When Restoran Kong Sai first opened in Bandar Puteri Puchong, it quickly gained a reputation for its delicious poached chicken; attracting hordes of hungry diners who would queue to get in over dinnertime. While the resto has since expanded to include the adjacent shop lot, the crowds remain – so it’s best to come early to grab a seat, especially on weekends. 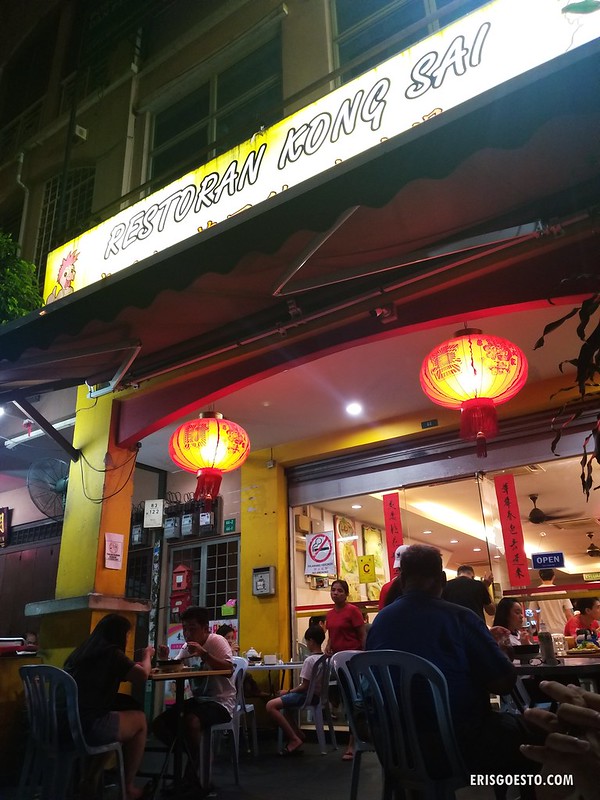 The air-conditioned area was packed so we sat outside. Service was fast and efficient. They don’t have an extensive menu, but the few items that they have are all excellent. 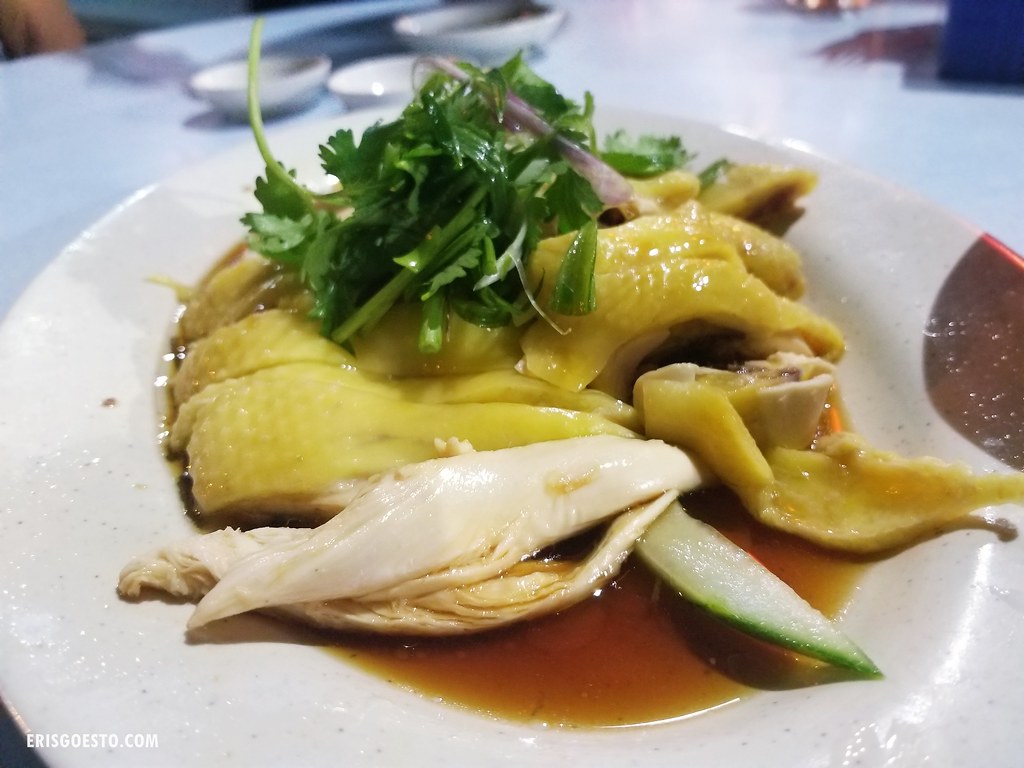 The star of the establishment is the poached chicken, which can be ordered in half and whole portions. There are two types available – Kampung (jau dei gai) which is smaller and has leaner meat, and dai san keuk gai (commercially reared) which is fatter and larger in size. Some people prefer kampung chicken because it’s healthier, while others prefer the fattier commercial chickens. Whichever you order, expect smooth, flavourful pieces of chicken that soak up the soy/sesame sauce really well. Getting poached chicken right without drying it out is difficult, but Kong Sai delivers with aplomb. Each piece is juicy and tender. I usually don’t eat the chicken skin when it’s poached, but it’s nice and chewy here. 😀 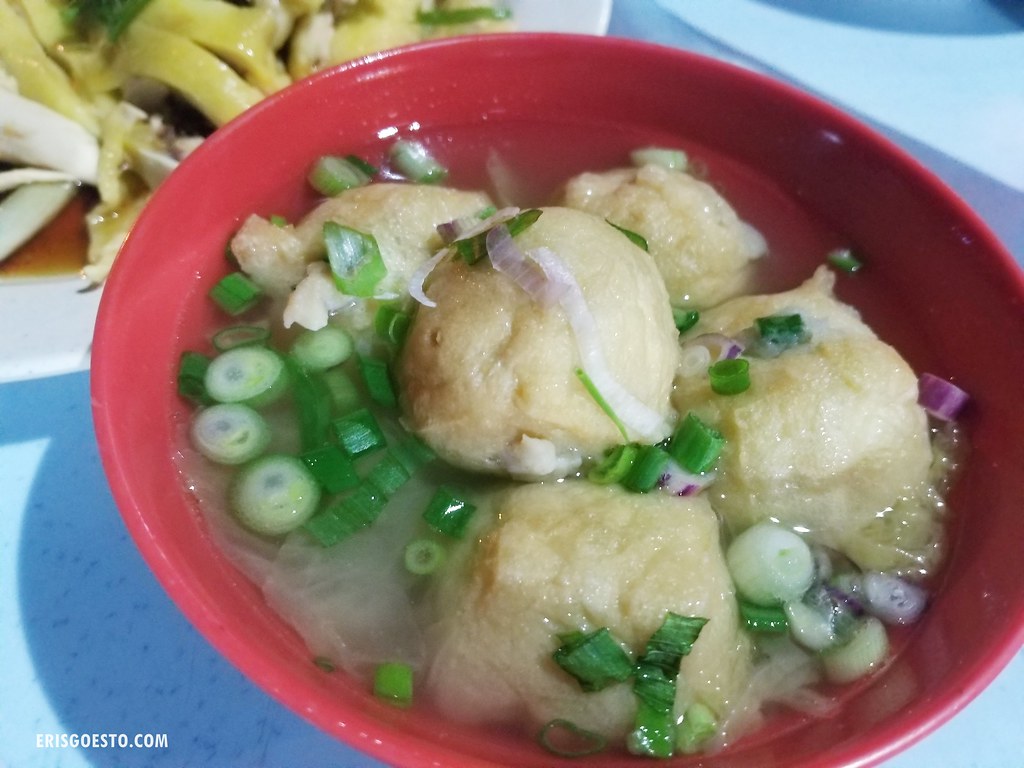 I would also recommend the stuffed tofu (minimum order five pieces), which consist of minced meat and vegetables stuffed into beancurd and served in a soup. The tofu balls are sizable and the meat is seasoned just right, with a delicate bite to it. 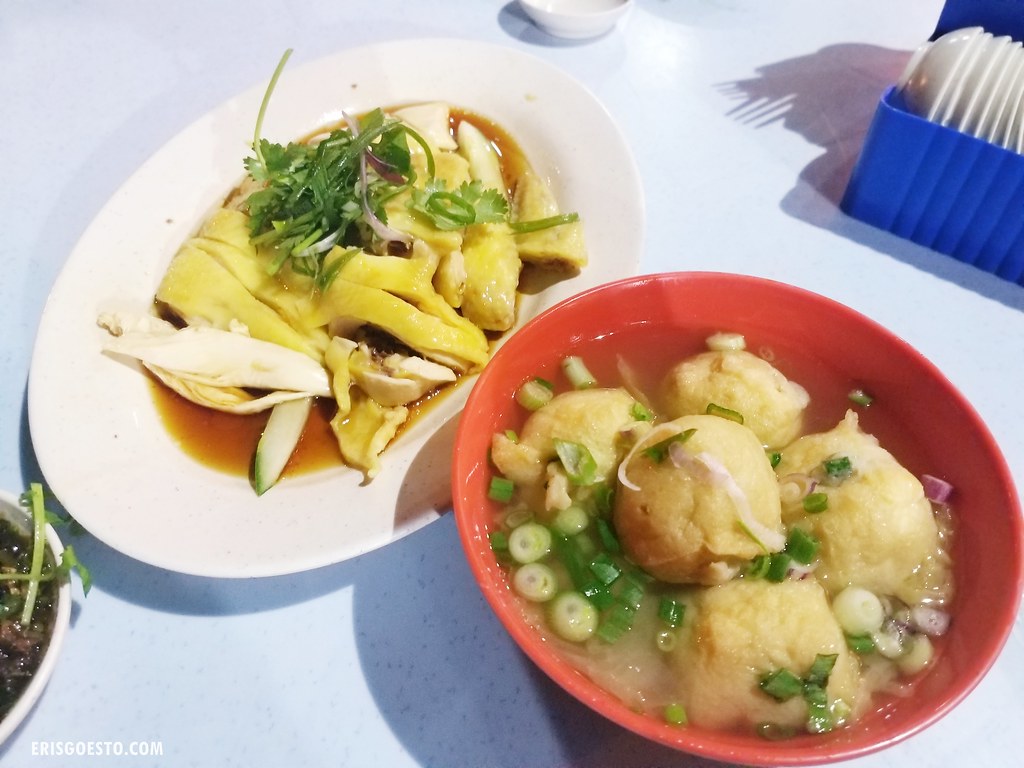 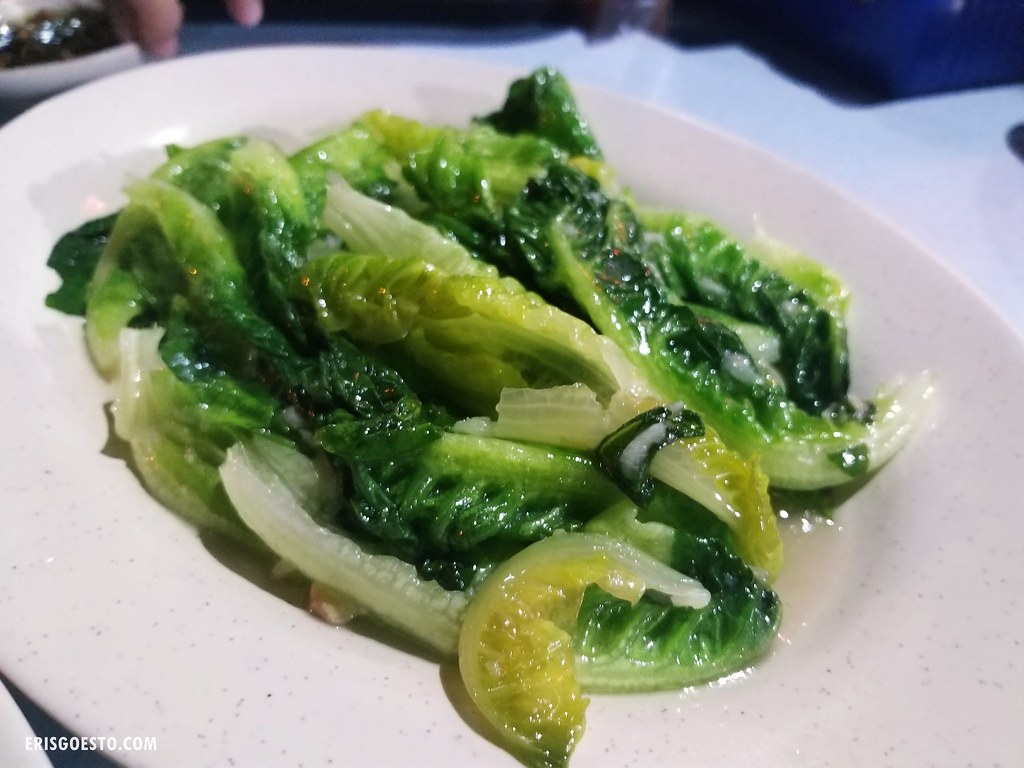 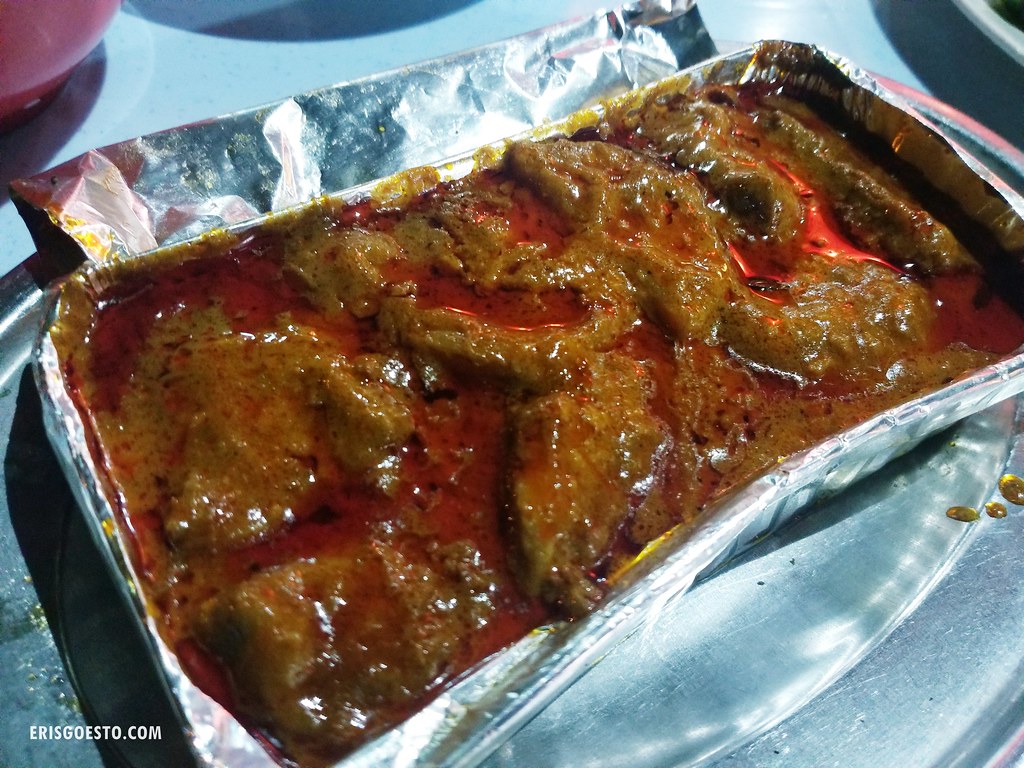 Another house speciality is the curried pork ribs. These are prepared in a limited amount each day. I think not everyone will like this as the curry is very mild and barely has any kick to it, but the curry has good flavour and the ribs are done well. Personally, I would prefer more ribs. You get a couple of huge potatoes and a few ribs, but they don’t have much meat on them. 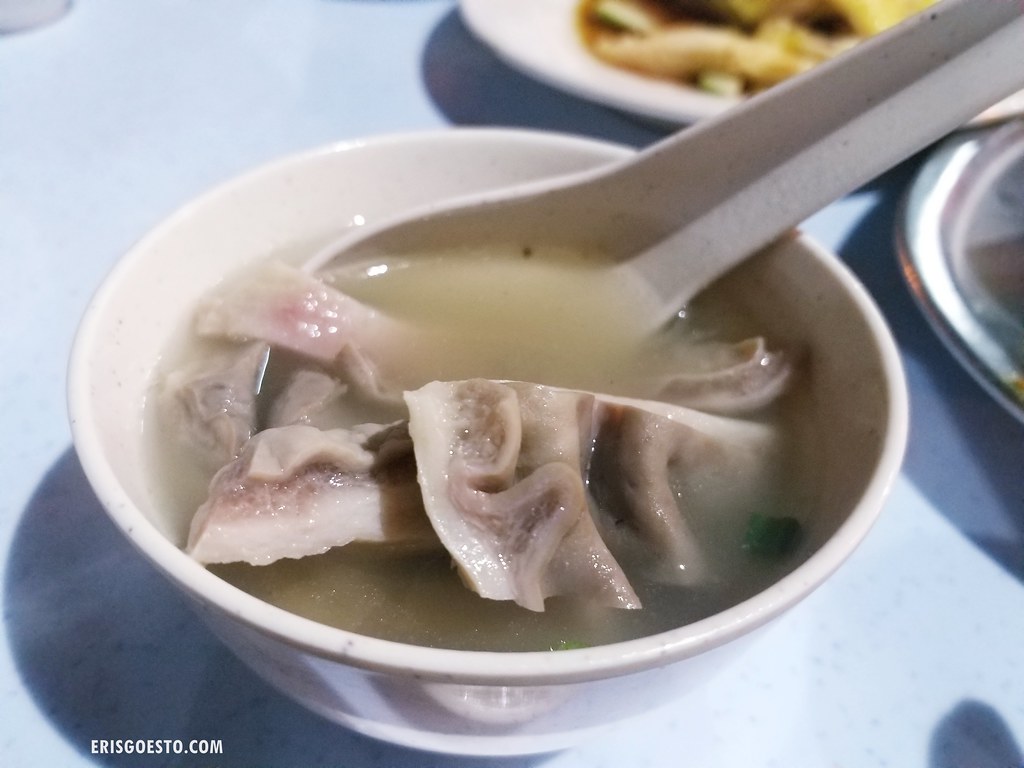 Kong Sai also offers various soups; such as peanut with lotus root and black pepper pork stomach soup. The latter is one of my favourites and they are generous with portions; even throwing in some pork belly slices. The pepper is not overwhelming either, and the offal tastes clean with no gaminess.

Our meal for four came up to RM94 for 2 soups, 4 dishes, 4 portions of rice as well as drinks, which is quite reasonable. The star is surely the chicken, but everything else is pretty good as well.