Tokyo is home to an abundance of eateries, and it’s not unusual to stumble upon a hidden gem while walking through a narrow alleyway at night. Like this one: 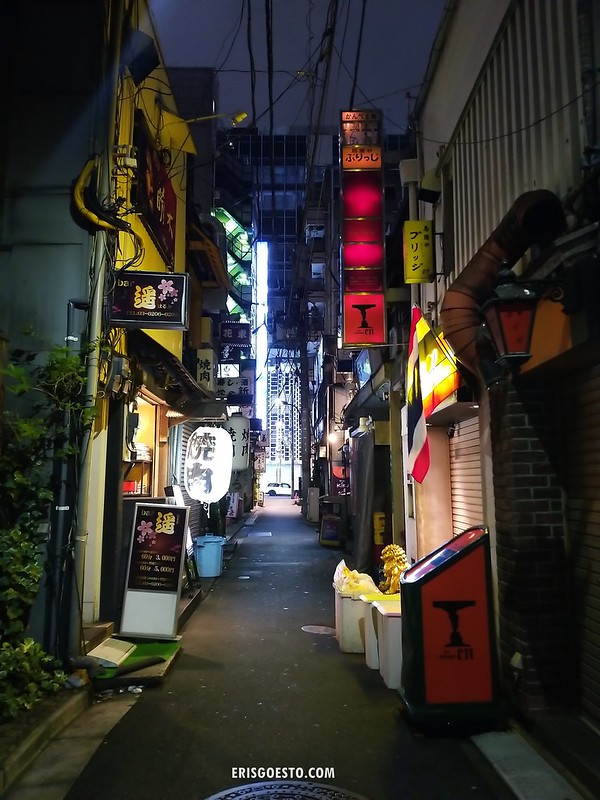 Heavy on the tech noir feels.

I must be the worst food/travel blogger ever, because I snapped pictures of the place thinking it’d be easy to find later on Google Maps.

Googling the few Romanised shop signs in the area yielded no results, but after much sleuthing, I managed to find the resto we dined at through the Street View function – I still dunno what it’s called because the sign is in Japanese, but it’s at the same row as An-Deux Kitchen (アンドゥーズキッチン) in Shimbashi. 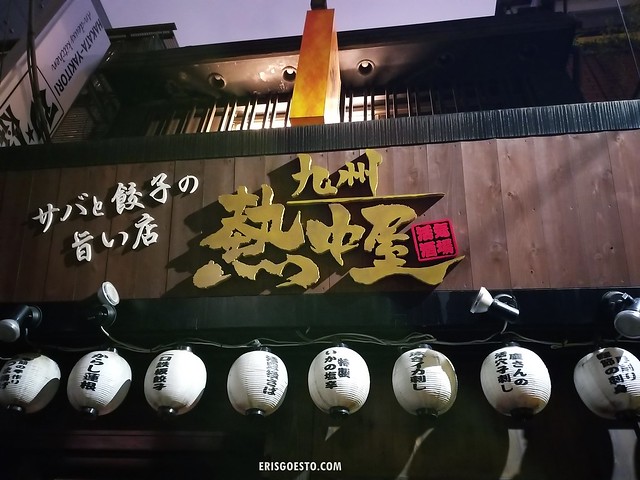 Store front. If anyone reads Japanese, I’d greatly appreciate if you could tell me what the name is! 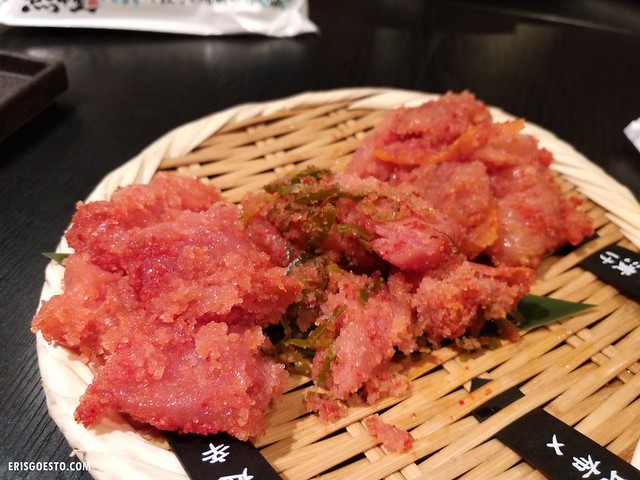 The menu was designed to look like a broadsheet newspaper, complete with ‘ads’ promoting special items. There were some pictures, but everything else was in Japanese, so we let Ken-san do the ordering. For appetisers, there was a spicy fish roe of some sort, served in a bamboo wicker tray. It was spicy and salty with an almost overwhelmingly fishy taste – might not be the best dish to order if you’re not familiar with pungent dishes. 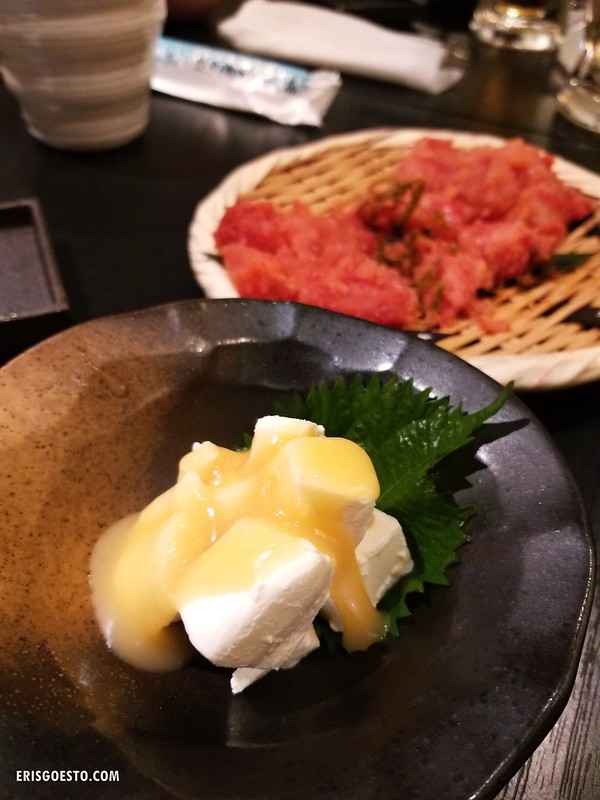 I think these were cream cheese cubes with a fermented bean sauce. Surprisingly addictive! 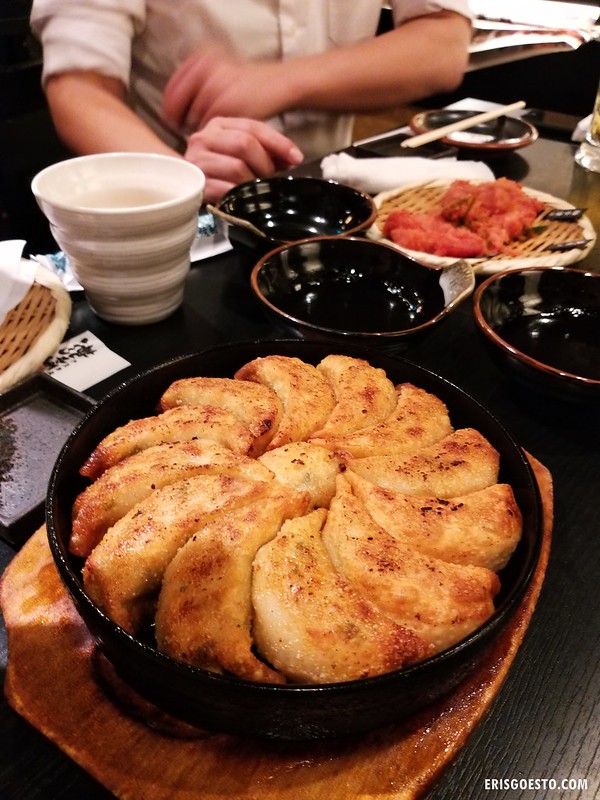 The pork gyoza was served in a sizzling deep-dish pan, shaped like a blooming flower. Despite being quite oily, it did not feel greasy or cloying. The skin had perfect crispness, enveloping each gyoza’s juicy, meaty insides. Easily the star of the night! 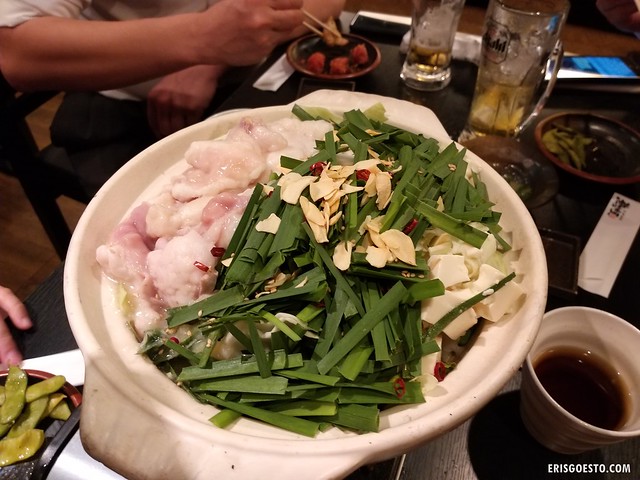 Ken-san said this is a local specialty – hotpot with very fatty pork. If you’re a fan of fatty pork then this will be right up your alley. I liked the pork, but not the massive amount of kow choi (chives) in it. After you’re done with the pork, they add tonkotsu (pork bone broth) into the pot and a round of ramen so you can enjoy the noodles with the soup. 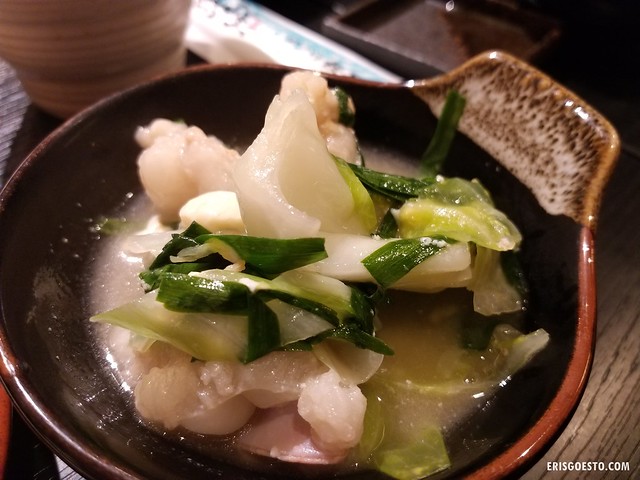 The soup was very hearty and comforting, and I liked the chewy, fatty pork. Not so much a fan of chives, and you know how chives can be – the flavour permeates through everything.

Ken-san ordered way too much ramen and we were practically rolling out of the door by the end of dinner.. but yeah. If you’re in the Shimbashi neighbourhood, look out for this resto ! The gyozas are to die for. Address below is the one for An-Deux Kitchen; the resto is just a few steps away.

One thought on “We Ate At A Random Resto In Tokyo : Out-Of-This-World Gyoza + Fatty Hotpot”