Bumbu Bali has been around for many years, and is well known among Puchong-ites for its Balinese and Western fusion dishes served in a relaxing atmosphere. Despite having lived in Puchong for almost all my life, I’ve only been here a couple of times because of its higher-than-average price.  But since it was the Bruh’s birthday, we decided to splurge on a nice meal. 🙂 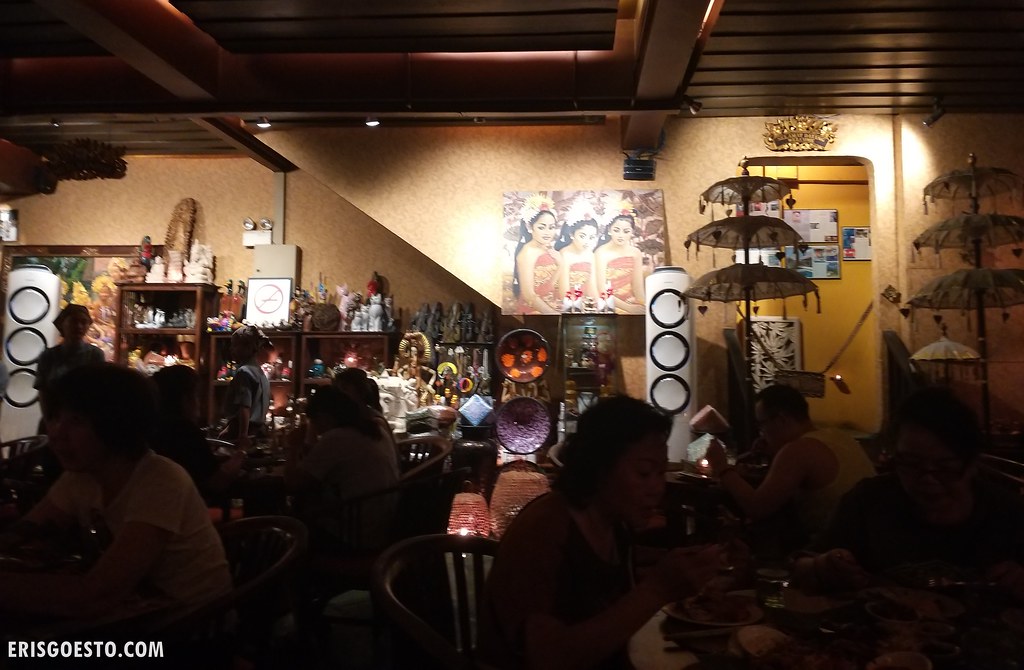 Dim lighting makes for an intimate setting, with cosy wooden chairs and tables, and one side of the restaurant adorned with various Balinese decorations like paintings and statues (some of these are for sale). 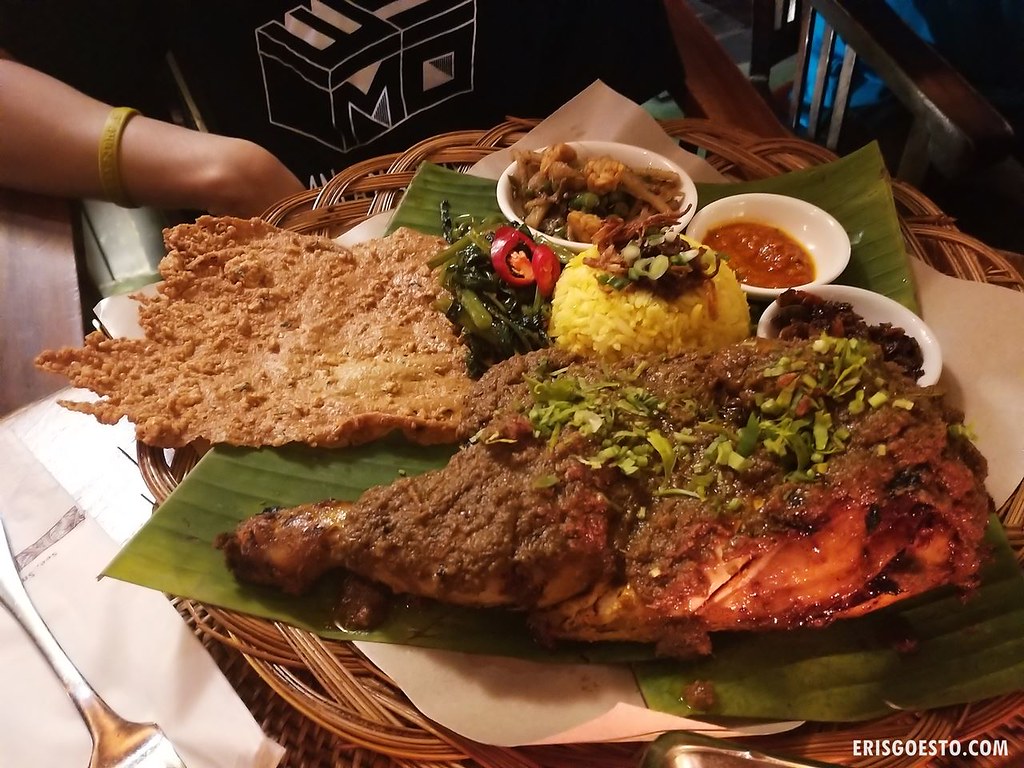 When it came we were taken aback by the humongous portion – they essentially served half a chicken on the plate. The dish also came with Nasi Kuning (rice with turmeric), various sambal sauces, Rempeyek (anchovy cracker), Lawar Kacang (beans salad) and sauteed kangkong. If you’re a small eater, I suggest sharing this.

Tried a bite and felt the chicken was a little dry, but this is quite common in Indonesian and Malay cooking (think dry rendang) and they seem to like the meat to be on the tough side rather than moist and juicy. 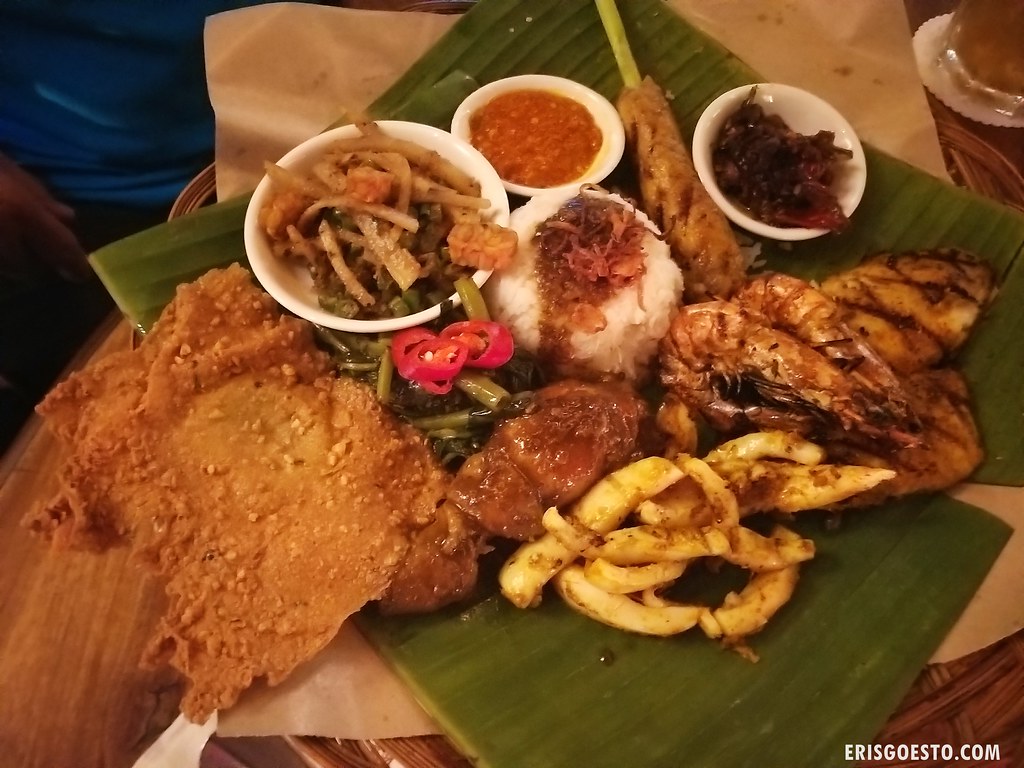 Pops had the Nasi Campur (RM37), consisting of Balinese grilled lemongrass prawns, squid, fish, chicken rendang and sate lilit, as well as the same condiments as the Bruh’s set. Again, the portion was humongous, and even my dad who is a big eater had trouble finishing it. 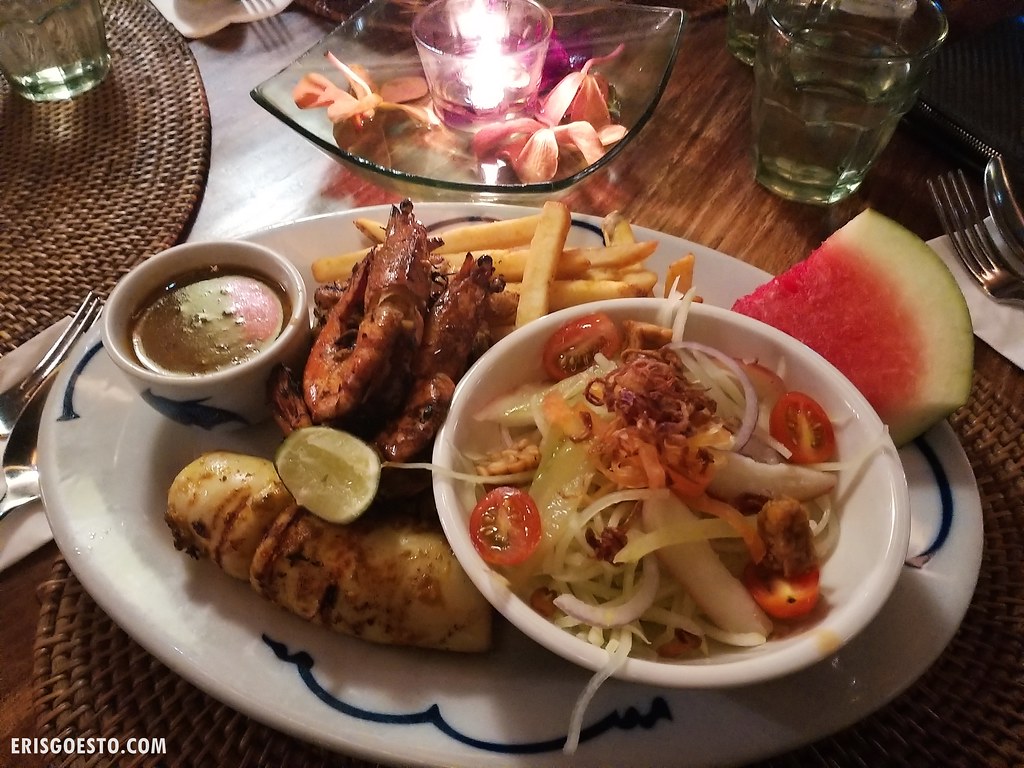 N and I shared the Seafood Platter (RM39), which had grilled fish fillet, squid and prawns. It came served with fries, fruit and a salad. The seafood was pretty good, with a nice smokiness. 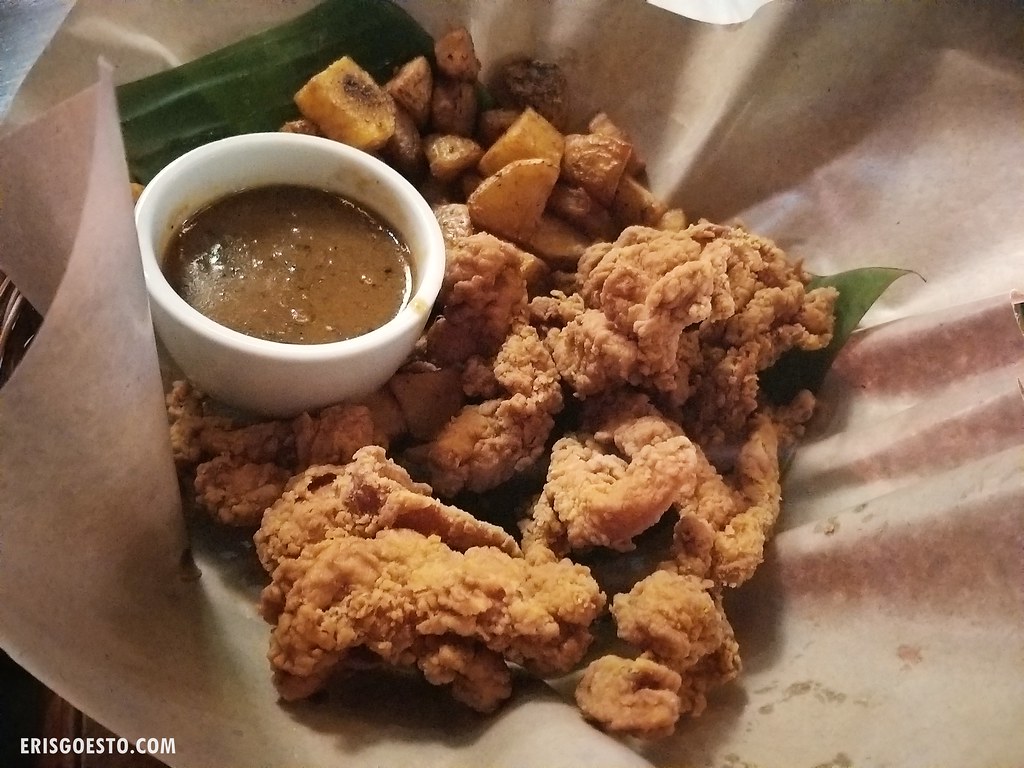 For snacks, we shared the fried chicken strips (RM17), served with garlic pepper sauce. This was mostly chicken skin but oh-so-addictive. The sauce was strong and garlicky.

I have to say that everything was salty though. Or maybe it’s just because my fam and I are used to milder flavours, because N said the seasoning was just right lol. It wasn’t that the food wasn’t tasty, it was just a bit on the salty side.

Service was excellent, although there seem to be wayyy too many servers – I think there must have been more than 10 of them to service 5 or 6 tables for dinner!

Owing to the big portions, its best to come in a group if you’re planning a visit. 🙂