Kuala Lumpur’s Chinatown has a storied history. Like many Malaysian cities with a rich tin mining heritage, it started off as a pioneer town, with a large Chinese migrant population. Although Malaya was then under British rule, the colonists often appointed overseers from within the respective communities – and in KL, a “Kapitan Cina” administered over the Chinese.

One of these Kapitans, Yap Ah Loy, is attributed to the founding of KL’s Chinatown. After devastating fires, floods and civil war between the Chinese (from the Hakka and Cantonese clans) for control of the tin mining trade, many of the miners and coolies were keen on skipping town. Yap  persuaded them to remain in KL and ply another trade: growing rice and crops. He opened a tapioca mill in Petaling Street, which allowed trade to recover. In Cantonese, Petaling Street is called ‘Chee Cheong Kai’ (starch factory street), a tribute to its beginnings. 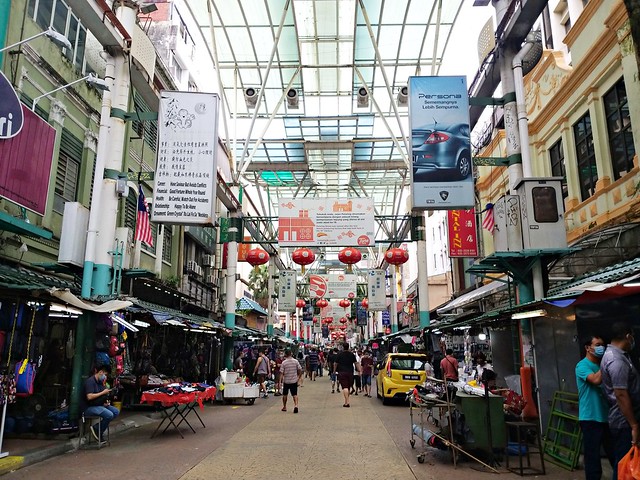 Over the years, Chinatown’s flavour changed (I wrote about this in a previous post, which you can check out here). It became less of a hub for Chinese culture and more of a cheap market for counterfeit goods, managed by foreign workers from Bangladesh, Myanmar, Vietnam, Indonesia, Pakistan and India. This loss of authenticity is the reason why I have not returned to Chinatown for many years – until recently. Times are hard, and the pandemic means that many foreign workers, whether legal or illegal, have been sent home. The street is much quieter now, and most of the stalls are manned by local Chinese again.

Thankfully, one thing that has remained unchanged through the years is food – and Petaling Street is home to many well-established, decades-old institutions, such as a 40-year-old muachi stall, a 2nd generation roast duck kiosk, wantan mee, and of course, Kim Lian Kee. 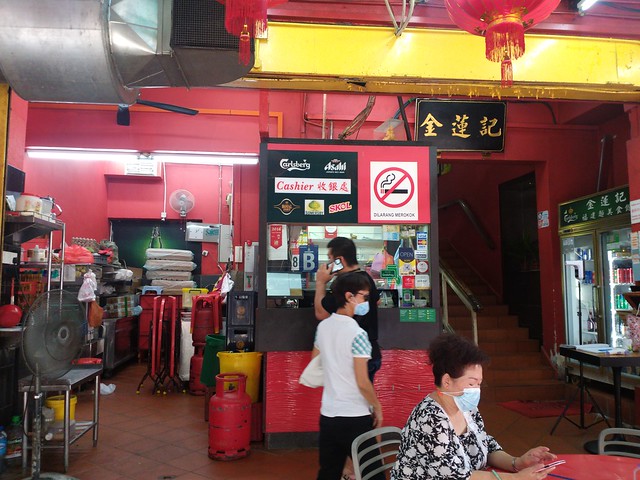 Widely touted as the ‘birthplace’ of Hokkien Mee in Kuala Lumpur, Kim Lian Kee was founded by a Fujianese migrant, Wong Kim Lian in 1927. That makes it close to a 100 years old! The brand has since expanded all over Malaysia, with proper restaurants in malls and commercial areas. At Petaling Street, the ‘original’ hawker stall, which has outdoor seating, sits just across the road from a slightly more upscale-looking resto with air-conditioning. 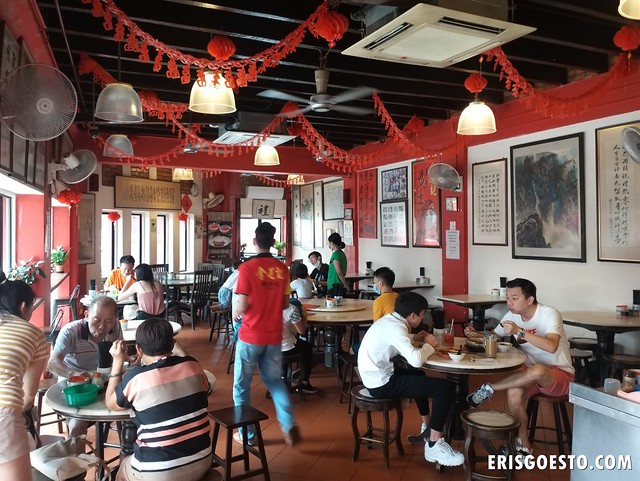 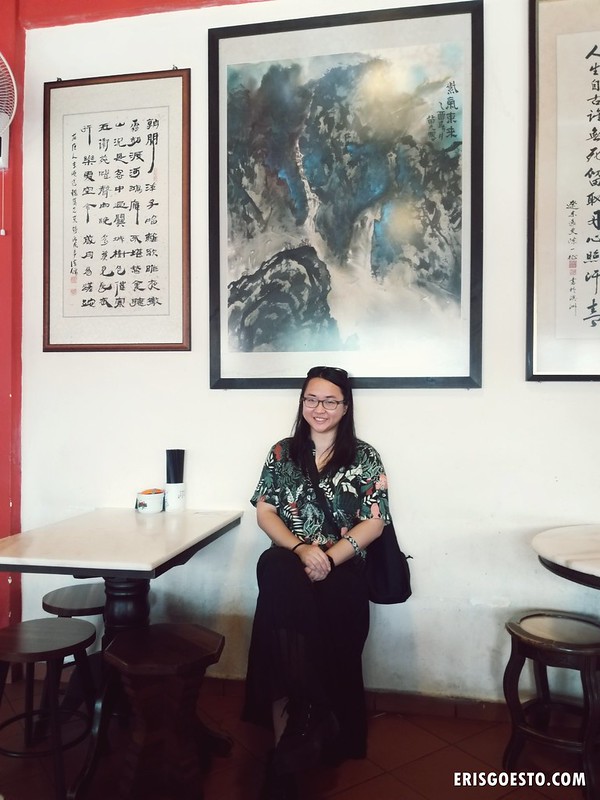 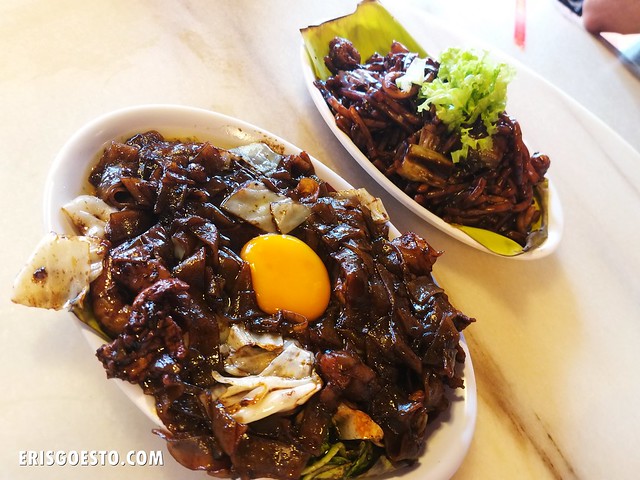 The style of cooking and noodles may have Hokkien roots, but Hokkien Mee was created by the Southeast Asian Chinese diaspora – and as such, you will not find it in China. Three places are known for their Hokkien Mee, and they are all slightly different: Penang’s version features thick noodles in a spicy broth made from prawn shells, prawn heads, prawn and pork ribs, served with pork slices, hard boiled eggs, kangkung, bean sprouts, fried shallots, sambal and lard. Singapore’s Hokkien Mee is stir-fried, lighter in colour and comes in a fragrant sauce made from stewing prawn heads, meat, clams and dried fish.

KL’s version, which is what Kim Lian Kee serves, is known as Hokkien char by Penangite Hokkiens, to differentiate it from the soupy one. It is stir-fried in a dark soy sauce together with ingredients such as pork, squid, fish cake, cabbage and lard. A good Hokkien Mee should be cooked over a charcoal fire, and the intense heat (wok hei) helps to seal in all of the flavours.

I had high hopes for KLK’s Hokkien Mee. Unfortunately, while it was decent, I would not say it is the BEST that I’ve ever tasted.  The noodles were nice and had bite, but they also had a strong bitter taste, likely from kan sui (lye, used in making yellow noodles). The yuet kong hor (moonlight kueyteow – raw egg on stir fried kuey teow noodles) was also just… okay. A tad disappointed, as I was expecting more from a place touting itself as the ‘birthplace’ of Hokkien Noodles. Oh well, you win some, you lose some. 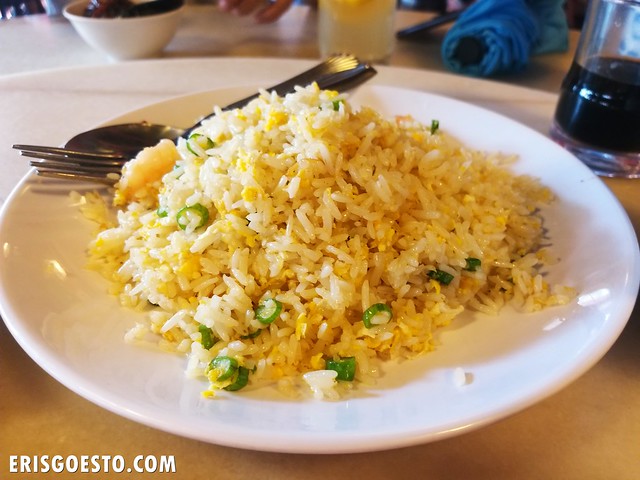 Aside from noodles, Kim Lian Kee has an extensive menu offering dai chow dishes like fried rice, fish and meat items, vegetables, tofu, etc. We got a fried rice with shrimp. Again, not bad but nothing wow either. The rice was a little hard. Uncle Roger would have a couple of things to say, 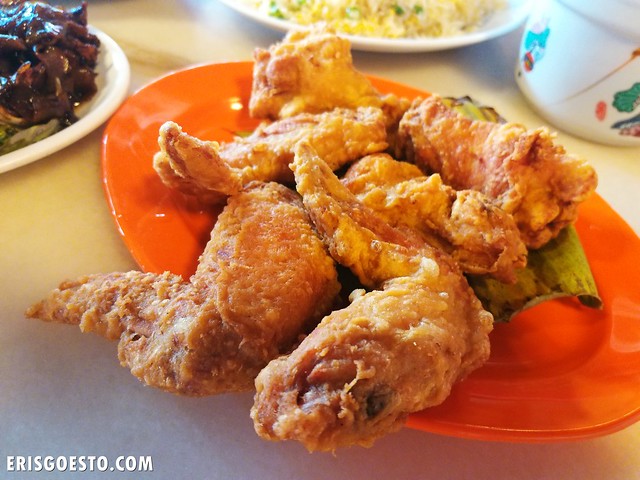 The best item that we ordered (the bro agrees) was the fried chicken wings. They came in a set of three pieces, freshly fried and still piping hot. The chicken was marinated well and had great flavour, the insides were juicy, and the skin was crispy.

Our meal along with drinks came up to RM68, Considering that we were in a tourist area, I think it is still a fairly reasonable price.

*The original hawker stall is at No.42, across the road, and is only open at night from 5PM.

**If you’re looking for awesome Hokkien Mee, I have two other suggestions. One is the Kim Lian Kee branch at Aeon Cheras Selatan, although I haven’t been back in 5 years so the quality may be different now), the other is Aik Yuen Hokkien Mee in Setapak, behind the Tawakal Hospital. The latter is literally a shack and looks dodgy af, but you know those are the kind of places that serve the best food lol.