Aoki-Tei has been around for a long time in Puchong; I just never had the chance to try it out. Figured C’s farewell dinner (she’s leaving for better prospects in HK) was as good a time as any to check out the place. 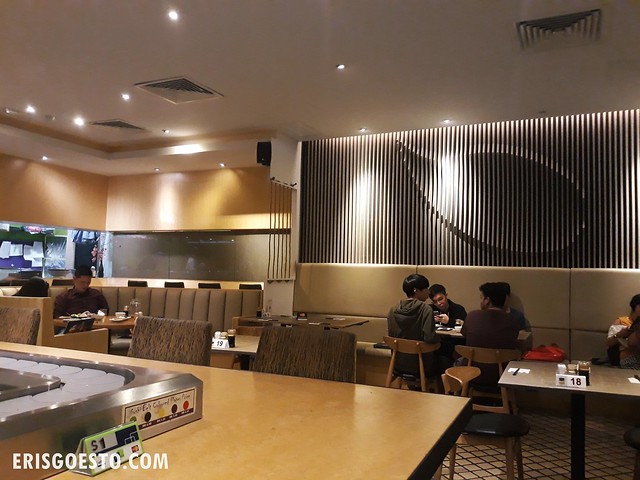 What almost turned me off when we first stepped into the resto was the service. We initially didn’t think of having the buffet option so I asked the front desk if ala carte was available. Although she responded to the query, it was short, curt and her unsmiling face just spelled out ‘you guys are wasting my time if your cheap asses are only going to eat ala carte’.

That aside, they were severely understaffed and it took some time before anyone attended to our orders. We changed our mind and opted for the buffet, told her we would like to have that instead, to which her demeanour changed immediately to be much warmer.  lol? 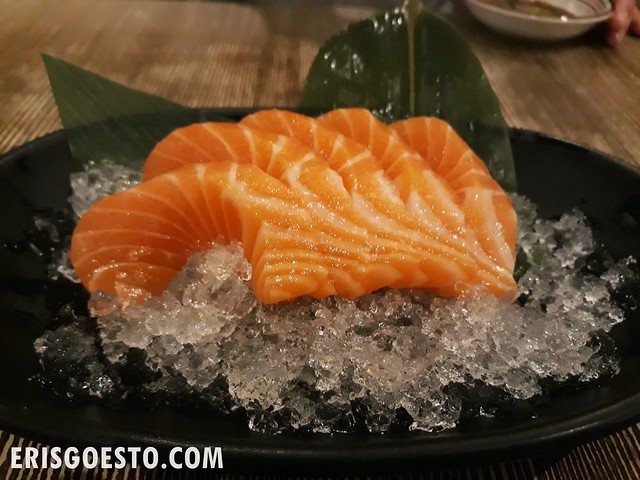 Ordering is done via chit. Anything on the menu is game, and they have a pretty extensive selection. For starters, we went for salmon sashimi on ice. Cut was thick with a nice coloration and taste. 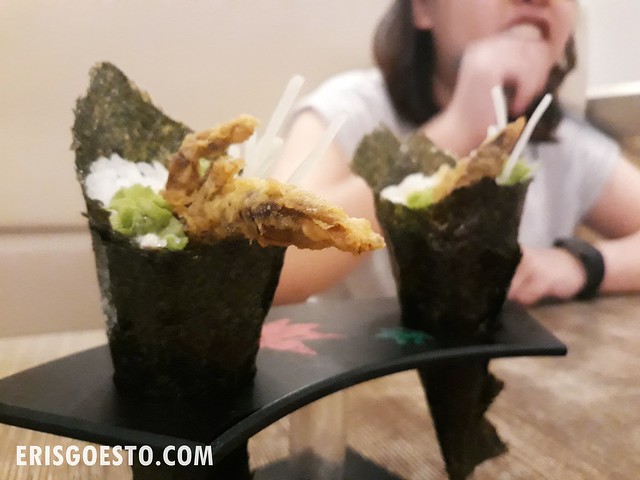 Soft shell crab temaki. Seaweed wrap was nice and crisp, the deep fried soft shell crab was not greasy and went well with the fresh greens and sushi rice. 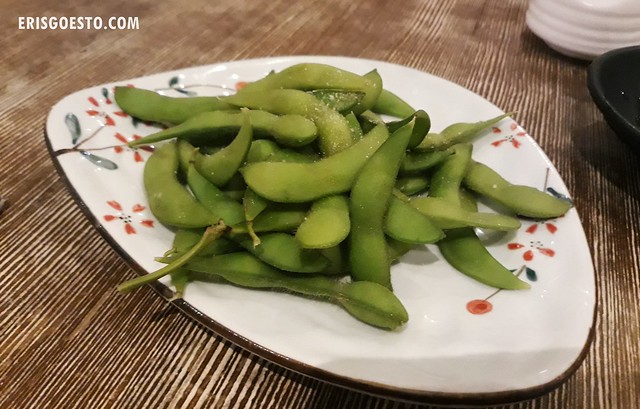 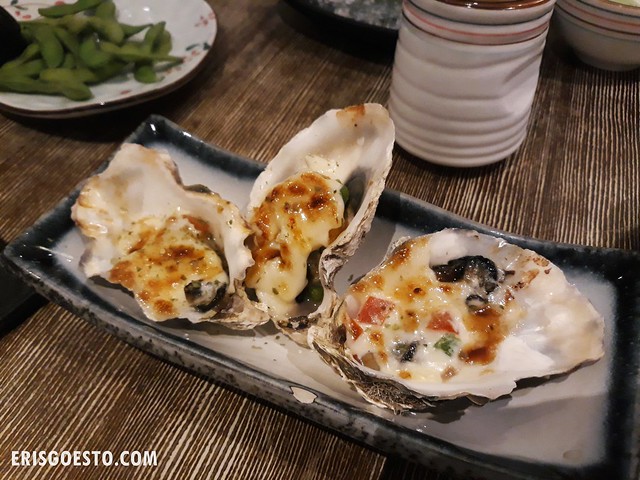 The baked oysters were fresh, succulent and juicy, complemented well by the saltiness of the melted cheese. 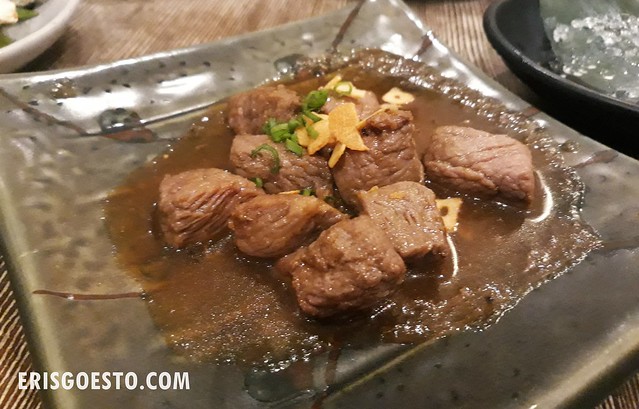 Despite it’s less than appealing appearance, the stir-fried beef with garlic sauce was one of the most excellent dishes of the night, with juicy beef cubes, still soft and tender in the middle and perfectly seared on the outside, swimming in a savoury, garlicky sauce. 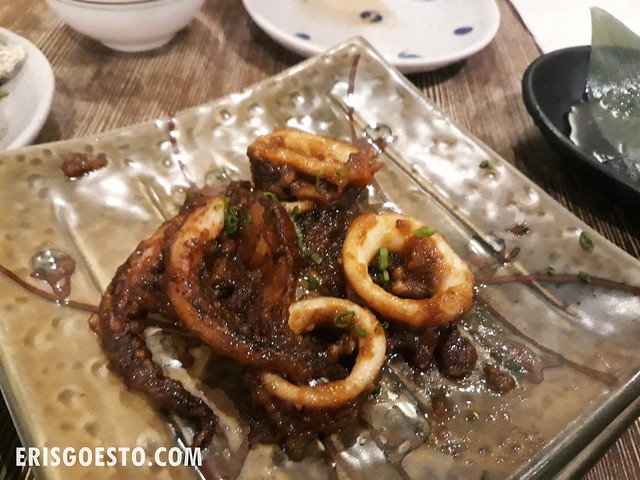 C wasn’t big on the stir-fried squid dish, but I liked the chewiness and the way the sweet and savoury sauce coated each piece. 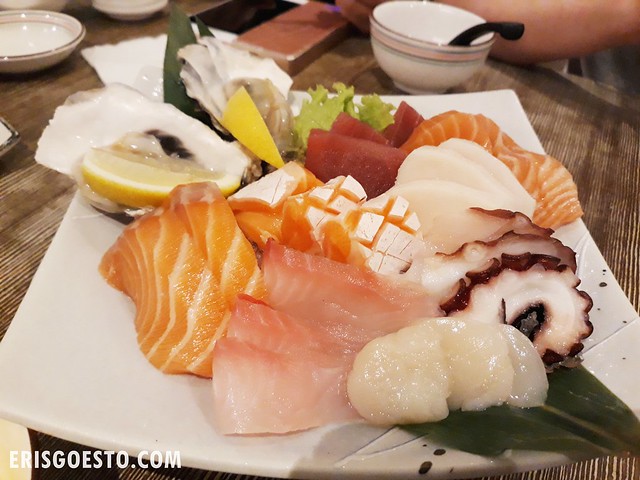 We had another sashimi platter to share, featuring different seafood cuts, including oyster, scallops, octopi, salmon, oyster and butterfish. The butterfish and salmon were both good, but the other items like tuna had a frozen quality to it, as it seemed completely tasteless. 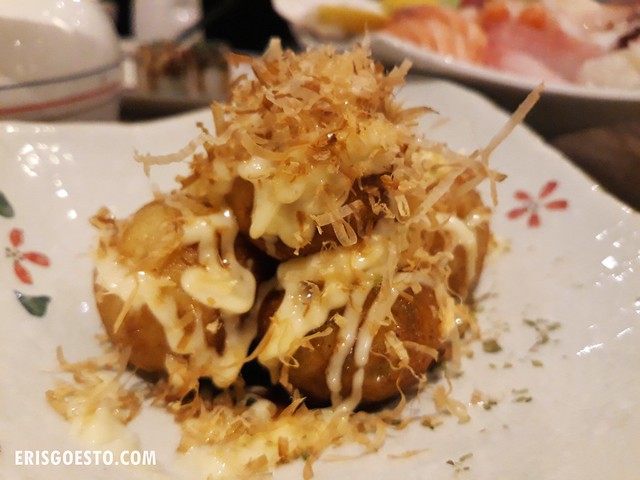 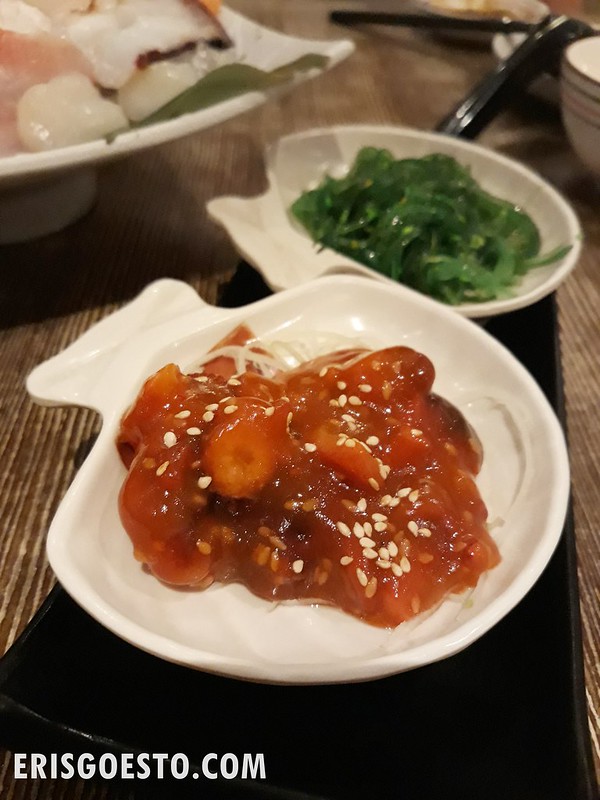 The chuka idaako (marinated baby octopus) was nice, chewy and well-seasoned, but I didn’t like the seaweed that came with it. 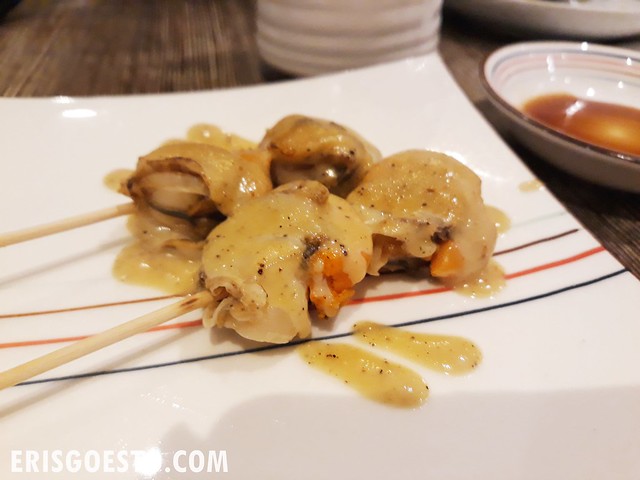 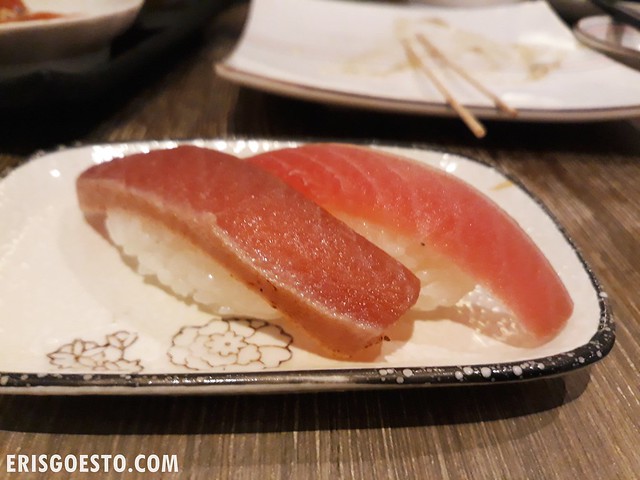 The seared tuna was again, tasteless despite its attractive appearance. 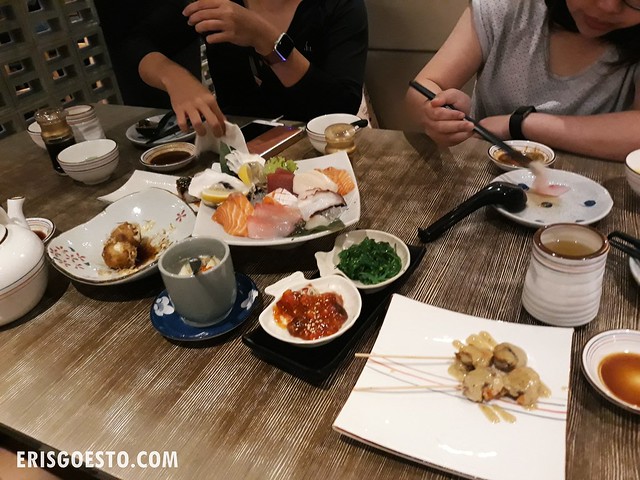 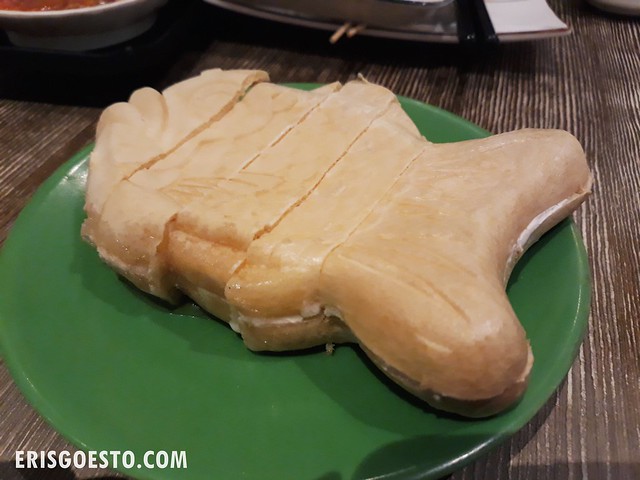 Rounding the meal off on a sweet note was the Taiyaki vanilla ice cream. The wafer wasn’t as crispy as it should be but it was tasty nonetheless.

Our meal for four came up to RM97 per pax, which was reasonable imo because of its value for money and variety on the menu. Service, though, was less than desirable as they were understaffed, slow and forgot several of our orders. All in all, a decent place if you’re craving for unlimited Japanese food while in Puchong.