This will probably come as a shocker, but I’ve never eaten fish head noodles before. Ever.

Cue ‘wtf what kind of Malaysian are you’ comments right now lol.

It isn’t because I hate it or anything  – it’s just one of those dishes that I felt no desire to seek out and try. Until my colleagues asked me to go along with them for lunch, that is. At nothing less than the best in Petaling Jaya (according to popular opinion on the internet): a place called Moon Kee Fishhead Noodle Restaurant in Section 19. 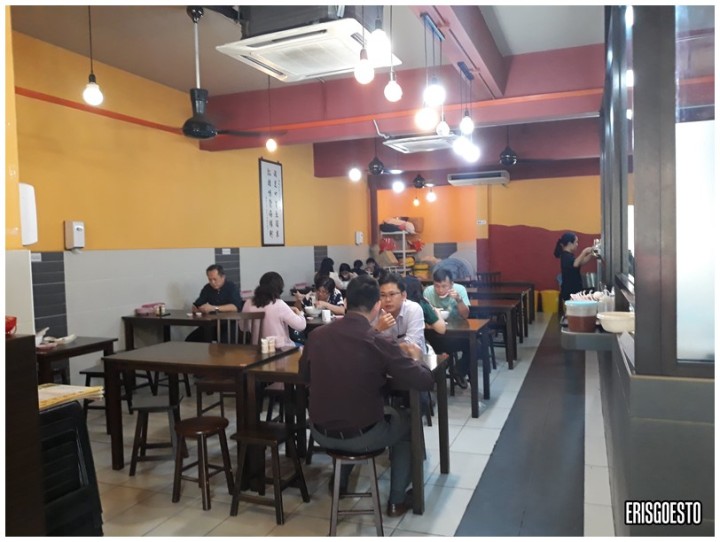 Parking here is notorious, but thanks to our art director’s ‘Surging Snake’ sign (he loves to believe that it is his astrology/luck that helps him find parking spaces), we found a spot directly in front of the shop. The establishment itself was no frills: just the kitchen area, simple wooden tables and chairs and a small dining area on the outside. 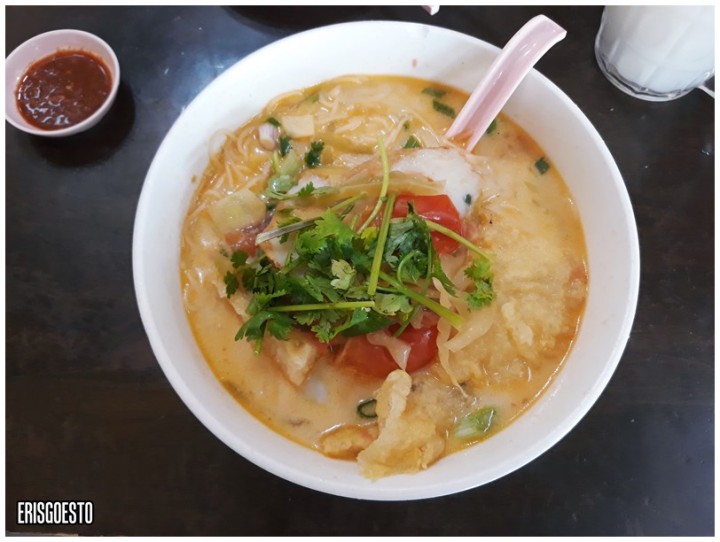 They had two types of soup: Milky (above) and seaweed.

We all chose the Milky soup base. I went for the fish maw + fish cake with bihun (RM11.50). It came topped with chopped coriander. It was a huge portion and chock full of ingredients; very value for money.

There was a whole slab of fishcake and two gigantic fish maw pieces, two fishballs, preserved salted vegetables (ham choi) and tomatoes, all swimming in a sea of seafoody goodness. Tastewise, I really enjoyed the creamy soup which was sweet with a hint of sourness from the tomatoes and hamchoi. I was also amazed at how the bihun kept an al dente texture throughout, as noodles tend to go soggy after they’ve been soaking in soup for too long. 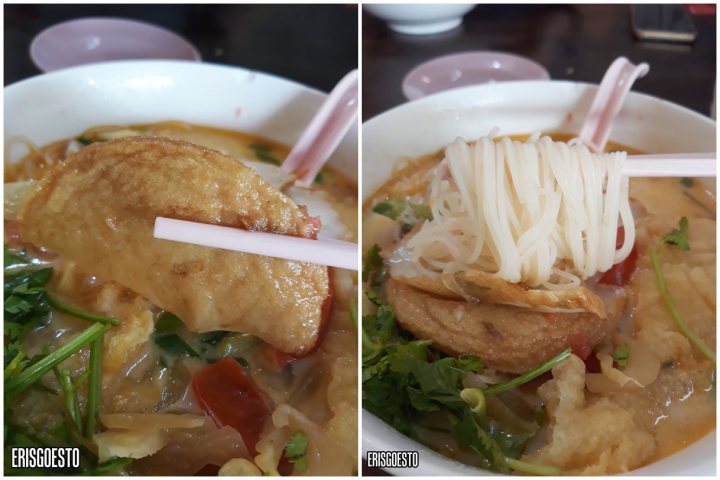 The fried fish cake slices had great flavour, but the winner was really its texture – bouncy and springy to the bite. 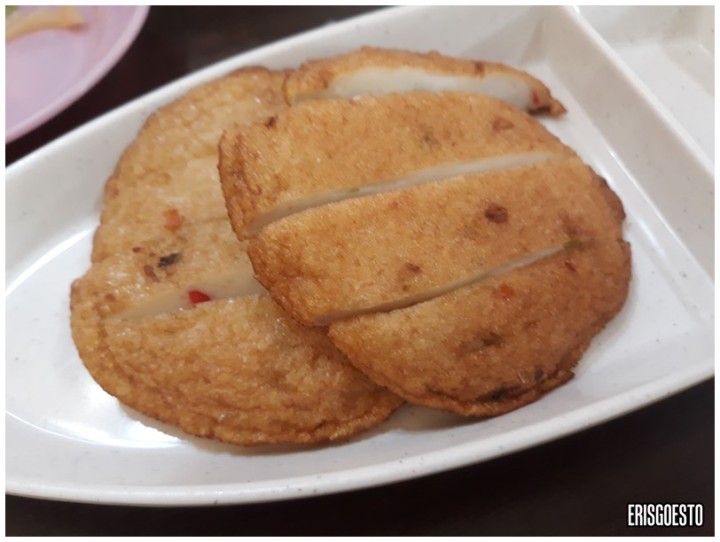 It was so good we got a separate snack to share. 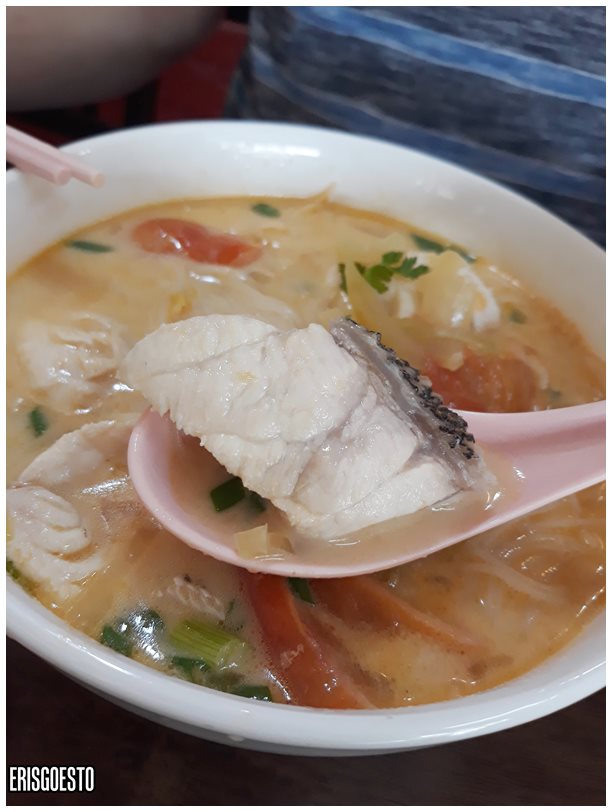 My maiden experience with fish head noodles has been a good one at Mon Kee, and I look forward to another visit soon!