I’m pretty thankful for the job I have and the experiences it affords me.

I mean, it’s not everyday one gets to meet, let alone have a sushi Masterclass with a celebrity chef like Nobu Matsuhisa. Known for his unusual approach of combining traditional Japanese techniques with Peruvian ingredients, the 70-year-old restaurateur has several restaurants (and hotels) around the world bearing his name, all frequented by celebrities and prominent people in society. He was in town recently to visit his Kuala Lumpur restaurant, and members of the media were treated to a crash course in the art of sushi making. 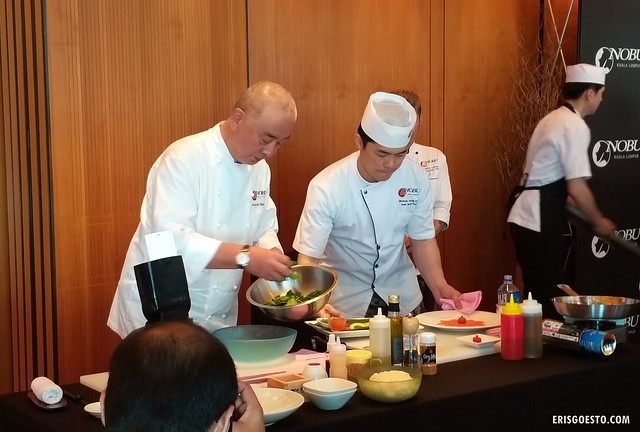 Chef Nobu demonstrating one of his dishes. He related an interesting story about how a guest once declined to eat sashimi after it was served to the table, saying she ‘didn’t like raw food’. He took it back to the kitchen, heated some oil and then poured it over the sides that the fish would be cooked on the edges, without disrupting the original dish’s presentation. The guest ate it. 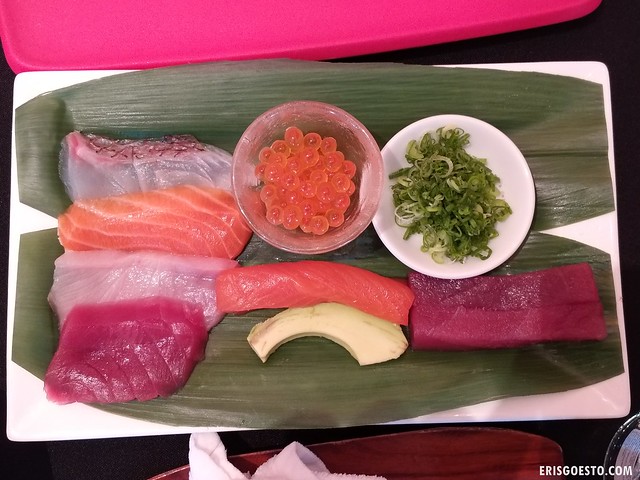 What we were making: nigiri sushi and some rolls. 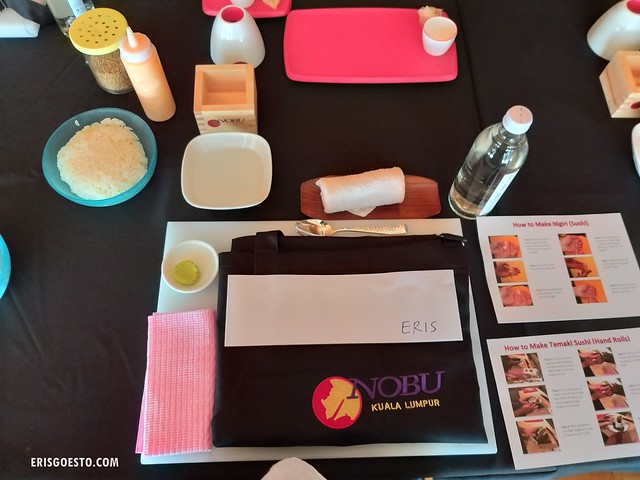 We each got an apron, a board and ingredients at our workstation. Assisted by some of the younger Nobu KL chefs, we were then instructed to roll our sushi rice into a ball.  Easier said than done! The rice was extremely sticky, and we soon had bits of rice everywhere. Mine refused to clump properly into any sort of shape. Ended up with the apprentice chef making most of my nigiri for me lmfao 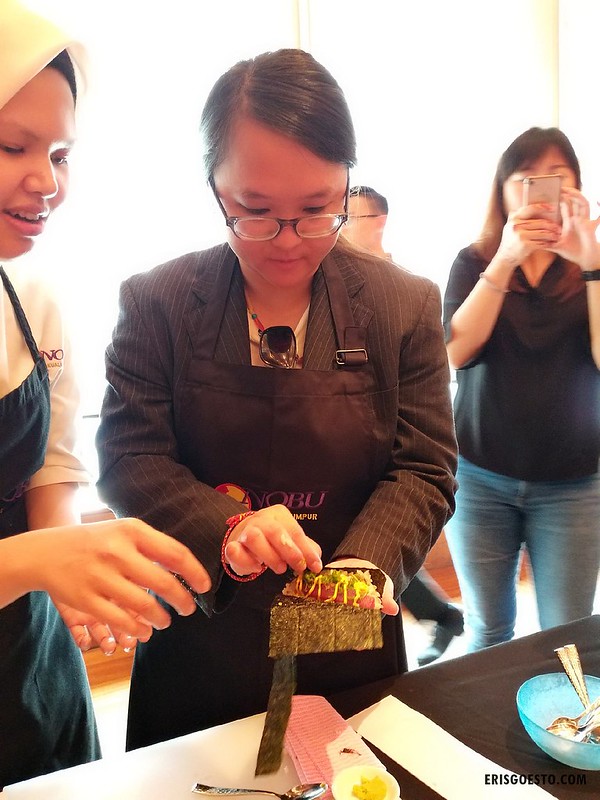 The rolls were much easier as all I had to do was, well, roll it up. 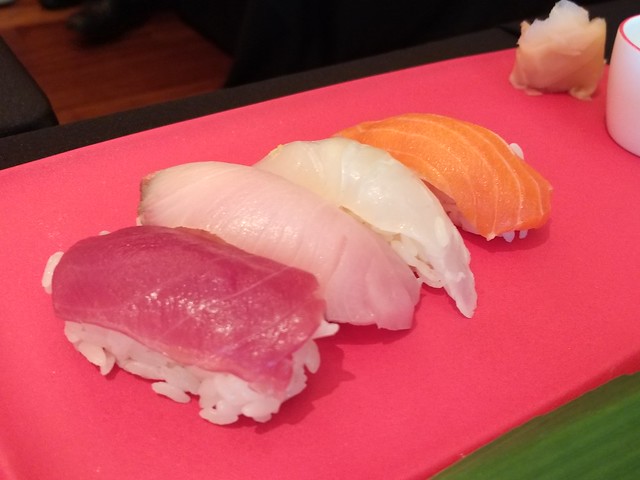 Making good sushi can take years to master – it is truly an art form. That aside, we ate the sushi we ‘made’. What I can say is the fish was really fresh. lol.

This October, you can get a taste of the “Ode to Nobu” omakase menu, uniquely designed and curated by Chef Nobu himself together with the team of chefs at Nobu Kuala Lumpur. The elegant 7-course menu, available until 31 October 2019, will elevate selected Nobu signature and Malaysia-exclusive dishes, with the addition of luxury ingredients such as caviar, uni and truffle. 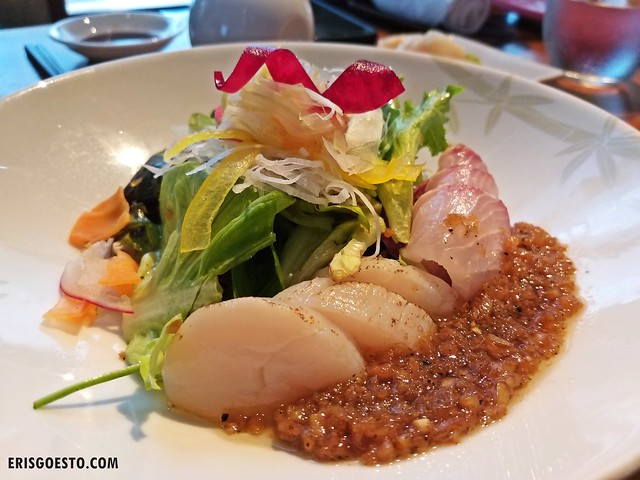 We tried some of the dishes, starting off with Seared Kampachi and Scallop Sashimi with Salad. Fat, juicy scallops and thick slices of kampachi (Almaco jack) were served on a bed of greens with an oily but light dressing that brought everything together well. You get the crisp crunch of the vegetables, as well as the sweetness and the ‘meaty’ texture of seafood, all in one bite. 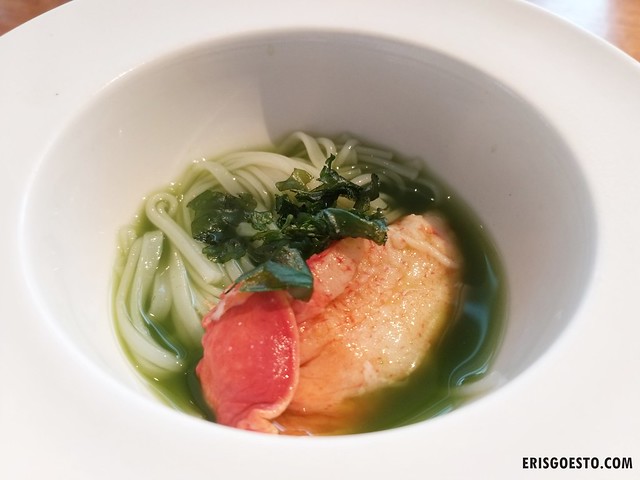 The Cold Inaniwa with Lobster in Watercress Soup was another winner. Served cold, we were treated to a whole lobster claw swimming in an emerald green soup that gets its vibrant colour from the mild, herby watercress. Inaniwa noodles are not as well known as ramen and udon outside of Japan, but they are essentially hand stretched udon with a thinner, chewier texture. 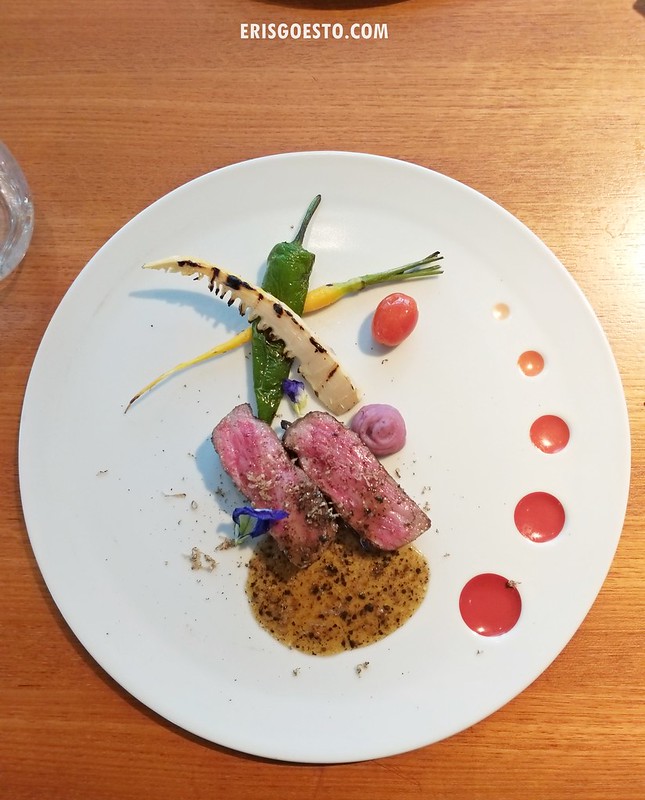 The star of the afternoon was the tender Wagyu Truffle Sansho Pepper Sauce with wasabi purple potato puree, grilled takenoko and baby vegetables. Melt-in-the-mouth does not even begin to describe the fatty, beefy goodness of the meat – it felt like butter dissolving on the tongue. Nobu uses Miyazaki A5 wagyu, the highest grade available. Even without the Sansho Pepper sauce, digging into this was pure bliss. 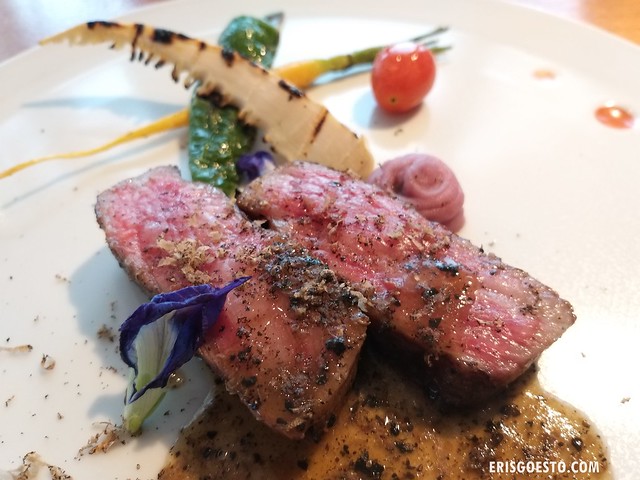 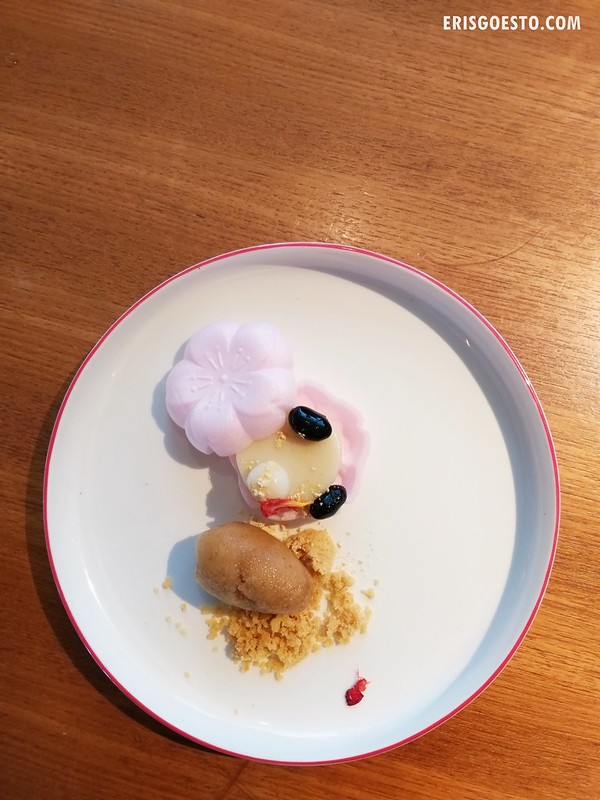 Ending the meal on a sweet note was the exquisite Soya Panna Cotta on Monaka & Monk Fruit Sorbet with kinako, mocha and kuromame. Loved the delicate pink sakura-flower shaped wafer, and the monk fruit sorbet was both refreshing and intriguing – haven’t seen the fruit used much in desserts other than the Chinese ‘leong sui’.

In addition to the exclusive menu, Nobu Kuala Lumpur has also launched its Sushi master Class, spearheaded by Chef Chico Dator, Head Sushi Chef of NObu Kuala Lumpur. The class will be available on the first Saturday of every month from 11AM to 2PM, with a minimum booking of six persons, two weeks in advance. Guests will have the opportunity to acquire knowledge of sushi making, and the session is inclusive of lunch and a signed Nobu cookbook by the Nobu Kuala Lumpur chefs.