Chee cheong fun – aka steamed rice rolls – is a Cantonese Chinese dish originating from Guangdong province. In Malaysia, it’s a pretty common sight at breakfast; either prepared in the traditional Hong Kong-style (with filling in a soy sauce), or served with various fried and boiled goodies such as fishballs, beancurd sheets, chillies stuffed with fish paste, and more. 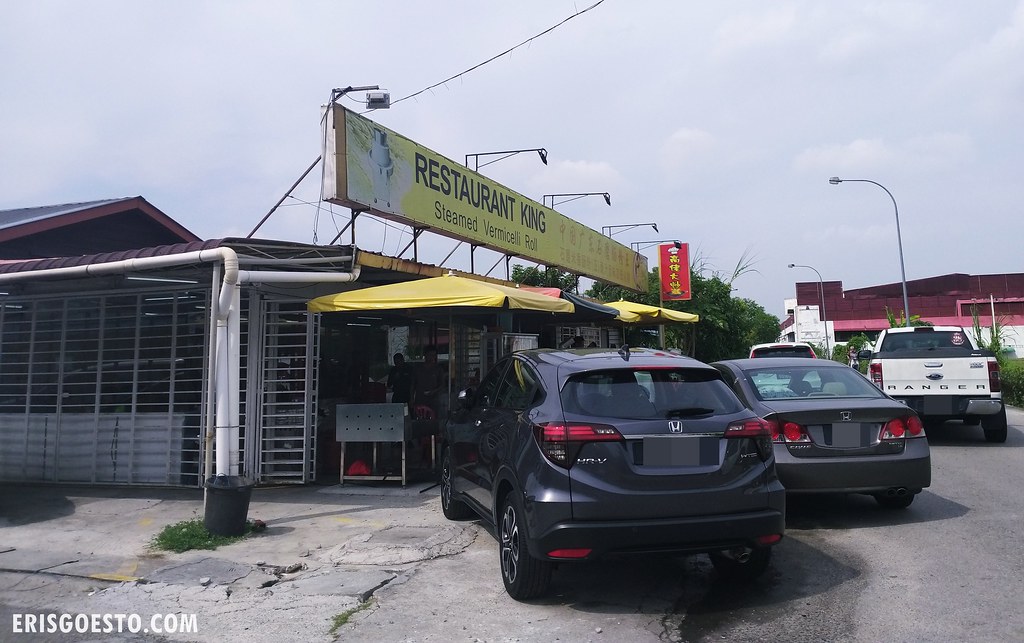 On the recommendation of a Facebook post, Moo and I decided to try out the chee cheong fun at a place called King Restaurant in Batu 14 Puchong. Apparently the place has been around for a while now, and it just goes to show how long I haven’t been in the neighbourhood, lol. The shop prides itself in serving flat rice noodles prepared the traditional way; ie the rice flour is ground in a large stone grinder. 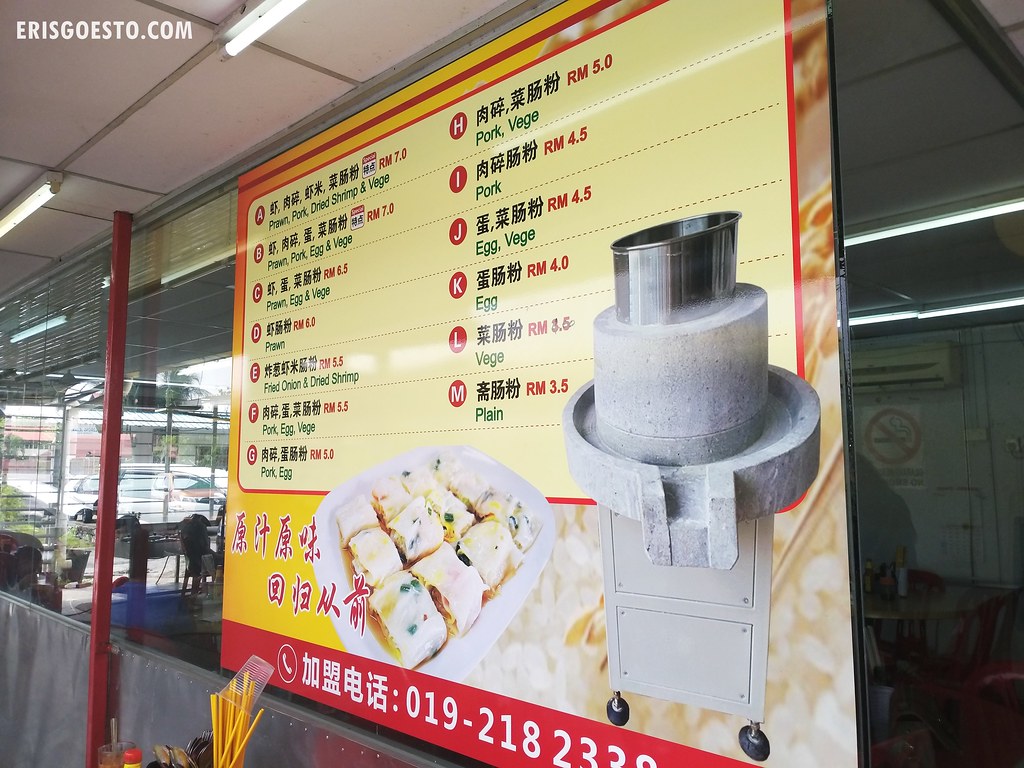 Most HK-style chee cheong fun typically uses shrimp and pork as fillings, but the version at King also features ingredients such as egg, veggies, onion and dried shrimp. Prices are reasonable, and portions are generous. 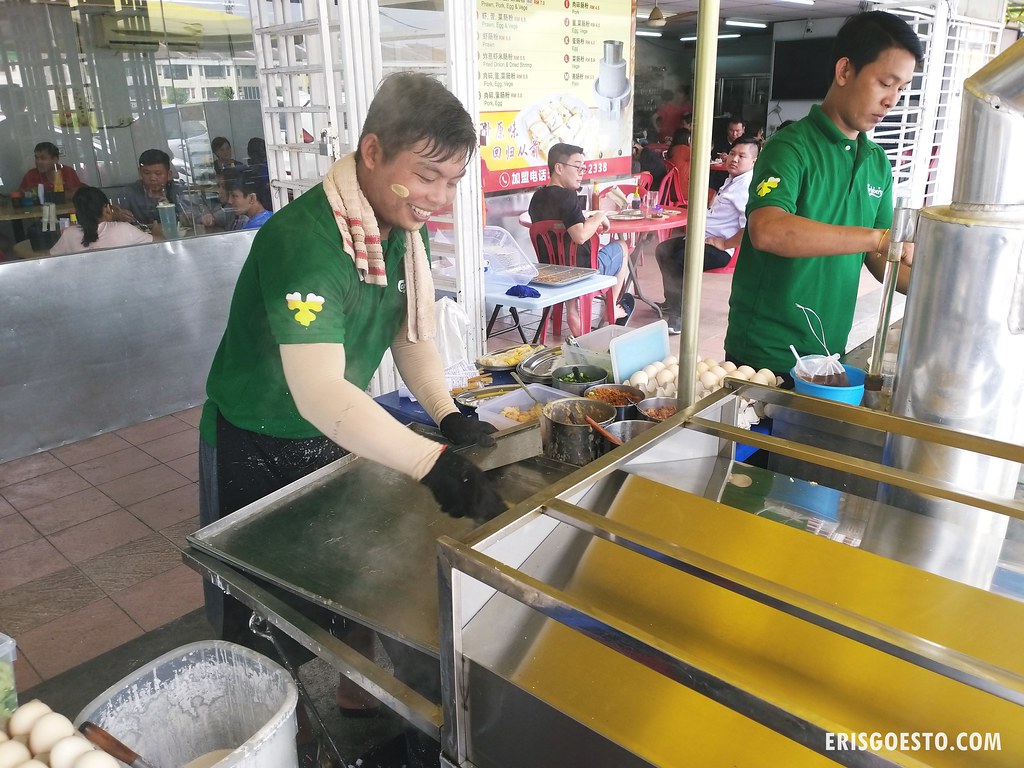 Making good chee cheong fun is a test of skill and speed. The rice flour mixture solidifies almost immediately upon contact with heat, so the chef has to spread it out quickly, let it steam, fill it with ingredients and then roll them up quickly. 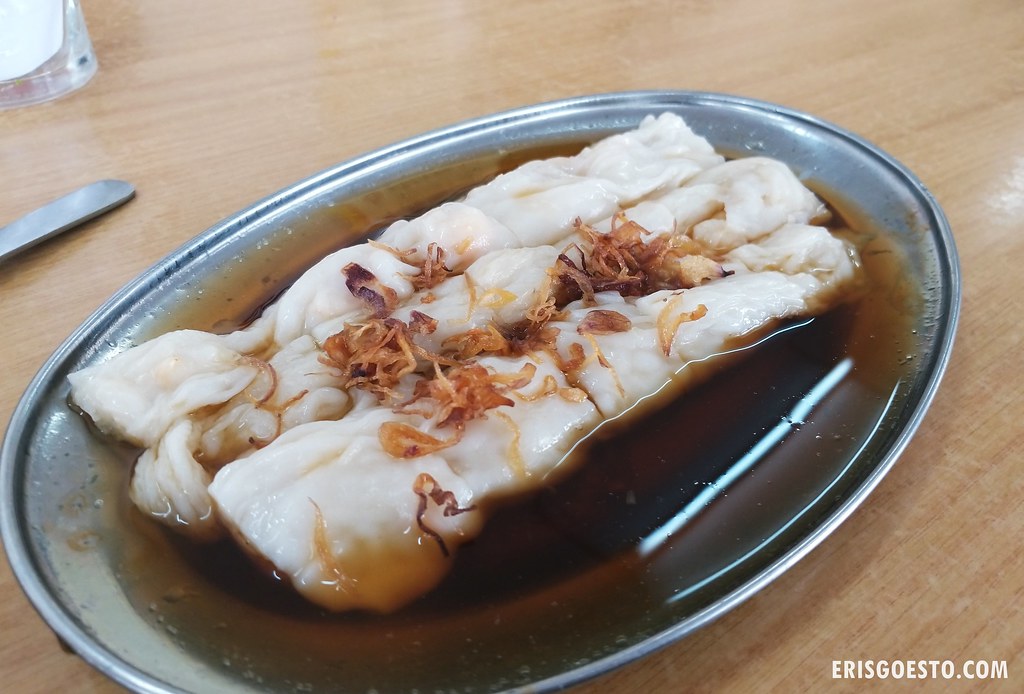 Orders come in one size only. I had the shrimp (RM6), which was sprinkled over with fried onions and came swimming in a whole lake of soy sauce. The star of the dish was definitely the rice rolls – I could really taste the difference in texture between this and the factory-produced versions. Thin and silky smooth, with a slight chewiness to it, the sheets enveloped the shrimp within like a sheer shawl. The filling itself was nothing to shout about, as the shrimps were small and lacked that fresh, bouncy bite. 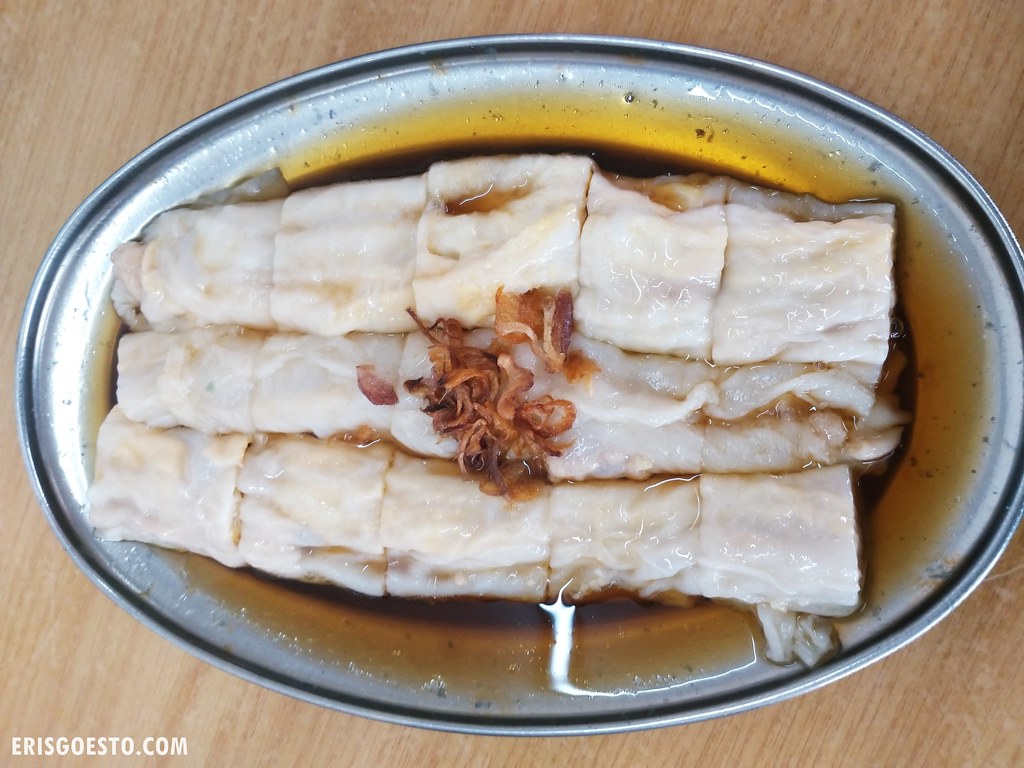 Moo’s Egg and Pork (RM5). Again, filling was nothing great but the rice rolls were good. 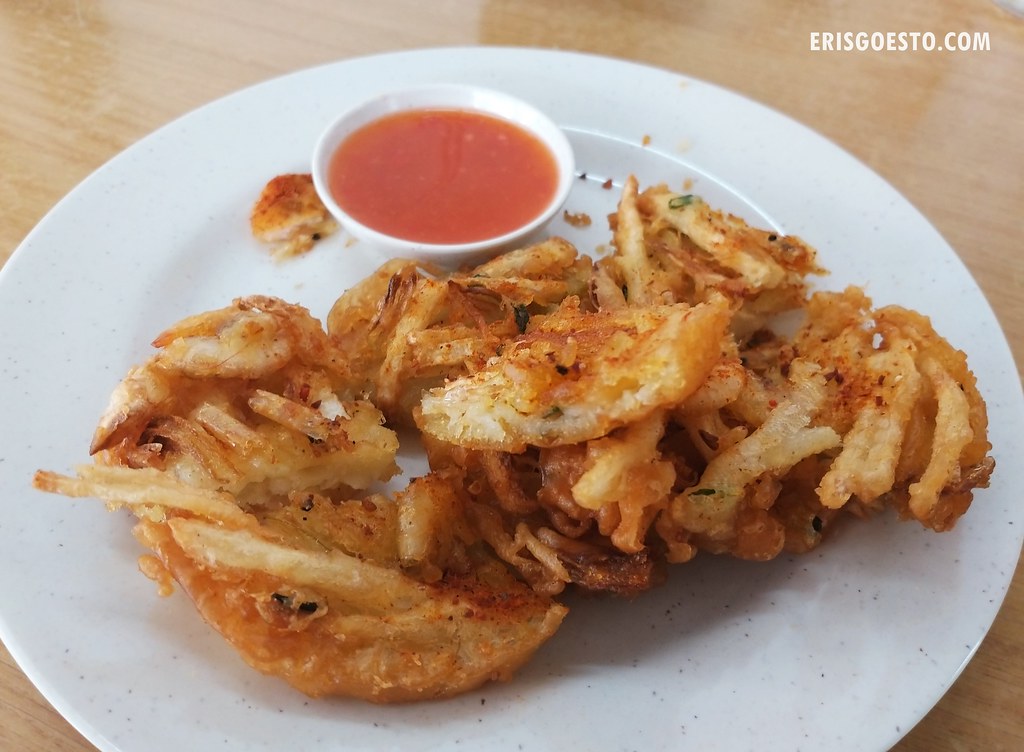 While you’re here, don’t forget to order the insanely addictive prawn fritters (har beng) – deep fried savoury discs of crunchy goodness with tiny bits of shrimp, potato and onion. The chilli sauce gives it that extra oomph. Order quickly as soon as they come out of the kitchen as they run out pretty quickly.

Food was decent overall, but service is rather inefficient. They don’t seem to have a good system of relaying orders, despite orders being made via chit. Several tables had their orders mixed up, and the workers were confused as to which table ordered which dish. Service was slow as well, even when collecting payment. Expect to wait if the place is crowded.