It was a scorching hot day but that didn’t stop C and I from having hotpot for lunch at Two Pesos, a hotpot specialist restaurant in Bandar Puchong Jaya, Puchong. While the brand was founded by a Taiwanese couple, the story goes that they met and got married in Boracay, hence the resto’s Filipino-sounding name. 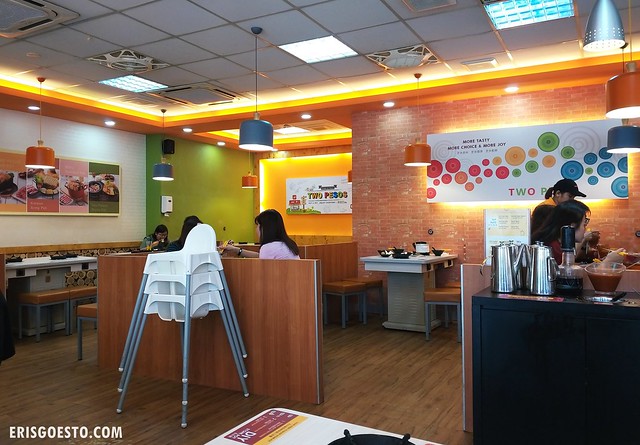 The resto’s interior is cheerful and decked out in bright orange, with a fuss-free design that resembles a canteen. The interior was air conditioned, so we could enjoy our food in comfort.

While most hotpot restos adopt an ‘all-you-can-eat’ concept, orders at Two Pesos are by set – which is good in a way because you won’t over-indulge. Their signature is the milky seafood pot, and they also offer hotpot/BBQ sets where the meat is grilled over a stone plate, which gives you that beautiful sear and flavour. There are plenty of different sets to choose from, such as Japanese Sukiyaki, Hua Diao Chicken, Basu Spicy Pot, Mongolian Herbs Pot, Supreme Tajine Seafood Hotpot, and more. 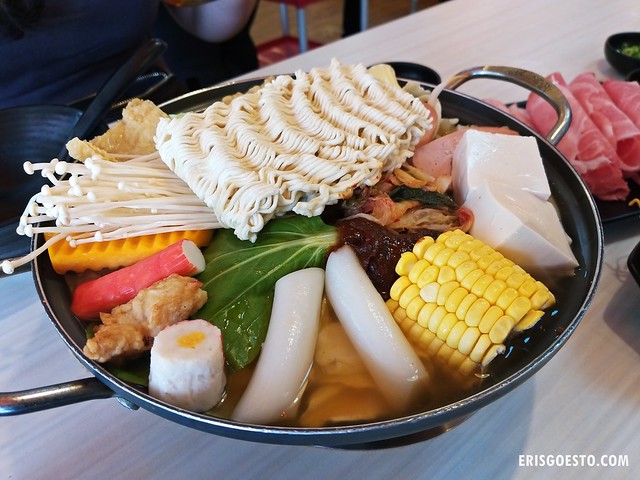 Felt like something salty and sour, so we went for the Korean Army Stew (Budae Jjigae) instead. For those not familiar with this dish, it’s a relatively ‘new’ invention created after the Korean war,  when food was scarce and people used any surplus food they could get from US army bases, chucking them together to make a stew. Primary ingredients include ham, sausages and spam, mixed with Korean ingredients such as kimchi and gochujang (bean paste).

The version at Two Pesos had sausages and the usual hotpot items such as crab meat sticks, fish balls, tofu, beancurd sheets, enoki mushrooms, corn and vegetables like cabbage and carrots. Of course, you can’t run away from the kimchi and gochujang mix, which gives the soup it’s intense red colouring and spicy, sour taste, as well as chewy teokbokki (rice cakes). It was also topped with a block of instant noodles. 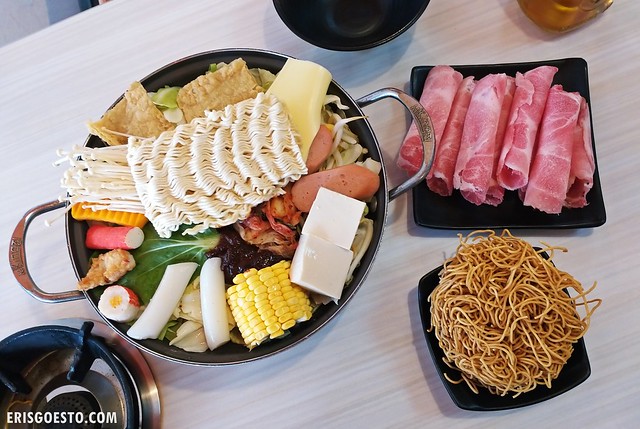 The set came with a choice of meat – either pork, Australian beef or fish. We went for the pork slices which were just the right thickness and fresh. Only had to cook it for awhile in the bubbling soup to achieve the perfect tenderness.  Also included was a choice of  carb – ie rice, instant noodles or yee mee (fried dried noodles). 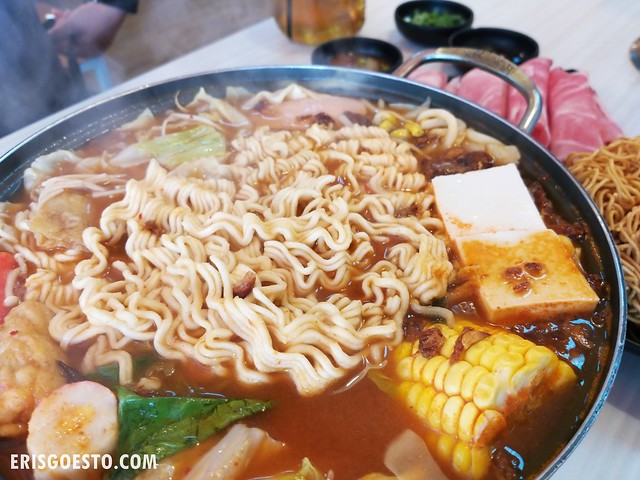 Overall the flavour was pretty good, although I still prefer the one from Gangnam 88. For RM20.90 per set, the price was reasonable but I wished they had more ingredients instead of just a few pieces of fishballs/crabsticks, and less cabbage. 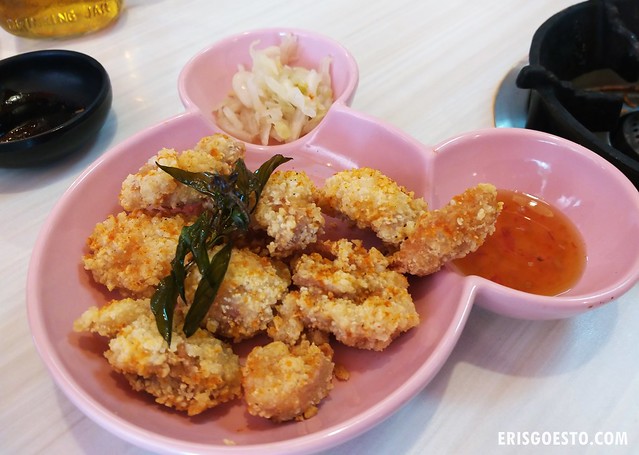 Ordered boneless fried chicken as a side. Again, portion was not very large and it costs RM8.90 – but the flavour was good with a crunchy exterior and moist insides.