Ask any Puchong-ite about where to get poached chicken and chances are, you’ll be directed to Kong Sai Zai in Bandar Putri, Puchong. In the restaurant’s early days, they occupied just one corner shoplot, but have since extended to two, with an upstairs dining area to boot. The quality of the dishes has not changed much: a good thing, since many establishments lose their QC once they’ve become popular – but the price has gone up significantly as well.

There are two chicken options available – regular (RM25 – half) or free-range/village (RM30- half). Village chicken has less meat and is pricier, because unlike their farm-bred counterparts, the chickens are allowed to ‘roam’ free and are raised using traditional farming methods. Some people therefore see them as a healthier alternative to commercialised chicken factories, where the chickens are often cooped up with no room to run around, and injected with all sorts of antibiotics to stimulate growth.

We went for half village chicken coz the guy said they ran out of the regular ones. The portion was still hefty! The meat was soft and tender, but what really elevated the dish was the sauce, which seemed to be a blend of soy sauce and (presumably) sesame oil. It is sweet rather than salty, and the meat soaks it up well, so that the natural flavours of the chicken are highlighted rather than being overpowered. It’s not the best poached chicken I’ve had, but it’s still quite a good one nonetheless. 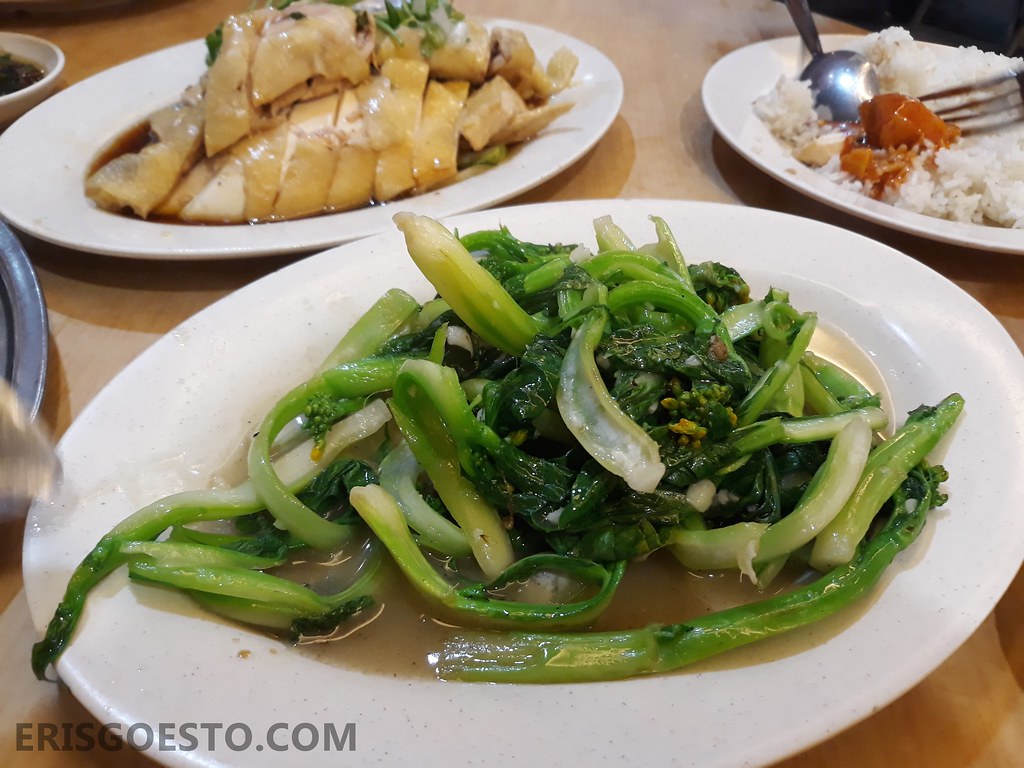 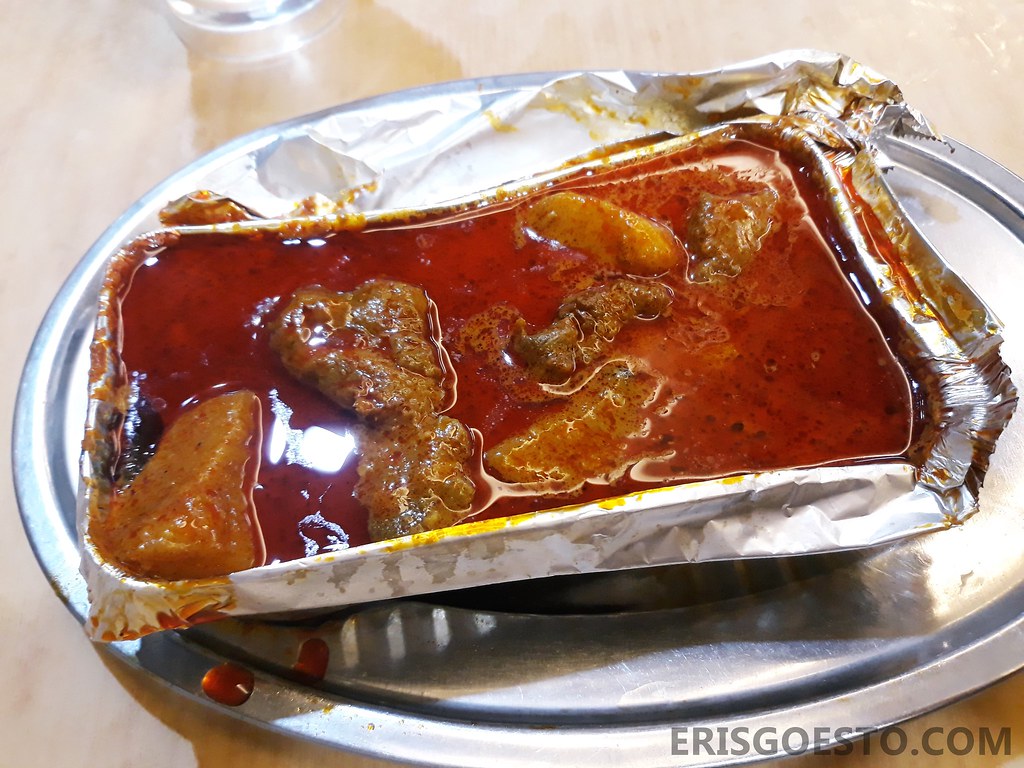 BONUS: I recommend ordering this! Curry pork ribs (RM13 – single portion). It doesn’t look very appetising since it’s served in an aluminium tin foil. It’s messy and the curry looks (and probably is!) very oily. But the flavours are good, and the ribs are melt-in-your-mouth tender. Wish they had chopped this up more evenly though coz there were some really humongous pieces vs tiny ones.