Ipoh is known for its gorgeous cave temples, and there are many tucked within the state’s beautiful limestone hills. Some of the more well known ones include Kek Lok Tong and Kwan Yin Tong, which are popular with tourists. There are also many smaller ones that are slightly off the beaten path, like the Miaw Yuan Chan Lin Cave Temple. 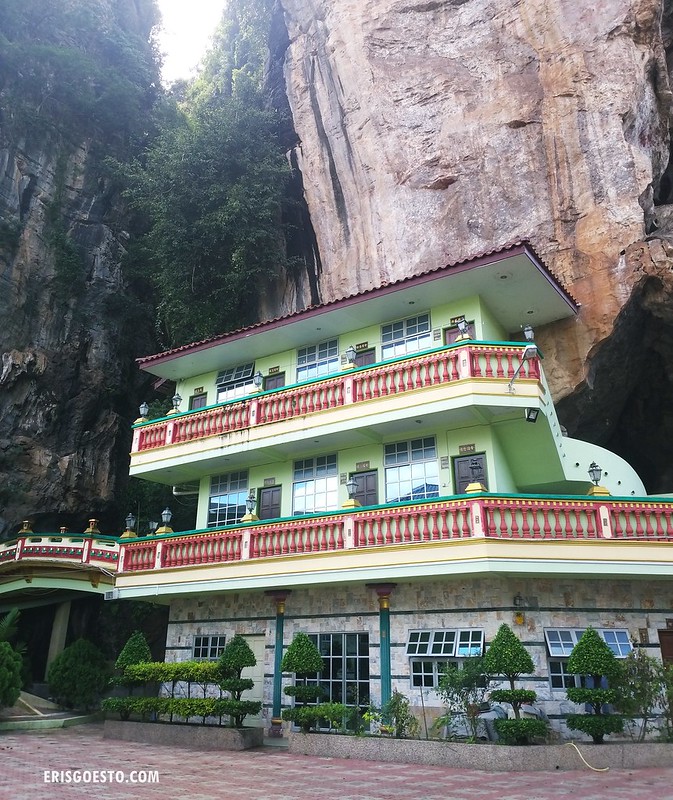 We stumbled upon this place entirely by accident while looking for another attraction nearby. I can see why it’s not on the radar of the usual tourist hotspots – it’s a little out of the way, and to get there you have to go through a housing area and a small dirt road. We were actually a little confused as to whether this was the tourist attraction we were looking for (Qin Xin Ling), because there weren’t any signs! With not many visitors, the temple grounds were tranquil, shaded from the sun by a large outcropping of rock. I believe they also have facilities for those looking for a meditation retreat, as there were showers and what looked like rooms for guests. 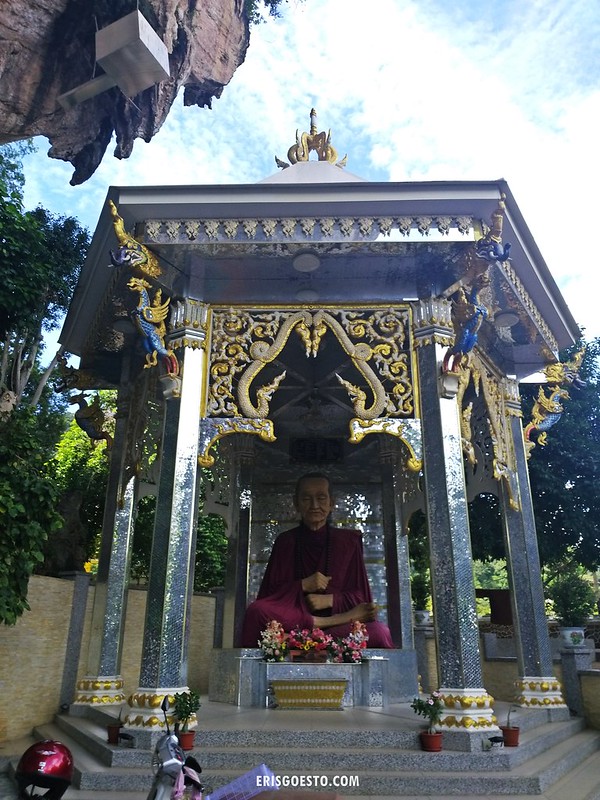 A shrine with a very realistic, larger-than-life sculpture of a monk. As the temple is dedicated to Thai-Buddhism, there are many Thai elements to its design, such as naga figures and the use of gold. 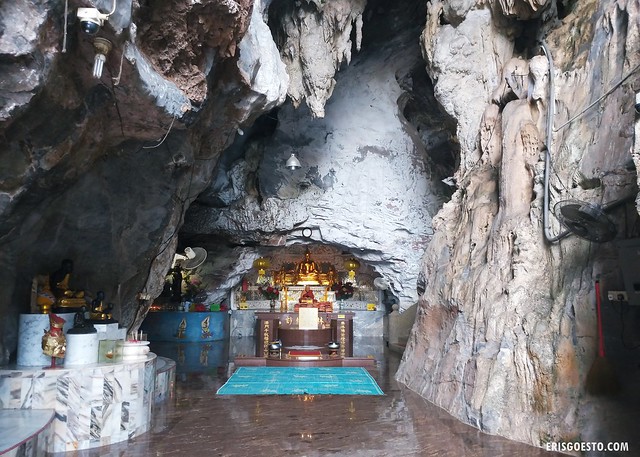 The main area, tucked within the limestone cave. The inside was extremely cooling, and you can hear the steady dripping of water from the stalactites. 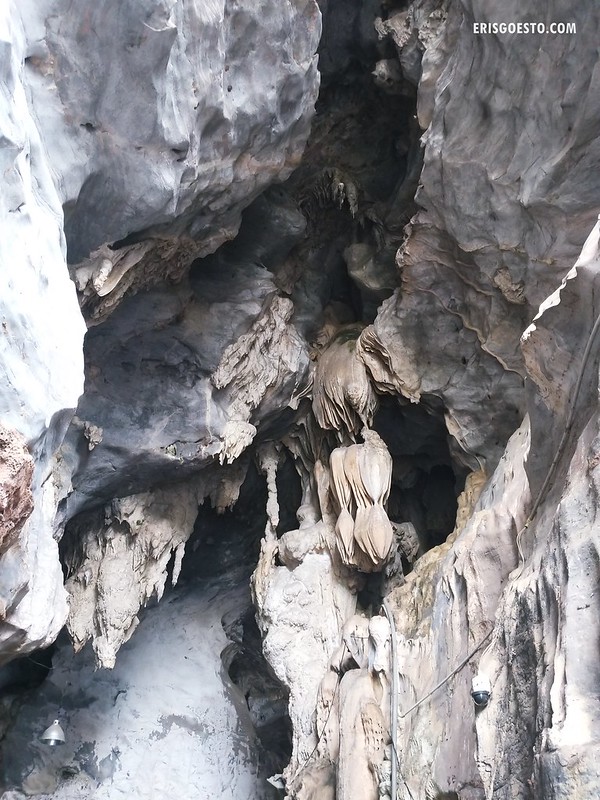 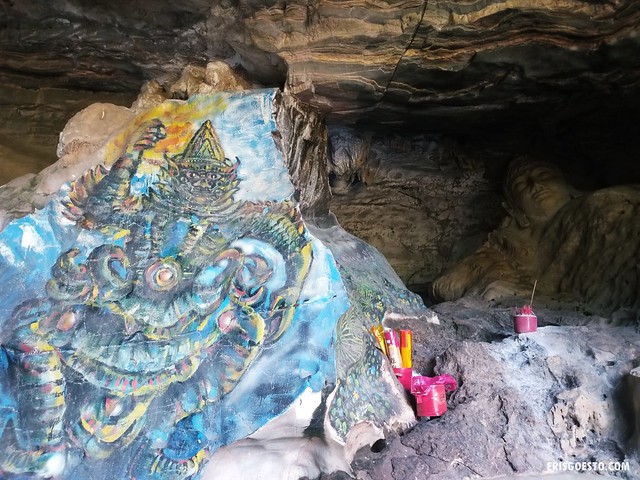 (Right) A sleeping figure of Buddha carved into the limestone; a colourful painting of deity (?) in blue next to it; joss sticks and offerings 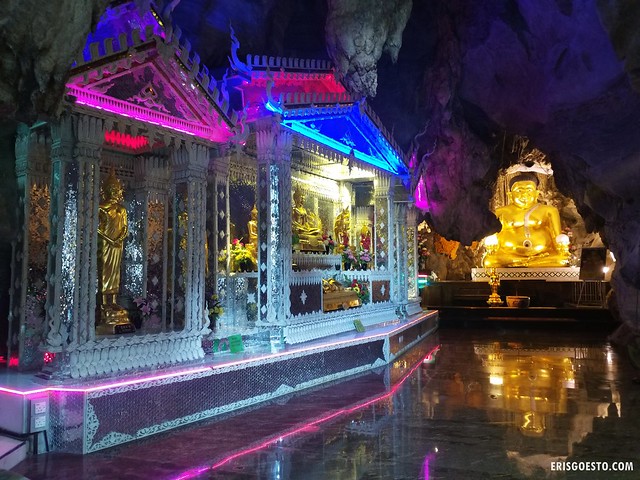 Further in was a golden laughing Buddha statue which was surrounded by water, which devotees can use for ablution, as well as a colourful shrine decorated with neon lights, housing seven Buddhas with different postures (one for each day of the week – a common sight in Thai Buddhist temples).

If you’re looking for a quiet temple away from the crowds, or if you’re on the way to the Qin Xin Ling attraction, the Miaw Yun Chan Lin Cave Temple is worth a visit.