For the uninitiated, lok lok (literally ‘boil boil’ in Cantonese) is a style of hotpot, commonly found on the streets of Malaysia. Usually sold by a mobile truck, there would be various meats and vegetables on skewers, which patrons can cook in boilers filled with soup, or have it grilled or deep fried on the spot. 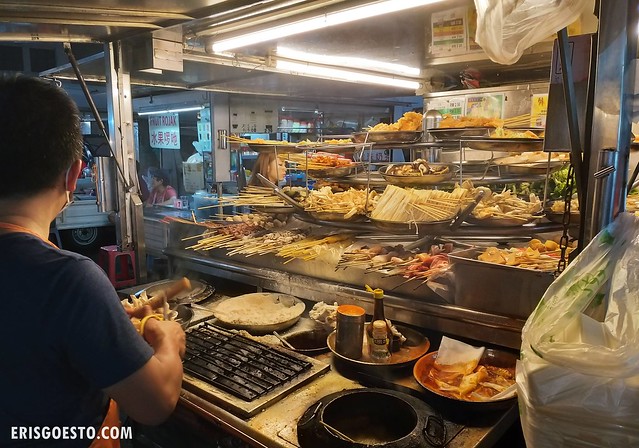 Bandar Puchong Jaya is home to a Lok Lok Gai aka “Lok-Lok Street” – basically a carpark by day which turns into an open air food court with several lok lok trucks and other food trucks by night. Being a native of Puchong, I’ve been coming here since my teens, and I always get my lok lok fix from one particular stall because I love their fried oyster mushrooms. 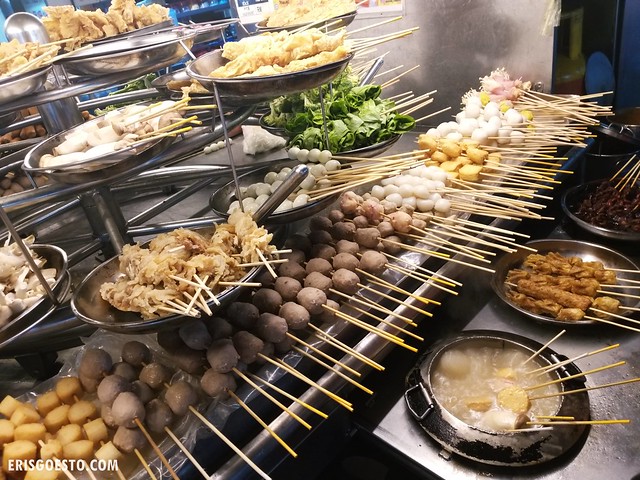 How it works: You take a styrofoam box (yes, it’s not exactly environmentally-friendly) from a corner of the truck, then proceed to pick the items that you like. You then chuck them into the boiling pot of soup and wait for them to cook. Once done, bring them to a table and enjoy! There are also a variety of sauces such as chilli, sweet sauce and my favourite, the peanut sauce which you can ladle into your styrofoam box/plate. For items that you’d like fried (like the bacon, needle mushrooms, oyster mushrooms, etc.), hand them over to the chef, who will then send it over to your table. 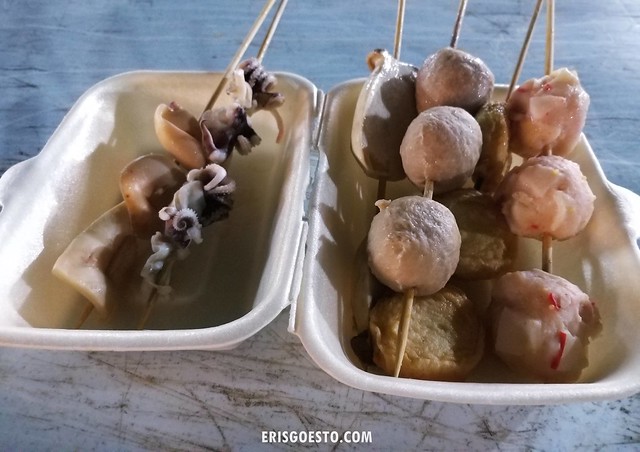 When you’re done dining, collect the skewers and take them to the boss of the lok lok truck, and make payment. Prices vary for different items, but on average I would say about RM2-4 per skewer, depending on what you’re getting. 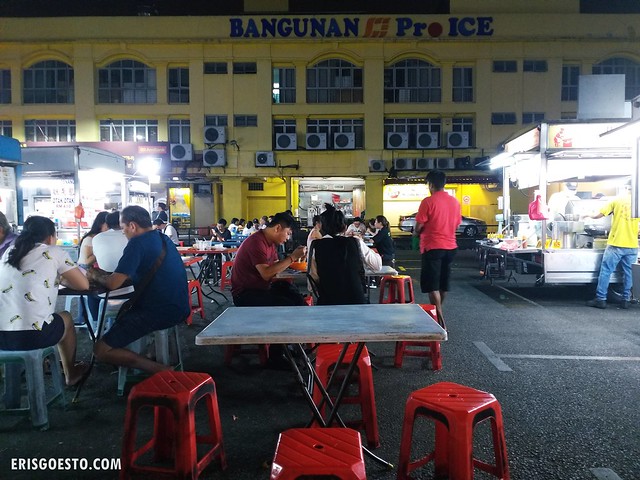 Seating : plastic tables/chairs. You HAVE to order a drink because apparently they have an arrangement if you’re dining there, and if you don’t the drink people will harass you. Also, be aware of scammers who prowl the area asking for money with some sob story (like their bike broke down and they need money to get home or something).

Hygiene is not exactly the best but I grew up eating street food and I’ve developed a pretty strong stomach.There’s a saying that goes ‘the dirtier it is, the tastier the food’ lol. I am not condoning bad hygiene but that’s just how it is in many parts of Southeast Asia.

There are other food trucks as well selling dishes such as char kuey teow, otak-otak, ojian (fried oyster omelette) and more.