This is the second time in a row that I’ve had a company-hosted Christmas meal at One World Hotel in Bandar Utama, although this time around it was for dinner instead of lunch.

The place has not lost its popularity, and almost every table was filled for dinner service – mostly office workers having their Christmas parties and gift exchange sessions, like us. 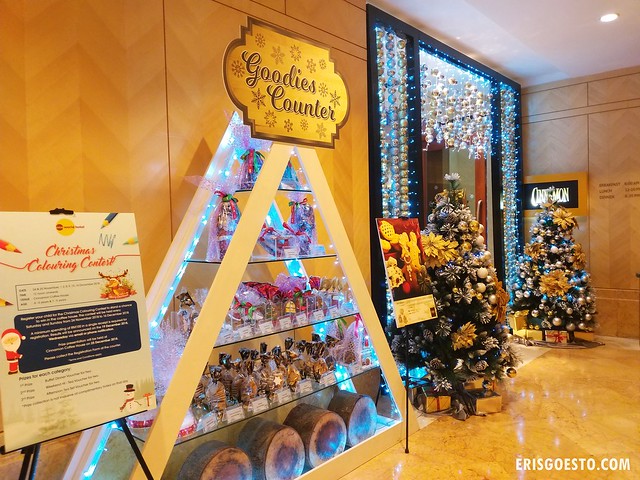 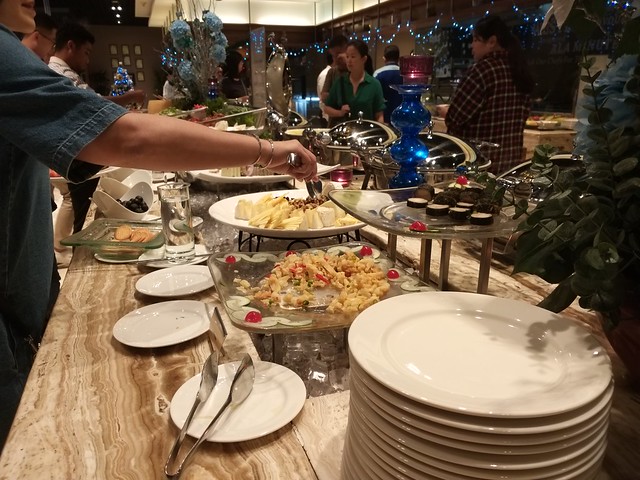 There was a section for pasta and sushi, but they were missing the customary roast lamb / turkey. There were more seafood items, however. The scallops flew off the ice like hotcakes – I was meaning to get some after collecting my pasta, but the entire tray was gone by the time i made it back lmao 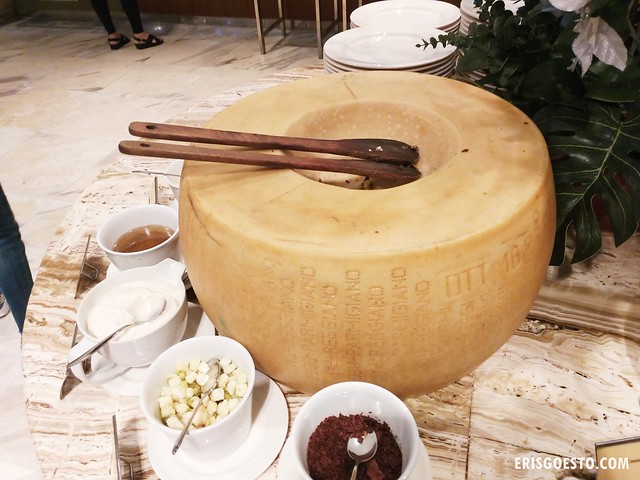 A giant cheese wheel to toss your salad in, with croutons, chilli flakes, cream and olive oil 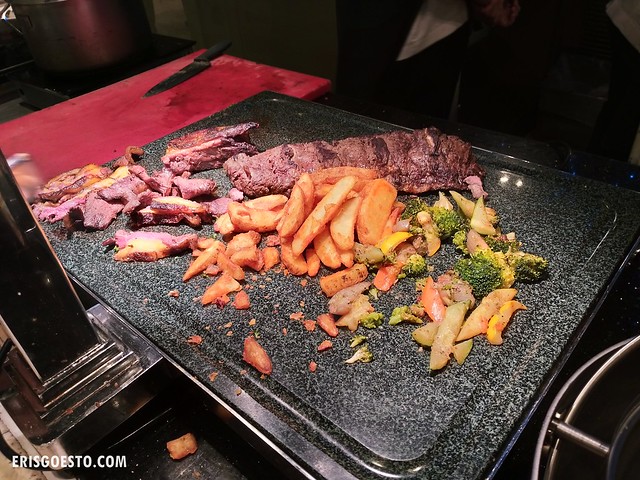 Roast beef and wedges. The beef was not good quality, the ‘fat’ was tough, yellow and rubbery, and they ran out of sauce so there was nothing to mask the taste/texture. 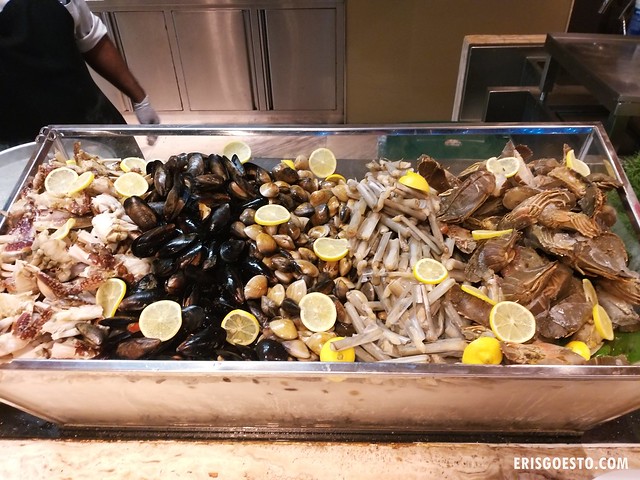 Seafood counter where you can pick your preferred item (mussels, flower crabs, slipper lobsters, clams) and have them cooked to order with a sauce of your liking, such as black pepper, sweet and sour as well as sambal belacan. 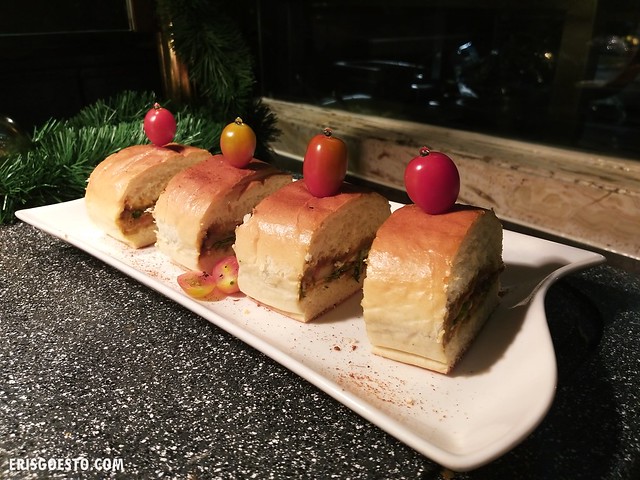 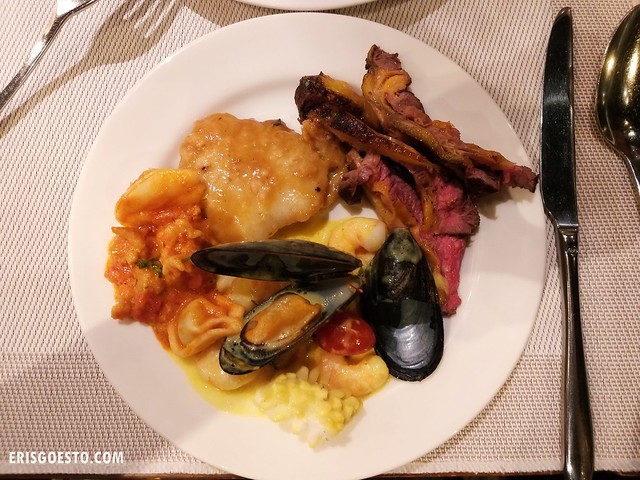 A bit of everything!

I particularly enjoyed the assorted seafood in cream sauce, as the ingredients were fresh. The tortellini pasta with tomato sauce and fish fillet in curry was good too. 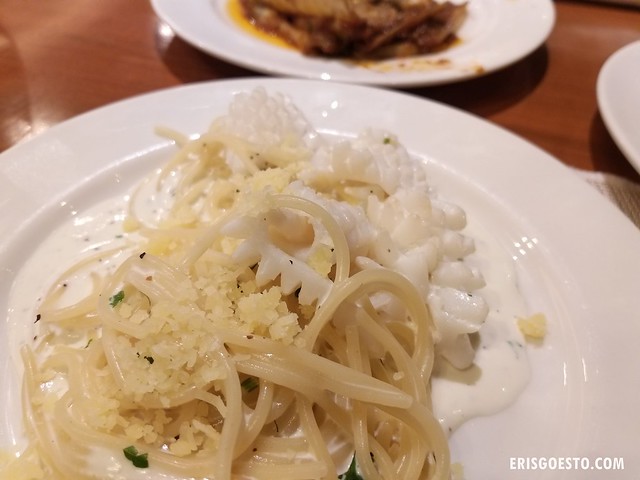 Cooked to order pasta in a cream pesto. The pasta was done al dente, and the squid was bouncy and fresh to the bite. 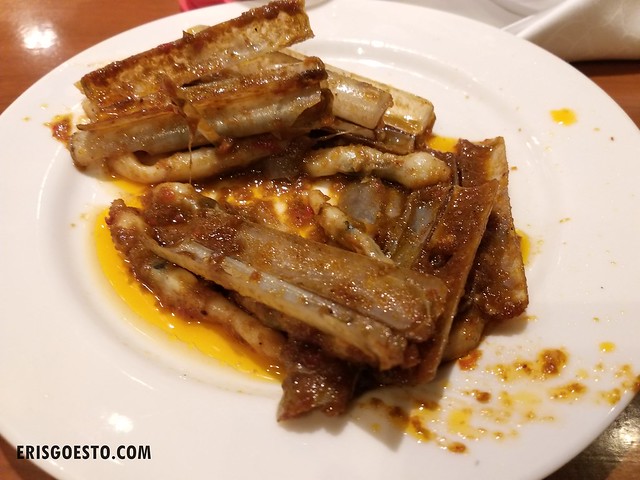 Bamboo clams in sambal belacan sauce. On their own, they have a strong, fishy odour which is why it has to be cooked with bold flavours to mask the smell. They did a good job here as well. 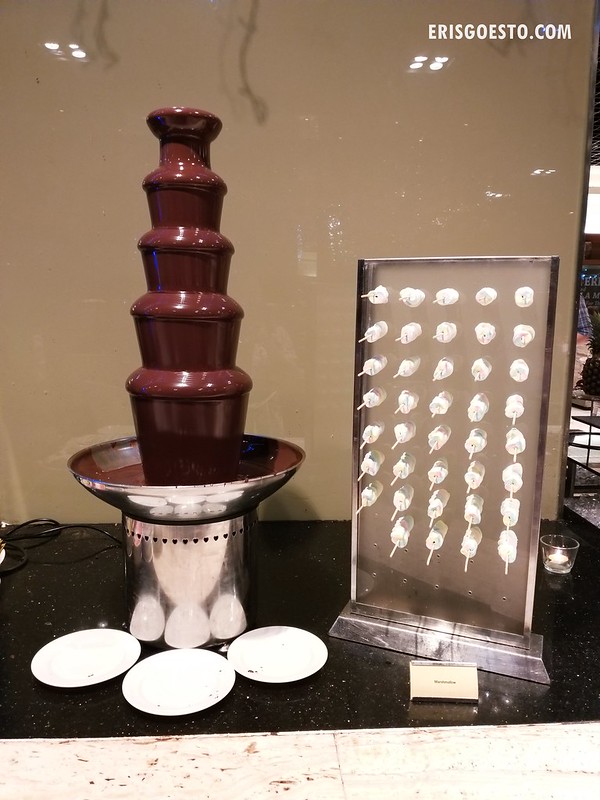 For dessert, there is an assortment of local and Western pastries and cakes, as well as a chocolate fountain with marshmallows. 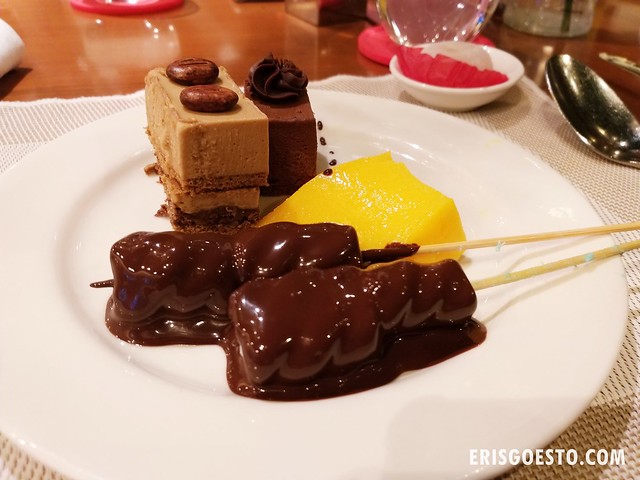 It’s no wonder One World is popular with patrons, as most of the food is pretty tasty. The dinner is priced at RM128++ per pax.