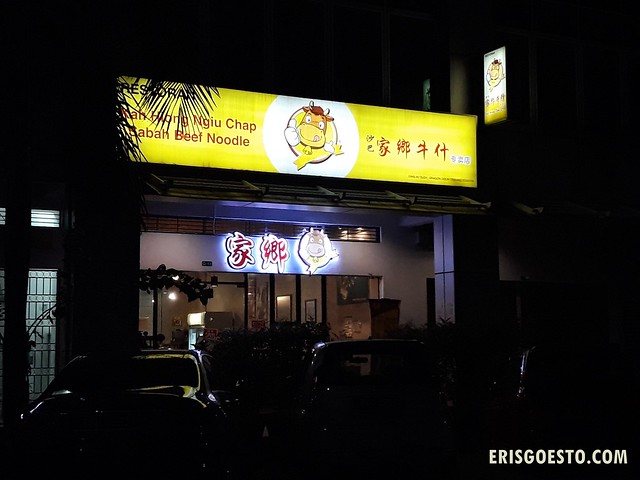 There are loads of things to eat in Bandar Puteri Puchong. Competition is fierce, especially around the ‘main’ hub (around the PFCC Tower), but parking can be such a nightmare that it has put me off eating there during peak hours.

Was looking for some place to eat dinner after work and decided to drive around the newer shoplots across the road from the market. This area was a stark contrast; quiet, with a couple of pubs. Spotted a restaurant called Kah Hiong Ngiu Chap and decided to give it a try. 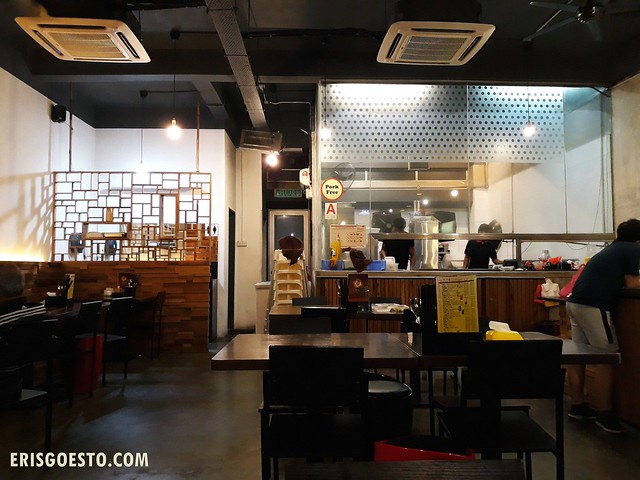 The resto is a branch from a popular stall in Sabah and specialises in noodles with mixed beef parts. It was a weekday night and the place was rather empty, but I like it that way – more privacy and space for me! 😀 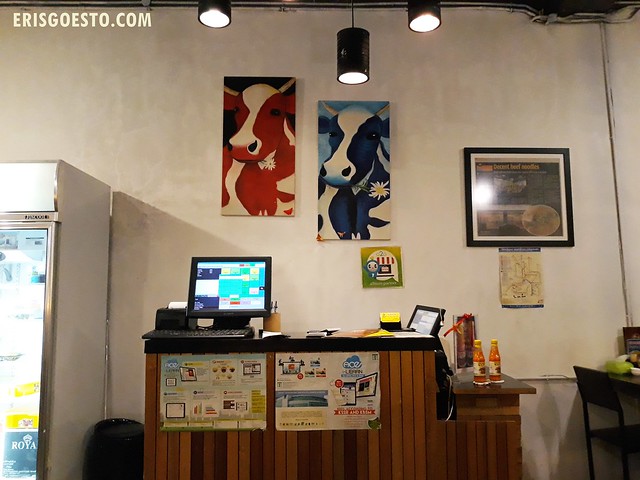 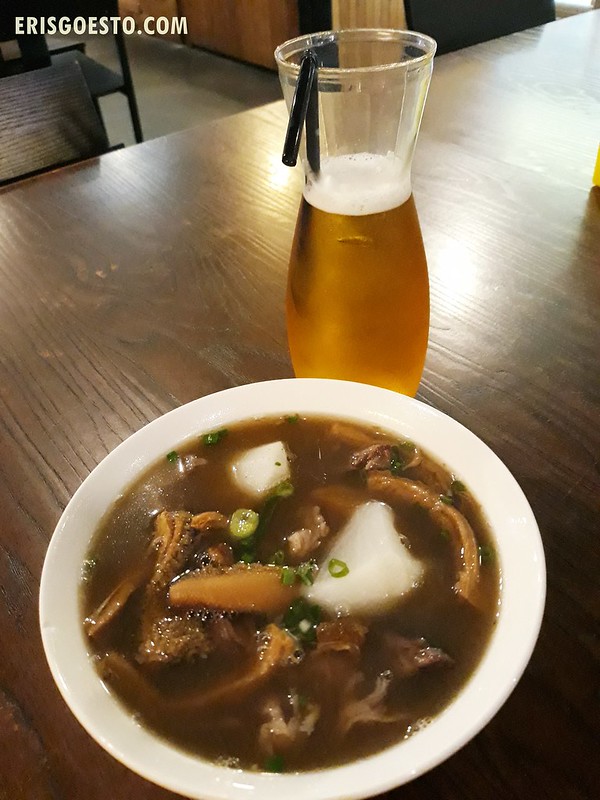 My order of lai fun noodles came in a soup of mixed beef parts, comprising tripe, tendon and beef slices. Also in it were two big chunks of radish. Not completely soft, but they were nice and juicy. As for the soup, it was rich, flavourful and lip-smacking, with a consistency to it that was similar to collagen (ie it left a slight stickiness to the mouth after you’ve slurped it up). 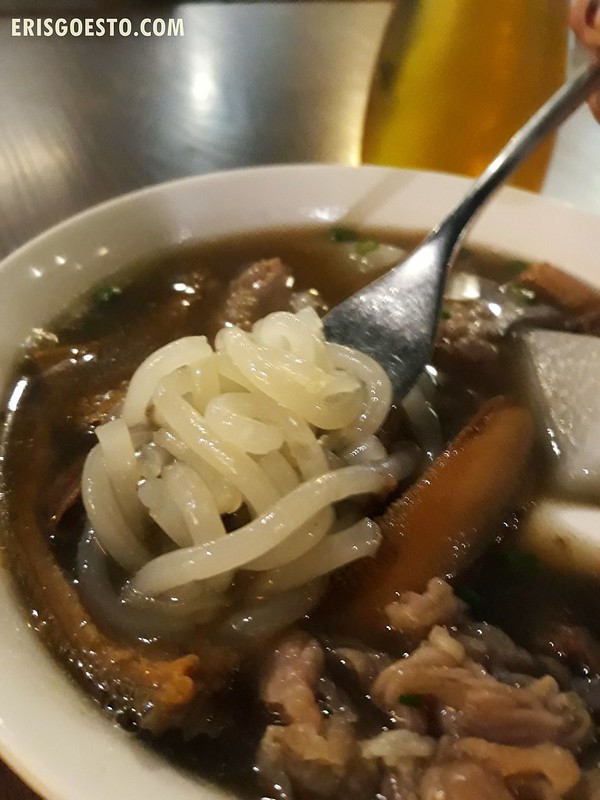 The shop prides itself in its signature fiery hot chilli sauce (which they also sell in bottled form). Tried it and they weren’t kidding – although I don’t like the flavour as it had a bitter aftertaste. 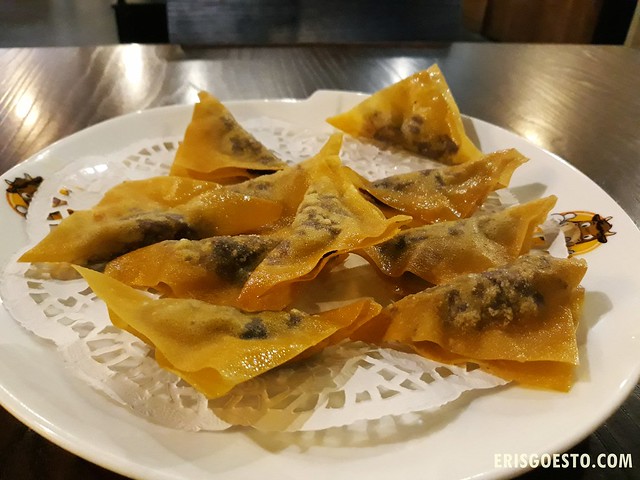 Fried beef wontons. The minced meat on the inside had a nice balance with chewy bits of fat. Great to snack on!

Prices are on the premium side, with a bowl of noodles starting from RM12+ onwards.