You’ve got your eye on a cute guy from the beautiful country of the Philippines. But you’re worried about cultural differences, and how the relationship might work out.

Fret not – I’m here to share with you what it’s like to date a Filipino, and what you can expect. winkwink

Now before we proceed, a disclaimer for the party poopers going “OMG Eris so you dated two Filipino guys, you married one and you have a bunch of Filipino friends – what gives you the right to generalise ? Smooth out your knickers, this is purely for fun. I mean, no one gets mad when people ‘generalise’ Virgos as perfectionists (entirely true, though).

Without further ado (but first a photo, coz we lookin’ cute): 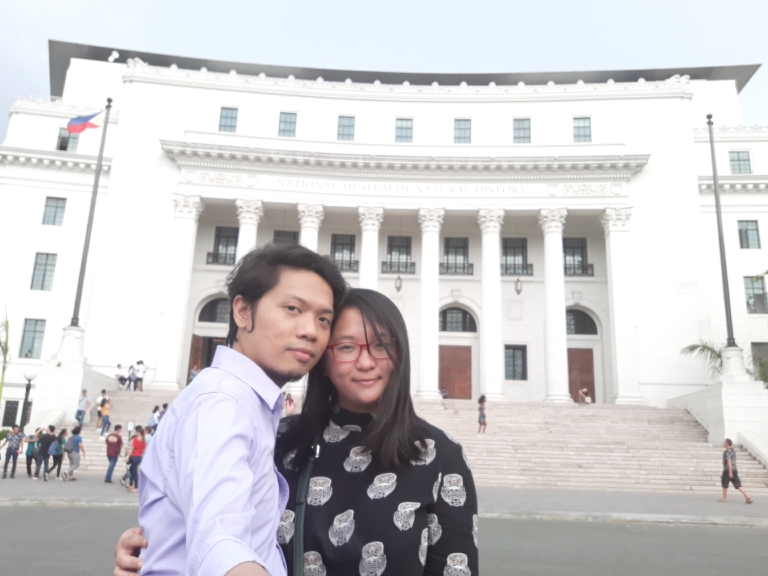 Be ready for some extremely corny (but not unpleasant) pick-up lines.

Courtship is a big thing in Filipino culture. Back in the day, a man who wished to woo a woman had to go through the proper steps, first expressing interest in a friendly and discreet manner. Traditional Filipino society was conservative, so the process was often done through a ‘bridge’, a friend who knows both families. The bachelor would visit the family, asking for permission to court the lady. There might be a series of chaperoned dates, lots of gift giving, romantic letters and cards, serenading (called harana) and the like. Oftentimes, the bachelor would have to ‘court’ the girl’s family as well  – gotta please the future in-laws lol.

Perhaps this is why Filipinos still have a strong notion of romantic love (be it through gifts, love songs, writing, etc.). Coming from a Malaysian Chinese family, where love is rarely expressed in words, it is refreshing to date someone who tells you they love you and puts in the effort to keep things fresh and interesting. I don’t subscribe to the belief that once you’ve been in a relationship for a long time, it becomes drab and dull. It’s only boring if you make it so.

I know this is not the best example (seeing as how he’s gone down in history as a despot lol), but ex-President Marcos once said to Imelda, “Just love me now, and I’ll court you forever.” We all know how that went, but you can’t say the idea isn’t romantic!

THEY GET JEALOUS EASILY

N and I had a huge fight early on in our relationship. I met up with an old friend from grade school, and since we hadn’t seen each other for so long, we got drinks after dinner and hung out until midnight. N was pissed because he said going out 1-on-1 with a guy constitutes a ‘date’ – despite how I tried to explain that we’re just friends. On my end, I felt insulted because it was clearly not a date and how about having a little bit of faith in me? I mean, even my super protective Asian parents didn’t give a shit, so why was he even mad? If the reverse applied, I wouldn’t mind if he went out with a female friend, because there’s this thing called trust. Long story short, he insisted I was wrong, I refused to apologise, and we made a compromise that I wouldn’t stay out past midnight with a guy (apparently a group of people is fine… I don’t get the logic). Now that we’re married though, he doesn’t seem to mind – so I guess it was a ‘we’re not really official yet so I’m worried someone might steal you away thing’ ?

PS: I know some people would call this a red flag – that if a man truly loves you they wouldn’t try to put a leash on you. But I think it goes both ways. If your significant other has made it clear that they’re uncomfortable about something and they’ve explained the reason behind it, weigh it against your own principles, and see if it’s something you can compromise in, in exchange for a more harmonious relationship.  If you’re okay with it, by all means. I feel that couples these days can get too caught up in the ‘he/she has to accommodate ME’ attitude.  End of the day, God gave you brains – use them to make rational decisions based on mutual respect.

THEY ARE FAMILY ORIENTED

In general, Asian cultures are more family-oriented than Western ones, and it’s not uncommon to find many generations living together under the same roof. Filipinos are no exception, and they usually have big families. While marriage is between two people, if your beau is living with his fam, naturally, you’d have to get along with his family members. If you come from an individualistic culture, this might be difficult to adapt to. I’m fortunate as my in-laws are nice and reasonable people but then again, I don’t live with them – it might be an entirely different ball game. 😛 At the same time, coming from an Asian family myself, I understand the importance of family to him, so I’d never ask him to choose between us.

A majority of Filipinos are Catholic and deeply religious. While they might not impose these beliefs on you, I think it’s important to respect the fact that religion plays an important part in their lives. N is Christian, and I’ve been to his church a couple of times to listen to sermons. Although he hopes that I will embrace Christianity some day, he has never forced me to accept his beliefs, and I’ve never insisted that he should be a Buddhist. When you come from different cultures and have different beliefs, respect is key. All too often, couples of different faiths have problems when they can’t find common ground, or dismiss the other person’s faith as lesser than one’s own.

Filipinos are known for their hospitality and every time I’ve been to the Philippines for holidays, I always leave a couple of pounds heavier. His mom makes a killer nilaga, and his fam is always taking me out for good food whenever I visit. The Hubs likes to try new cuisine, which is great because Malaysians are big foodies as well. If you love food, marry a Filipino!

10 thoughts on “What It’s Like To Date A Filipino”