Hey guys! It’s technically Day 51 of the Movement Control Order here in Malaysia. I will be resuming work at the office tomorrow. After nearly 2 months, it’s time to say hello again to traffic jams.

Originally, the MCO was supposed to be lifted on May 12 – but the government has already allowed businesses to reopen from May 4. It’s all very confusing: on one hand, the MCO is still in place, but everyone is already allowed out to work anyway so what’s the point of having the MCO? Personally, I feel that the move is too sudden (it was announced on May 1, giving businesses just 2 days to prepare). There’s also been a lot of political bullshit going on. Imho, I think the government is pressured to reopen businesses because the coffers are running out of money and they can’t afford to have the economy collapse. We’re also seeing lots of U-turns in terms of promised aid. Can’t help but think it’s every person for themselves now.

But enough doom and gloom: here’s a #foodpost! Being at home for close to two months has been great for my eating habits because I’m eating out less and having more homecooked food. I am an okay (?) cook, but if it were up to me, we’d be eating pasta, fried chicken, steaks and wraps every day – so it’s my mom that does most of the cooking. Most days it’s simple stuff like boiled vegetables and something like chicken and potatoes, or dishes that are steamed, stewed or stir-fried (deep fried is almost a taboo in my household because it’s ‘unhealthy’). Some days, though, we get better than average ones: 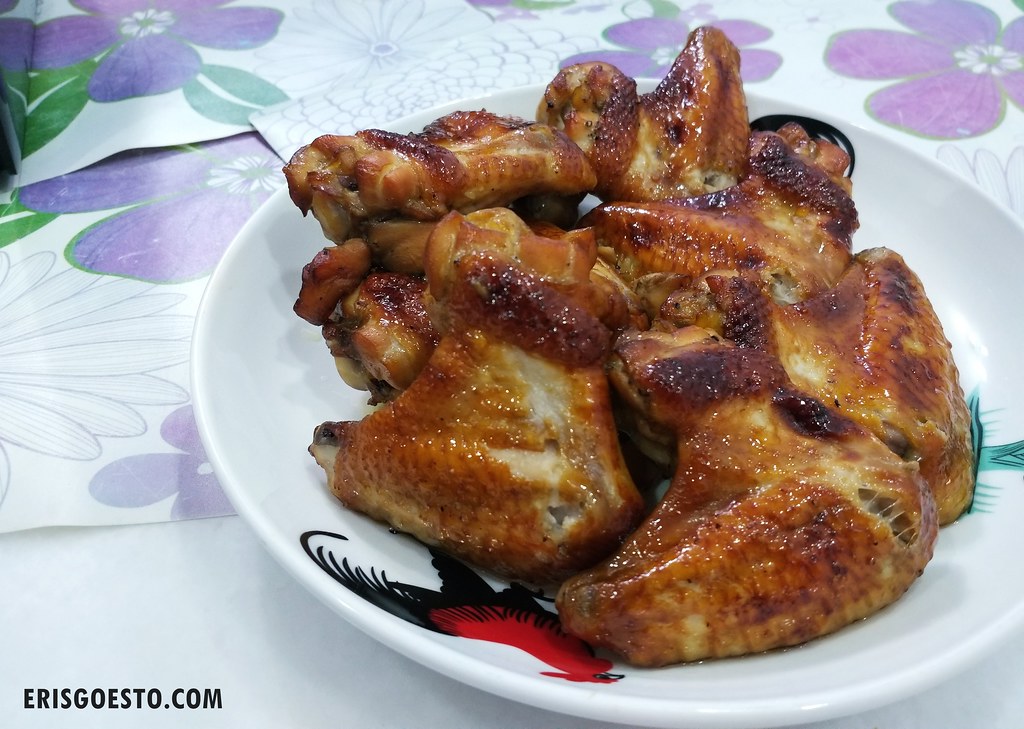 We have a tiny, portable oven which does the job for roasting and baking. It’s adequate, but not very convenient. Prepping the chicken is easy – you just have to turn it over halfway through to make sure that it’s cooked thoroughly, and keep applying the glaze so that it’s nice and glistening.

I miss the oven I had back in Sheffield when I was a student. My housemates and I had a large oven in our flat, and it was so easy to pop everything in there – fish and chips, sausages, chipolatas, bacon. Much easier to clean up as well. 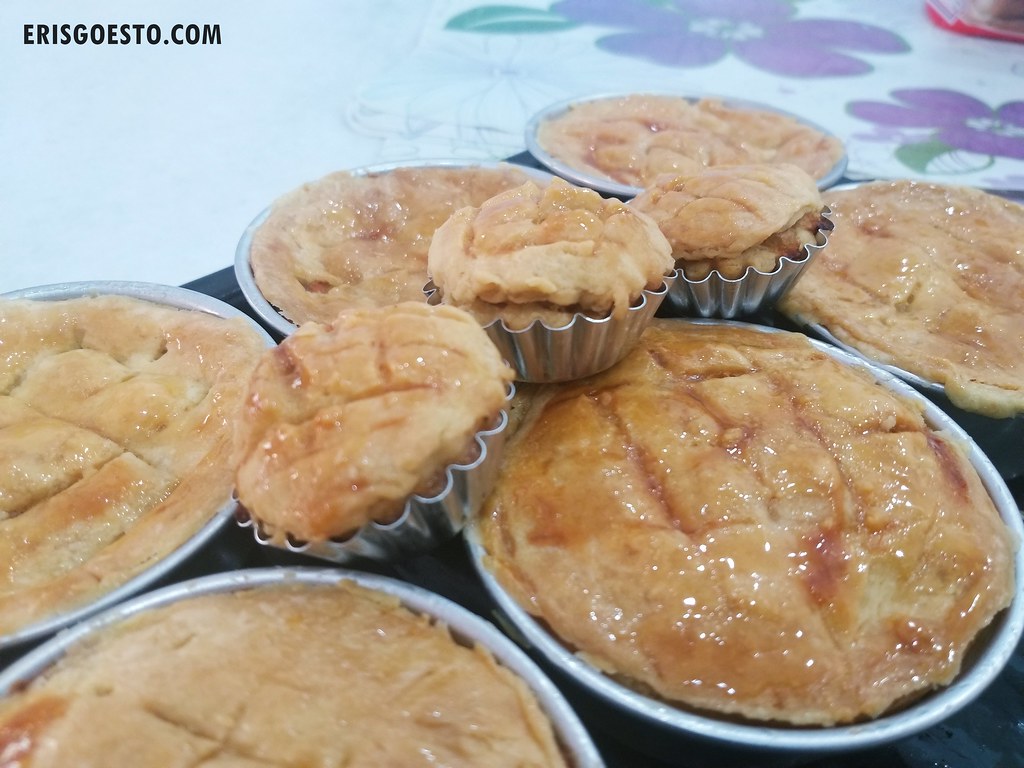 Baked chicken and mushroom pies. They didn’t look perfect (the tops were sunken) but they tasted great. The mini ones were adorable, although they were not created intentionally lol (Mom ran out of containers). 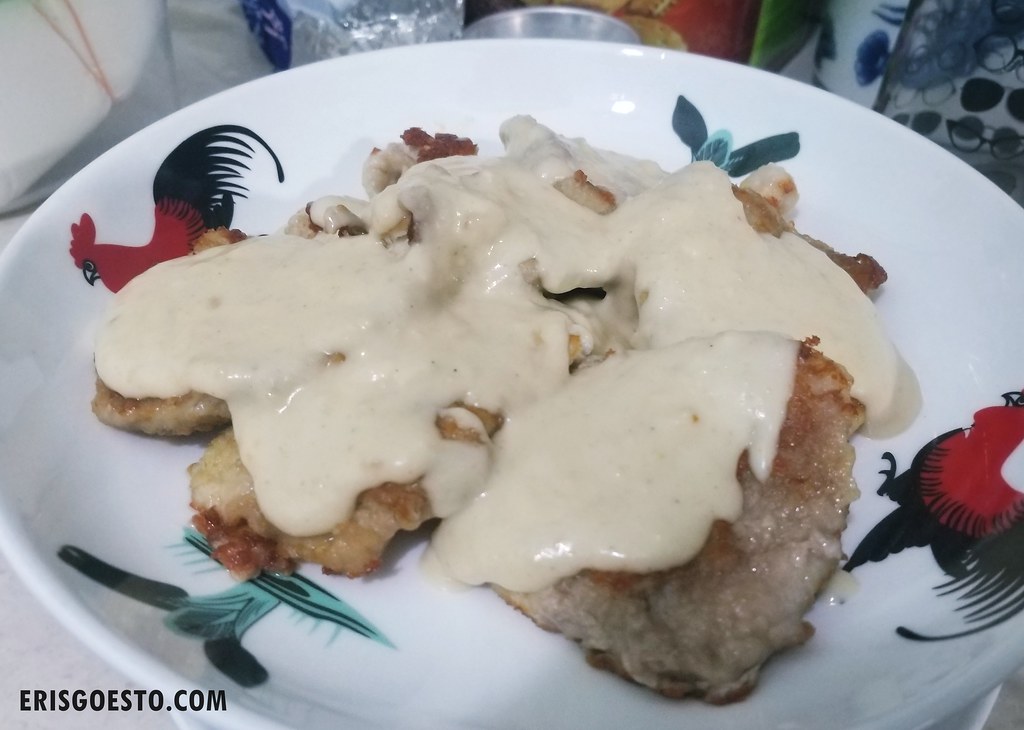 Pork chops with white sauce. I fried the chops while Mom made the sauce with evaporated milk and a bit of flour. It turned out a bit too gooey, but the chops were moist, juicy and succulent so it wasn’t too bad. 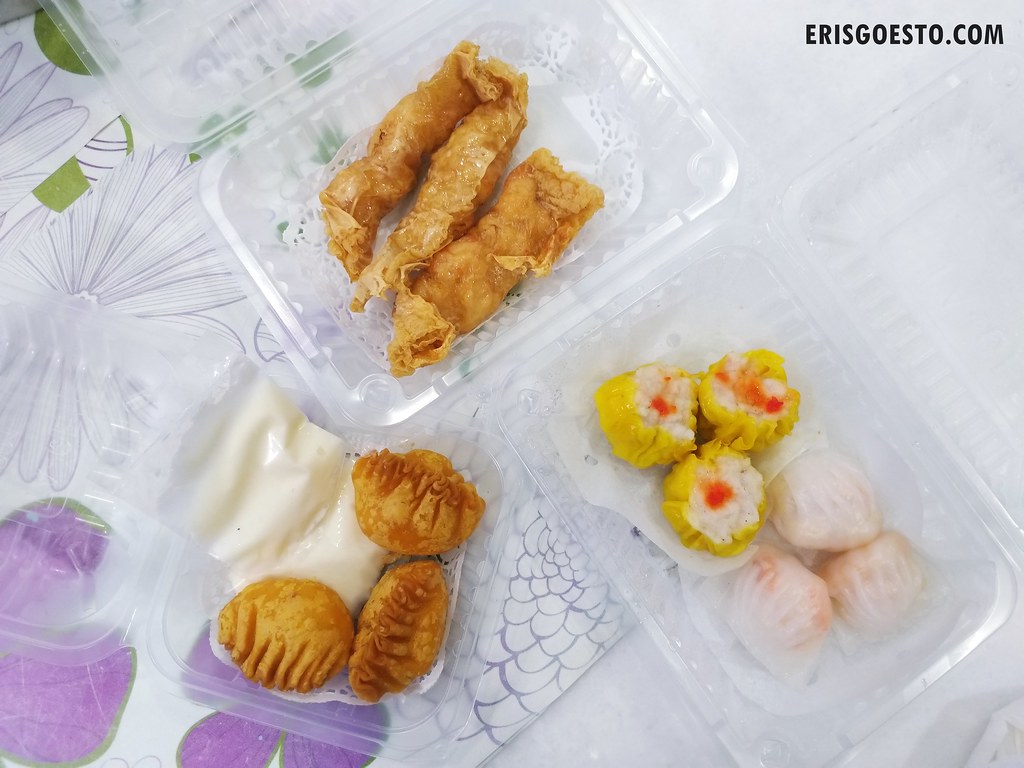 We don’t cook all the time – sometimes we also order takeout.

I am a big fan of dim sum, and I usually have it at least once a month pre-coronavirus days – but none of my usual dim sum haunts was open in the initial days of the quarantine. After 45 days, I finally broke my dim sum ‘fast’ with takeout from Jin Xuan Restaurant in Bandar Puteri Puchong. I don’t usually come here because it’s out of the way and their items are pricier than some other establishments, but at the time, I was just super glad to be able to get my dim sum fix lol. (Above, clockwise from bottom left – fried shrimp dumplings, shrimp rolls, siew mai (pork and shrimp dumplings), and har gaw (shrimp dumplings)). 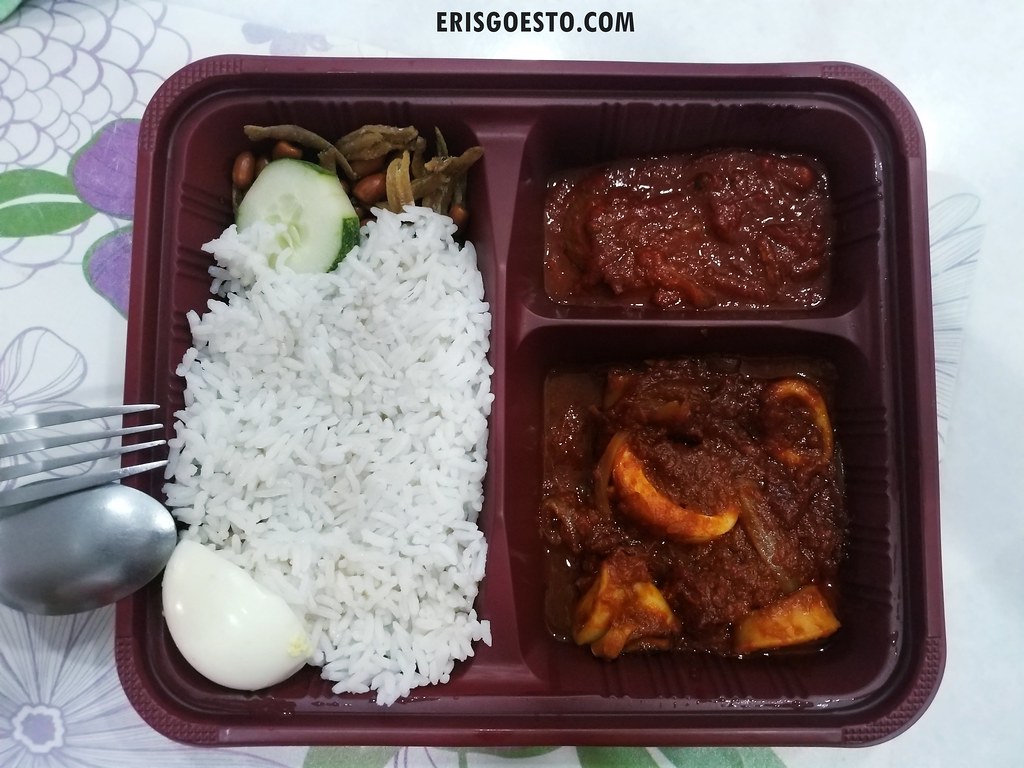 Another time for lunch, we bought Nasi Lemak from Brilliant Nasi Lemak House, just a block away from Jin Xuan. The resto specialises in nasi lemak ie rice cooked in coconut milk and served with dishes such as fried chicken, rendang, curry and sambal sotong. Against my better judgment, I had the sambal sotong. It was good but the portions were rather small. If you like spicy food, the sambal here delivers a strong kick. 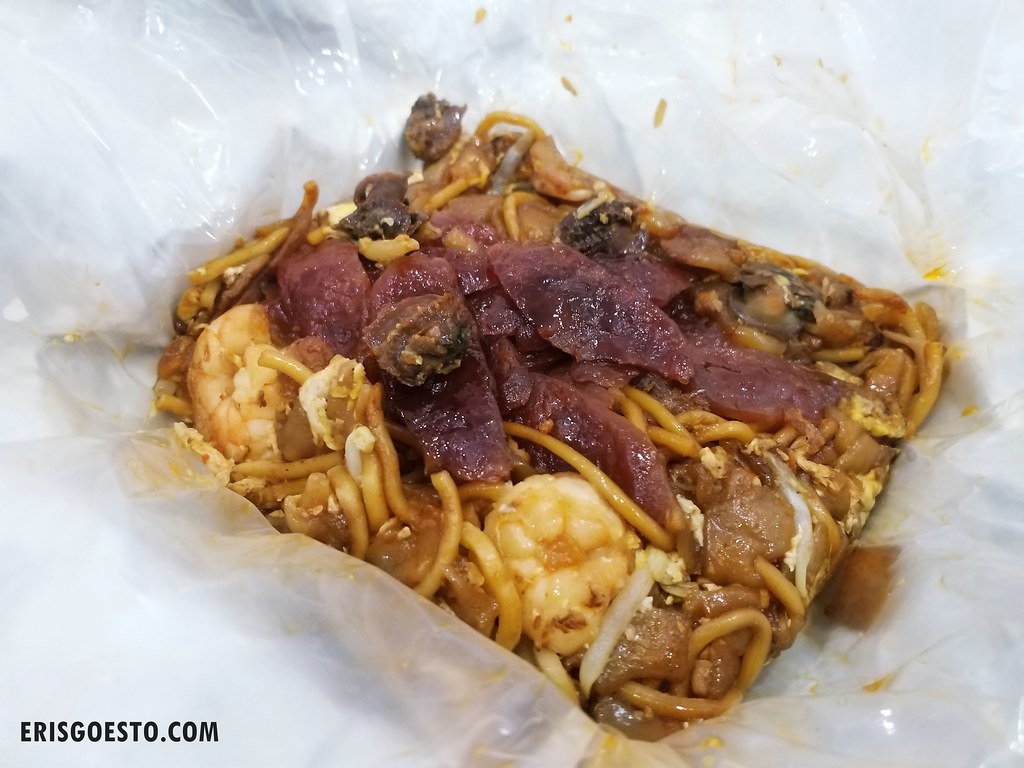 Last but not least, the all-time Malaysian favourite, char kuey teow or wok-fried flat noodles. This one’s from a famous franchise called Goreng Kuey Teow Tong Shin. You can opt to get kuey teow mee (mix of flat noodles and yellow noodles, as pictured above), and add on items such as cockles, Chinese sausages and other ingredients. The basic char kuey teow will usually have shrimp, egg, kuchai, cockles and chilli sauce. What makes char kuey teow so divine is the smokiness that you can only get from wok frying it over a huge flame. Control of the fire is essential. The one from Tong Shin is pretty good !

What are some of your quarantine meals? Are you cooking at home or ordering more takeout? Share them with me in the comments below; I’d love to hear about any delicious dishes you’ve had!