It has become sort of tradition at my company to have a Christmas makan sesh; to mark the hard work we’ve put in throughout the year. This year’s celebration was at Dorsett Grand Subang, where they have an international BBQ Buffet and Steamboat Dinner on Fridays and Saturdays, priced at RM128++ per pax. 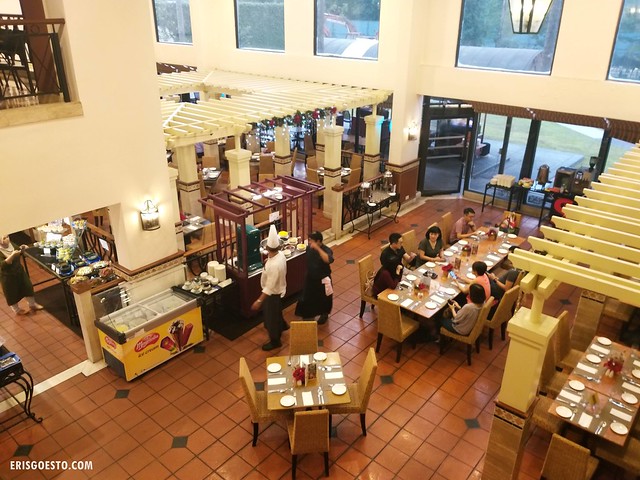 Dorsett is one of the first hotels in Subang (opened in 1981). It’s a five-star hotel and must have once  lived up to the Grand in its name. Today, the interiors feel pretty dated. The coffeehouse, Terazza Brasserie, looks straight out of a 90s film, from the tiles to the seats and deco. It wasn’t unpleasant, though – it felt like a trip down memory lane to back when I was a child, and going to a hotel (for vacations – staycations didn’t exist back then) was a big to-do. 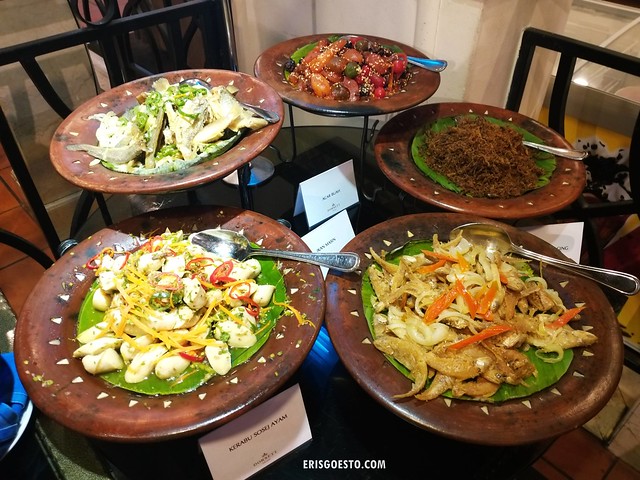 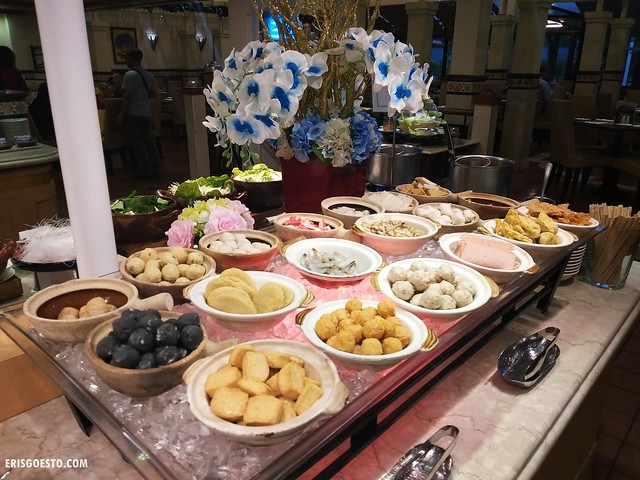 The centre island had various items for steamboat (or hotpot, if you will) – fish, chicken and beef balls, seafood tofu, beancurd sheets, ham, crabmeat sticks, etc. 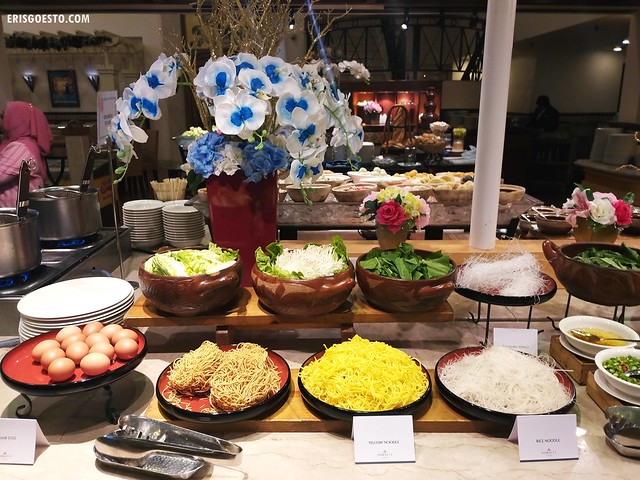 There were two pots boiling at the island, one with clear soup and the other with spicy soup, where you can cook the ingredients you have selected. Unfortunately since there were only two pots, it took forever and there was a queue. Staff members had placed a portable stove and pot at our table, but there was no soup and nobody seemed to be bothered to fill it in, even after we requested. In the end we told them to take it away (for that, they were efficient!). 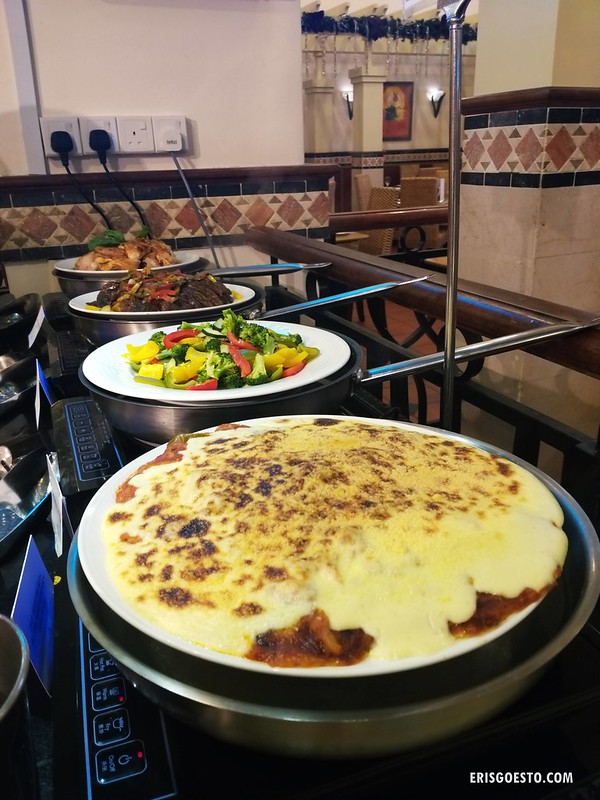 Stir-fried dishes and a random vegetable lasagna, which was decent while still hot. 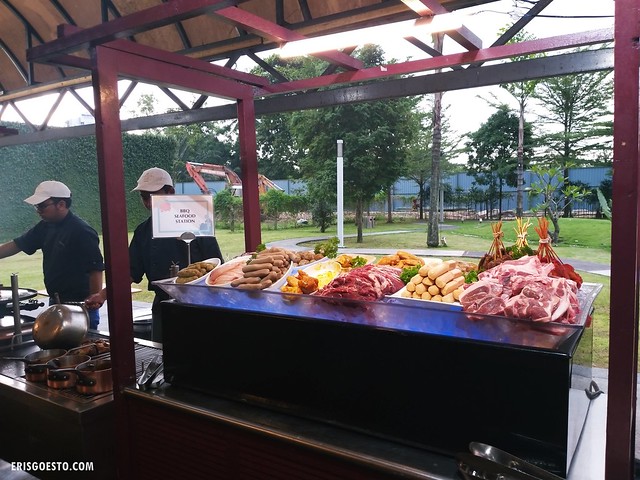 I was feeling a little disappointed at the quality and selection, but thankfully the BBQ corner swooped in to save the day (or evening). There were two counters outside, one stacked with meat (satay, chicken tenders, chicken wings, sausages, beef, lamb), the other with seafood (whole catfish, crayfish, clams, bamboo clams, scallops, shrimp). 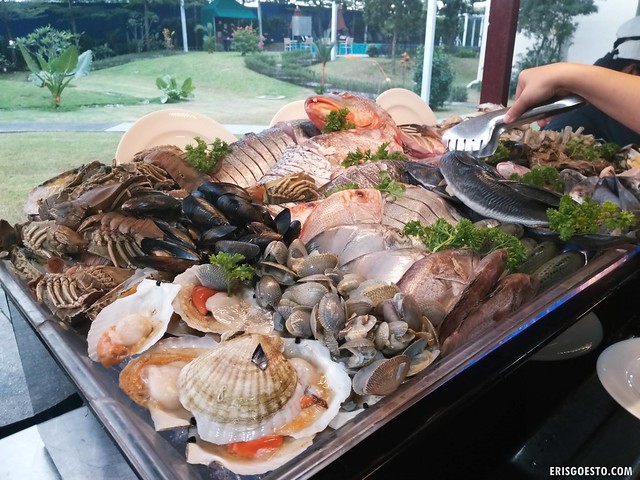 The offerings were fresh, thankfully. The workers bustled about grilling everyone’s orders. Funny thing: they left the sauce pots on the grill together with the metal spoons in them lmao. No one could ladle anything. I think they eventually took out the spoons. 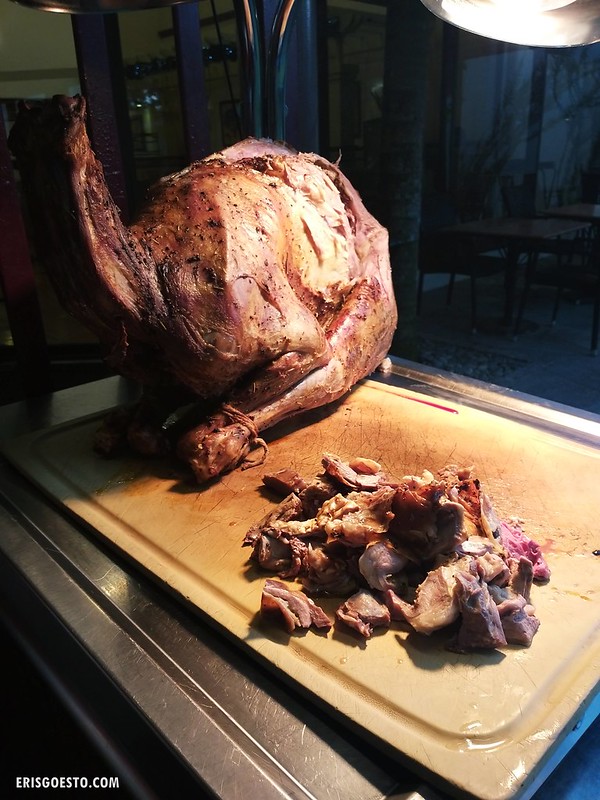 Another highlight was the roasted lamb, which was tender, well flavoured and juicy with the right amount of lean and fat. The brown gravy that it came with was also delicious.

I had mostly the grilled items (the good stuff!) – fat, juicy scallops, bamboo clams and lamb meatballs, plus some corn soup and bread. 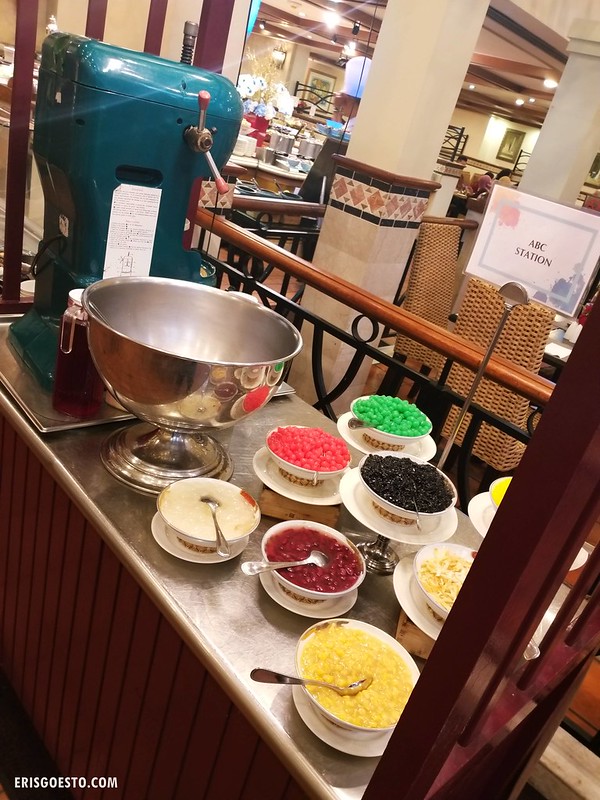 Time for dessert! There was a shaved ice counter where you can DIY your own ice kacang, but I went for the chocolate fountain instead, where I could slather my marshmallows and fruits in thick, sweet milk chocolate. 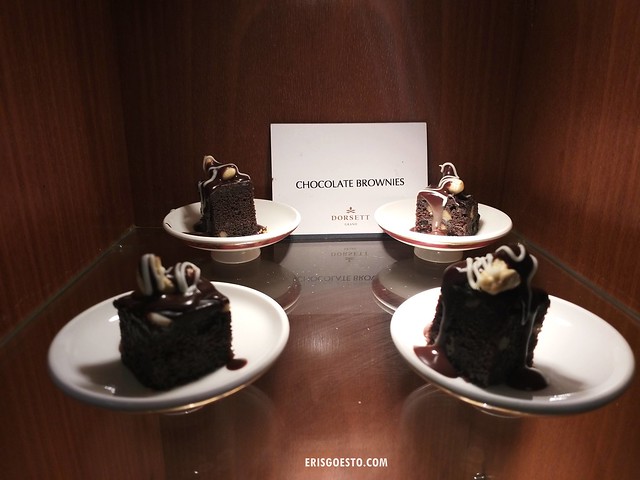 I liked how they put the desserts in these cabinets rather than the usual spread. Made it easy to miss out though. 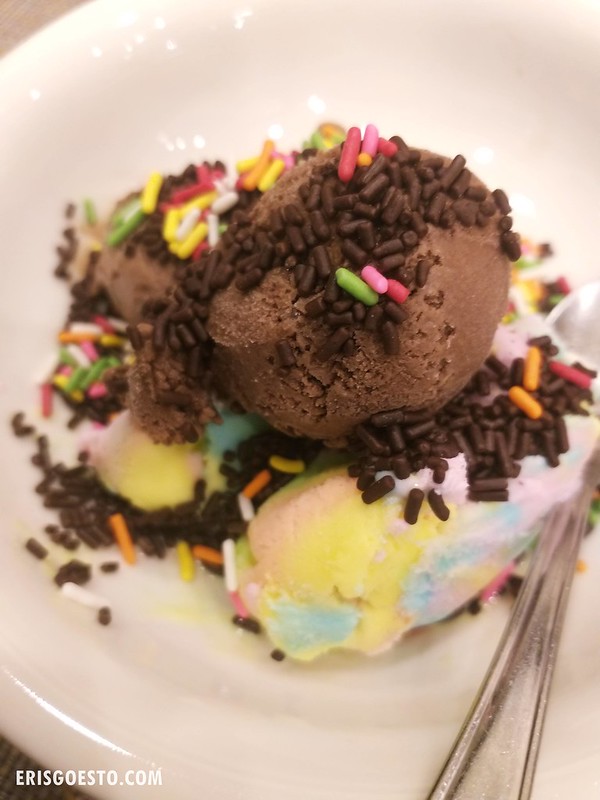 The ice box wasn’t cold enough so the ice cream was a little melty, but I did like the chocolate flavoured one which ran out fast.

All in all it was a decent buffet. Plus points: It’s not crowded like most hotels in the city centre, the BBQ spread is great and has fresh ingredients and the lamb was good. Cons for me would be the lack of variety and facilities, and service can be improved (That being said, the staff at the grill station were friendly and efficient). I also felt that the steamboat items were a little cheap to justify the buffet’s price tag. In conclusion, if you ever consider coming here for dinner, I’d recommend making a beeline for the grill.