We’ve come to an end to our fantastic time in Melbourne and the Victoria region! We (being me and the two other Indonesian media) spent the last couple of hours in town wandering the streets looking for souvenirs, before rounding it off with dinner at our hotel. Enjoy the random photos: 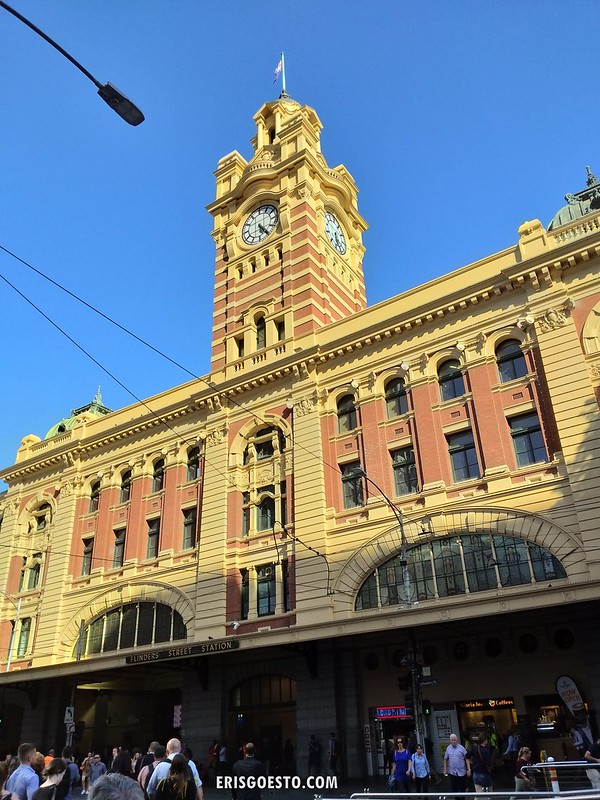 Melbourne’s CBD is very walkable and it isn’t too big, but whenever we got lost we would just look for Flinders Street Station. One of the busiest railway stations in Australia, the station serves the entire metropolitan rail network. Built in 1909, it is listed under the Victorian Heritage Register. 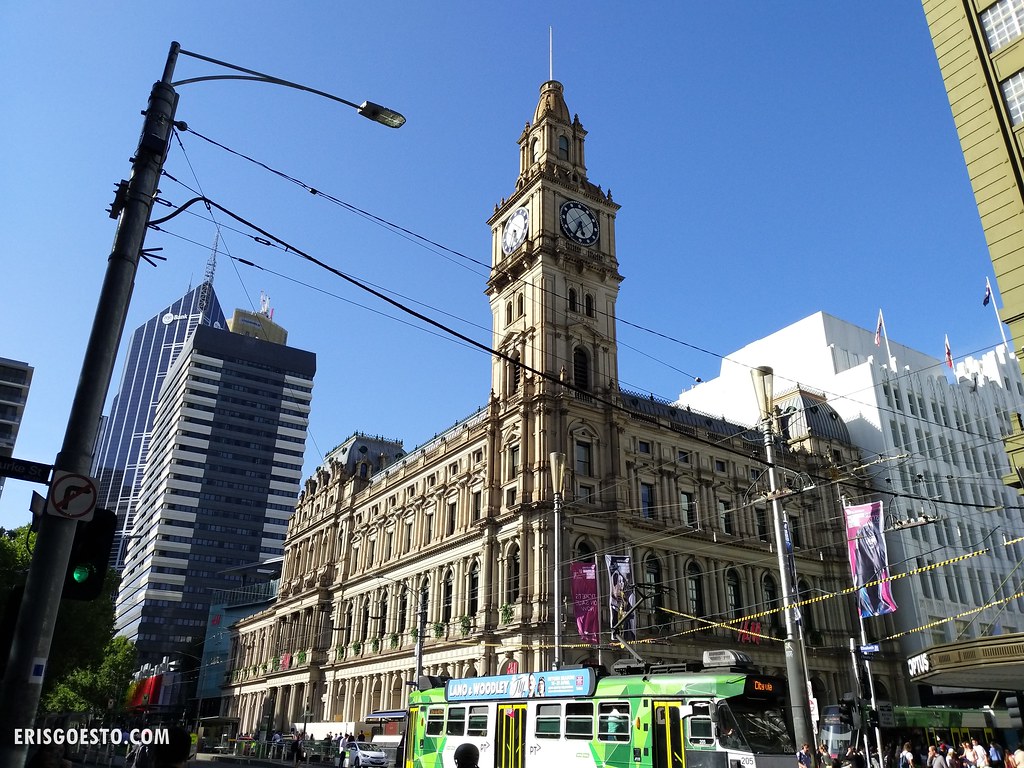 Architecture in Melbourne is a mishmash of old and new, its wide streets flanked by ultra modern buildings and heritage ones. 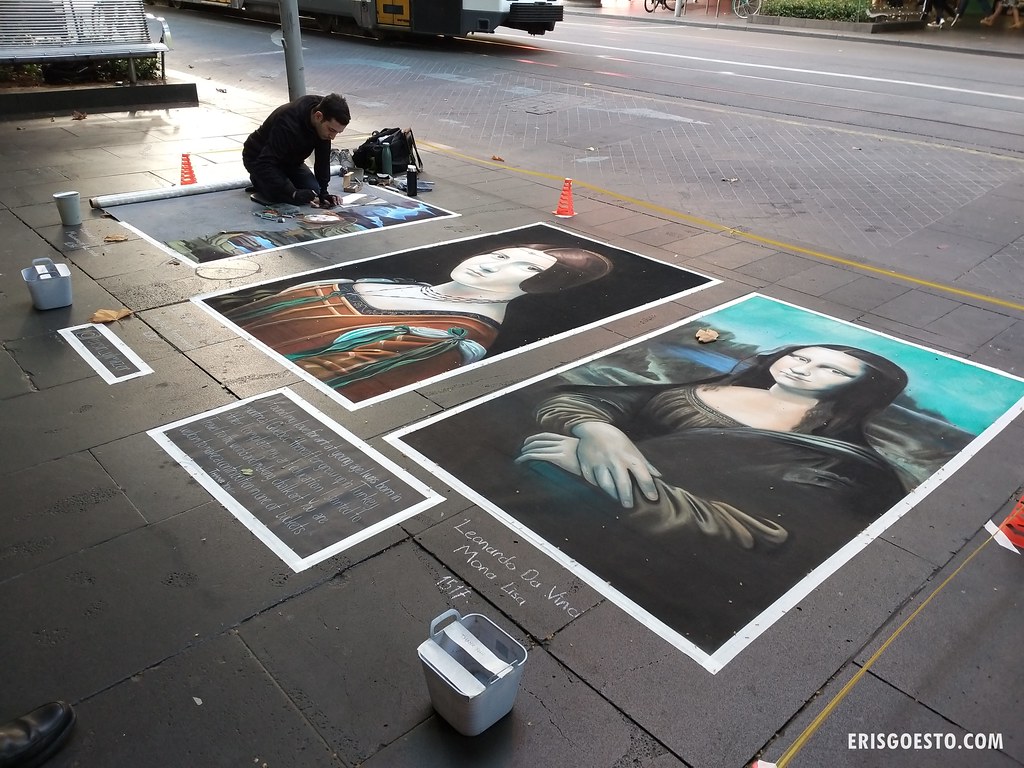 A street artist working with chalk to create beautiful and realistic art pieces on the sidewalk. 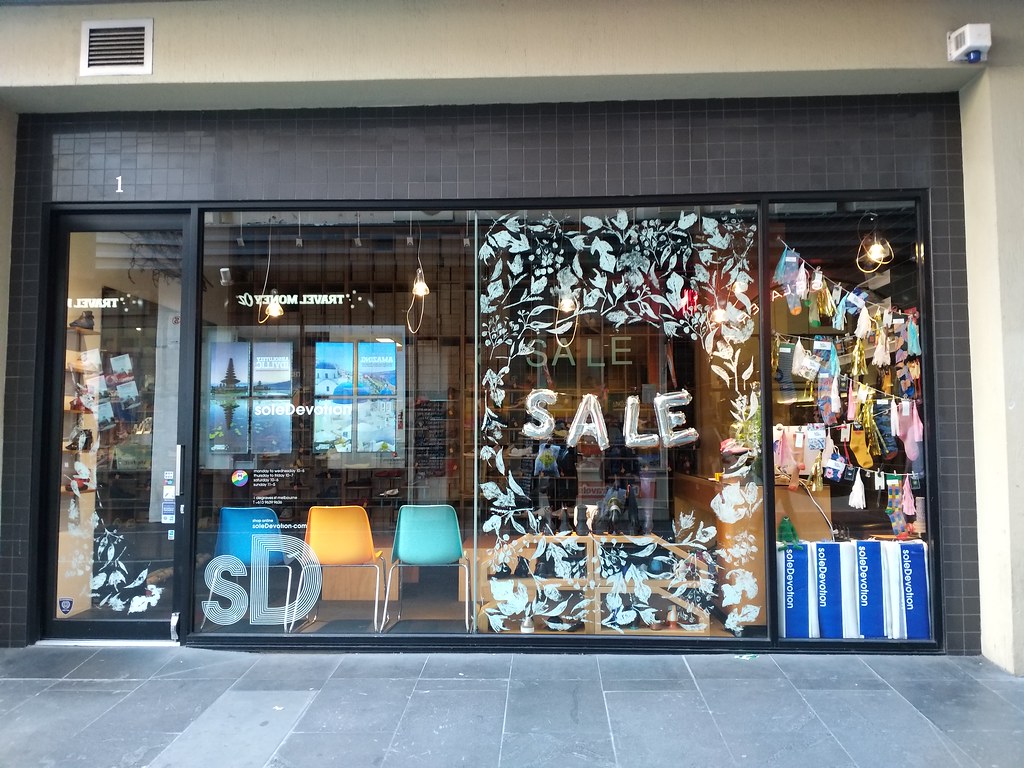 Venturing into one of the city’s shopping arcades (aka old versions of our modern shopping malls), home to hundreds of chic cafes, eateries, shops selling souvenirs and trinkets, boutique clothing stores, jewellery shops, art galleries, etc. Great place for hipsters and the intrepid traveller on the lookout for something unusual. 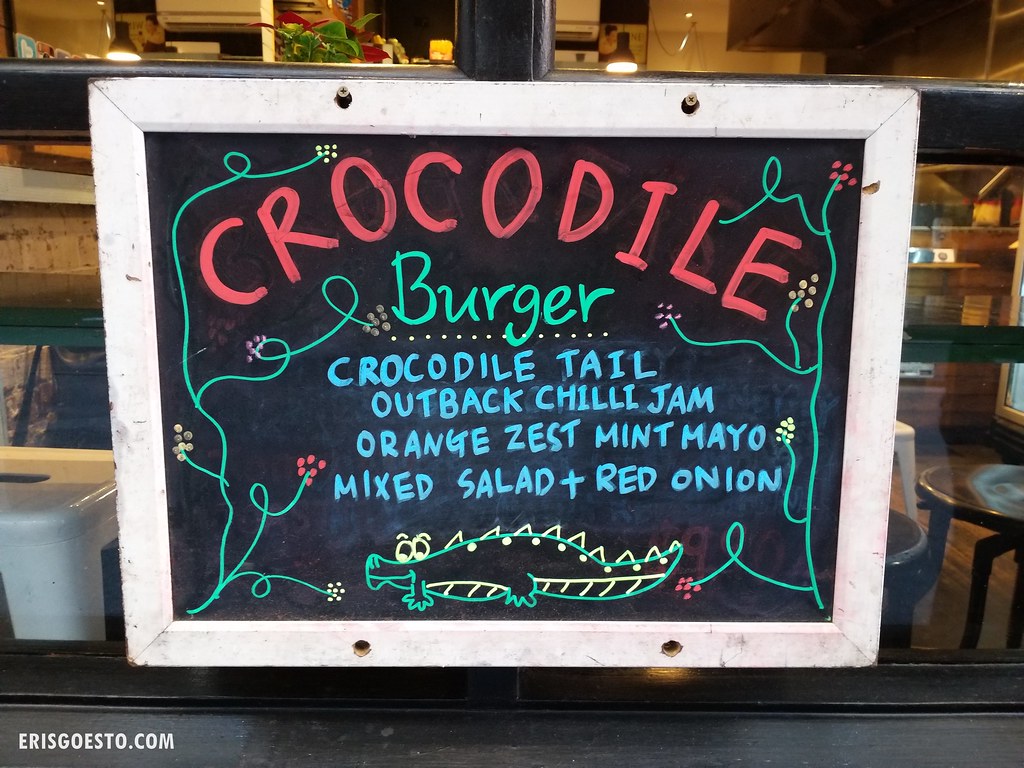 A restaurant selling rather exotic meats, including crocodile, ostrich, emu and kangaroo. I’ve had kangaroo on my last trip to Melbourne (it’s red and has a somewhat spicy flavour). Moo says we had crocodile once when I was very little, but I’ve forgotten all about it. 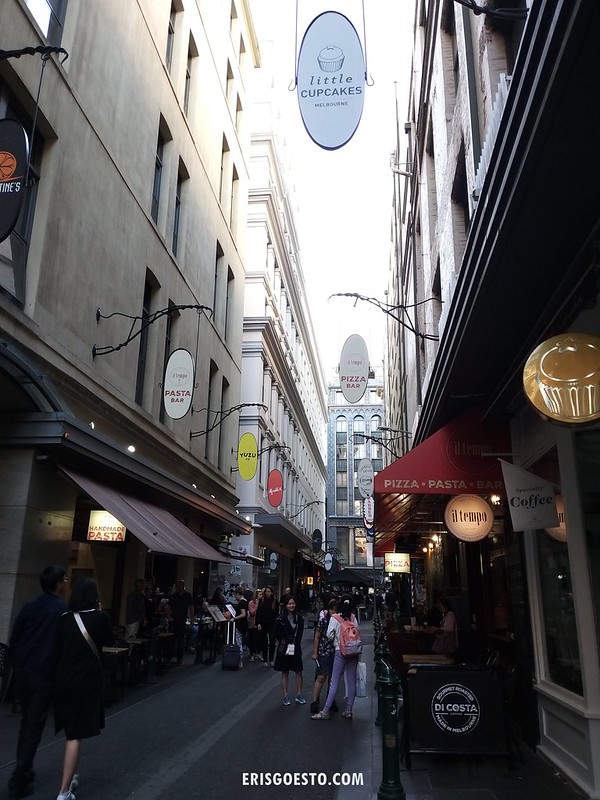 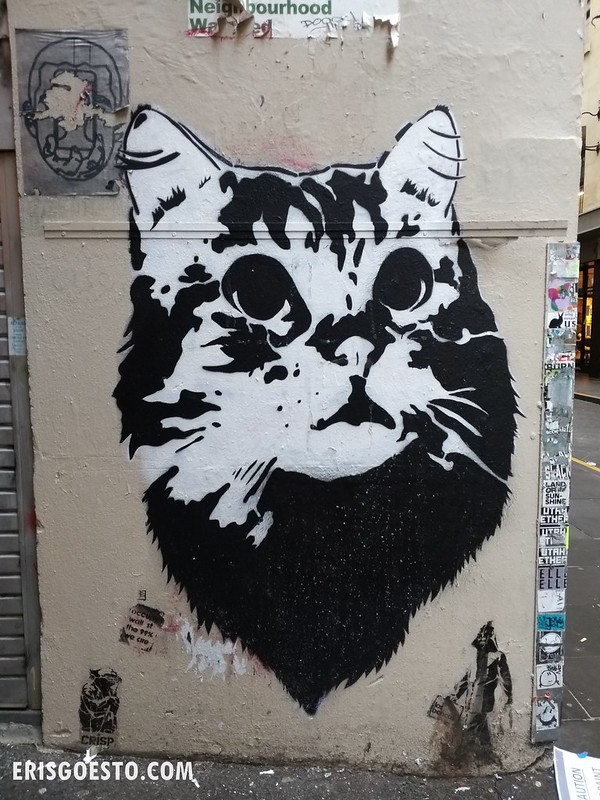 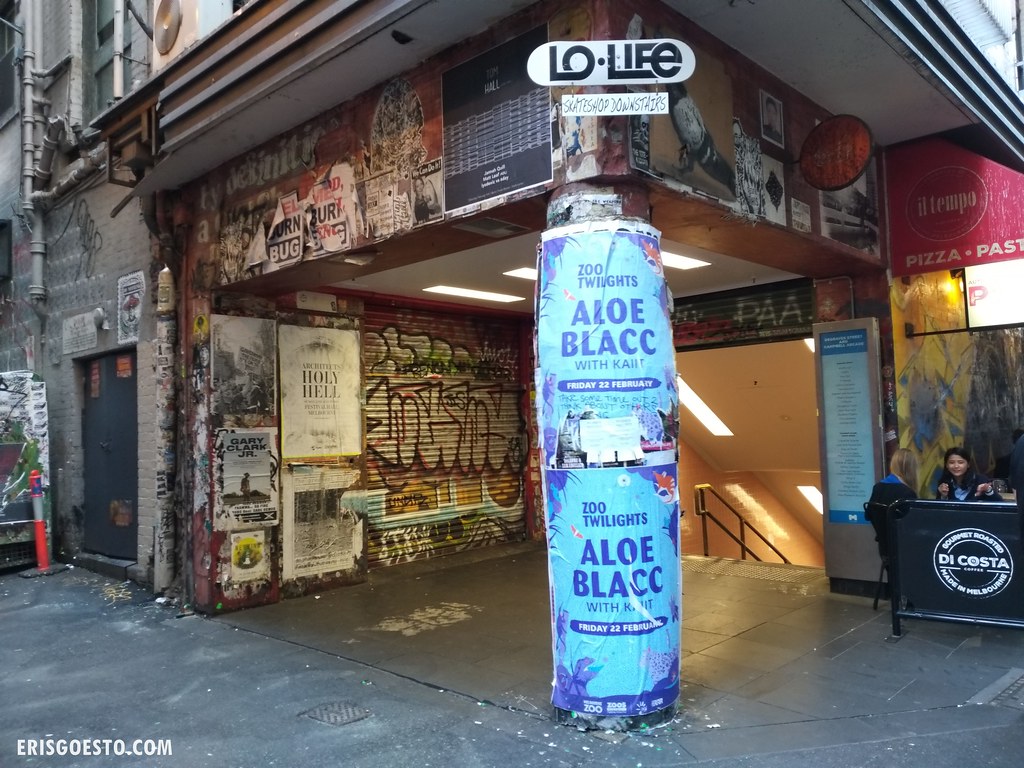 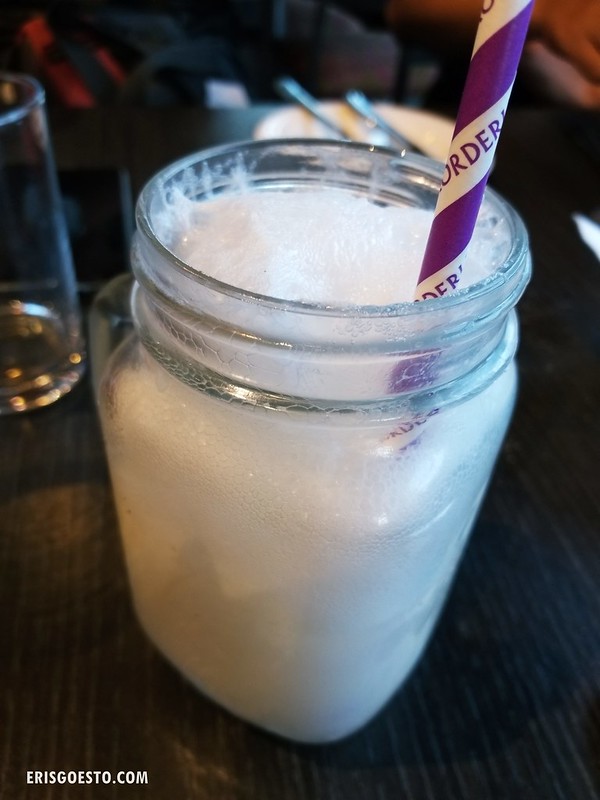 Dinner that night was at our hotel, the Clarion Suites Gateway, at the hotel’s in-house restaurant called Williams Bar and Cafe. Had a milkshake to cool down from all the walking; it was nice and frothy. 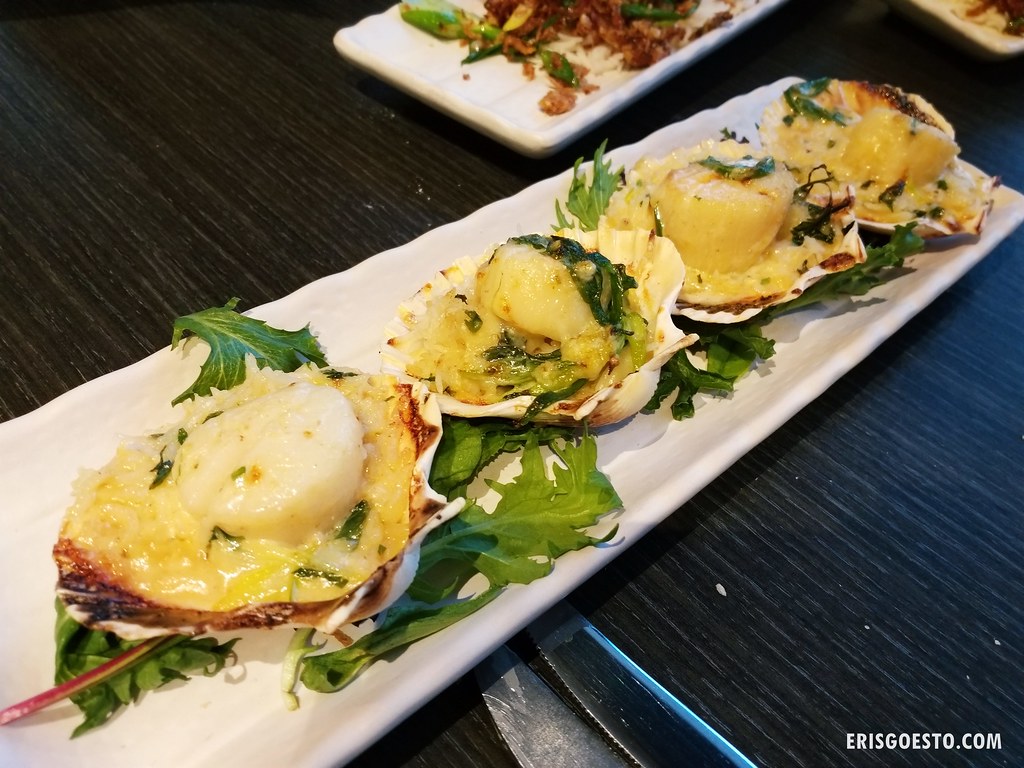 The food took forever;  the waiters came out to apologise, citing that the chef had a lot of orders to make for dinner service. Baked scallop appetisers; scallops were sizable and sweet. 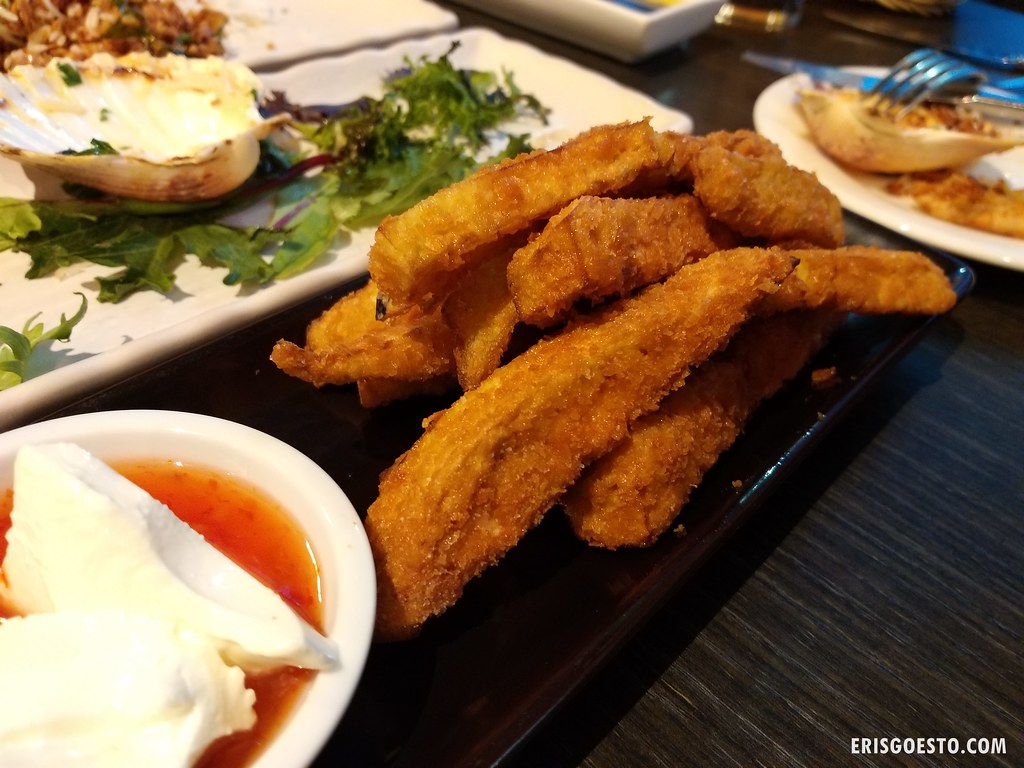 Eggplant chips were rather soggy and greasy, nothing like the ones I enjoyed at Pontoon @ St Kilda. 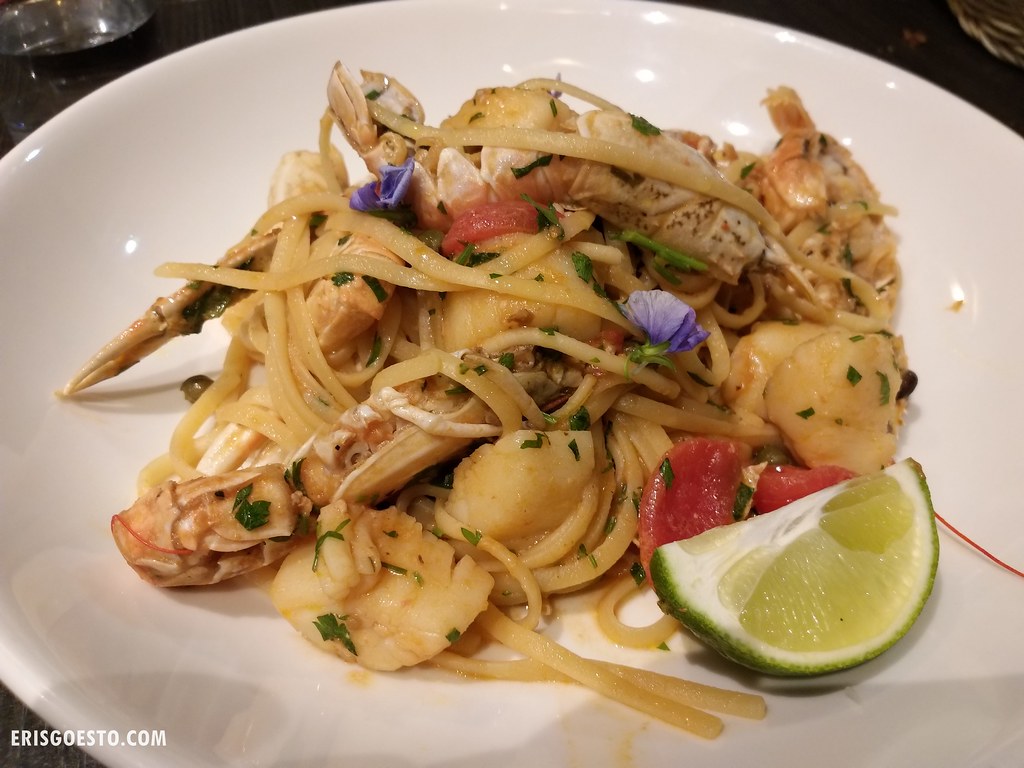 Seafood pasta which came loaded with humongous scallops and crab. Tastewise it was decent but the portion was very large, probably enough for two, and there was a lot left over. 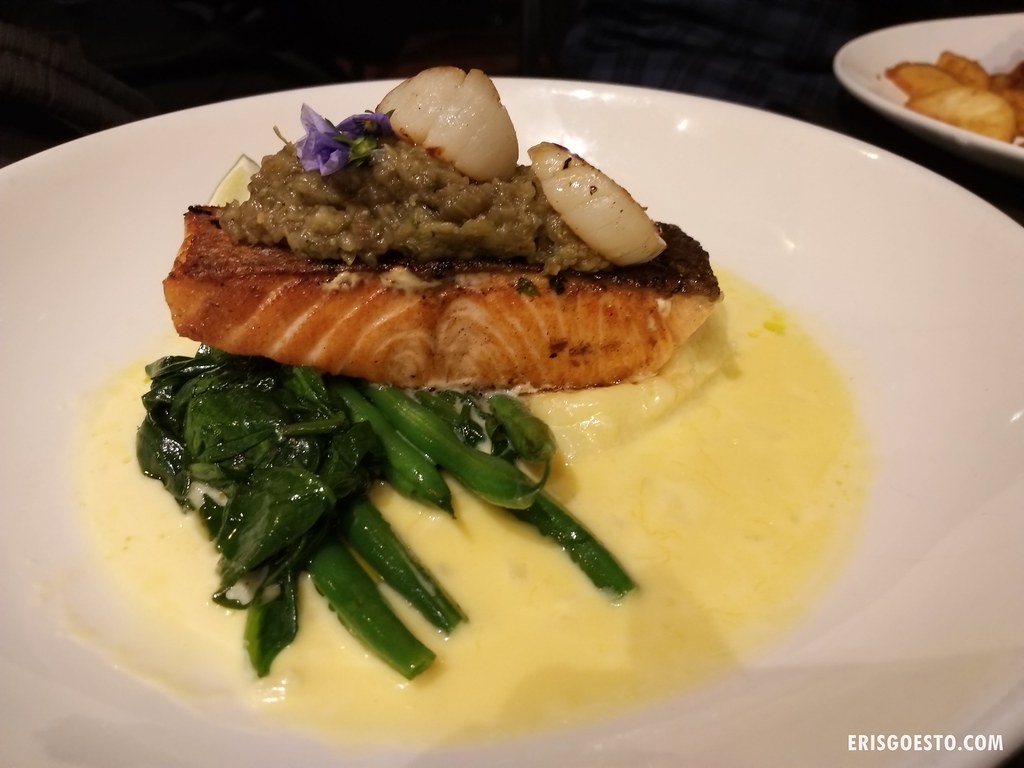 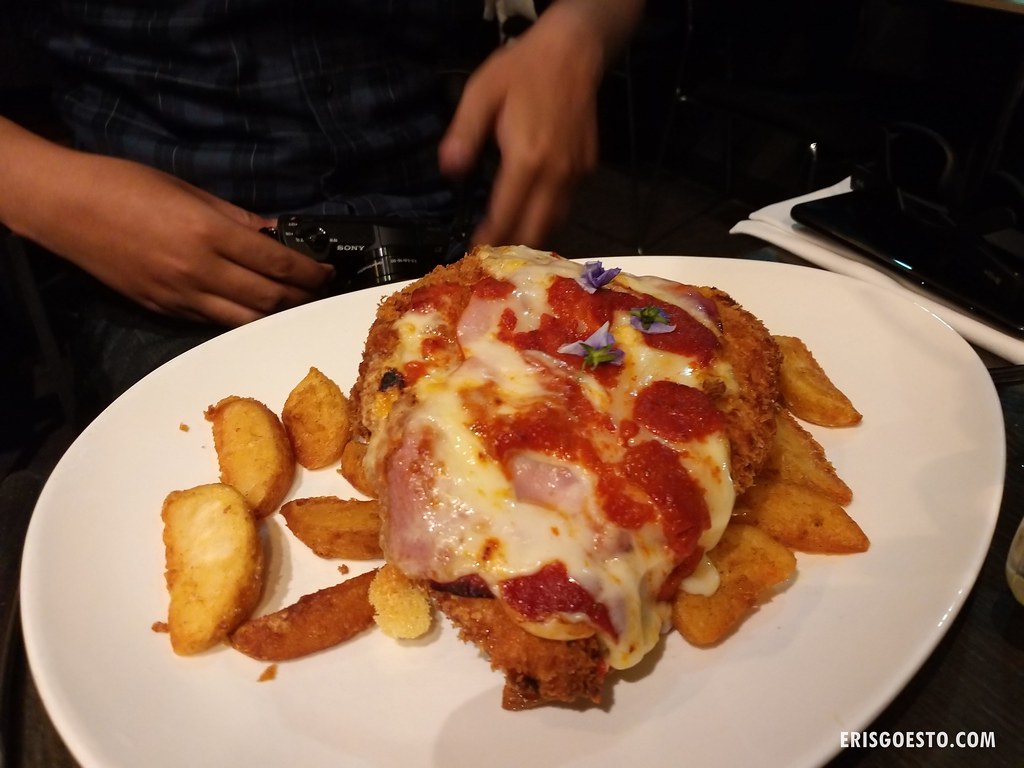 And with that, we bid adieu to this amazing city. Thanks for the memories, Melbourne! If fate decrees, we shall meet again. 🙂