Our next stop in our Mornington Peninsula adventure brings us to the Jackalope Hotel, a luxury accommodation in Merrick’s North, an hour’s drive away from Melbourne. The hotel’s modern, industrial design is in stark contrast to the surrounding vineyards and farmlands, but it is this very element of fusion that permeates throughout the establishment. Greeting visitors at the entrance? A giant statue of a mythical rabbit with antelope horns, called the Jackalope. 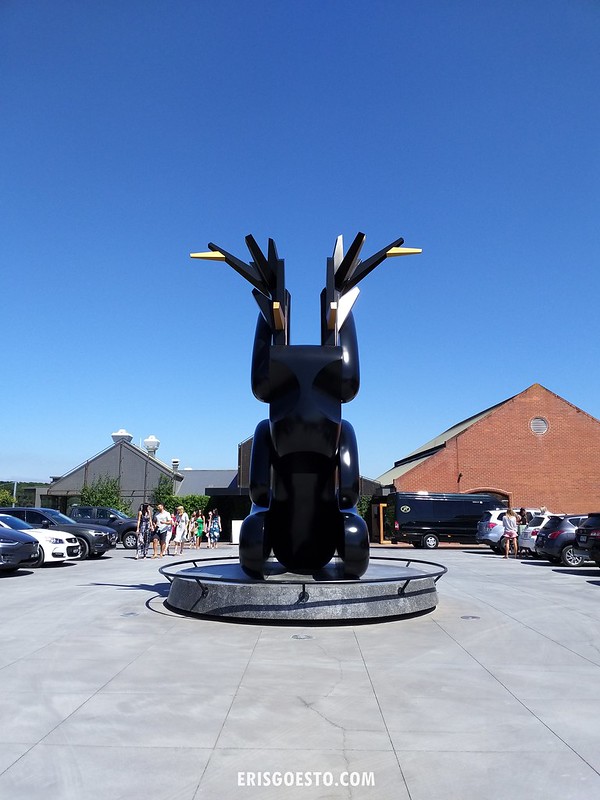 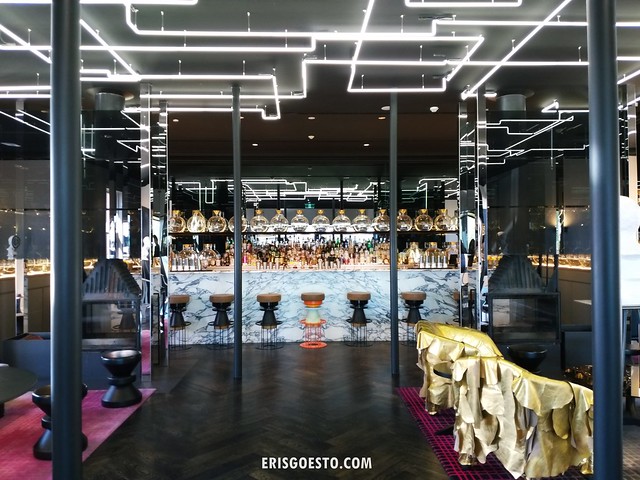 We venture in for a quick tour of the premises, which are equally quirky. The bar area exudes Alice-in-Wonderland vibes, with gold drapes on its couches and modern art pieces like busts forming part of the decor. The ceiling’s neon lights juxtaposed against the black wall create an illusion of floating in space. 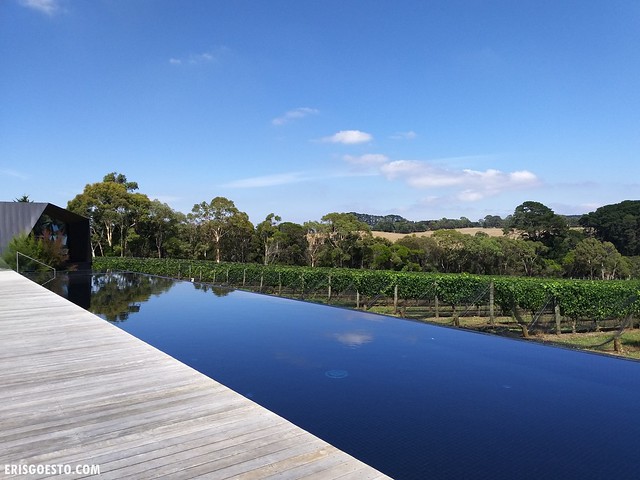 Laze on the decks by the 30-metre heated infinity pool, which faces the vineyards. On a quiet day, the pool is as still as a mirror, reflecting the blue skies above. 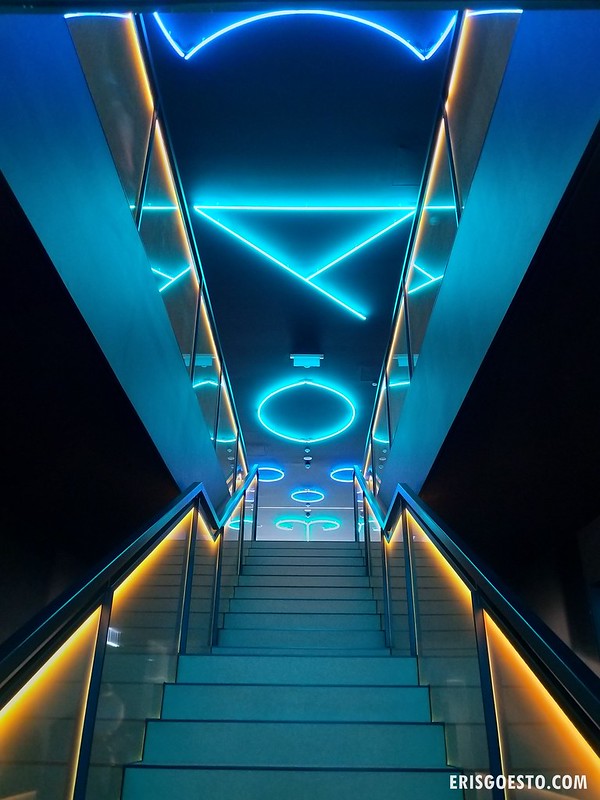 With cool neon strips providing light in otherwise dark corridors, the Jackalope’s hallways are worthy of being a set for a neo-noir film.

A stay in one of its spacious rooms will set you back (a steep) AUD650, but it is worth it when you can sip on wine as you lounge in your bathtub with the windows open, taking in beautiful views of the surrounding countryside. 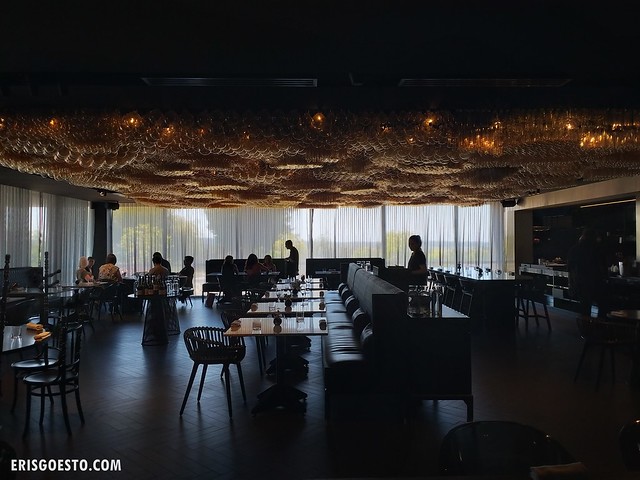 We are ushered in the hotel’s contemporary fine dining restaurant, where its ceiling is a 10,000-strong rippling sea of lightbulbs. If the Jackalope was a single mythical entity, then Doot Doot Doot is a pack of them – which is also what the restaurant is named after. Funny name aside (I’m imagining a conversation where people go ‘Hey, lunch plans?’ ‘Yeah, let’s go to Doot Doot Doot?’), the menu is innovative and contemporary, drawing from fresh and seasonal ingredients. 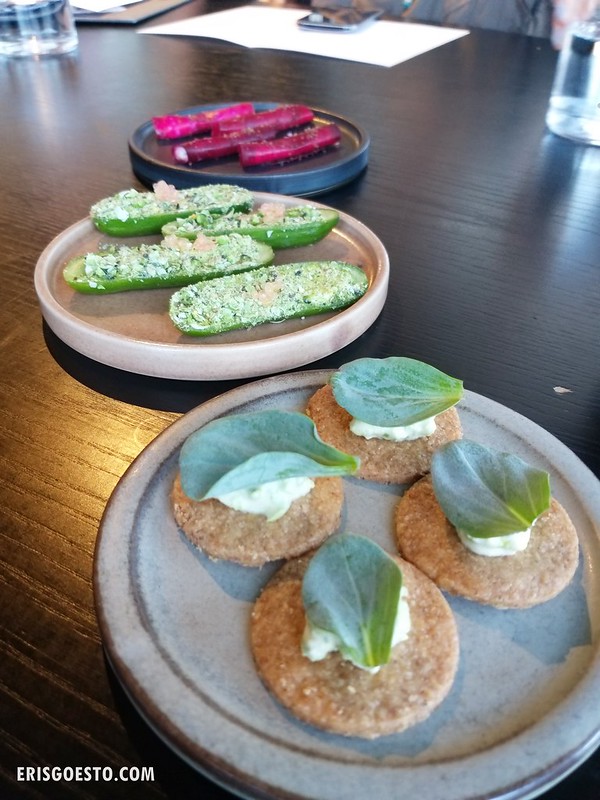 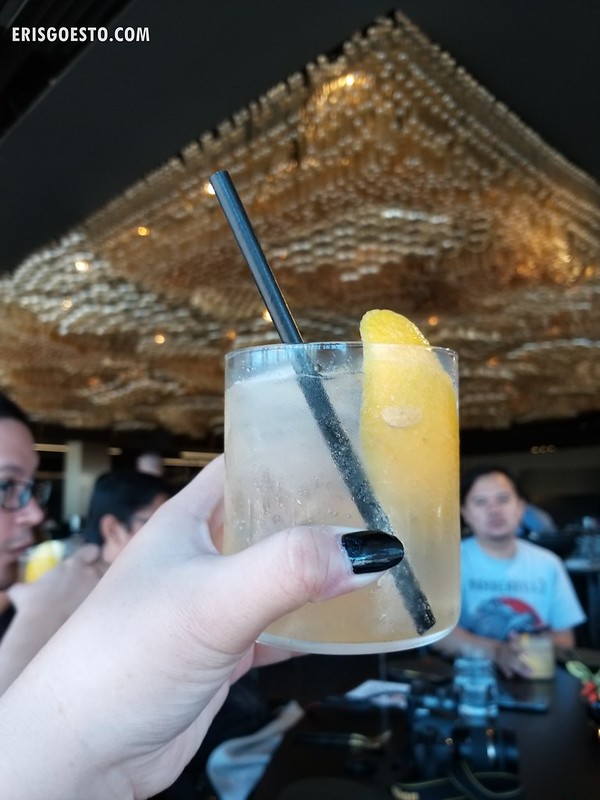 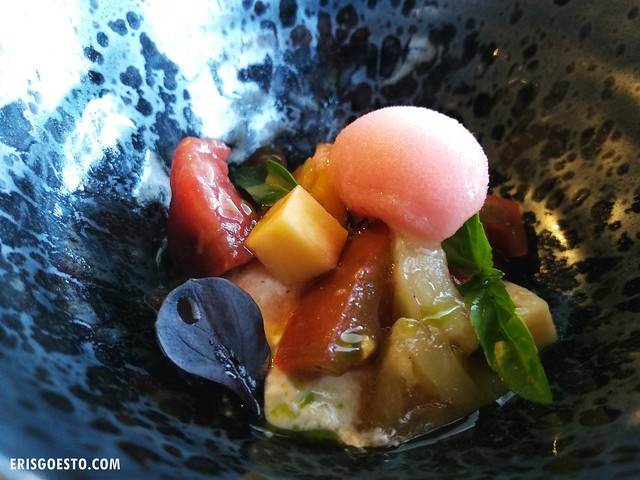 Our first course consisted of heirloom tomatoes, peach, burrata in umeboshi vinaigrette. Heirloom tomatoes are generally sweeter than regular tomatoes. Paired off with the tart flavours of the peach and umeboshi, as well as the creaminess of the burrata, and you get a well-balanced, light and refreshing dish. 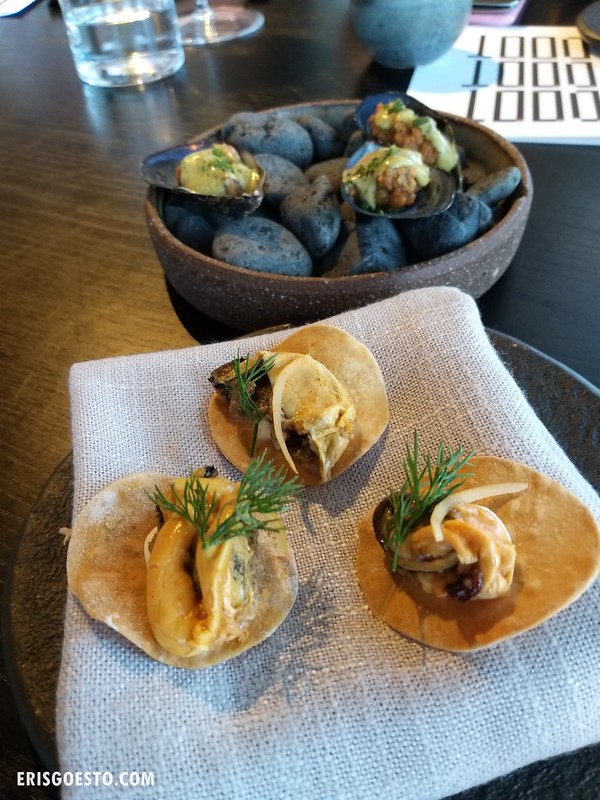 Flinders mussels with some brown butter emulsion, finger lime and seaweed powder were served in their shells ‘on the rocks’, which made for seriously addictive finger food. On another sharing plate, the molluscs were deep fried and served on chips like open-faced tacos. 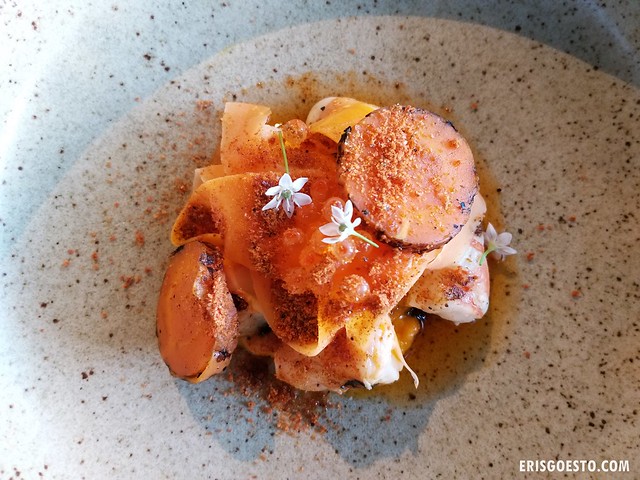 Prawn, carrot butter, sake roe and shell powder was next, garnished with tiny little flowers from the restaurant’s herb garden. Sweet and springy, the shrimp’s flavours were accentuated by the creamy carrot butter and sake roe. 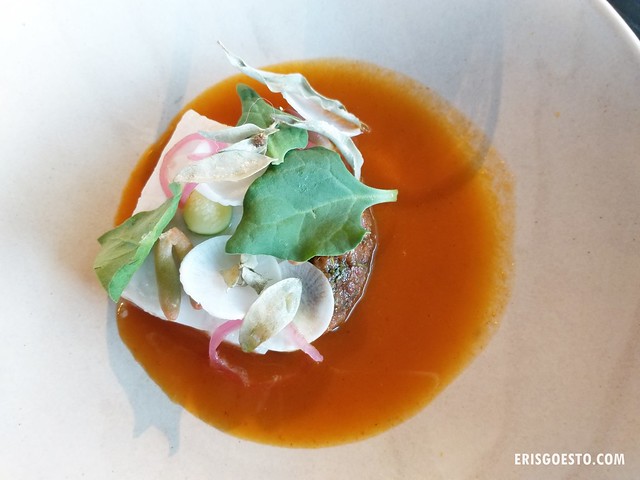 Snapper, eggplant pickle, beach herbs and lemongrass reminded me very much of the Asian cooking I am used to back in Malaysia. Firm but supple, the fish flaked on the tongue, slowly releasing the savoury flavours it had absorbed from the broth it was served in. 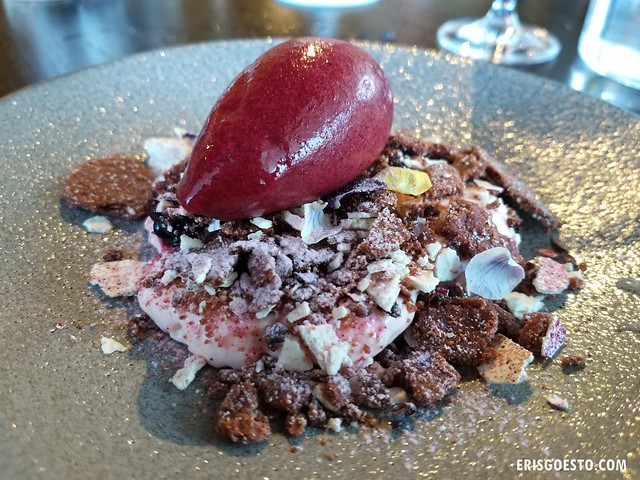 Rounding off the meal, dessert was Blackberry, violet cream, beet juice and cacao nibs, a wonderful medley of textures and nuanced flavours. The dish was more sour than sweet, but I actually preferred this over something like cake or ice cream.

Dining at Doot Doot Doot will cost you (about AUD400 for 2 pax), but the service and food is on par with fine-dining establishments in the city, and you get nice views of the vineyards to boot. If you’re staying at Jackalope for the night, this will be a nice add-on to the entire experience.

Open for lunch and dinner

My social media needs some lovin’! Follow me on: