Phuket may be known for its beautiful sandy beaches and party scene, but if you’re into culture and heritage, then Phuket Old Town is a definite must visit. Comprising several roads including Dibuk (Thai for ‘tin’), Thalang and the narrow but extremely popular alleyway called Soi Romanee, the area is a haven of old shops and hipster cafes, selling everything from artisan ice cream and drinks to cheap clothing, accessories and jewelry. 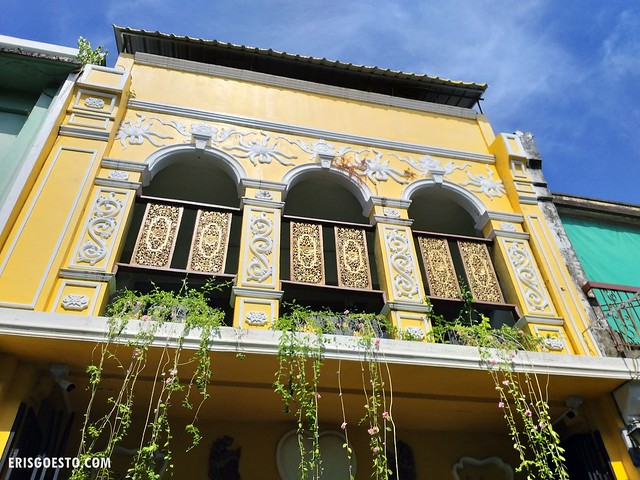 Before it became a popular island destination, Phuket’s riches were founded in tin, and in the late 18th century, Hokkien Chinese immigrants made their way to its shores, establishing themselves in the trade centres which would later become bustling towns. As such, the architecture is reminiscent of regions in Southeast Asia with a similar ethnic heritage and past, such as Penang in Malaysia as well as Singapore. The architecture style, dubbed Sino-Portuguese, features colourful facades and elaborate decorations, blending both traditional Chinese /local elements with European touches. 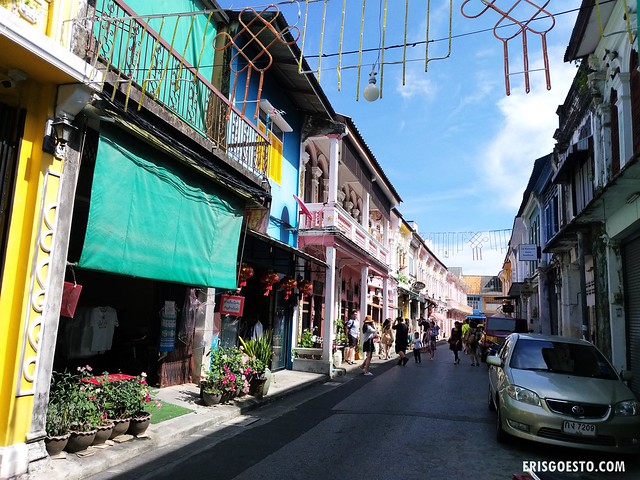 While small and narrow, Soi Romanee is perhaps the area’s most popular (and Instagrammable) street, flanked on both sides by cafes, hole-in-the-wall eateries and boutique inns. 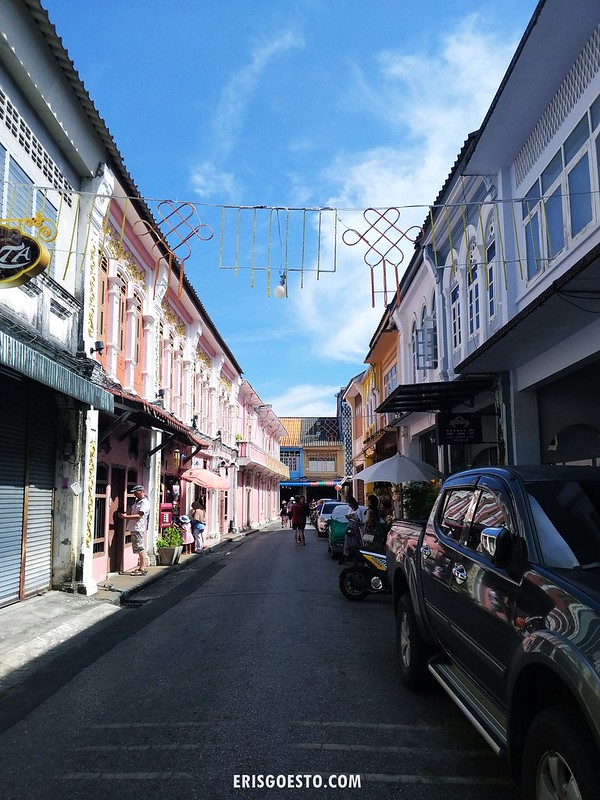 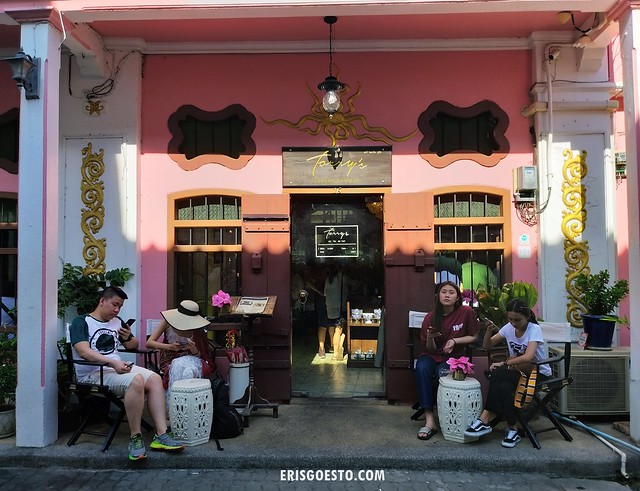 Apparently a great place to get ice cream (especially in Phuket’s scorching weather!) is this ice cream parlour called Torry’s. 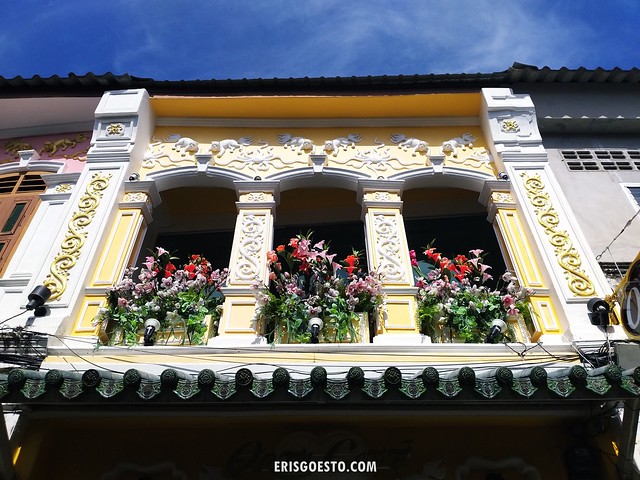 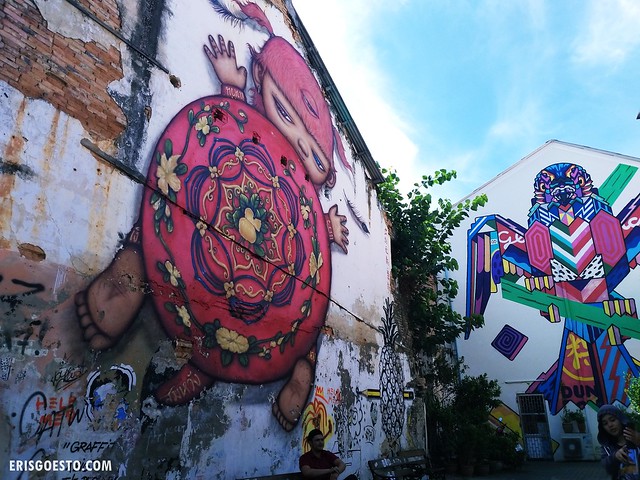 Also like Penang and Singapore, the area has been spruced up with large and colourful murals adorning the sides of several buildings – bringing together the old and the new. 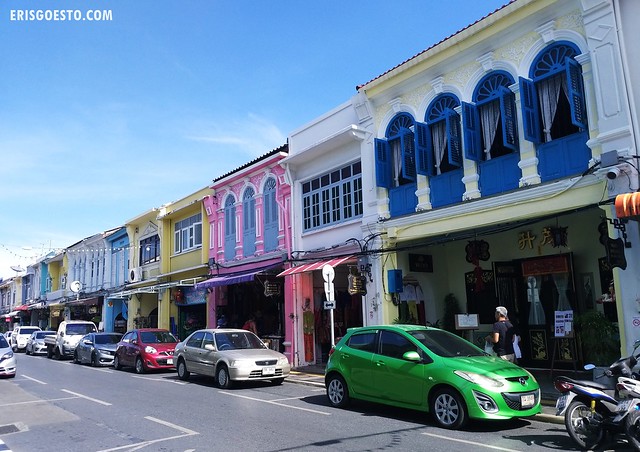 Crossing over to Thalang Road, which boasts the same neat and colourful buildings with shaded five-foot walkways. 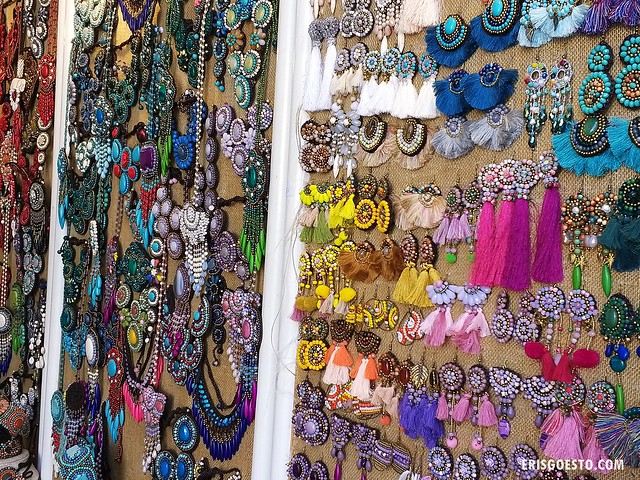 Parts of the walkway are occupied by pop up stalls selling clothing and jewellery. If you’re a fashionista, this would be a great place to get some unique pieces that you won’t be able to find back home – and at cheap prices to boot. 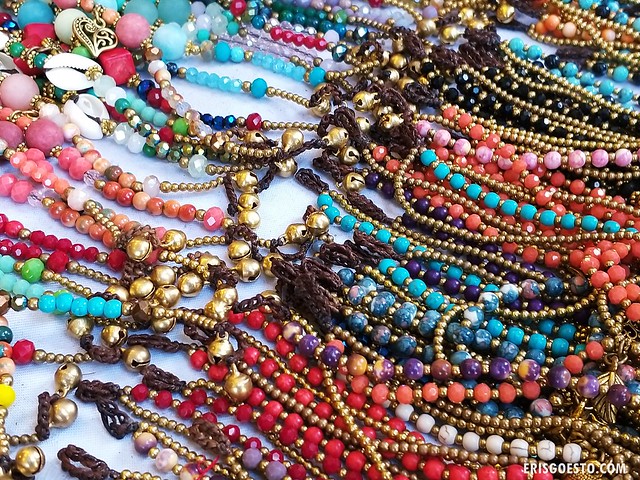 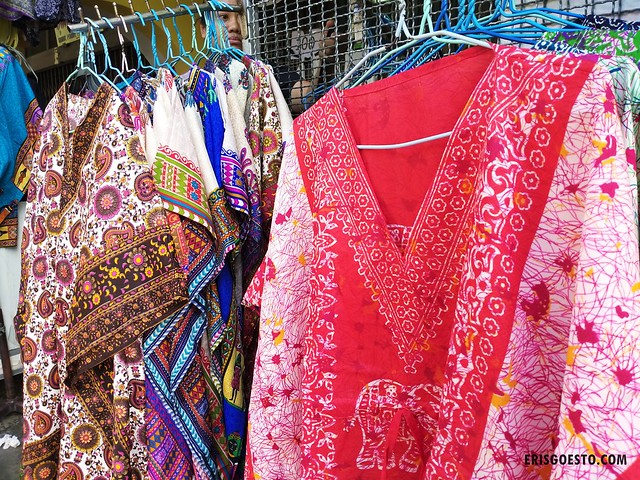 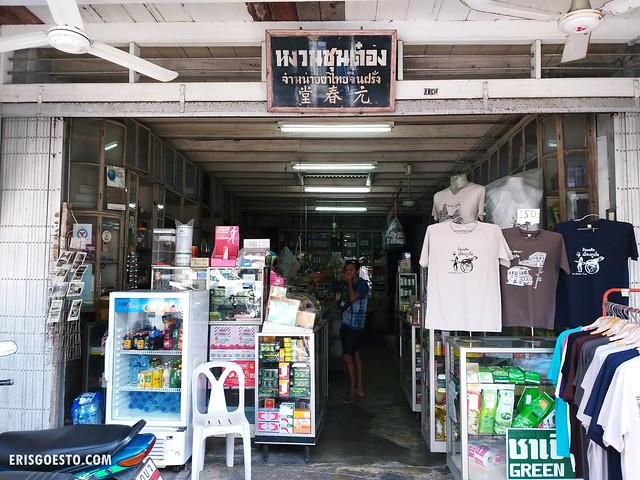 Reflecting its Chinese heritage (Thailand has the largest population of overseas Chinese in the world), many of the shops here have been running for generations and still carry Chinese names. Next to swanky cafes and cool eateries sit generation-old businesses such as gold shops, optical shops and traditional medicine stores. 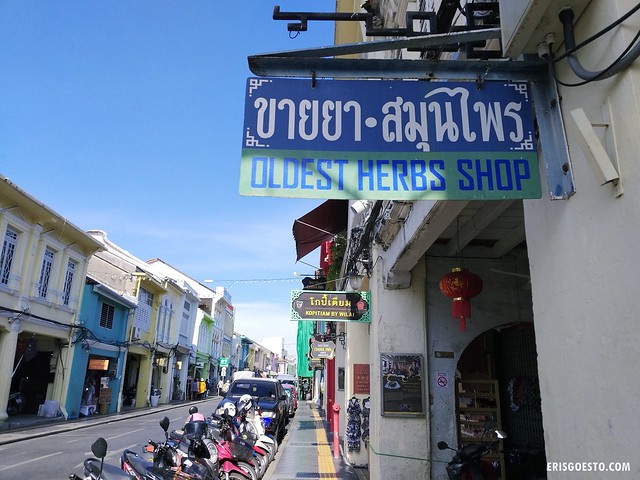 There’s actually plenty to do in the area but we were pressed for time and missed out on alot of places.

Some notable spots for a half-day tour include the Thavorn Hotel Museum (as the name suggests, an old hotel turned museum), The Memory at On On Hotel (where they filmed The Beach starring Leonardo di Caprio), Thai Hua Musuem ( a museum on Chinese heritage in Phuket/Thailand), Jui Tui Shrine (a Chinese temple), Blue Elephant (where you can have cooking classes), and many more.