As one of the first luxury hotels in Kuala Lumpur, Hotel Equatorial was an iconic landmark in the city, right up until it was closed in 2012 for redevelopment. Rather than refurbish the dated interiors to keep up with the times, the owners decided to pull down the entire place and build a brand new hotel in its place. So it is that after seven long years, the brand new five star EQ Hotel opened its doors to the public in March of this year – featuring modern yet elegant interiors, contemporary rooms, top notch facilities and creative dining concepts.

Old timers will remember Equatorial’s legendary Nipah Restaurant as a place where they might have had their first date, celebrated family gatherings, had birthdays or socialised with friends. EQ has retained part of this rich heritage with their very own Nipah Restaurant, which pays tribute to the well loved recipes and dishes that made the old place such a popular dining establishment. As the new hotel celebrates its first Ramadan, guests and diners are welcome to take a trip down memory lane with their Nostalgia Nipah Ramadan Buffet dinner. 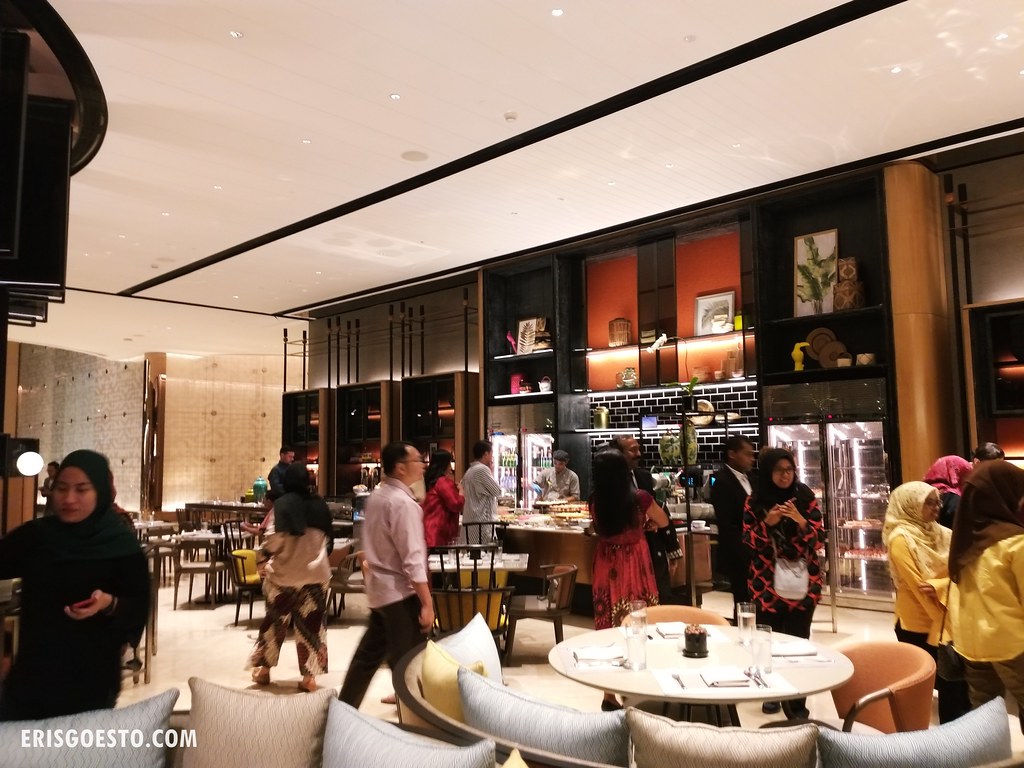 The spacious dining area has various seating arrangements for different groups, be it an intimate table for two or a comfortable booth with couch-like seats. The design is elegant and contemporary, the use of ambient lighting lending it a warm, cosy feel. The food has also been arranged for maximum efficiency and convenience, with a dessert island, salad counter, main buffet spread with a view of the open kitchen, and an outdoor area housing live cooking stations and a noodle bar. 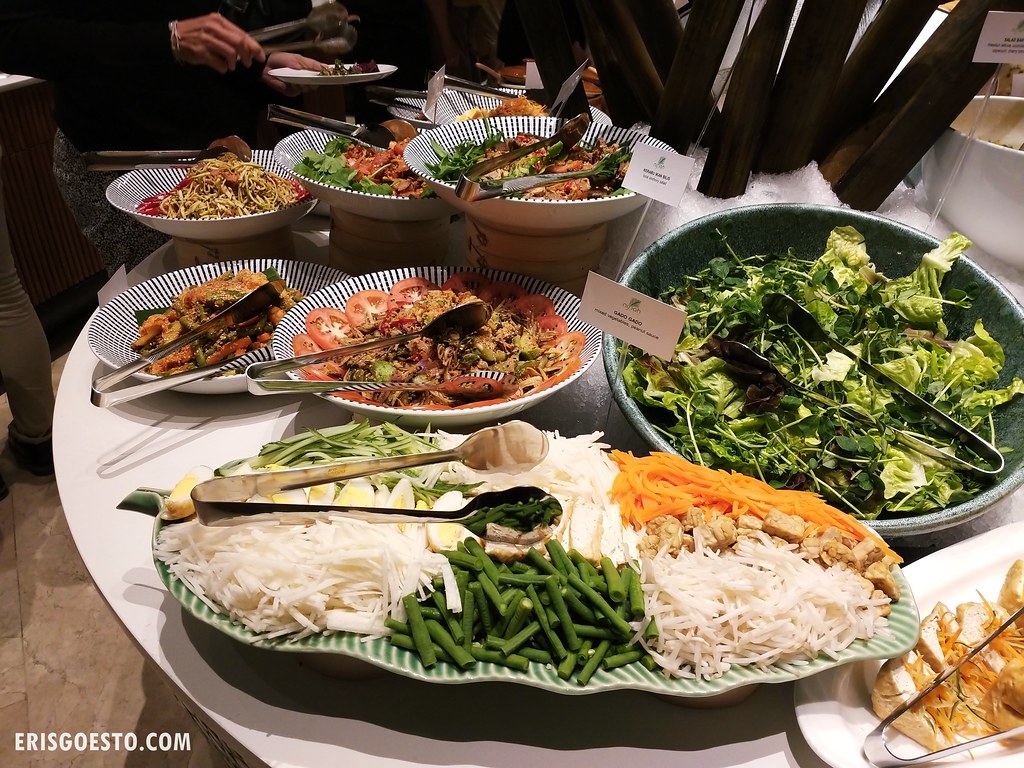 The fresh seafood, salad and ulam counter was laden with humongous shellfish and sizable shrimps, alongside a variety of sauces and condiments to go with the greens. For when you wanna eat ‘healthy’ but who does when you’re at a buffet ? lol 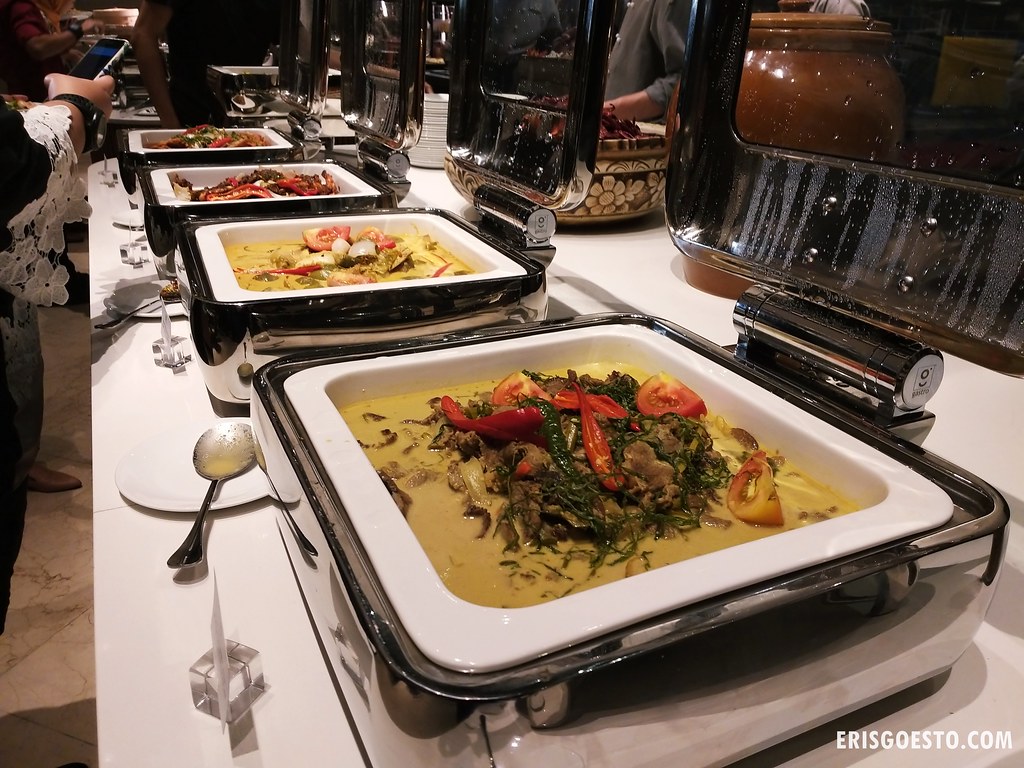 The spread features a nice variety of traditional Malay favourites, popular Malaysian dishes and some Western fare, like thin-crust, oven baked pizzas,  and a pasta counter where you can have your pasta cooked to order in your sauce of choice. Some of the other main dishes to look out for include Briyani Gam, Daging Salai Masak Lemak, Ayam Goreng Berempah, Sambal Udang Petai, Ayam Tikka Masala, Ikan Kukus Pedas and many more.

Don’t forget to try the signature curry noodles, the recipe of which was created by one of the hotel’s pioneer chefs in the 1980s, where he insisted on using the shells of tiger prawns, together with heads so the roe would melt into the stock. Together with dried shrimp and a blend of secret herbs and spices, the broth is then put on a slow simmer for four hours to create a rich gravy, with a consistency similar to hearty seafood chowder. 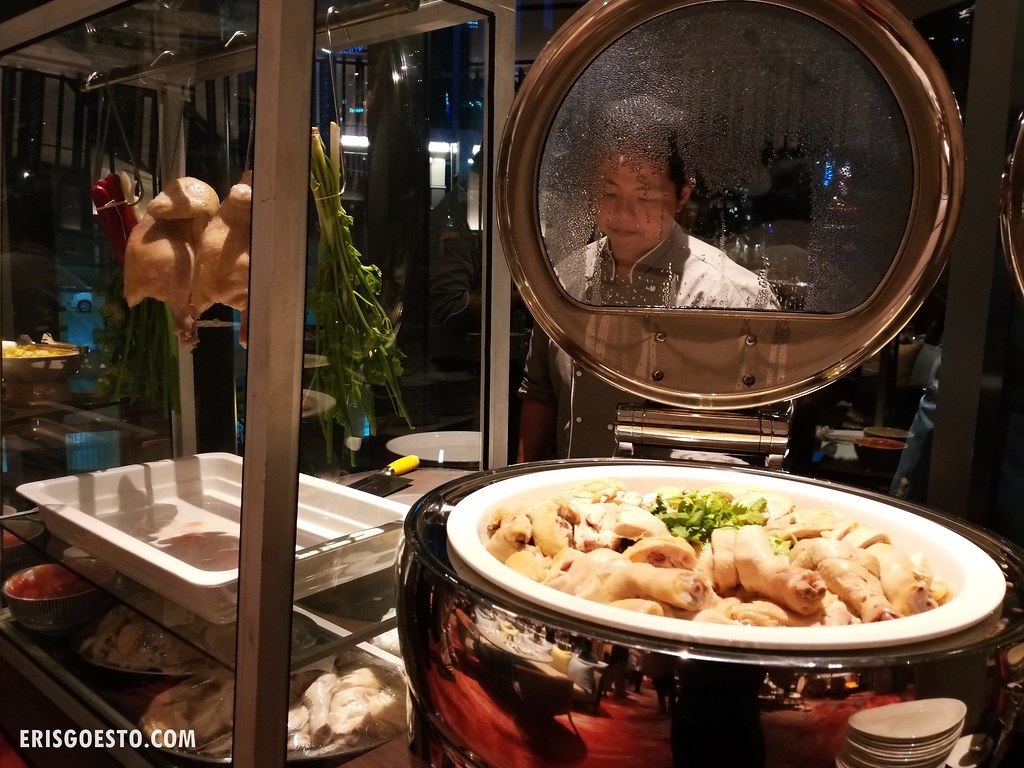 I try to steer clear of carbs (ie rice and noodles) because they’re usually filling and you won’t get your money’s ‘worth’ – but Nipah’s Hainanese Chicken Rice – another old recipe handed down from Equatorial – was so delicious everyone went for seconds. The chicken needed a bit more flavour although it was tender and juicy enough, but the rice was crazy tasty. Fragrant, buttery and flavourful, it seemed to have been cooked in  chicken fat – you can even eat it on its own, it was that good. 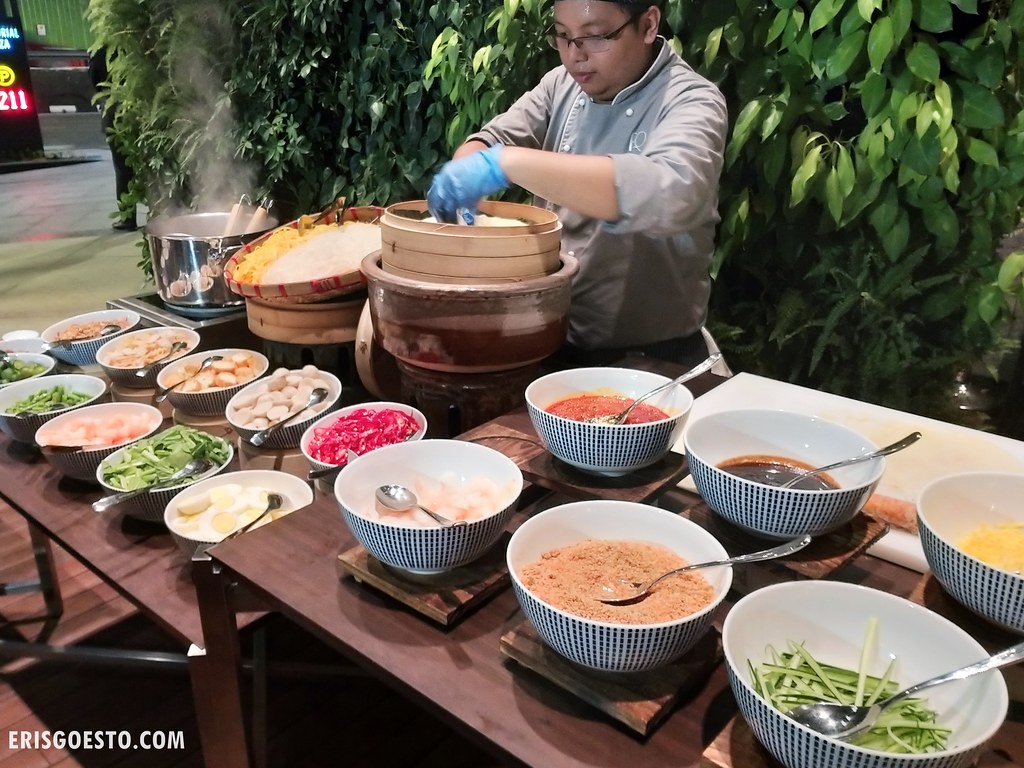 The noodle bar is where you can customise your noodles; next to the Ais Kacang counter. Diners will also find perennial Malaysian favourites, from oxtail, beef, chicken or mutton soup, to the popular Roti Canai, Murtabak Ayam, Popiah Basah, or Rojak. 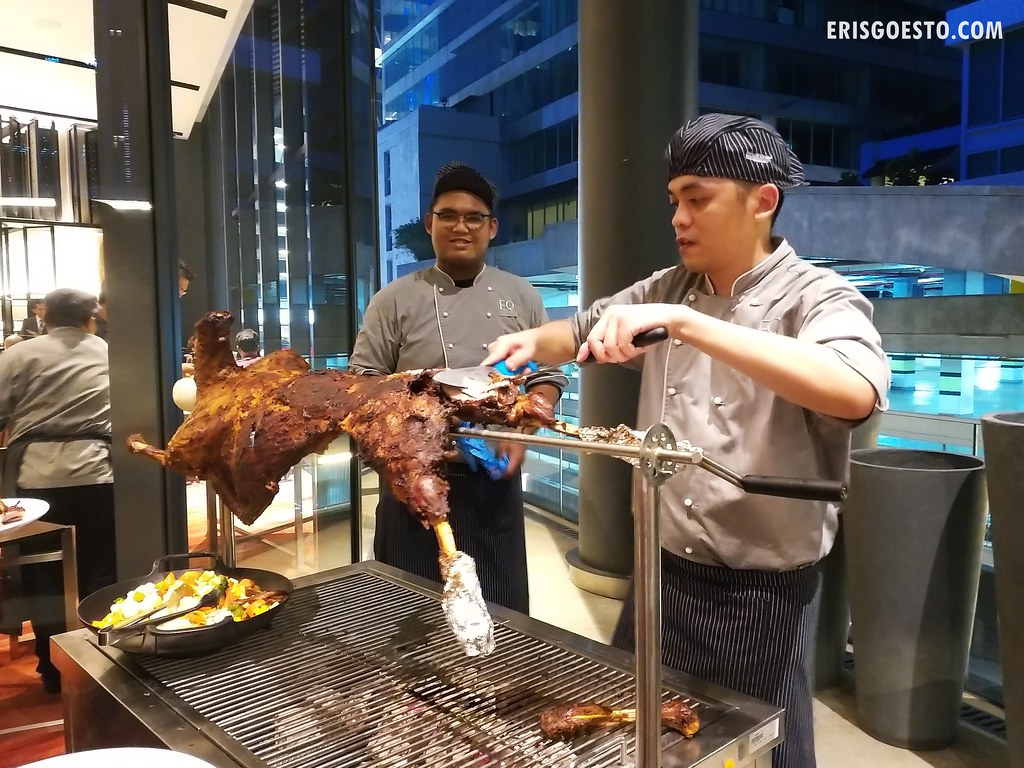 No Ramadan buffet is complete without a whole roasted lamb, smoky and dripping in juices. The version at EQ has been tenderly massaged with spice rubs for exquisite flavour. 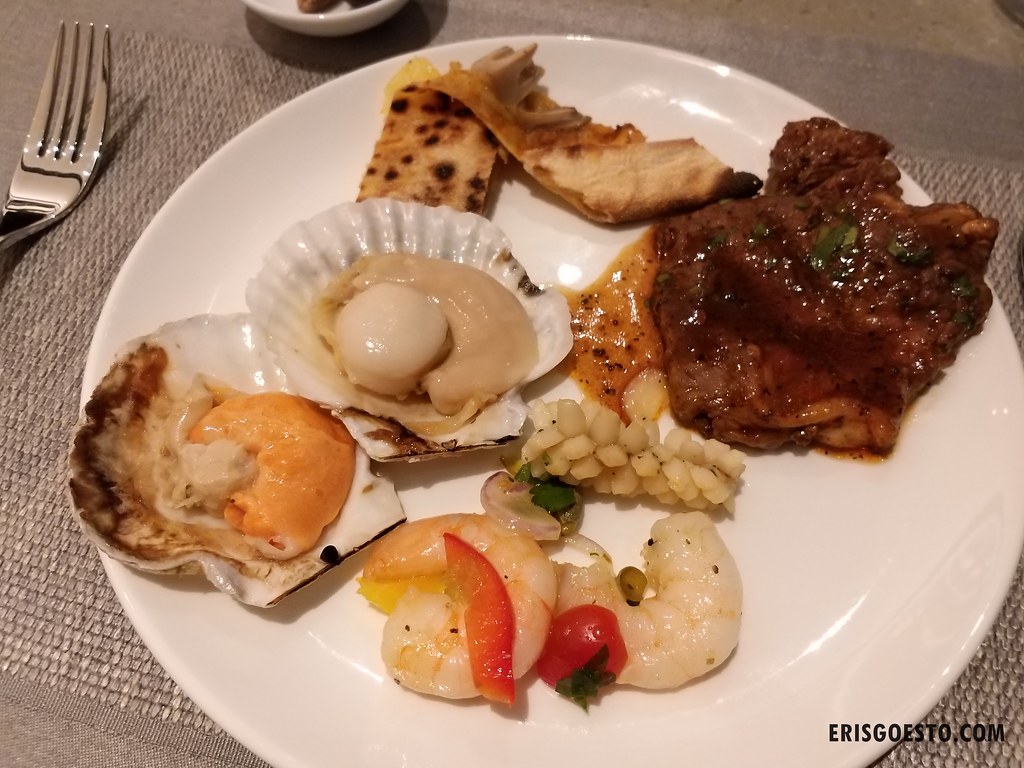 The thing about buffets: even trying a bit of everything is enough to make you full! 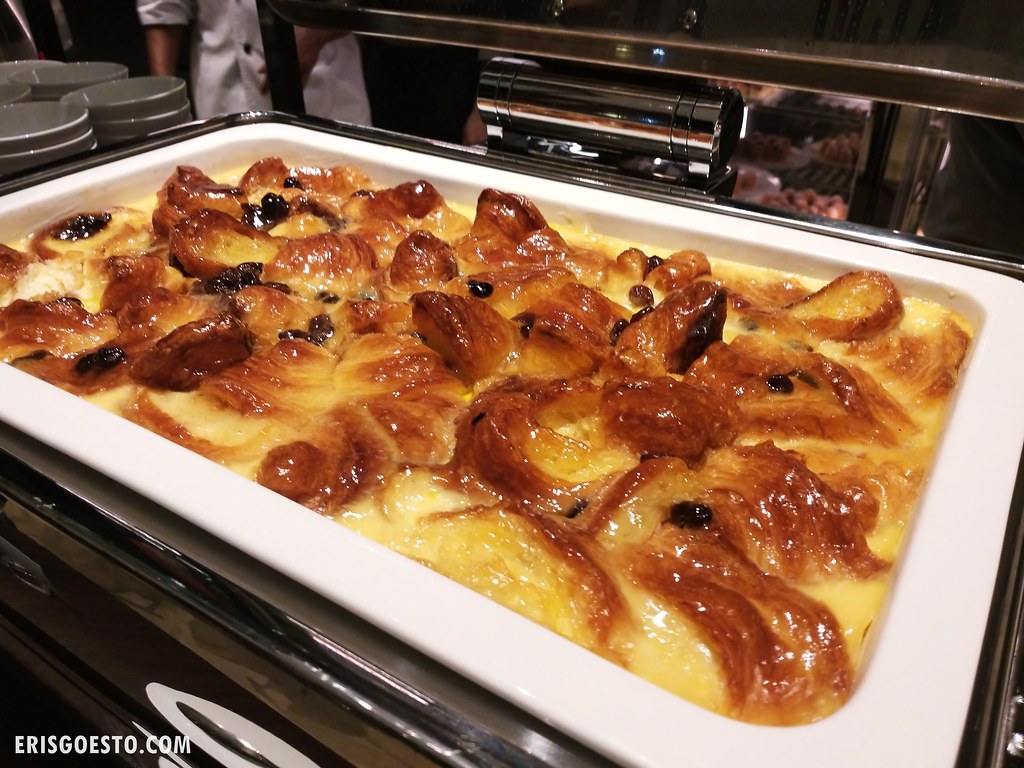 But of course, there’s always a separate stomach for desserts! I loved the fact that they had warm, sweet bread pudding, as well as a variety of traditional Malay kueh-mueh and Western-style cakes, tarts and pastries. Some looked too pretty to be eaten. Ice cream is also on the menu, and you can customise it however you want – drizzled over with chocolate sauce, sprinkled with chocolate chips or marshmallows. 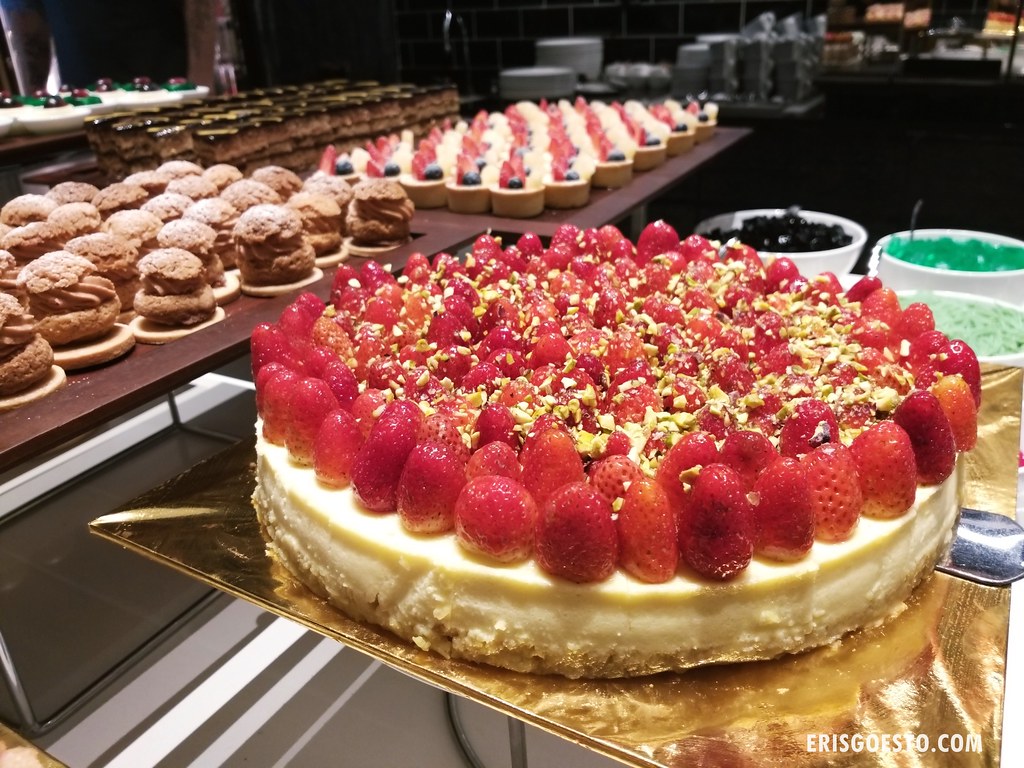 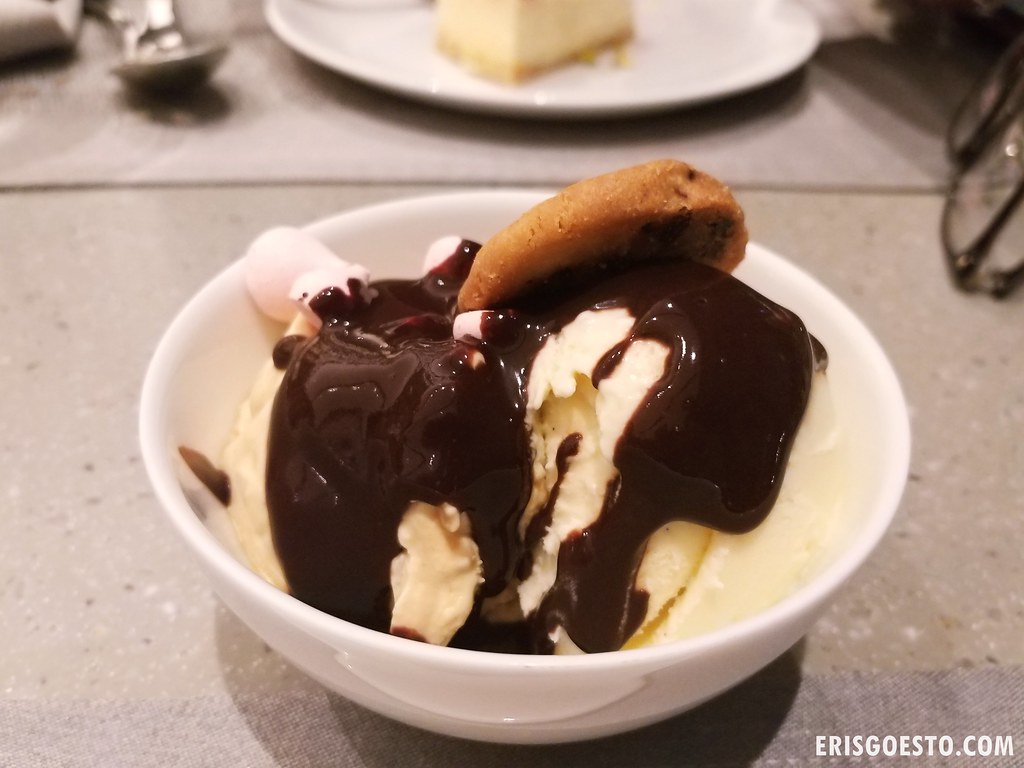