I mean, you don’t get to do the ‘normal’ things most couples do ). So even though the Boy and I are almost at our two-year mark now, we’ve barely gone on a handful of dates.

Since I was in town recently, we went to Eastwood City for the ‘conventional’ dinner and movies. 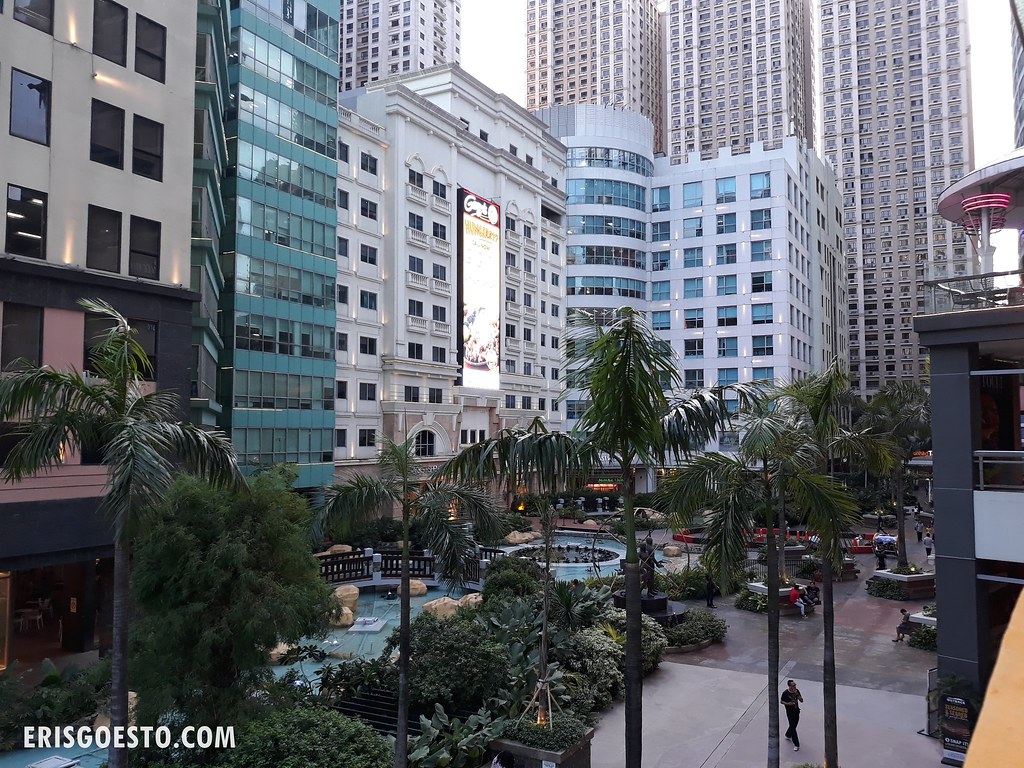 One of the first CBDs in Manila, Eastwood City is a pleasant area with a shopping belt, condos and offices. It is home to many global IT companies, including Dell, IBM, Accenture and Atos, as well as corporations like Canon, Citibank and Toei Animation. 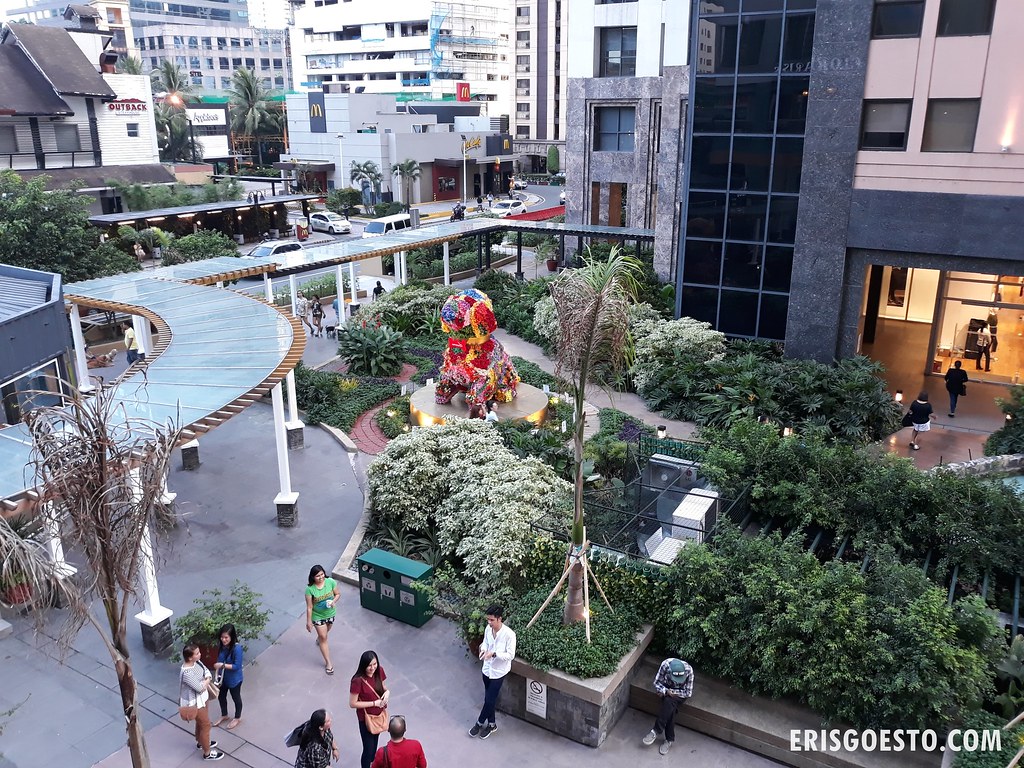 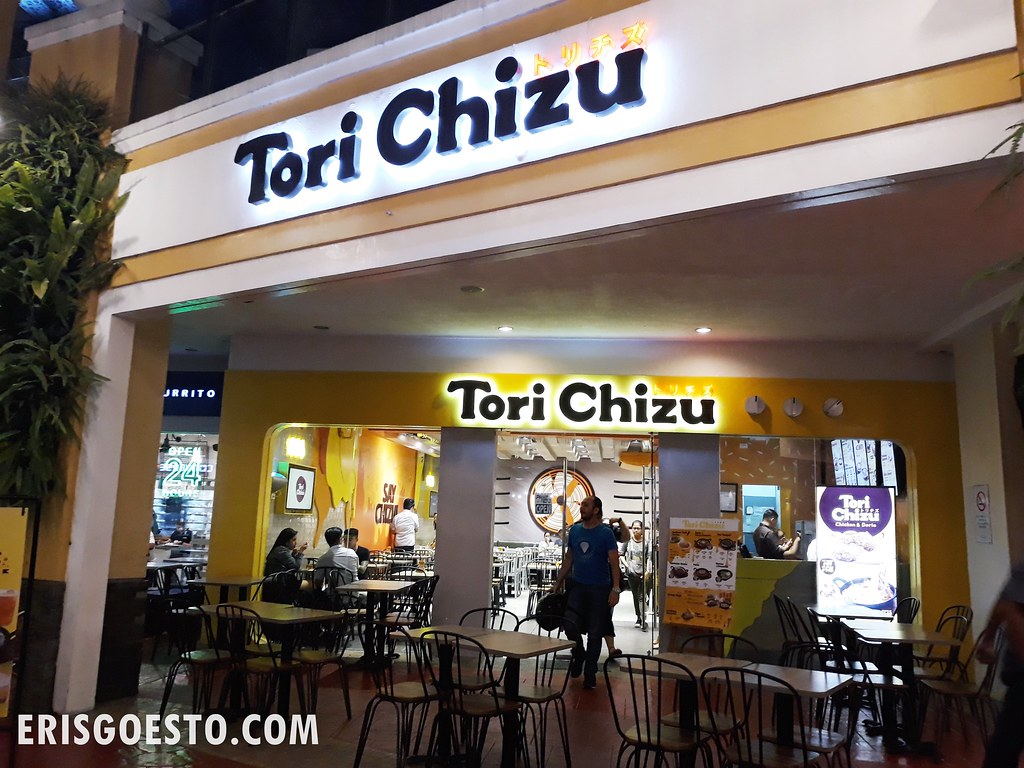 Ended up at this place called Tori Chizu because I was attracted to the cheesy display haha. 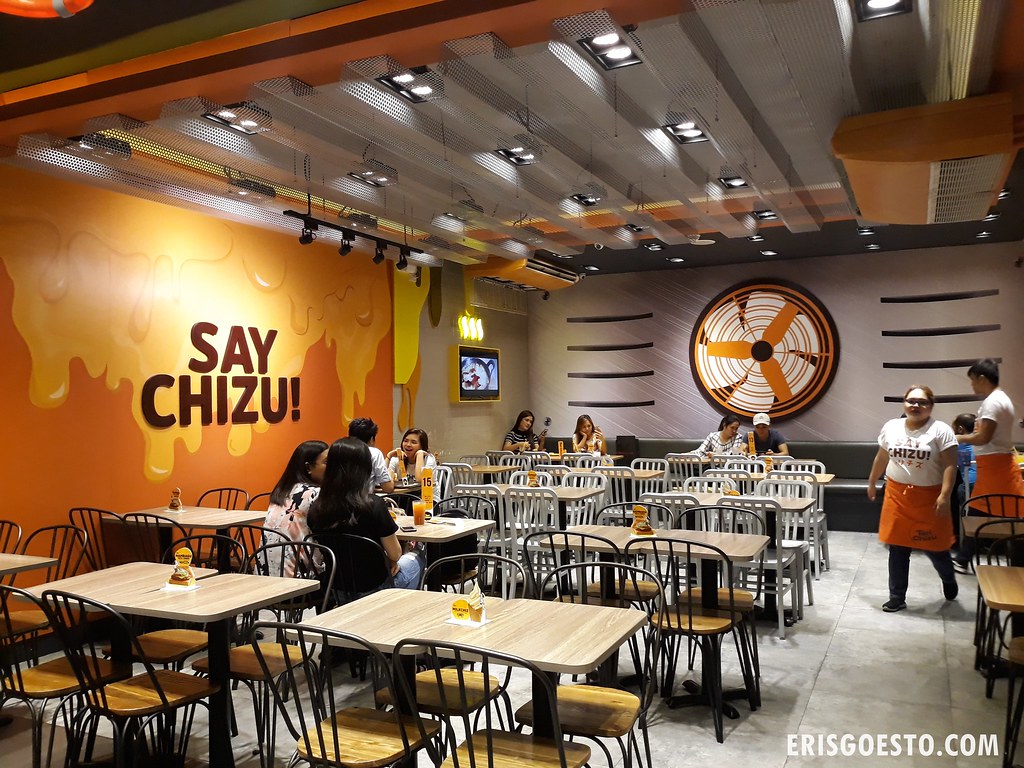 Specialising in Japanese doria, or baked rice, the outlet’s bright yellow/orange colour scheme evokes feelings of fun and cheerfulness. Doria is part of a relatively new style of cuisine known as yoshoku, or Western-influenced dishes. Top of the head I can think of are Japanese-style hamburger steaks (hambaagaa) and croquettes (korokke).

It reminds me of this comic called Nobunaga No Chef where a chef travels back in time to feudal Japan and makes all sorts of delicious food with modern techniques and ingredients (I’m digressing, but you have to check out the series!) 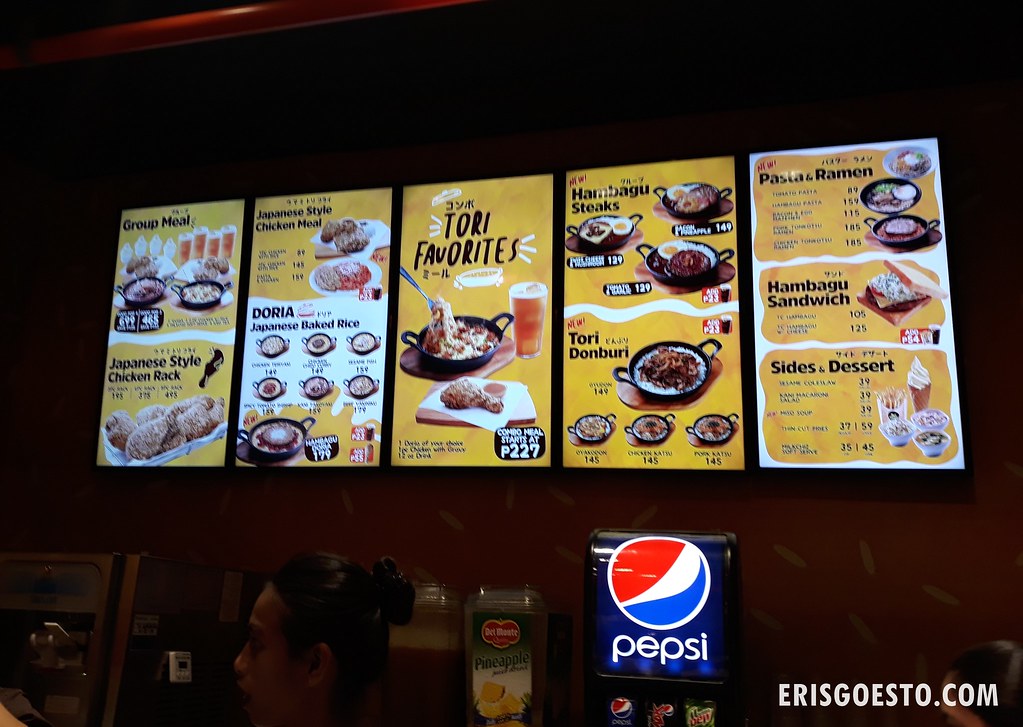 They have other items on the menu as well, like Hamburger Sandwiches, pasta and ramen, and Japanese-style Fried Chicken with rice. 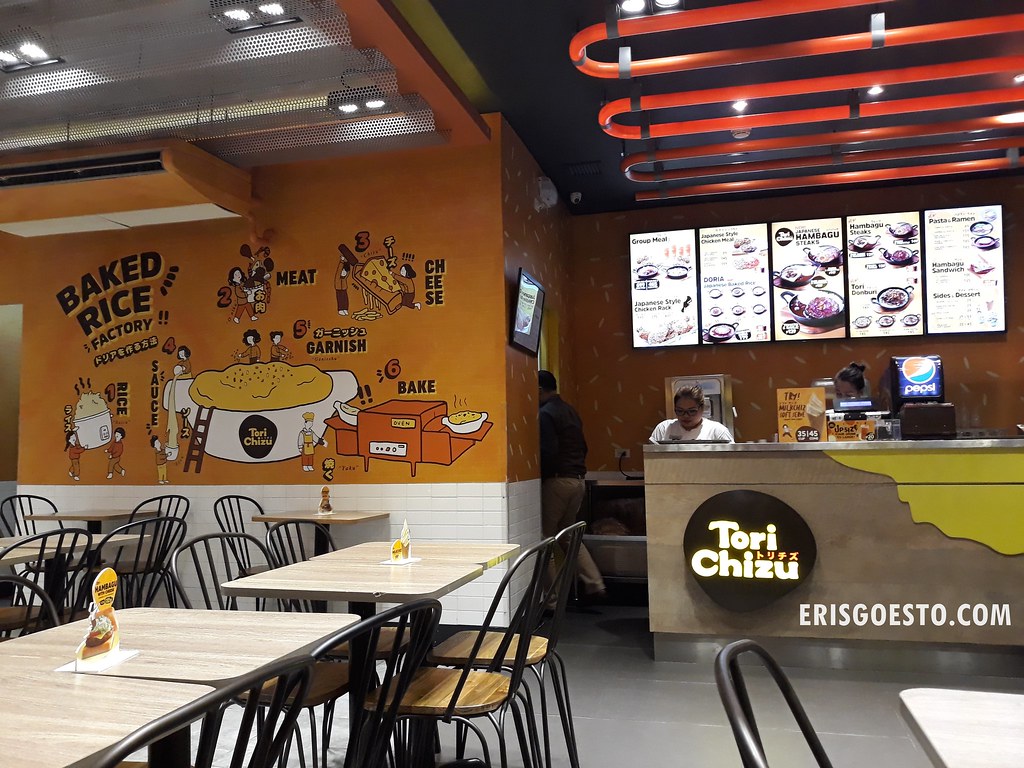 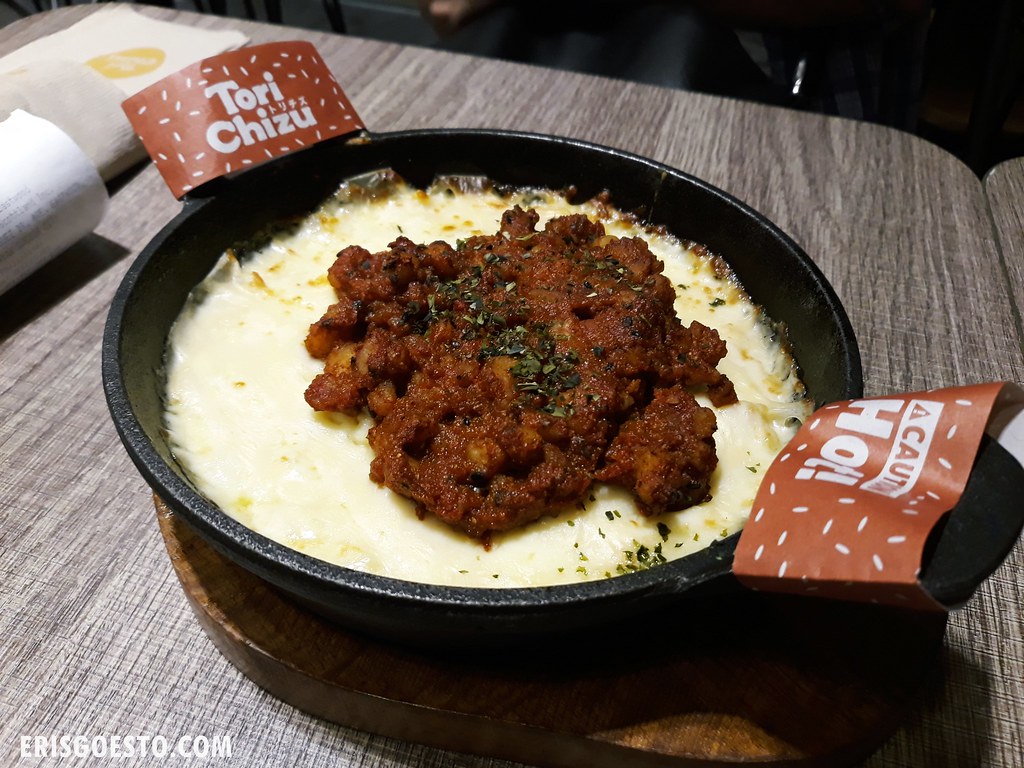 Boy ordered Spicy Tomato Shrimp (PHP155). The serving was generous – they definitely didn’t skimp on the cheese and creamy Bechamel sauce! When eaten hot, it was tasty. Wouldn’t call it mind blowing, but comforting in the way piping hot pizza is comforting.

I thought it was good enough for two small eaters. I ended up filching a lot of this because my own order was disappointing. 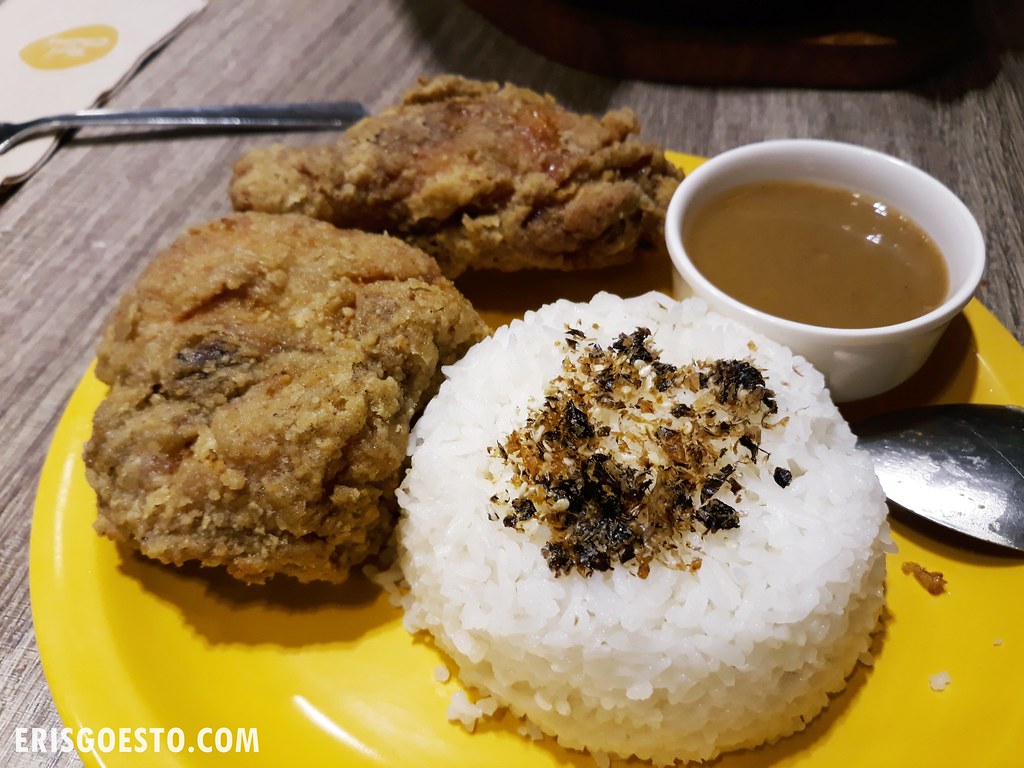 NEVER order their chicken. It had this recycled oil smell that was greasy and the chicken wasn’t cooked through, being raw on the inside. Gravy had this soap-like aftertaste which had me suspect if they had rinsed their bowls properly after washing.

PS Reviews on Zomato are mixed; some people liked the chicken (????) and some hated the doria. Views here are my own, your opinion and experience may differ.