On my last night in Manila, N and I went to SM Megamall in Ortigas for some shopping and dinner. I was craving for some soba, but the first Japanese resto we went to didn’t serve any, so ended up at this place called Osaka Ohsho. 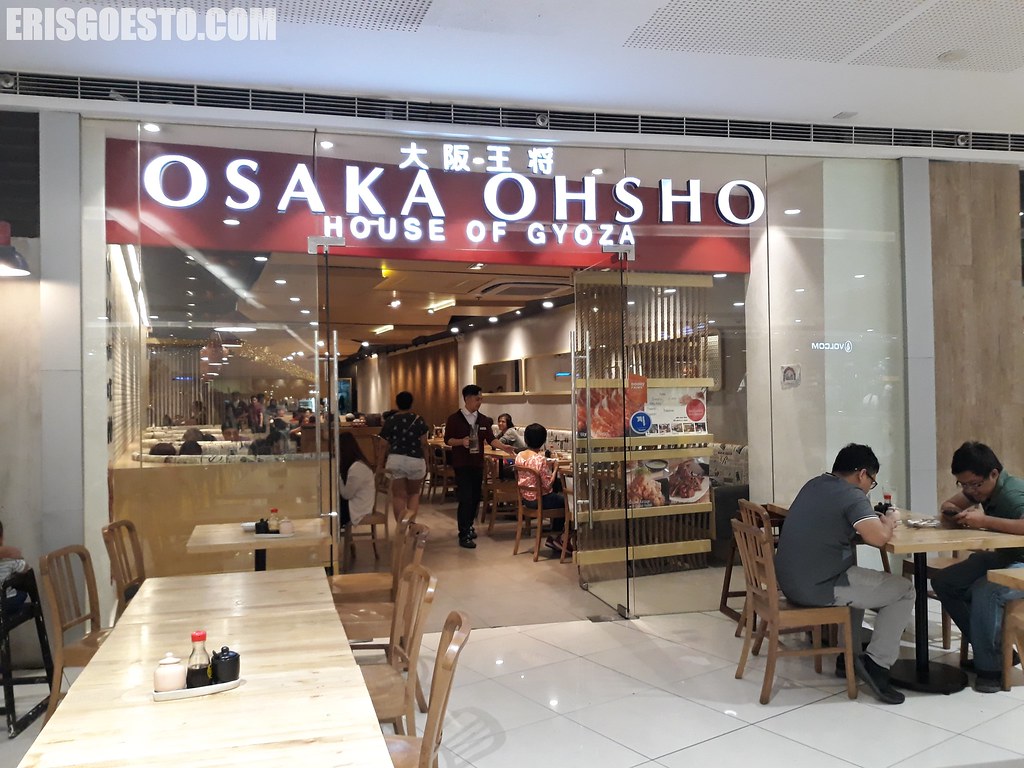 Founded in the Osaka region of Japan (hence the name), the franchise is popular in its native Japan, Hong Kong, Thailand, Korea and Singapore, and has since added the Philippines to its repertoire. It boasts a warm, casual dining ambience and cosy Japanese-themed decor. 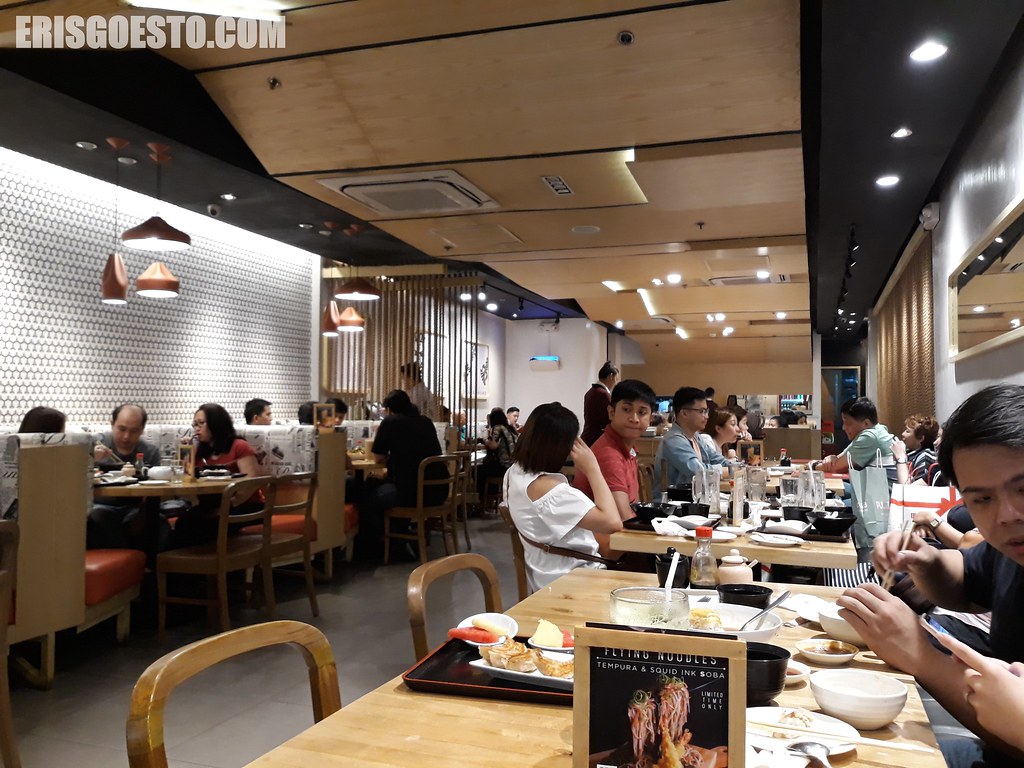 Despite being only moderately packed, our orders took more than half an hour to arrive. Improvements can be done with the service.

Now, there’s a reason for my blog title, lol. Let’s start with the good stuff – their gyoza, also their specialty. There are several types on offer, including traditional ones and flavours with a twist such as bacon/cheese and truffle. We opted for the latter, which came in a serving of six for PHP280 (RM22).

It was good. I’d give it an 8/10. Crisp, slightly translucent skin enveloped a generous amount of filling within, topped with a distinct aroma of truffle. It embodied what good gyoza should be: Crunchy on the outside, juicy and succulent on the inside. Now, if I had only been eating this, I would have no complaints, but my grouse is with the two mains. 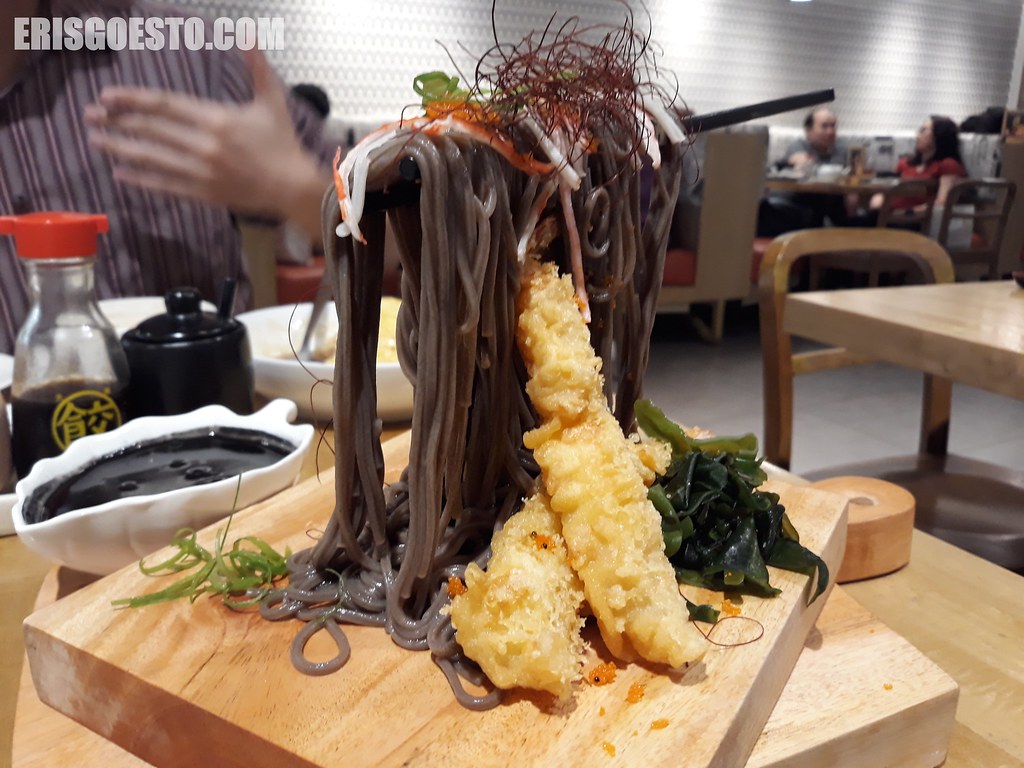 They were having a promotion with seasonal dishes called ‘Flying Noodles’, and since I was craving soba, I ordered one with black squid ink and fried ebi tempura. I specifically asked the server if there was a chilled light broth for dipping. And he said yes. He must not have understood me because what came was an inky black concoction made of squid ink. I was under the impression that only the noodles were made from squid ink, and not the sauce. That would have been fine if it tasted good, but it was not so, as I would find out shortly.

Do not be fooled by its beautiful presentation. I’d give this a -100. That’s how bad it was. There was basically nothing good about the dish, other than the tempura, its only saving grace.

Since soba is tasteless, what really makes or breaks the dish is the dipping sauce. The squid ink sauce was TERIBBLE. It was like drinking salt. Pointed it out to the server and she told me it was like that (??) pls don’t give me that. I’ve eaten plenty of squid ink pastas before and nothing comes close to how bad it was. I ate two bites of the soba and left the sauce untouched after that first dip. It was extremely frustrating as a paying customer to shell out this much money for substandard, sub par food.

PS: I looked up reviews by bloggers on the Internet, singing praises about the noodles. I’m just like ??? Is it me? Maybe it’s me? But then I’ve eaten at a relatively modest number of nice Japanese establishments in my life and I’ve never come across something as bad as this before. So maybe it isn’t me? 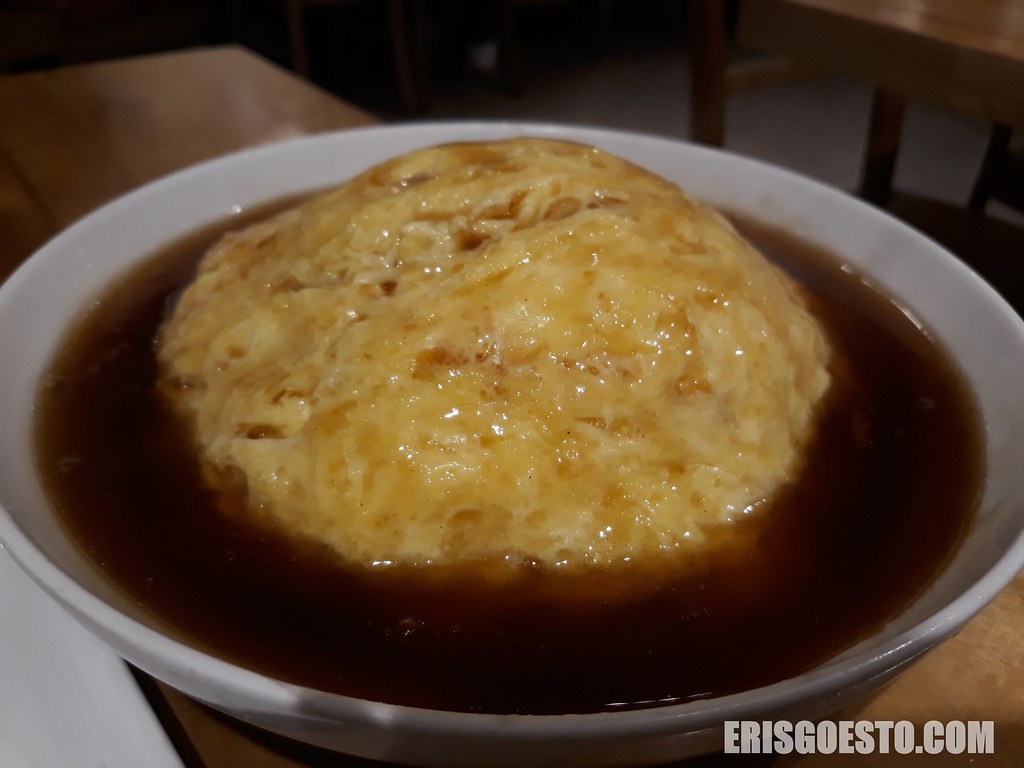 At least N’s “Special Fuwatoro Tenshin Han” was merely underwhelming rather than being outright terrible. Egg was okay but again, sauce was its downfall – watery, starchy, tasteless. I guess all the salt went into the squid ink soba dip lol. Not worth the price we paid one iota.

I was disappointed that my last meal in Manila ended on such a sour note. Would I come back here again? Maybe, but purely for the gyoza and nothing else. If you’re planning on trying the Flying Noodles anyway, perhaps you will have better luck with their other variants like bacon and cheese and matcha teriyaki.

The monstrosity that is the Squid Ink Flying Noodles will only be available until January 15, so if you’re feeling brave and you distrust a Malaysian who might not have the same taste buds, then yeah. Feel free to shell out PHP350++.

PS: This is not a paid review. But a spade is a spade, even if it is. Opinions are entirely my own.