On the way back from work one evening, I decided to drop by the newly opened Sunway Geo Avenue to check out the place and grab some grub. The place was pretty quiet – aside from a couple of restaurants and a Jaya Grocer, there really wasn’t much to do. Anyway, I was here specifically to look for a place called Food by Fat Cat coz I read good reviews on eatdrink.my.

Successful location! It’s a bit out of the ways from other restos, since it’s tucked in a corner within Jaya Grocer. Plenty of indoor and outdoor seating, but I opted to sit outside coz it was cooling after the rain. 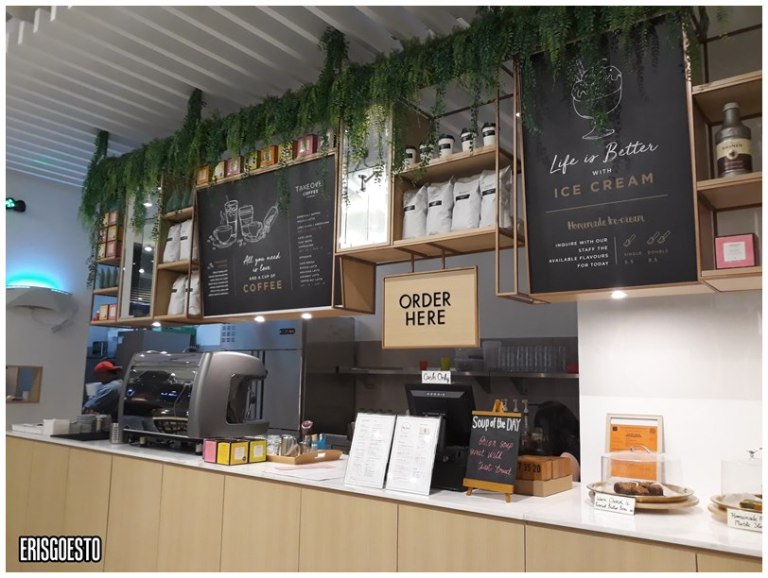 Counter, where there were also some cakes/baked goodies on display. Menu comprised mostly of fusion dishes, like chicken karaage with buttermilk waffles. I went for the quirkily named Fatty Boom Boom rice bowl.

Service was quick and efficient! Wasn’t long before my rice bowl came, topped with crunchy pieces of fried chicken karaage drizzled over with a creamy cheese-like sauce and ebiko, fried egg with runny yolk and a side of juicy mushrooms. The chicken was nice and tender on the inside with a crispy outer skin. The rice was a bit clumpy though (probably from soaking up the sauce). A solid 7.5/10. 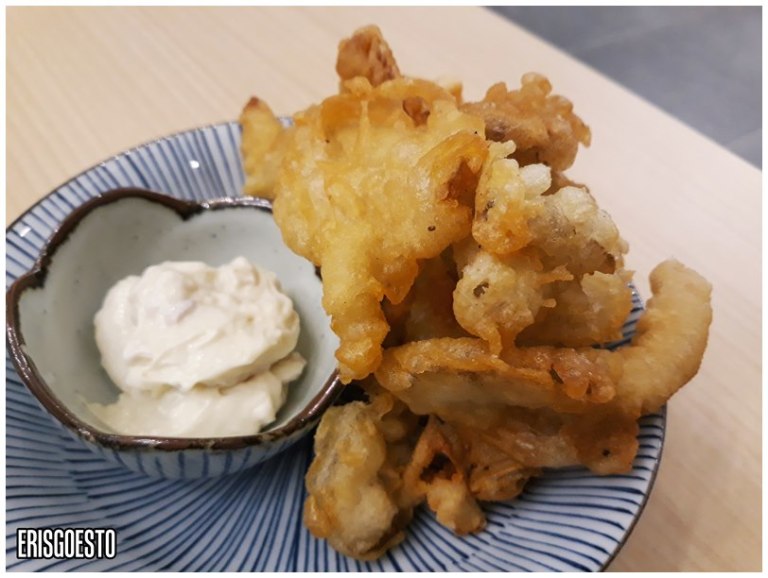 Side of fried oyster mushrooms with wasabi-mayo dip. The wasabi taste was really prominent! Mushrooms were fried to a nice golden brown, although they were a bit on the oily side. 6.5/10.

Washed down with an ice-cold glass of chocolate. Size of the glass was smaller than I expected but there was a rich cocoa taste to the drink.

Not a bad place for a nice, casual dinner now and again. Maybe I’ll try their homemade buttermilk waffles or some ice cream the next time around!