May 7 marks Wesak (or Vesak) Day, which commemorates the birth, enlightenment and death of Gautama Buddha, a central figure in Buddhism. It is one of the most important days for Buddhists around the world. Unlike Christmas, which has a set date each year, Wesak falls on the full moon of the month of Vesakha according to the ancient Indian calendar, which is typically between April and May.

While Wesak is celebrated in many different ways, with some practices intertwined with the local culture, one common aspect of the festival is paying homage to Buddha and observing the Buddhist precepts of kindness to all living beings. As such, Buddhists will usually eat vegetarian food, go to temples to offer prayers, practice loving-kindness and donate to charity. Many temples around the world will also organise talks on dharma (the Buddhist equivalent of the gospel – ie Buddha’s teachings) and activities such as bathing the Buddha, a symbolic ritual which involves pouring water over a small Buddha statue to cleanse one’s sins. 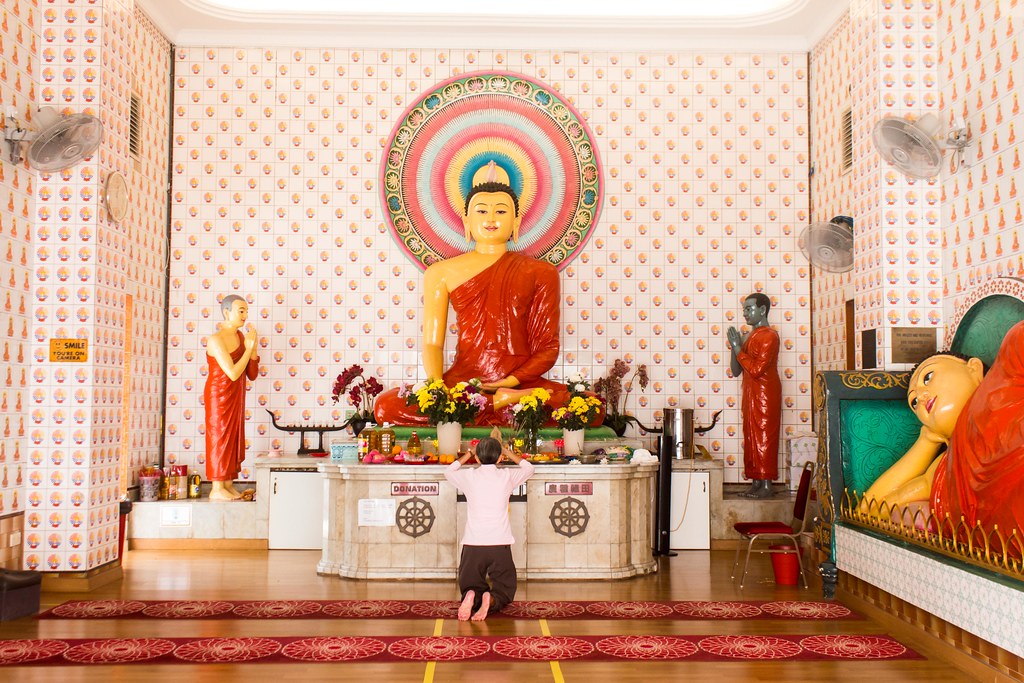 At 19.2% of the population, Malaysia has a significant number of Buddhists – and Wesak is considered a national holiday. During this time, temples are usually packed with devotees, who come together to donate to the needy and light candles, incense and joss sticks as offerings. The Buddhist Maha Vihara Temple – one of the most prominent Sinhalese Buddhist temples in Kuala Lumpur – turns into a bustling hive of activity on Wesak Day, as thousands converge to chant sutras together and pray for the wellbeing of all living beings. The highlight of the celebration is a large procession through the streets of Kuala Lumpur, with lighted floats of Buddha and the deities accompanied by devotees holding prayer candles. 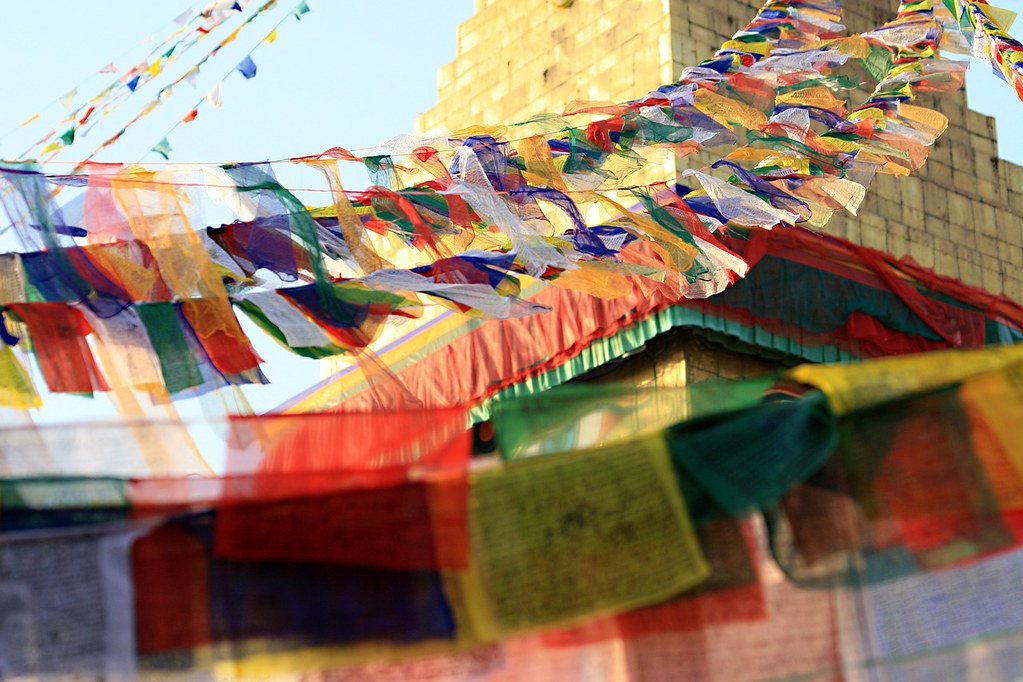 Buddha was believed to have been born in Lumbini in Nepal, and every year, thousands of pilgrims gather at this pilgrimage site (as well as the surrounding Kathmandu Valley) on Buddha Jayanthi (Buddha’s birthday), to attend religious processions and chant Buddhist scriptures. Similar to other parts of the world, kind deeds and acts of charity are observed, such as donating food and clothes to the needy, providing financial aid to schools and monasteries, and taking part in blood donation drives. Some people dress in white (to symbolise purity), and observe a vegetarian diet.

Wesak is a major event in Buddhist-majority Sri Lanka, with celebrations lasting for a week. The sale of alcohol and fresh meat is prohibited during this period. Aside from alms-giving and prayers, Wesak celebrations in Sri Lanka take on a slightly festive mood – with public displays of electrically-lit pandols (a temporary structure which illustrates stories from Buddhist scriptures) as well as colourful lanterns called Vesak kuudu hung along streets and in front of homes, to represent the light of the Buddha, Dharma (his teachings) and the Sangha (the Buddhist community). There are also organisations and groups that go about singing bhakti gee, or Buddhist devotional songs, much like the Christian practice of carolling.

South Korea celebrates the birthday of Buddha, or ‘seokga tansinil’, on the 8th day of the 4th month in the Korean lunar calendar. Besides being a religious celebration, it is also very much cultural, with traditional performances, folk games, parades, and more. The world-famous Lotus Lantern Festival, which dates back over 1,000 years, is held in conjunction with seokga tansinil. Seoul hosts the largest event of its kind, featuring grand parades, floats with Buddhist figures and cultural icons such as dragons and phoenixes. Parade participants carry lotus-shaped lights (Buddha is often depicted seated on a lotus) – a symbol of purity and wisdom.

Another Buddhist-majority country, Thailand’s Wesak celebrations are massive. Many Thais are deeply devout (young men are encouraged to be ordained as monks for a certain amount of time as a rite of passage into adulthood) – so temples will usually be full of devotees offering prayers to gain ‘merits’ (in millennial terms – they’re kind of like a points system in Buddhism: do good stuff, get good merits, do bad stuff, get demerits) in order to accumulate good karma.

The Buddhism in Thailand is mainly of the Theravada branch (there are several differences between the two major branches namely Theravada and Mahayana), so devotees observe the Five Moral precepts according to the branch’s tradition – by refraining from harming living things or consuming intoxicating substances. Bars and clubs are closed during this period as a sign of respect.

Indonesia once housed powerful Hindu-Buddhist kingdoms, with many ancient structures that have stood the test of time scattered across the region. One of these is Borobudur near the city of Yogyakarta, the world’s largest Buddhist temple. It is an important site for Indonesian Buddhists as well as pilgrims from around the world, who gather here for Wesak Day celebrations. Something unique to Indonesia’s Wesak Day celebrations is Pindapata, a ritual involving thousands of monks walking around the structure as well as on the streets, whilst praying to receive charity and blessings for the Indonesian people. Sky lanterns are also released into the night sky, which makes for a magical display against the backdrop of the full moon.

Wesak is known as Visakha Bouxa in Laos, where Buddhism is the predominant religion. As Visakha Bouxa falls during the transition between dry and wet season, Laotians celebrate it with Boun Bang Fay, or the Rocket Festival. Villages compete with each other to send large homemade rockets into the sky in an attempt to convince celestial being to send down rain. The rockets can be rather dangerous as they contain a large amount of gunpowder and can sometimes reach several hundred metres. The rocket launching is preempted by parades, musical shows and dance performances. These practices are also apparently quite prevalent in the northern Thai region of Isan.

7 thoughts on “Buddha’s Birth, Enlightenment and Death: How Wesak Is Celebrated Around The World”