Despite being an ultra-modern metropolis, Tokyo has beautiful green spaces – like the Hamarikyu Gardens in Chuo-ku, just a stone’s throw away from Ginza. Like an oasis in the middle of a concrete jungle, these tranquil gardens once served as the hunting grounds and imperial R&R spot for the Tokugawa clan, in Edo-era Tokyo. 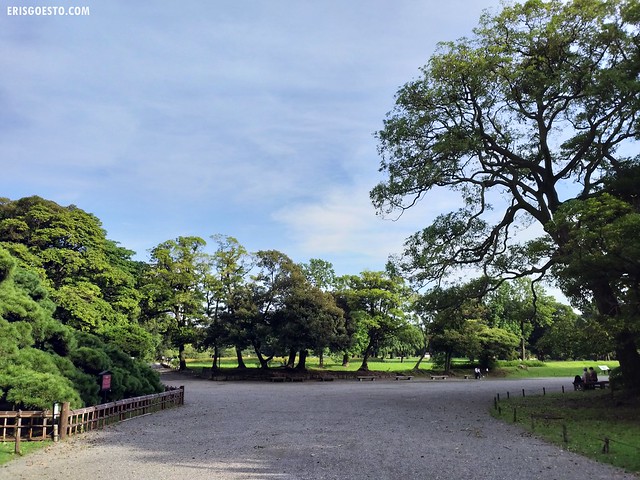 I was only able to visit at 4PM – leaving me an hour to explore the place. There had been a typhoon the night before, so some sections of the park were closed for repairs, but there was still plenty to see – like the majestic 300-year-old pine tree greeting visitors at the entrance. Typical of Japanese parks, many of the trees and rocks felt carefully composed and structured, with wide gravel paths and immaculately manicured lawns. 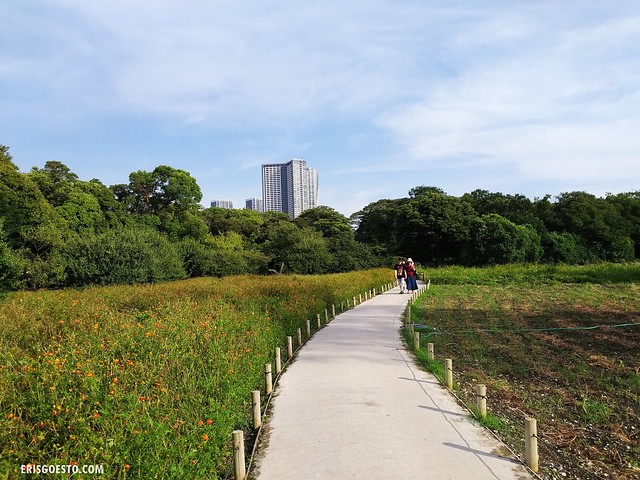 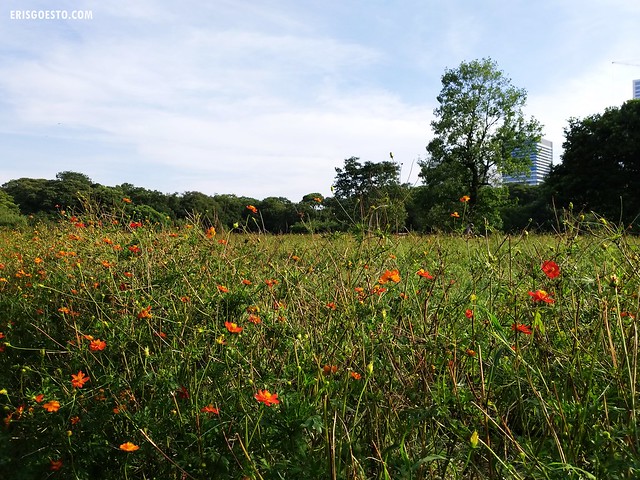 Each season offers a different view – in the hazy summer heat, tiny yellow cosmos peppered the field. In spring, visitors will be privy to blooming plum and cherry blossoms, while fall brings with it autumn foliage on maple and gingko trees. 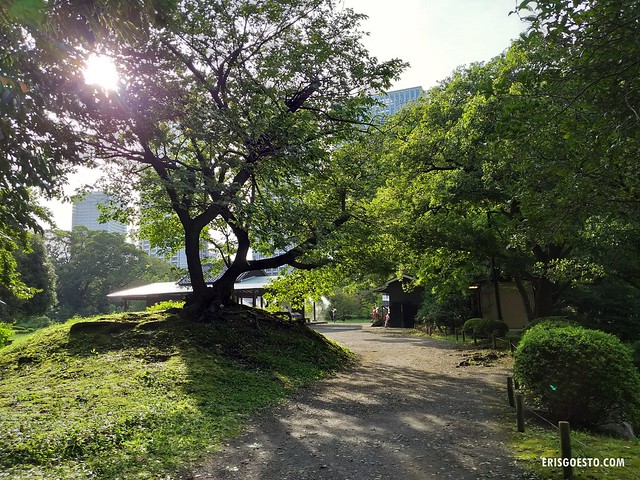 Ignoring the shadow of the buildings surrounding the park, it’s easy to imagine how the royals would use the park as a tranquil retreat, hunting ducks from behind blinds or enjoying tea by the pond. 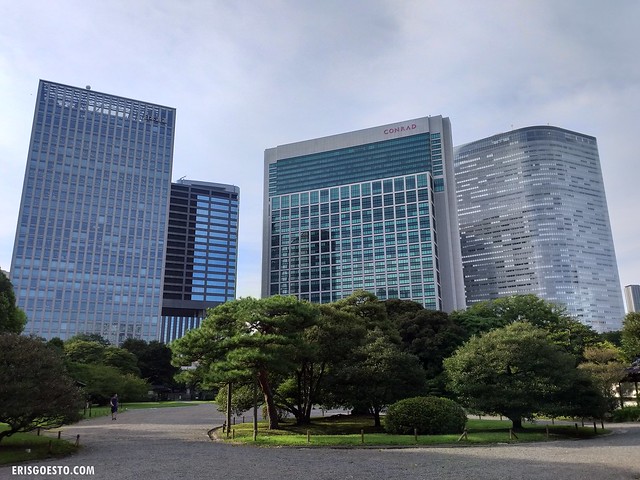 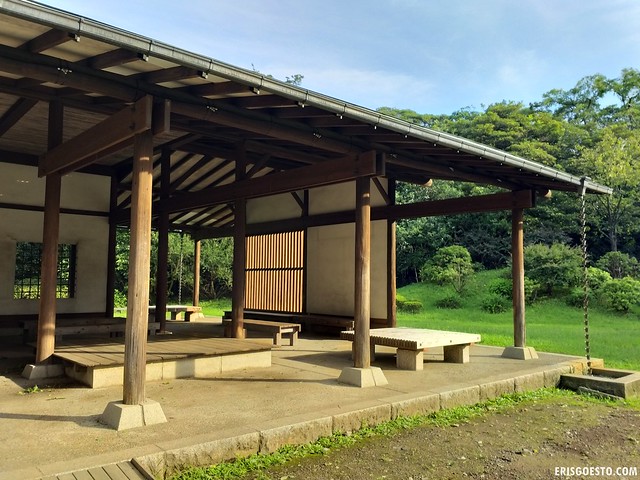 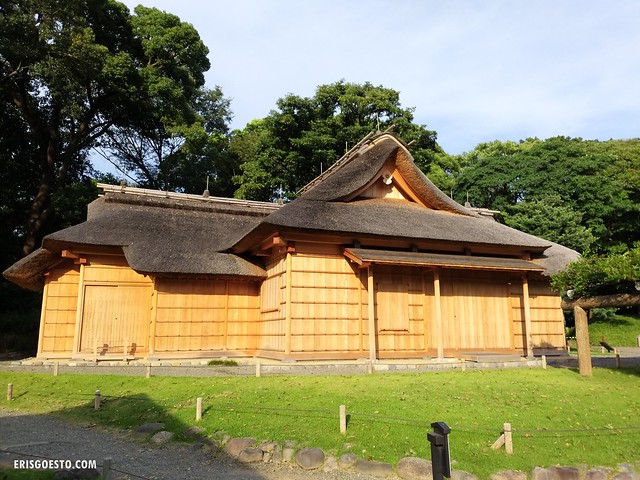 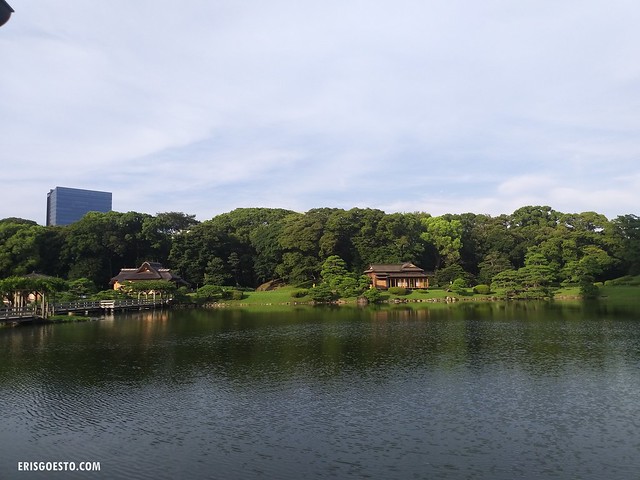 The park is built around a man-made lake, which draws its water from the Bay of Tokyo. 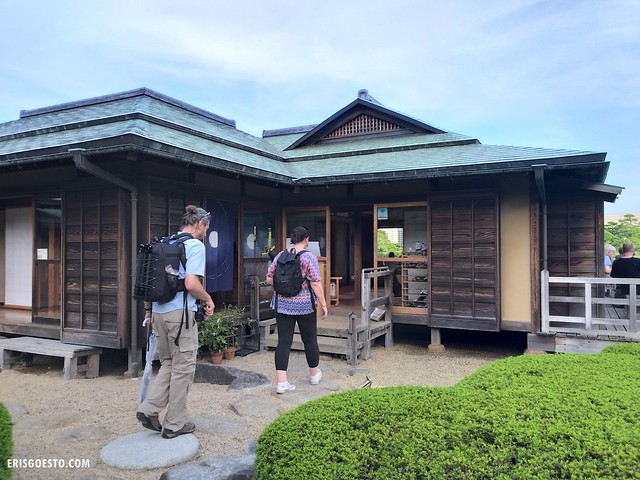 Drop by for a spot of tea at the park’s traditional tea house, which is built on a platform at the edge of the lake, giving it the appearance that it’s floating. Visiting is free, or you can order a matcha for a fee. 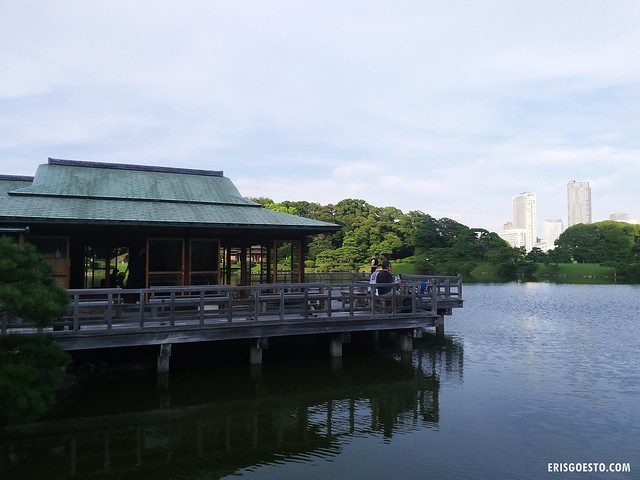 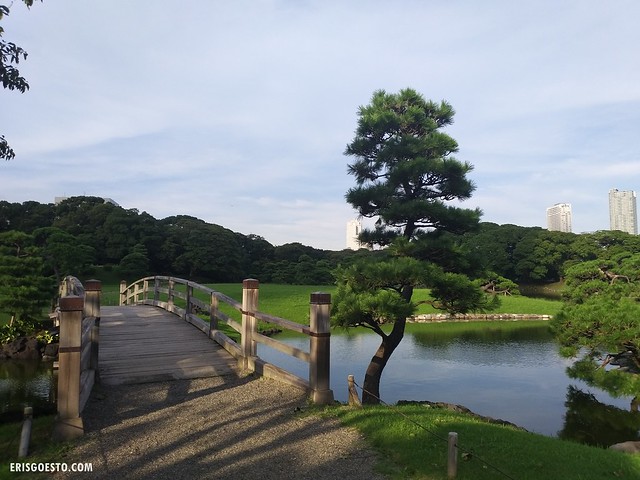 The Hamarikyu Gardens is a great place to escape the hustle and bustle of Tokyo for a couple of hours, and it’s also less crowded than some other parks in the city, such as the Imperial Palace East Garden or Kiyosumi Teien – so you’re almost always guaranteed of having the vast grounds to yourself (or close enough to it). It’s also very accessible, being a 5-minute walk from Shiodome Station or a 15-minute walk from Shimbashi Station. Entrance is 300 yen (RM 11 / USD 2.64).

3 thoughts on “Hamarikyu Gardens @ Chuo, Tokyo – A Green Respite From The Tokugawa Shogunate”