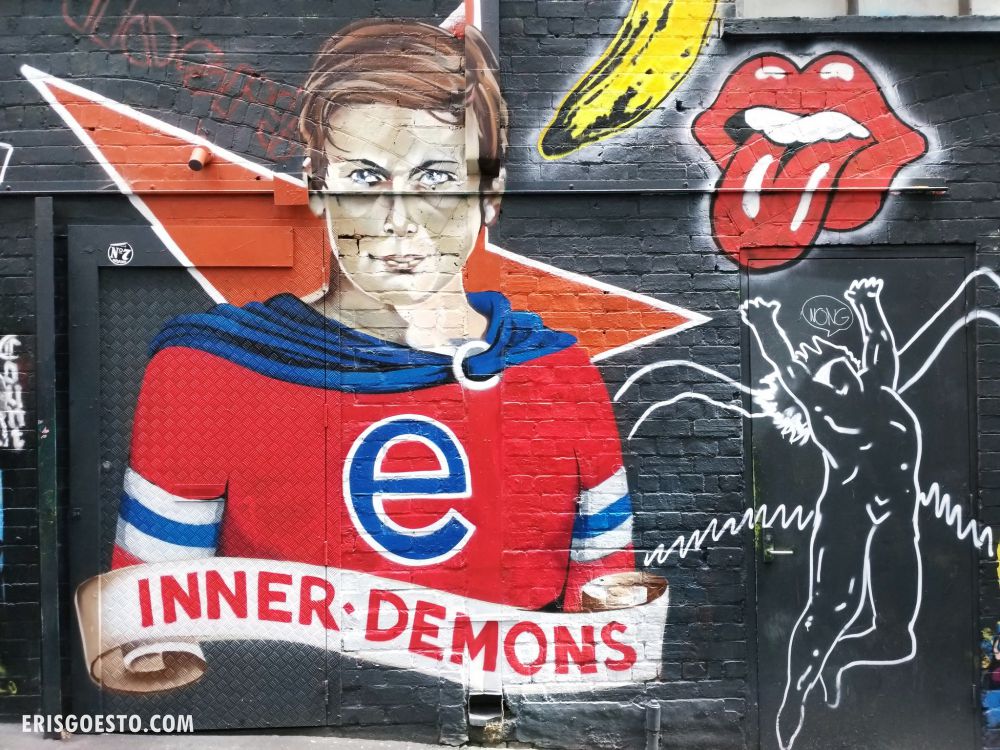 Melbourne is an interesting city, full of things to see and do at every corner. While it’s great to explore and discover hidden gems on your own, some travellers might prefer having a guide to show them secret spots that only the locals would know. 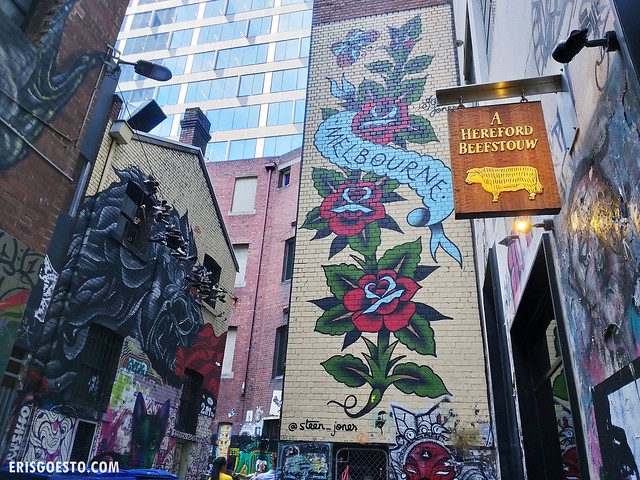 Enter Hidden Secrets Tour Melbourne, a walking tour established in 2004 that aims to uncover a side of the city not usually seen beyond the usual tourist hotspots. There are several itineraries to choose from, depending on your areas of interest, and a tour will usually take around two to three hours to complete. Ideal for those who are short on time, or just want a quick glimpse into Melbourne as it is for Melburnians!

I was in town earlier this year for a media trip, and our organisers booked us a tour which was a good mix of coffee, food, arts and culture. Right from the get-go we got a map and a mug (which can be used for coffee along the tour), which I felt was really thoughtful of them (and environmentally-friendly as well!). 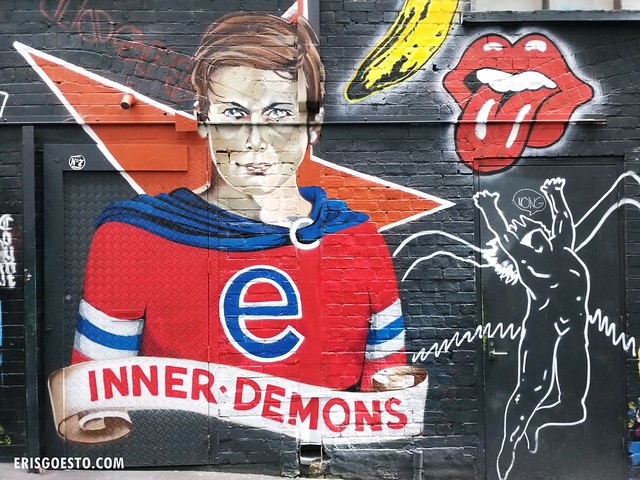 Inseparable from the city’s identity is its laneways; narrow streets once used for horses and cargo. They gained a reputation for seediness in the days after the Gold Rush, but are now considered cool, hip places, filled with hole-in-the-wall eateries, bars, indie art galleries, jewellery stores, boutiques and more. There are over 40 laneways in Melbourne. Our tour brought us to AC/DC Lane, named after one of the biggest rock bands to come out of Australia. 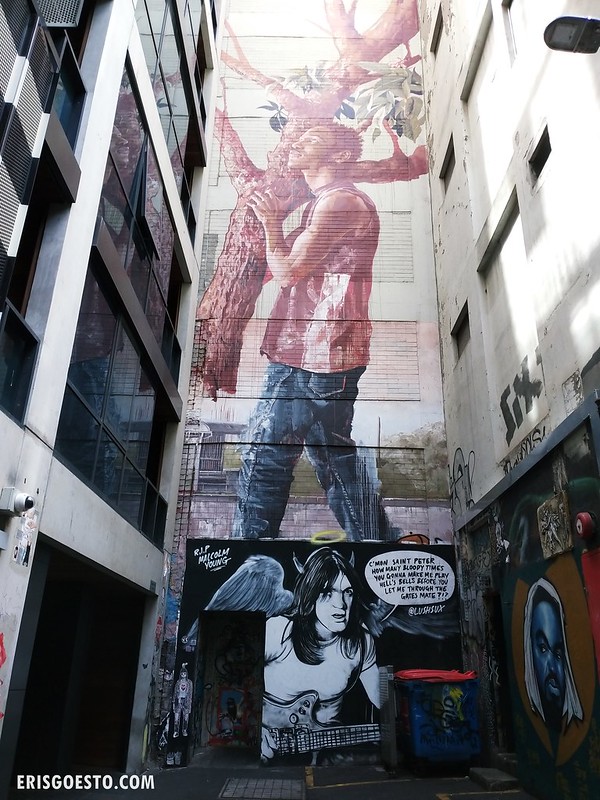 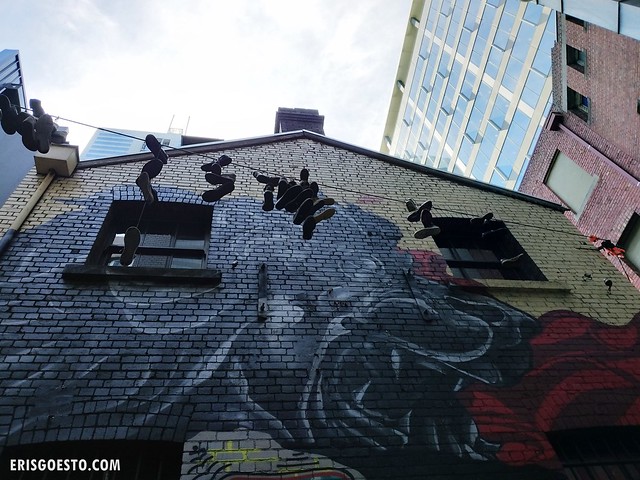 I came here on my own a couple of days ago, but it was nice to come back with a guide. Wouldn’t have noticed otherwise details like these shoes hanging from cables. Apparently since the laneways were known to be slums / shady places, the shoes were used to indicate that drugs were sold at a particular place! 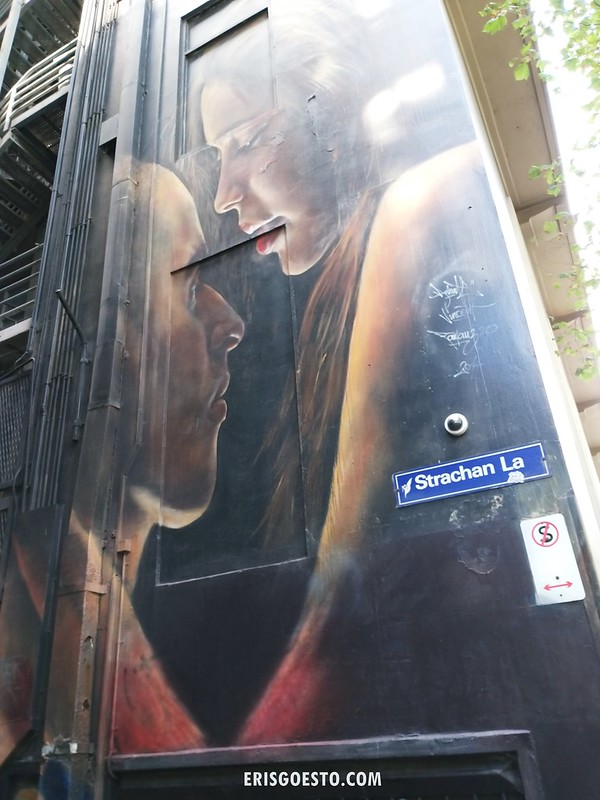 A short walk away was Strachan Lane, which was marked by a large mural by local artist adnate. 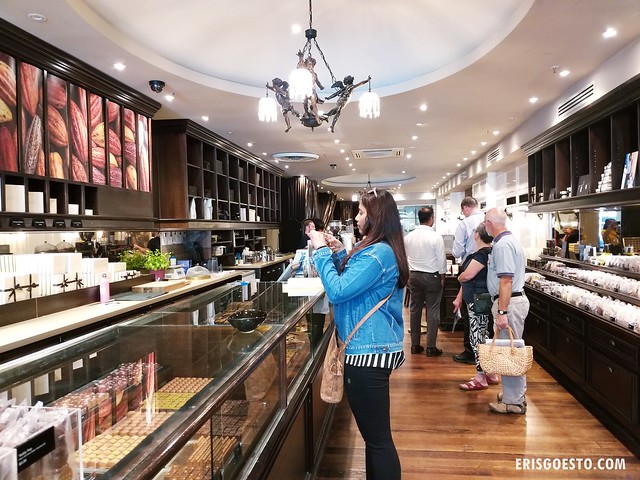 Chocolate lovers will want to stop by Koko Black, which offers premium chocolates in a phenomenal range of flavours: you name them, they’ve got ’em. Started in 2003, you can find Koko Black’s flagship store in the Royal Arcade, as well as in major cities in Australia. 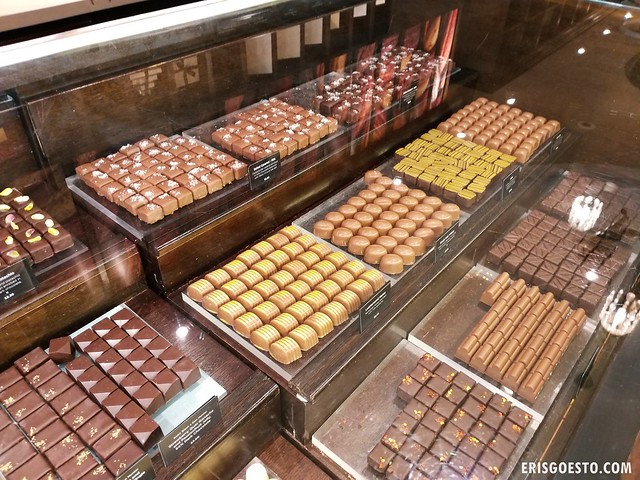 Aside from nicely packed gift boxes that make for ideal souvenirs, the shop also carries individual pieces, each lovingly handcrafted to sweet perfection. 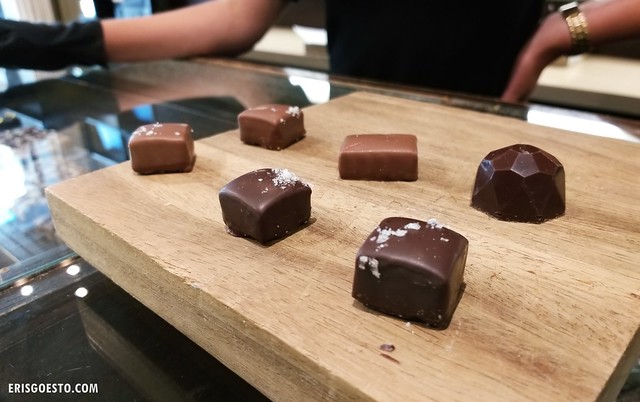 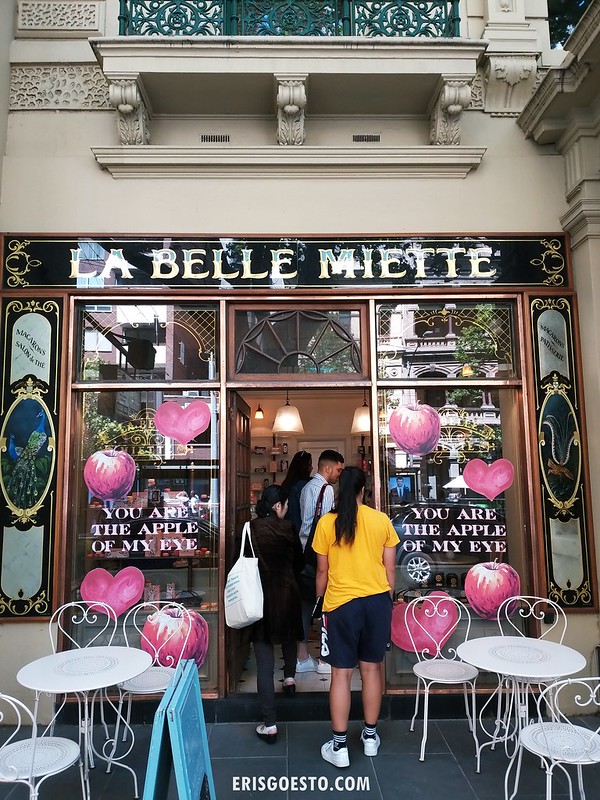 The sweet adventure didn’t end there, as our guide brought us a few doors down to La Belle Miette (Beautiful crumb in French), which specialises in macarons, bon bons and chocolate drageés. Everything about this cute-looking shop exudes Parisian chic, from the heart-shaped chairs to the cute storefront decor and elegant white counters within. 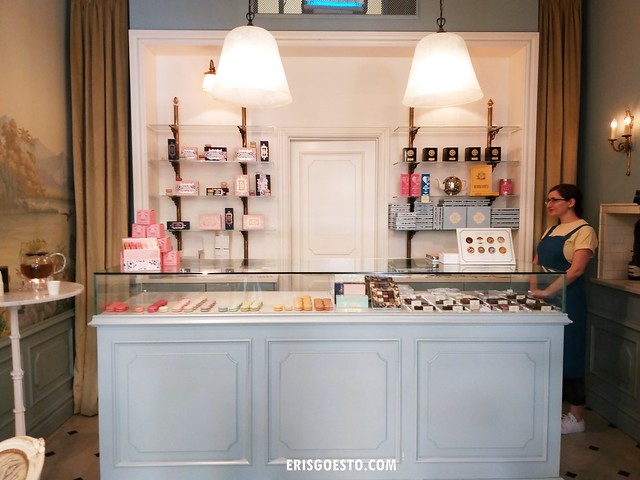 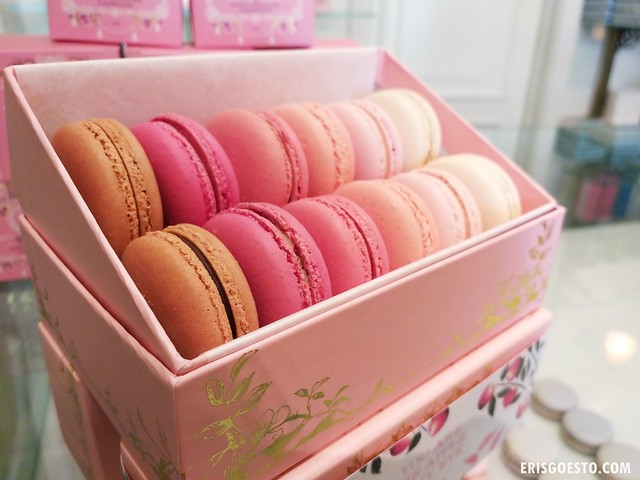 Too pretty to be eaten! Expect top notch quality as only premium ingredients are used to make the macarons, such as pure fruit purees, vanilla beans, Girgar butter and chocolate exclusively from French chocolate house Cacao Barry and Belgian Callebaut. 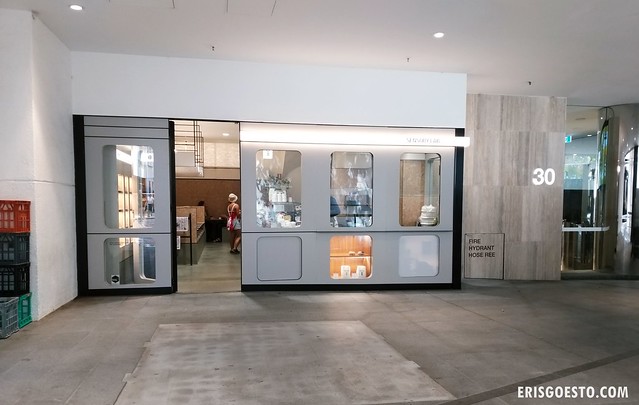 Our next stop was Sensory Lab, which felt like a true hidden gem. Tucked away from the main street, it was nevertheless packed with customers. Got a taste of awesome Melbourne coffee (which is world-famous, by the way!) in our mugs before moving on. 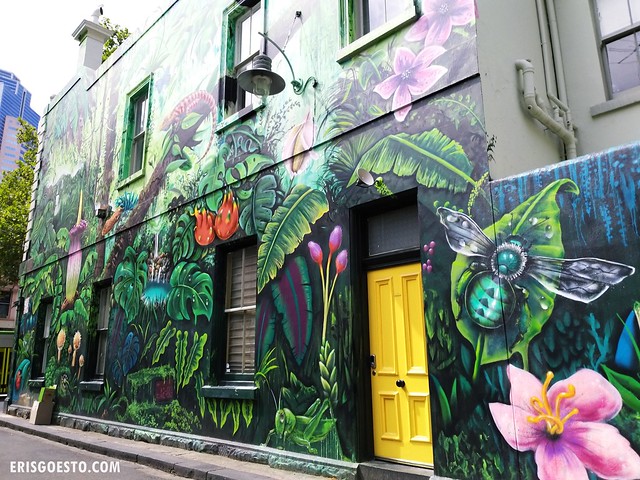 More beautiful murals. It’s easy to stumble across these while walking around Melbourne – just pop into any alleyway and be surprised. 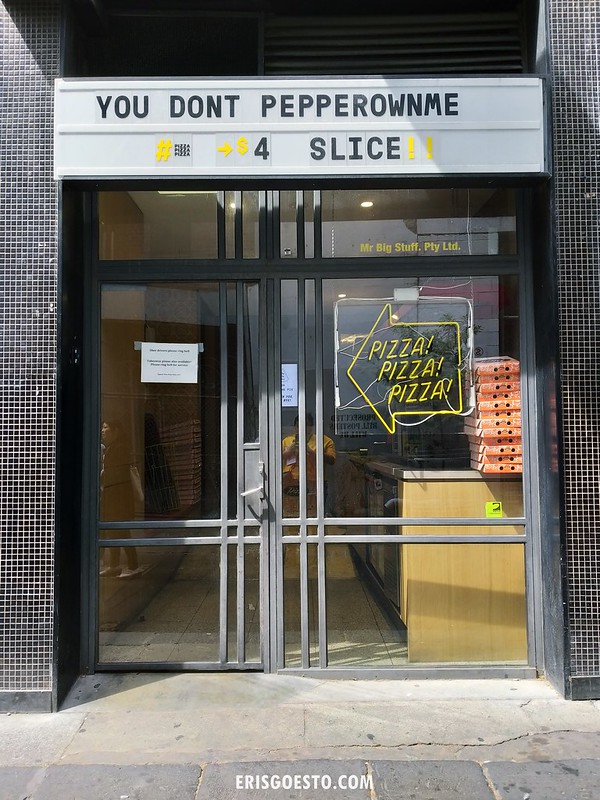 The shops here are so picturesque / cool-looking I think I could dedicate an entire photo album just for them. 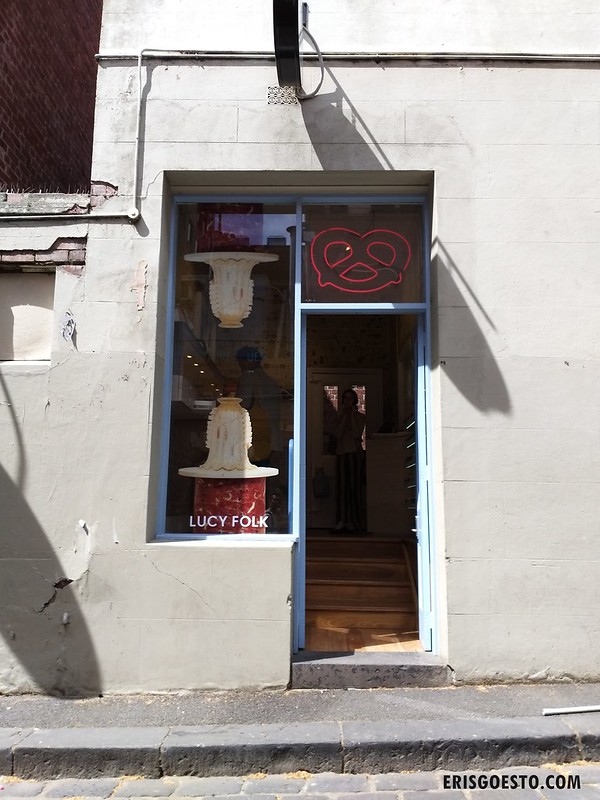 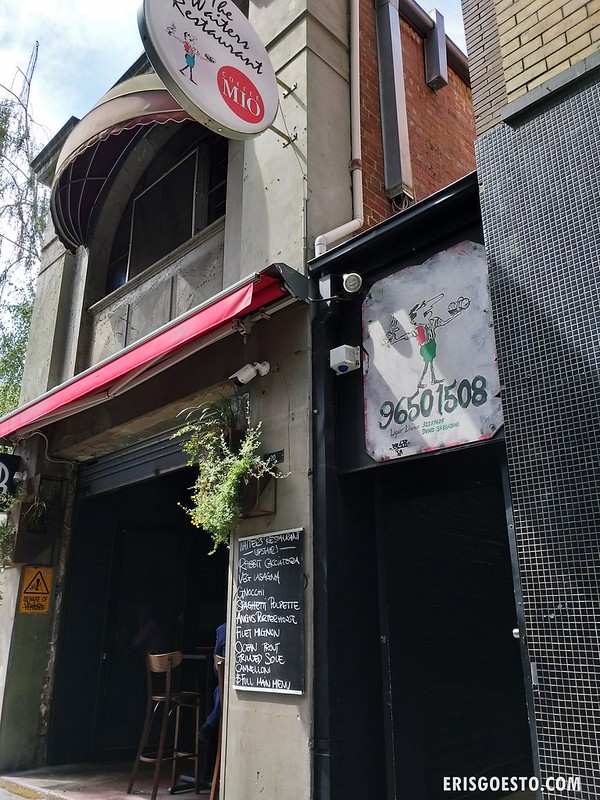 This is an interesting one! The Waiter’s Restaurant is a pasta speakeasy that dates back decades; at least to the 1940s. The story goes that Italian, Greek and Spanish waiters would come to the restaurant after their shifts to play cards and drinks, hence the name. Its reputation grew, and soon became a meeting place for people from all walks of life, from politicians and journalists to the local gang members. The Waiters have served generations of Melburnians, and their signatures include ox tail, chicken liver and spaghetti bolognese. This sounds like one of those places I’d gladly queue up for ! 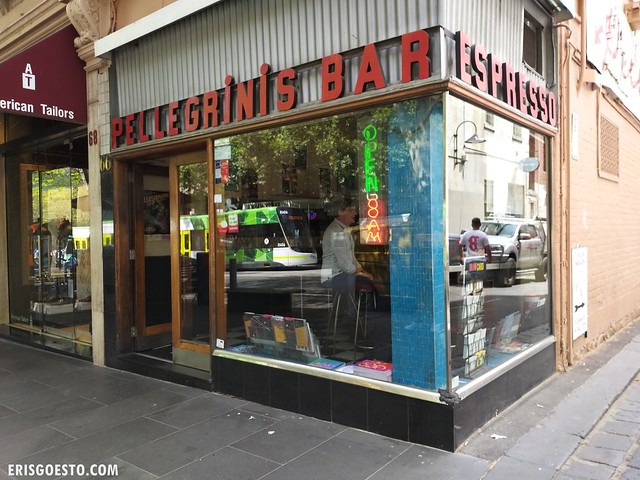 Another classic establishment founded in 1950, Pellegrini‘s reputation is legendary. Started by the Pellegrini brothers, the cafe initially served the Italian migrant community. But the shop’s close proximity to the theatre district meant it was soon pulling an intellectual arts crowd. The cafe was later sold off to another pair of Italian migrants, but the offerings and menu, as well as the decor, have largely remained the same. 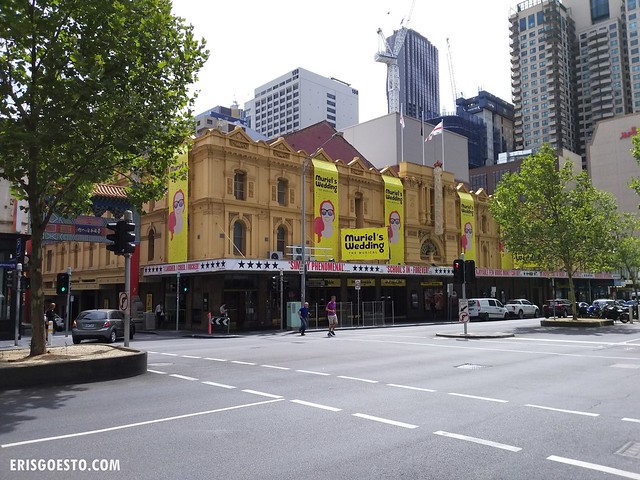 Arts is a big thing in Melbourne, as evidenced by its East End Theatre District, home to no less than six major theatre and production houses, some of which date back over a 100 years. Here, plays and world-class shows are regularly staged. Must be great to be a Melburnian and have such convenient access to all these great art shows!

With that, we concluded our Hidden Secrets Tour of Melbourne! It was certainly an eye opening experience, and we discovered many little gems along the way. Our guide provided plenty of information, although I did get the feeling that we were being rushed despite still being within the stipulated time – perhaps she had another tour to conduct. Anyways, I’d highly recommend booking one of their tours if you’re ever in the city. 🙂

Bookings can be made here.