With the Mid-Autumn Festival just two months away, some hotels and brands are already rolling out their mooncakes. Fans of Hilton Kuala Lumpur‘s mooncakes will recall their unique collection of mooncake boxes last year, which were designed in collaboration with Khoon Hooi (they were absolutely gorg, by the way).

This year, the hotel has teamed up with Malaysian shoe designer Christy Ng for their Tropical Allure series – a beautiful mooncake box that looks great on its own as a statement piece. 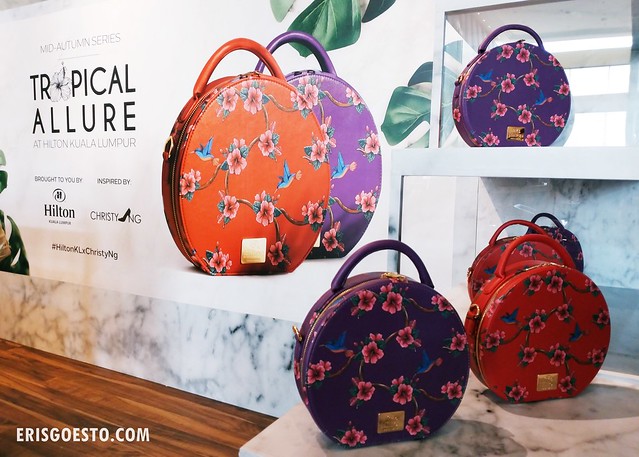 Available in two colours – Crimson Red and Royal Purple – the rounded faux leather bag features hibiscus prints paired with gilded zippers and trimming. Aside from hand-carry, the bag can also be converted into a crossbody bag by attaching a handbag strap (sold separately for RM20). Each box comes with four pieces of Chef’s choices’ baked mooncakes at RM168. The Snow Skin Package retails for RM178, with any choice of four pieces of snow skin mooncakes. If you just want the bag and not the mooncakes, its RM148.

The Hibiscus print also matches the hotel’s signature snowskin mooncake – the Chynna Rose (after China Rose, another name for the hibiscus flower, with ‘Chyna’ being the name of the hotel’s Chinese restaurant). 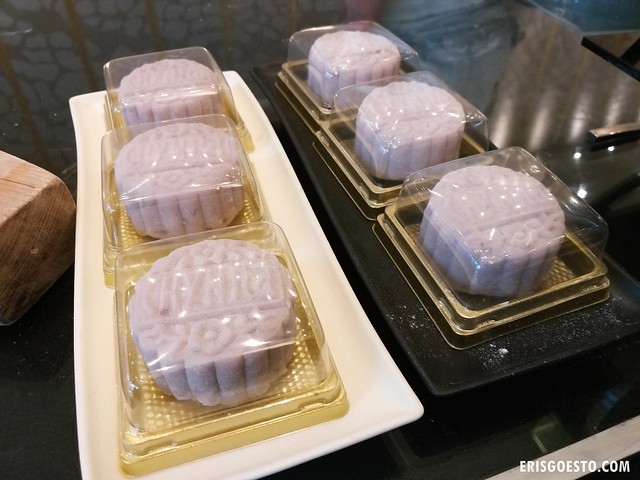 I’ve never been a big fan of mooncakes because of how sweet they are (you tend to feel queasy after a few bites), but the Chynna Rose is not overly sweet, and the tartness of the jam is rather refreshing. 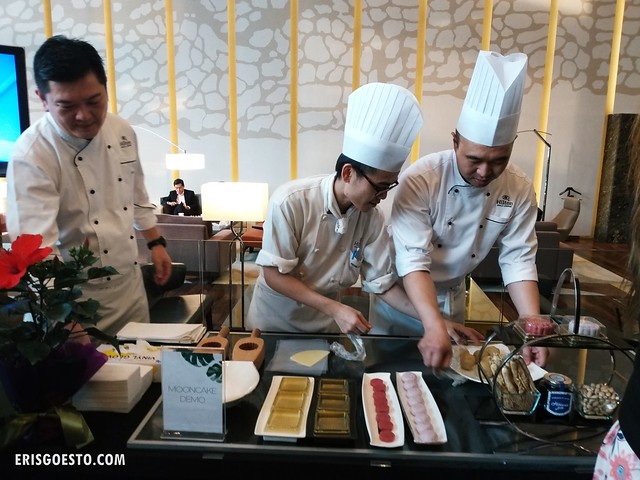 Hilton KL chefs demonstrating how they create their signature snow skin mooncakes during the launch of the series. 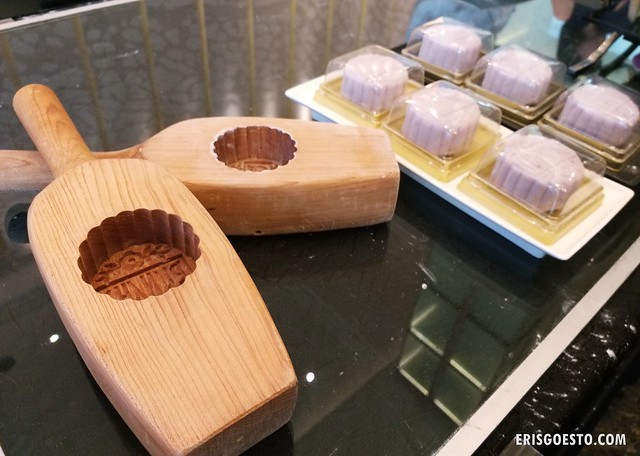 The wooden molds that are used to get perfectly shaped mooncakes. The chef explained that traditionally you’re supposed to knock three times to get the mooncake out of the mold, but I can’t remember why lol.