You know you haven’t been to a mall for the longest time when you return and find that they don’t even call it by the old name anymore lol.

I used to go to Tropicana City Mall fairly often, because it was close to my old work place. Haven’t been back since I left the company. They call it 3 Damansara now. Most of the old tenants are still there, like Kim Fresh Korean Seaweed, a kiosk on the Lower Ground Floor that sells Korean food and snacks. 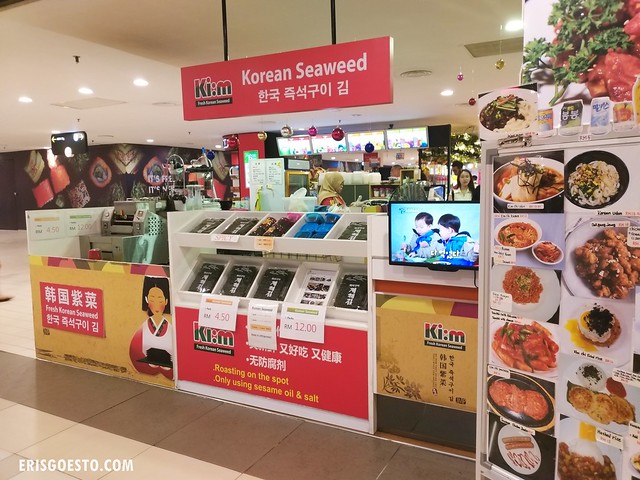 C, Kel and I were here for an event and we stopped by for a late lunch. The place is a simple open space with limited seating, a small kitchen, and a front counter selling roasted seaweed. 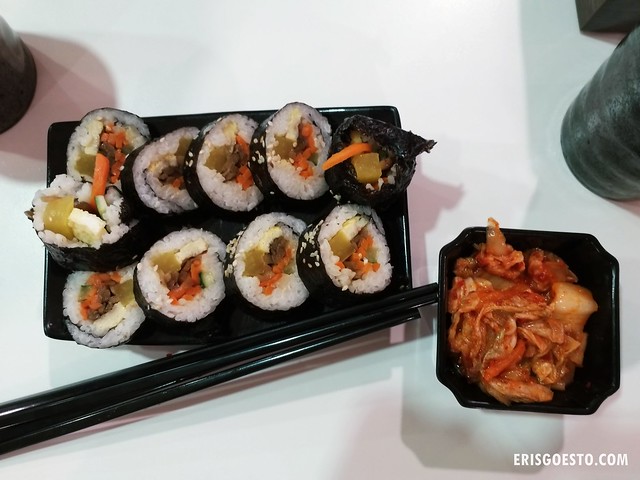 We ordered several dishes to share. Our appetiser consisted of kimbap (or gimbap) – rice rolls wrapped in seaweed, stuffed with various ingredients such as pickles, egg, vegetables and ham, and sliced into bite-sized pieces. It is quite similar to the Japanese sushi roll. The gimbap was a tasty starter, and the accompanying kimchi banchan (side dish) gave it a sour/spicy kick. 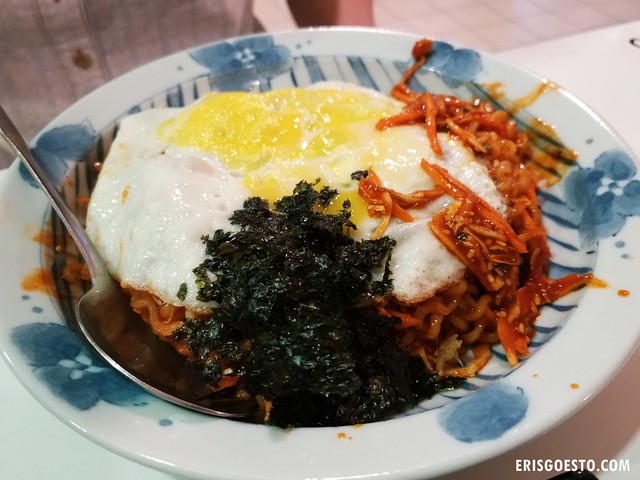 Spicy ramyeon was extremely spicy. Topped with a fried egg and roasted seaweed, the fiery sauce coated each strand of al dente noodle, and the seasoning was flavourful, but it had us gulping down cups of water. It’s the type of heat that doesn’t feel that hot at first, but eventually has you crying and your sinuses running.  If you can’t handle the heat, it’s best to go for the non-spicy option. 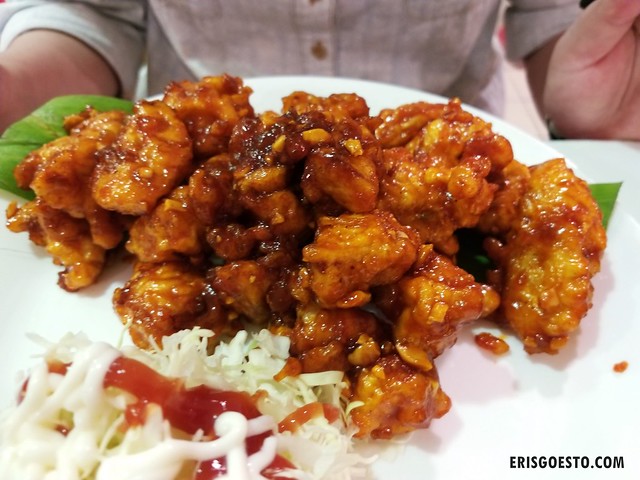 My favourite was the boneless sweet and sour Korean fried chicken. Apart from not having to deal with bones, the chicken was also fresh – moist on the inside, crunchy and sticky sweet on the outside. Highly addictive! I suggest getting it with rice so you don’t feel overwhelmed by the strong flavour. I can see myself coming back here just to have this.

Also bought seaweed, which came in a pack of four large sheets (RM4.50). The seaweed is lightly salted and roasted with sesame for extra fragrance and flavour.