Normally I’m not into the whole hype thing with new cafes because I hate lining up (so many better things I could do with my time… play computer games, for instance. lol) but this one, I really wanted to go to after seeing a friend’s Instagram post.

That’s because MANCAVE Cafe and Collectibles in Bandar Puteri Puchong is home to dozens of lifelike toys and figurines from superhero/fantasy/sci-fi comic books, novels and films. A place where you can eat/drink AND admire these figurines at the same time? It’s literally a nerd/geek’s wet dream come true. 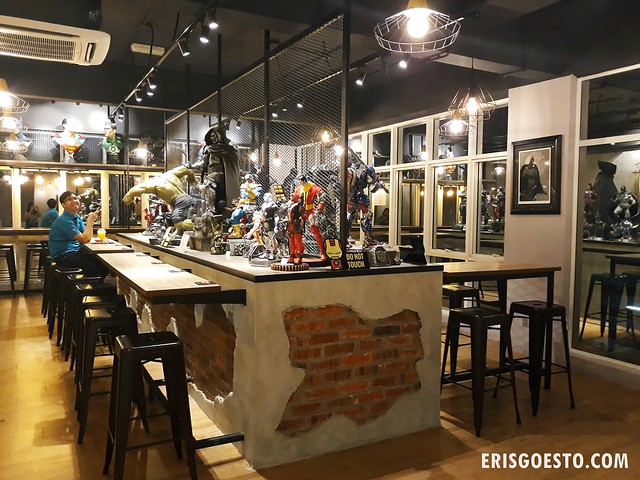 Mancave is tucked on the first floor of a three-storey building within BP’s commercial district, just down the road from McDonald’s/Starbucks. I think because it’s still new it was quite empty during our visit.

Like the village idiot, I literally went ‘Wahhh’ when I entered the place. Toys and figurines lined the center island, which was surrounded by bar stools. The space had a dash of steam punk married with purposefully unfinished design elements: a metal grille separating the dining area, coiled steel lamps, a cool black and grey colour scheme, balanced out by warm yellow lighting, wooden floors and exposed brick walls.

Chose to sit right in front of The Hulk. It was so lifelike it looked like it would have readily smashed its fist into my face at any moment. Everything from the seemingly real tuft of hair, the crease of the Hulk’s indestructible pants (have you never wondered why he never rips them but goes through his shirts like nothing?) down to the figurine’s toenails and individual teeth were done to minute detail. It’s no wonder die hard collectors are willing to shell out RM15,000 for this. 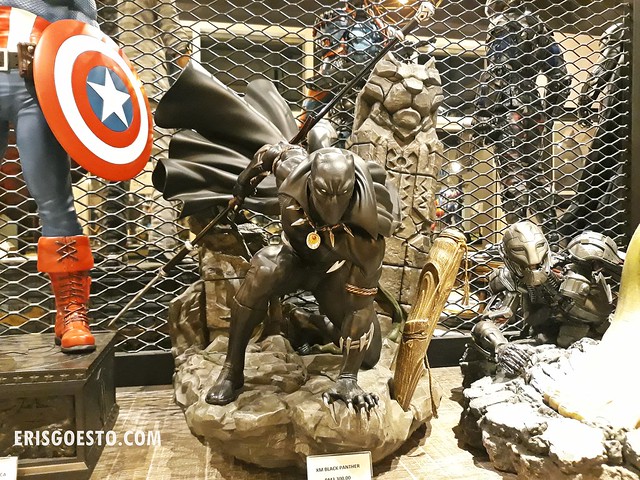 Next to Hulk was the Black Panther, complete with a background piece. This was comparatively cheaper at RM3,000++ lol. 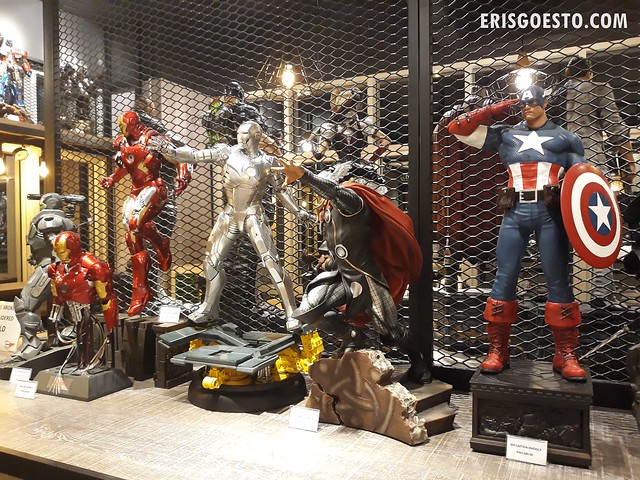 Other Marvel superheroes, the likes of Thor, Captain America and Ironman. 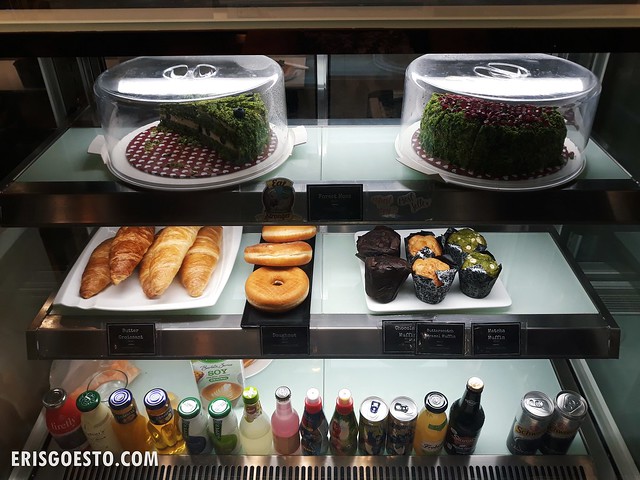 Tore myself away from the figurines for a bit and went to check out what they had on the menu. There’s an interesting-looking ‘moss cake’, muffins, bagels, croissants and juices. Patrons can also choose to order pizza, pasta and waffles, although the menu is quite limited atm. 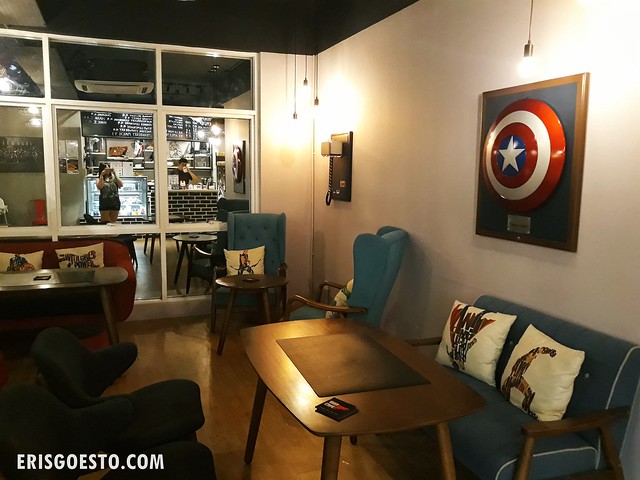 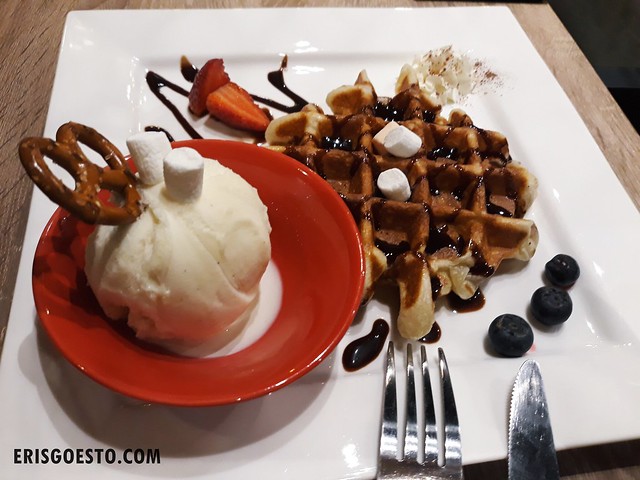 S ordered waffles, which came with a side of vanilla ice cream. The ice cream was nice and creamy, not too sweet, and topped with some marshmallows and a mini pretzel. Waffles were also nice and fluffy, drizzled over with some chocolate sauce. 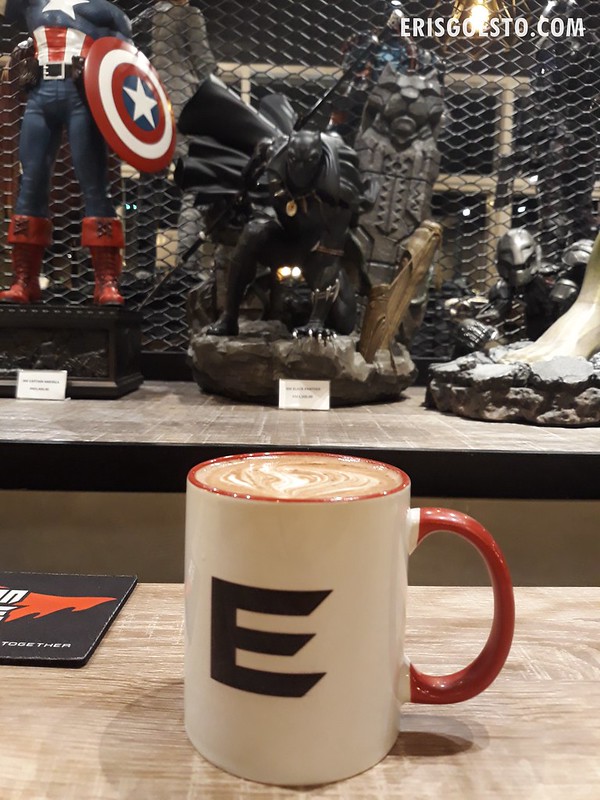 Just had dinner earlier so went for a hot chocolate. Again, not too sweet or cloying, which was just the way I liked it! The chocolate was thick and milky, and they serve it in a nice big mug. 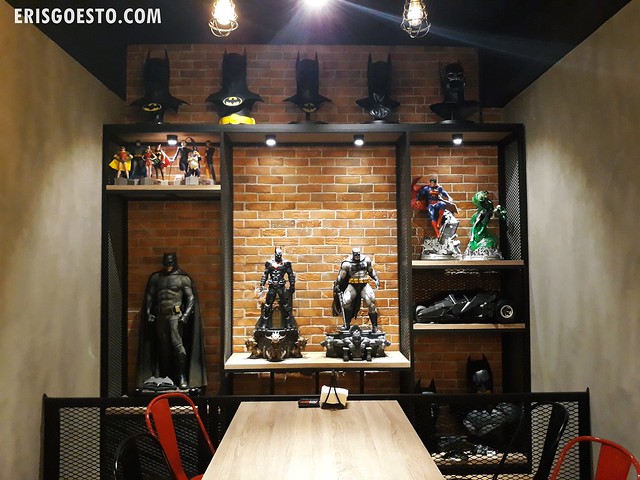 Another section of the cafe, dedicated to the Dark Knight. 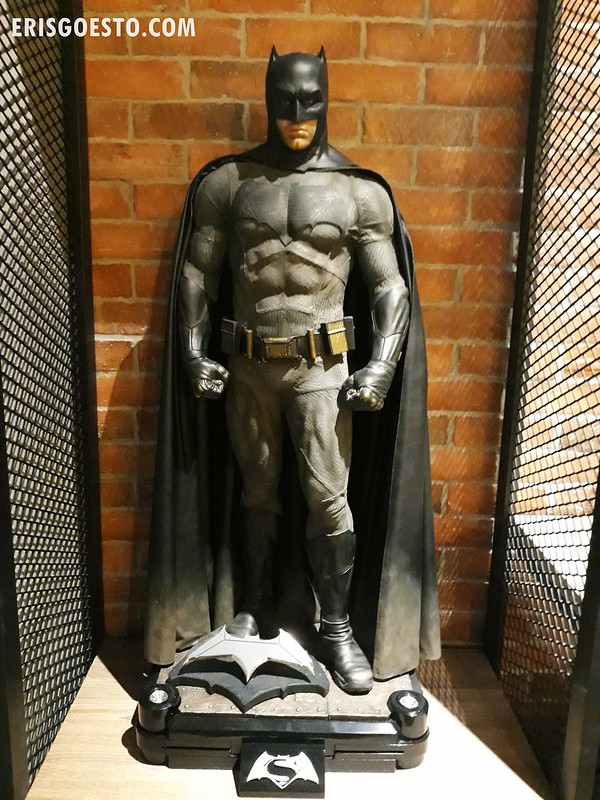 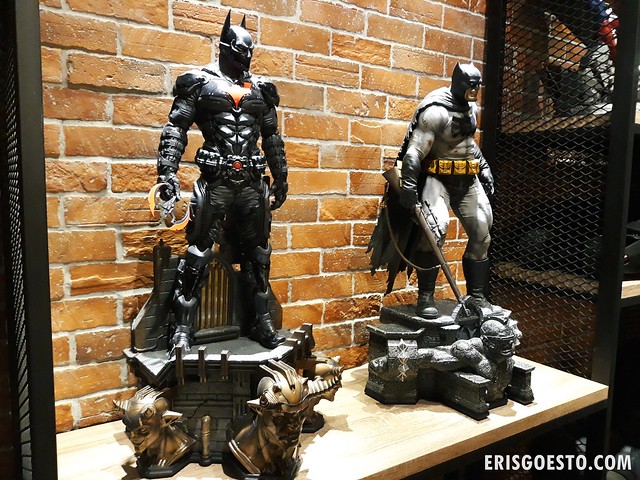 Different version of the Bat. 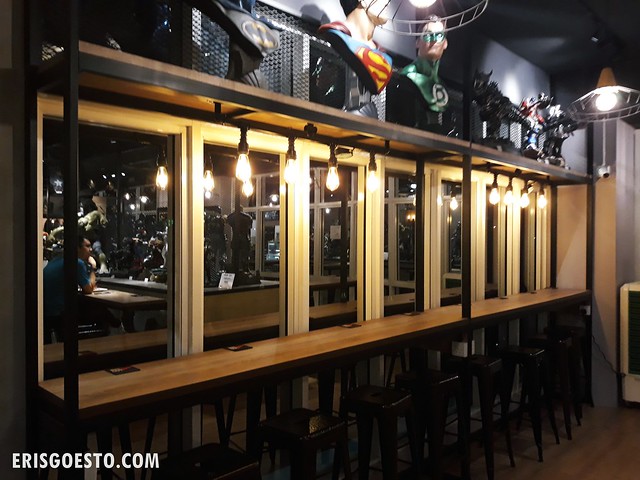 This area looked like a long vanity mirror. Good for selfies, not so good for Eris I would not eat while looking at myself as if I don’t know I’m fat enough omg. Some decorative busts sat overhead. 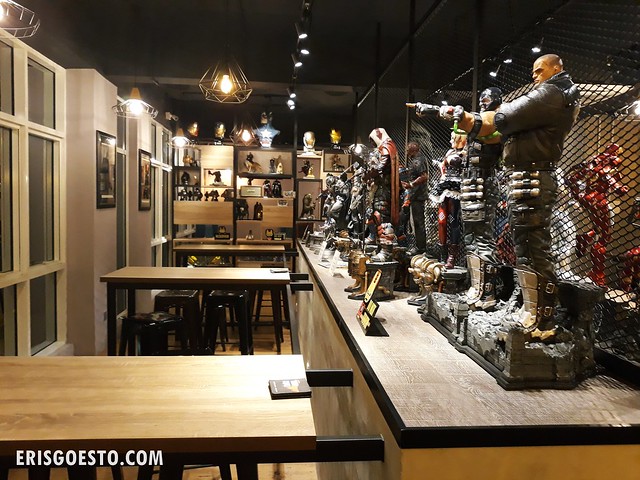 The other side of the fence had some DCU characters. 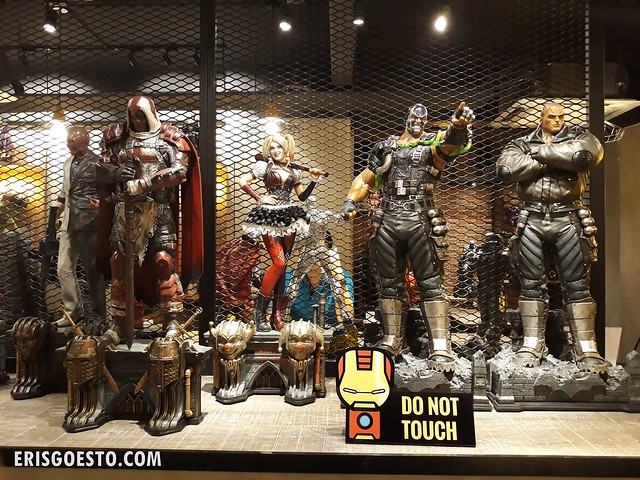 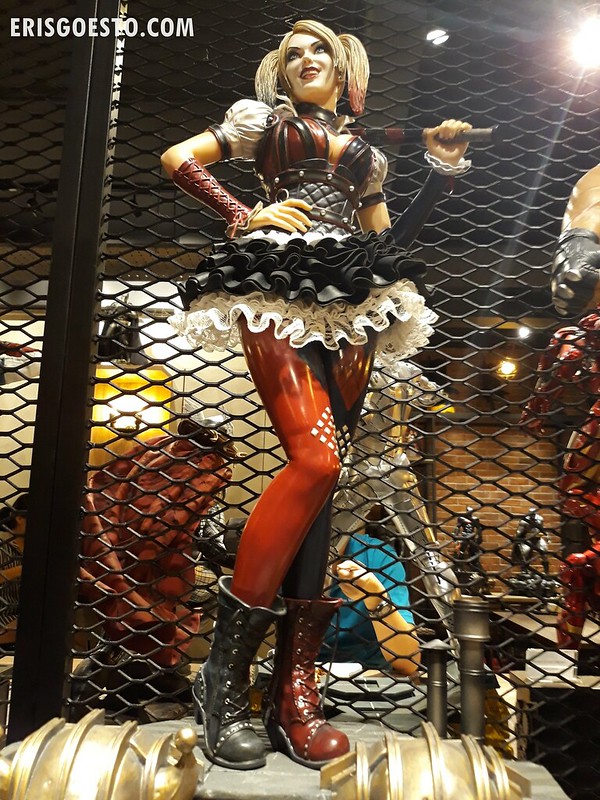 Harley Quinn from Arkham Asylum. Love the ruffles and the boots! 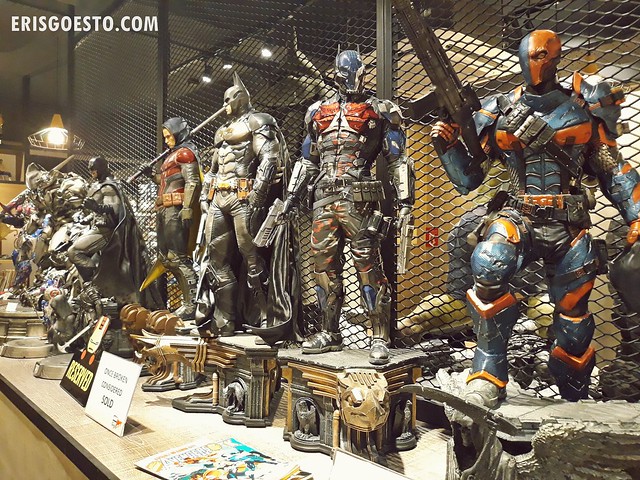 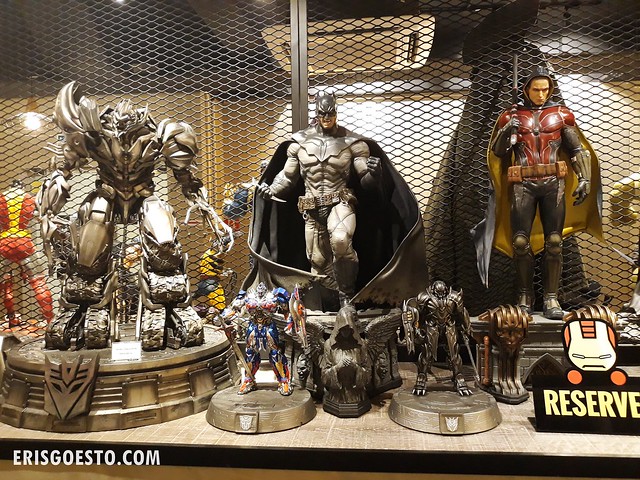 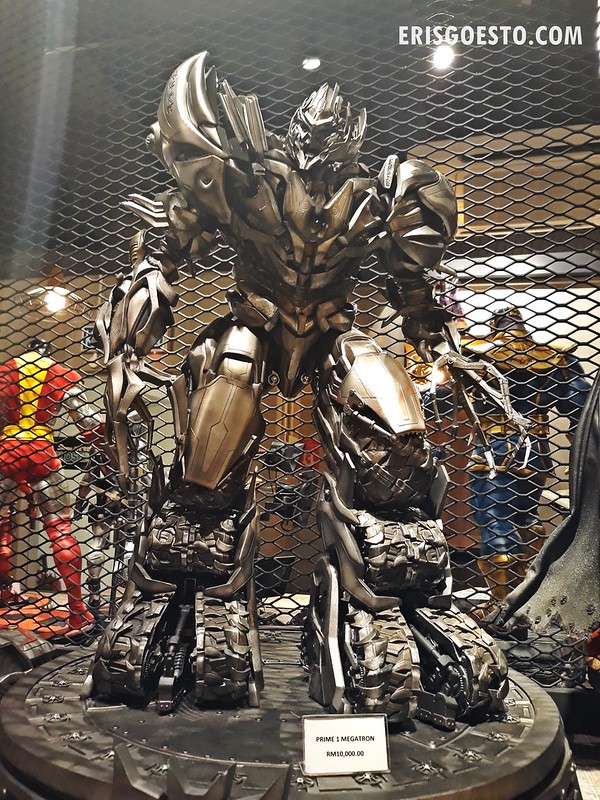 Transformers fans can feast their eyes on this majestic figure of Megatron. Only RM10k. lol. 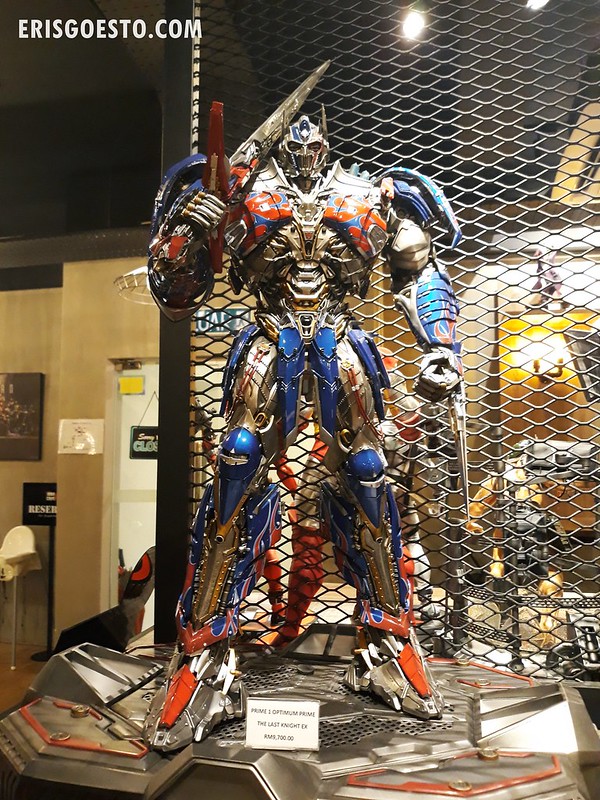 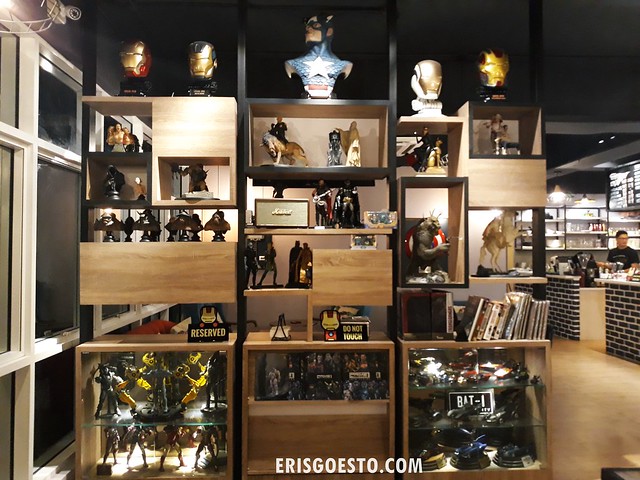 Then there is this wooden cabinet housing more Batman items, as well as some Lord Of The Rings figurines. 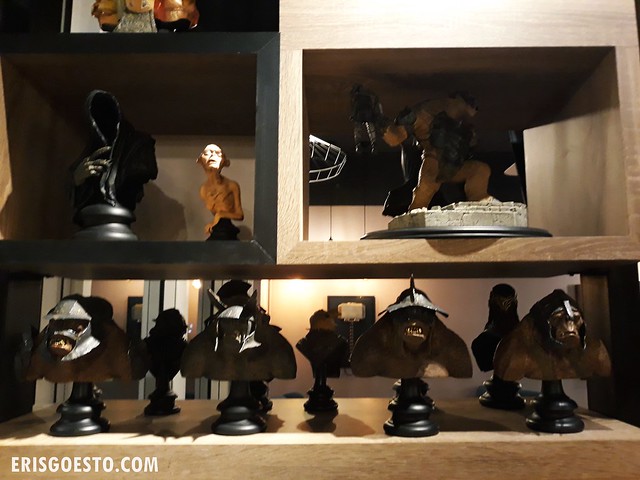 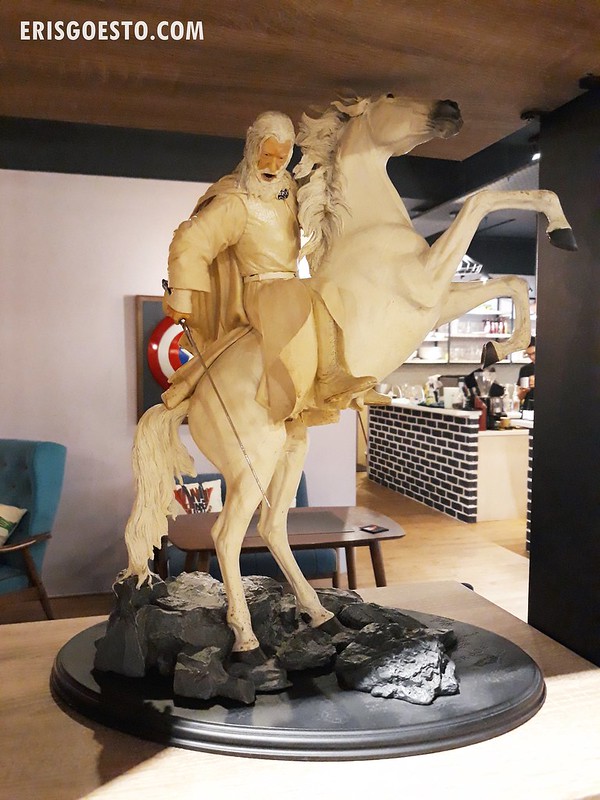 If I had the money, I would legit get one of these, put it on an altar at home and fk with my kids’ friends when they came over to visit and see a Gandalf shrine.

“Your mom worships this?”

This is why I shouldn’t have kids 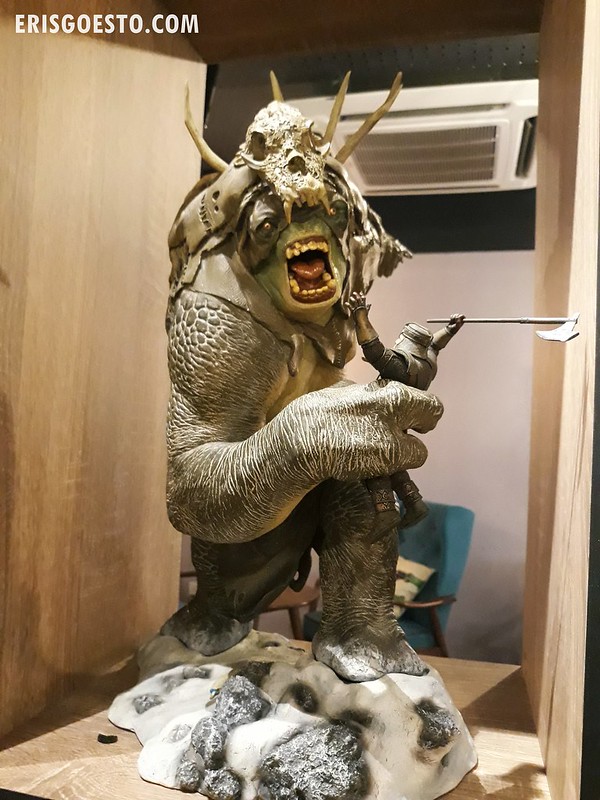 I am a fan, but not big enough of a fan to correctly identify what troll this is and which part in the series it appeared in 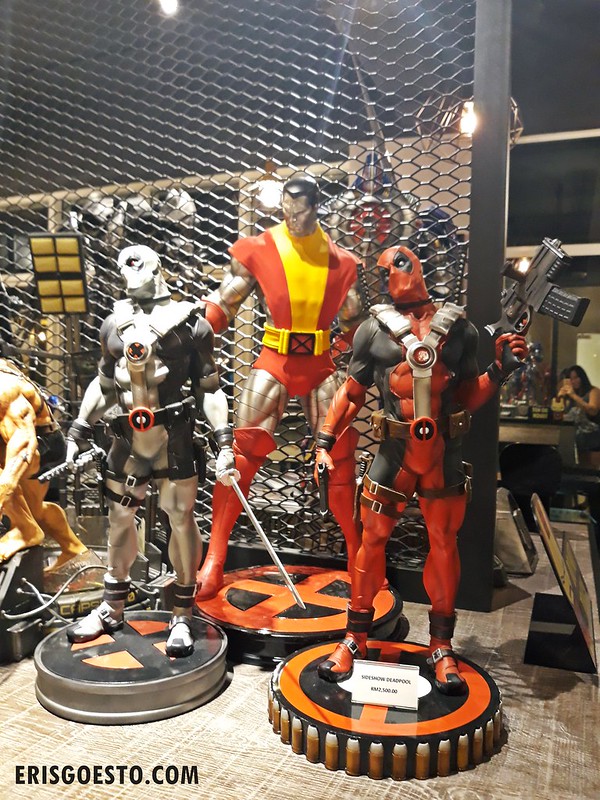 Spent some more time sipping the hot choco and admiring the sights, then we ended up at McDonalds anyway because I wanted fried chicken.

All in all, a really cool place to hangout! I suggest visiting while they still are still relatively quiet now and not yet swarmed with crowds.