At the stroke of midnight on the first day of CNY, loud bangs and blasts were heard all over Ipoh: the sounds of fireworks being set off to usher in a new year and new beginnings.

Ten years ago I might have been among the revelers, but at 28? Tucked snugly into my mattress by 11PM. When the fireworks started, I was mildly annoyed and dimly aware of my uncle, auntie, cousin and mom talking in the living room. Then I went back to sleep lol.

Yep, middle-aged aunties and uncles have more stamina than me these days. 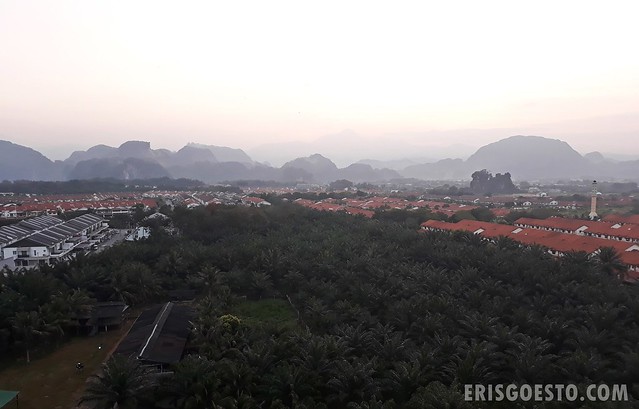 The upside? Woke up early, in time to catch the beautiful view of the sunrise! Since the cousin’s place is an apartment and there are no tall buildings around, I had an uninhibited view of the surrounding limestone hills. Beautiful ❤ 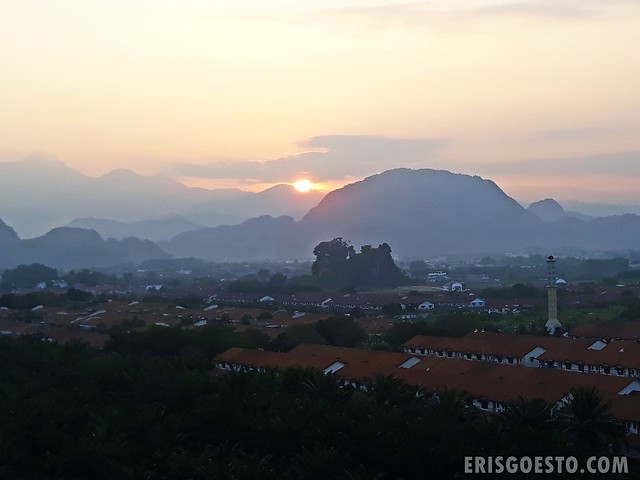 The bro came out from the room and upon seeing this scene, we simultaneously started singing the theme from Lion King. 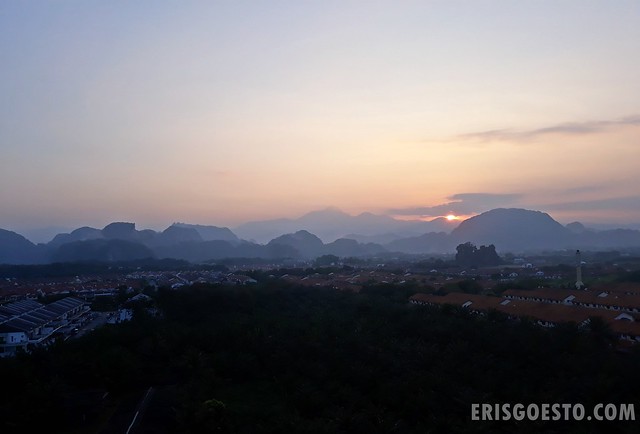 Busy, busy day! Time to visit relatives, a practice known as Bai Nian. There were some years where we visited some relatives but not others due to time constraints / frail health (it’s complicated. Me mum’s always sick /depressed) but this year, we went the whole hog and visited every single one of my maternal relatives.

We picked up my second aunt (Ah Yee) from her house, while my uncle and his fam tagged along. We went to visit my Dai Yee (eldest aunt), who is my mum’s half-sister from my grandfather’s previous marriage. She’s very old now, can barely walk and has dementia. As with many dementia patients, she keeps forgetting recent things and places, but remembers old incidences clearly. She has also reverted to speaking Sei Wui, the mothertongue of my mom’s clan, which none of us of this generation are able to speak anymore. 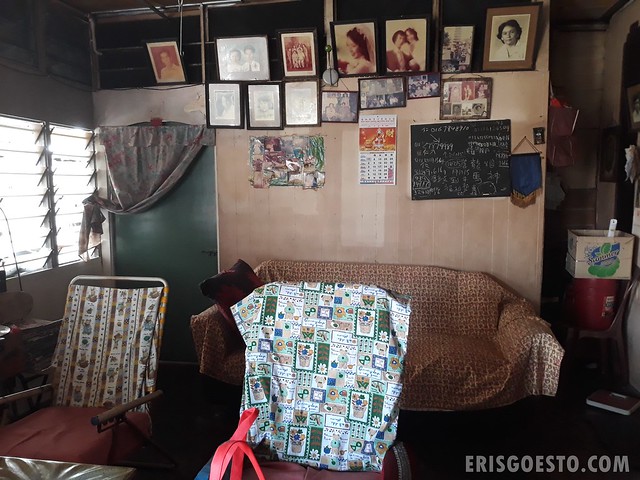 Dai Yee lives in a traditional wooden house, typical of Chinese villages built during the Malayan Emergency. The walls are mostly plank/wooden panels, with unpolished concrete floors and zinc roofing. Old pictures lined the walls, some of Dai Yee in her younger days, as well as other family members. 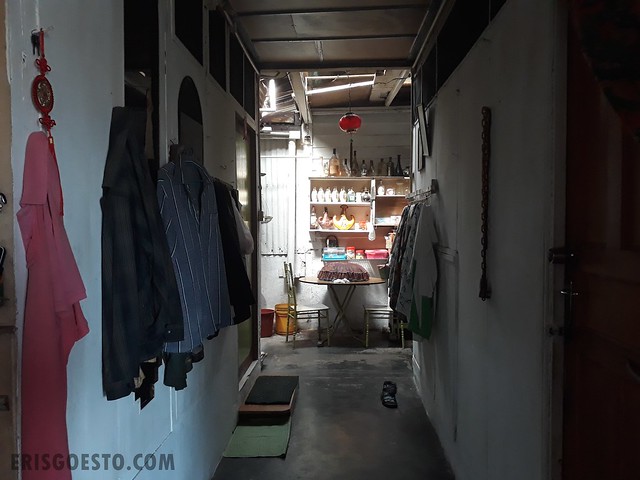 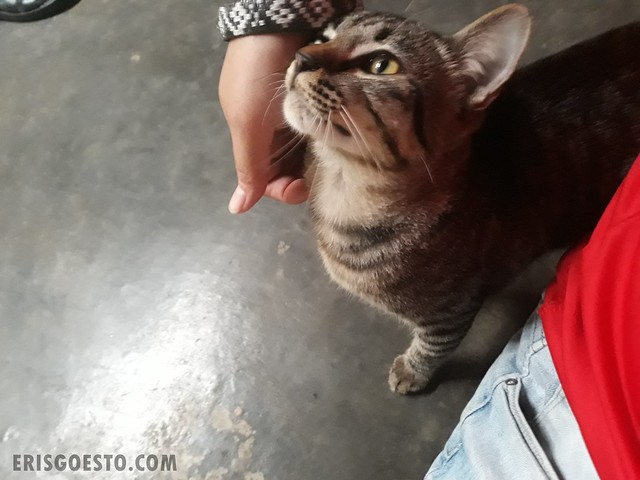 OMG there was a mingming. Chinese families don’t usually keep cats so I was super psyched when I saw this handsome kitty sprawled out on the floor of the kitchen. Immediately sat down and gave it some chin scratches. 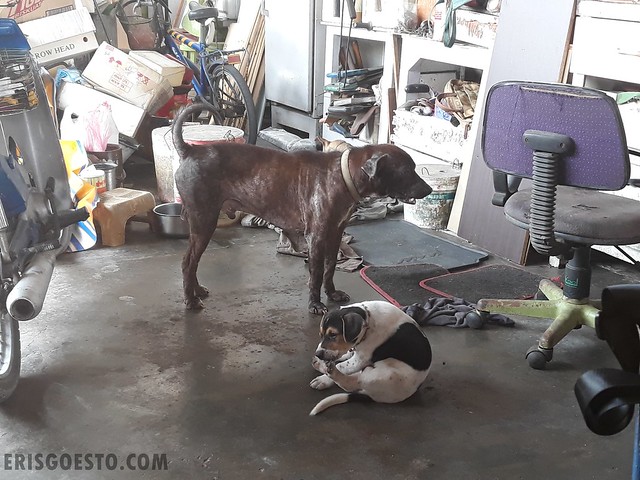 Also some doggos on the outside. Old doggo (brown) was fierce and kept growling at us, while two smaller doggos sat around scratching themselves.

Sat on the verandah and munched on cookies and snacks while chatting.  Then it was off to Gopeng to visit my eldest blood-aunt (I call her Sam Yee which is technically ‘third’, but she’s the eldest among my mom’s blood siblings).

The visits were slightly depressing coz they were all talking about how much pain they were in. Mum has a bunch of ailments like arthritis, insomnia, gastric problems, osteoporosis, mild depression, my second aunt has the same, my third aunt has diabetes and rather severe depression, and my uncle has the usual joint pains and stuff that come with old age. A lot of the stuff is hereditary, so I’m guessing I’ll probably have them as I get older too. Sigh.

Anyway I fell asleep on the couch because there wasn’t much to do. The good thing is that with so many visitations, I got a lot of angpaus lol. 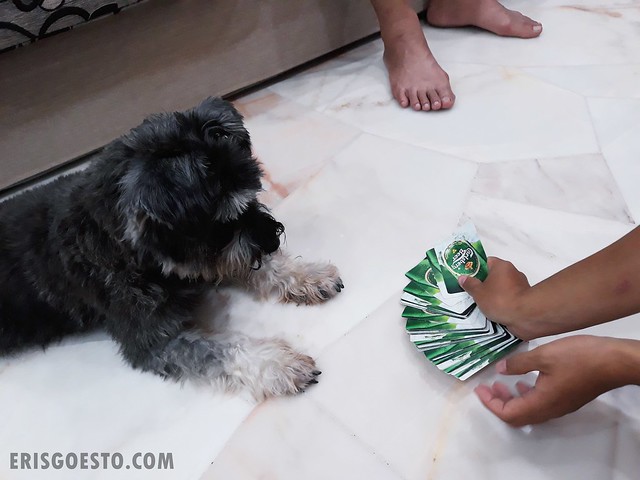 Visiting my paternal family that night. One of my aunt’s had brought her ‘baby’ back – a mini schnauzer by the name of Pepper. The bro attempted to show off some magic tricks. 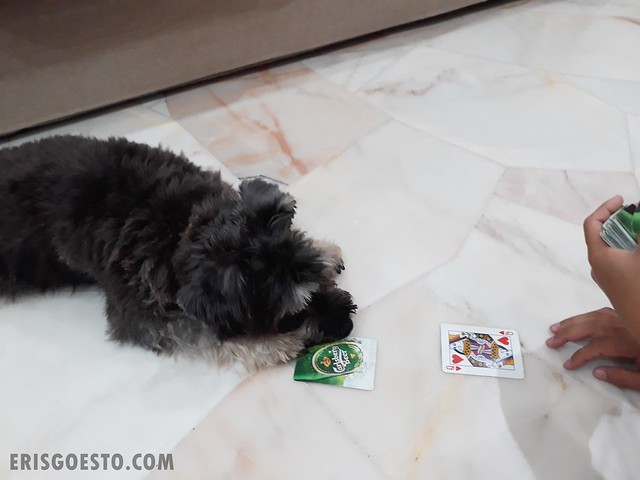 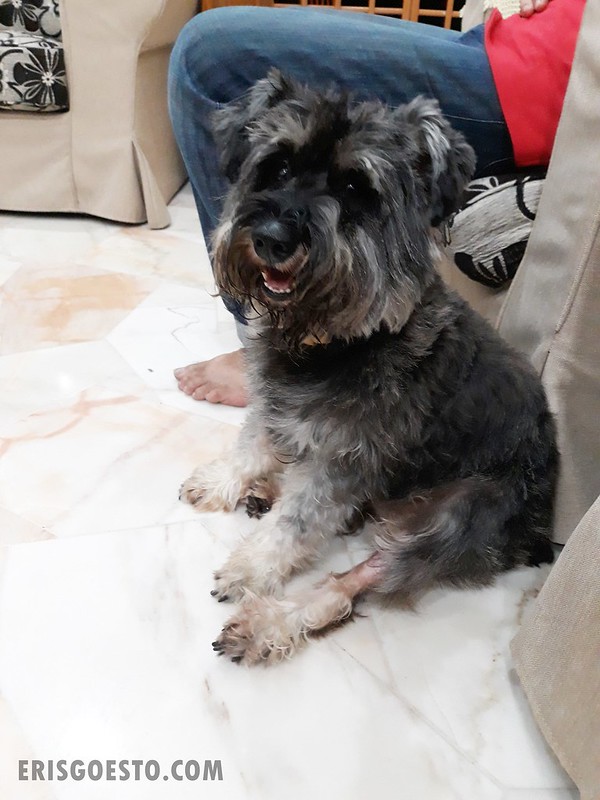 And just like that, the first day of CNY passed by in the blink of an eye!

I think it’s important to spend some time visiting relatives, because who knows how many visits I’ll have left? Many of my aunts and uncles are getting old, as are my parents, and we aren’t close to our cousins, some of whom have migrated or are in the process of migrating. It’s kind of a sad thing. Festivals used to be so much more livelier when my grandparents were around.