It’s much more laid-back than Kuala Lumpur, the people are nice and friendly, and most importantly (for me at least) there’s plenty of good food. But because I come here so often (parents are from Ipoh), I’ve run out of new places to visit lol.

While Googling, I stumbled upon a place called Qing Xin Ling Cultural Village, which literally translates to ‘Forest of Tranquility’. Since we had lots of time to kill before the reunion dinner, the fam and I drove to Gunung Rapat, about 20 minutes from Ipoh town center, to check it out. 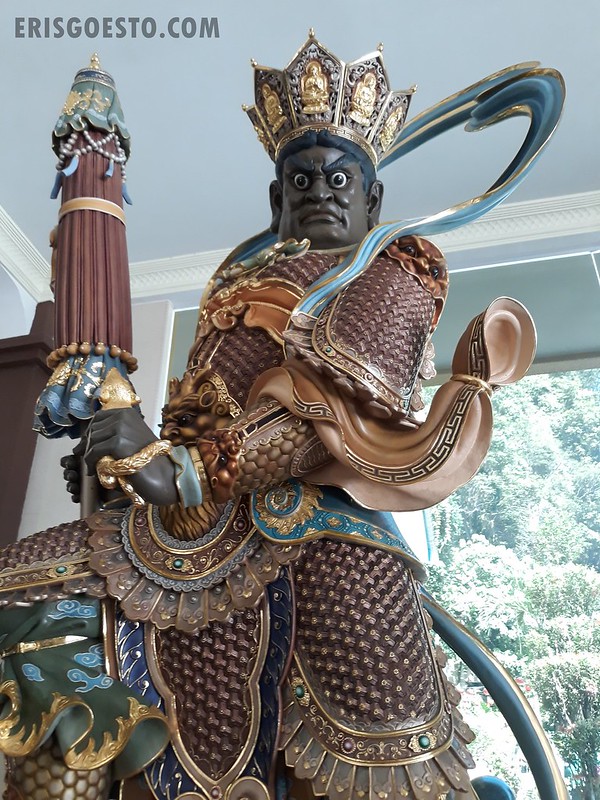 Qing Xin Ling is sandwiched between two cave temples, namely Sam Poh Tong and Kek Lok Tong. Unfortunately, the cultural village area, which encompasses a lake and a park, was CLOSED :(((. Spoke to a local there and he said it had been closed for some time now, due to complaints from residents living in the housing estate nearby. Owing to its popularity as a tourist destination, buses had been coming by the loads at all times of the day, ruining the roads and causing a disturbance in the otherwise quiet neighbourhood.

Since we couldn’t go in, we contented ourselves to visiting the Buddhist/Taoist temple and hall just outside the park. The ground floor leading to a community hall area was flanked by four large statues, elaborately carved and decked out in gold colours. Judging from their fierce expressions, I would guess they are door gods or guardians of the temple. 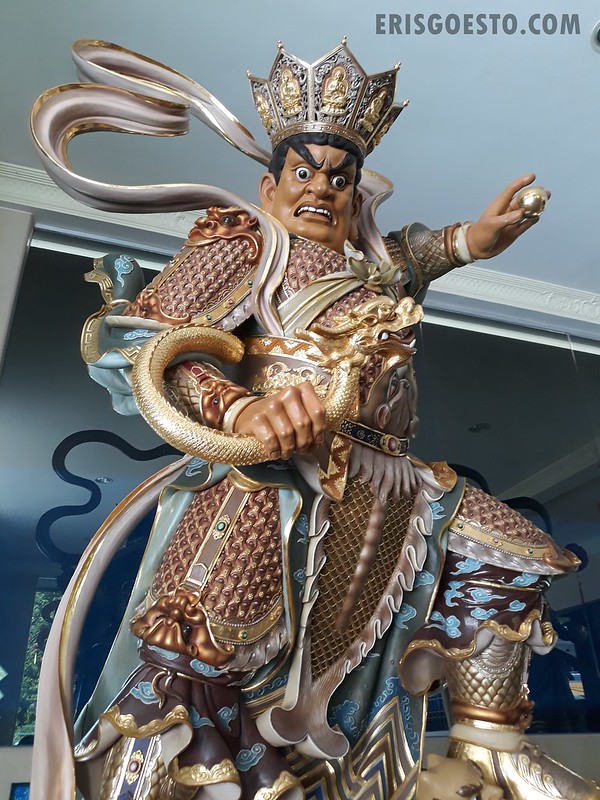 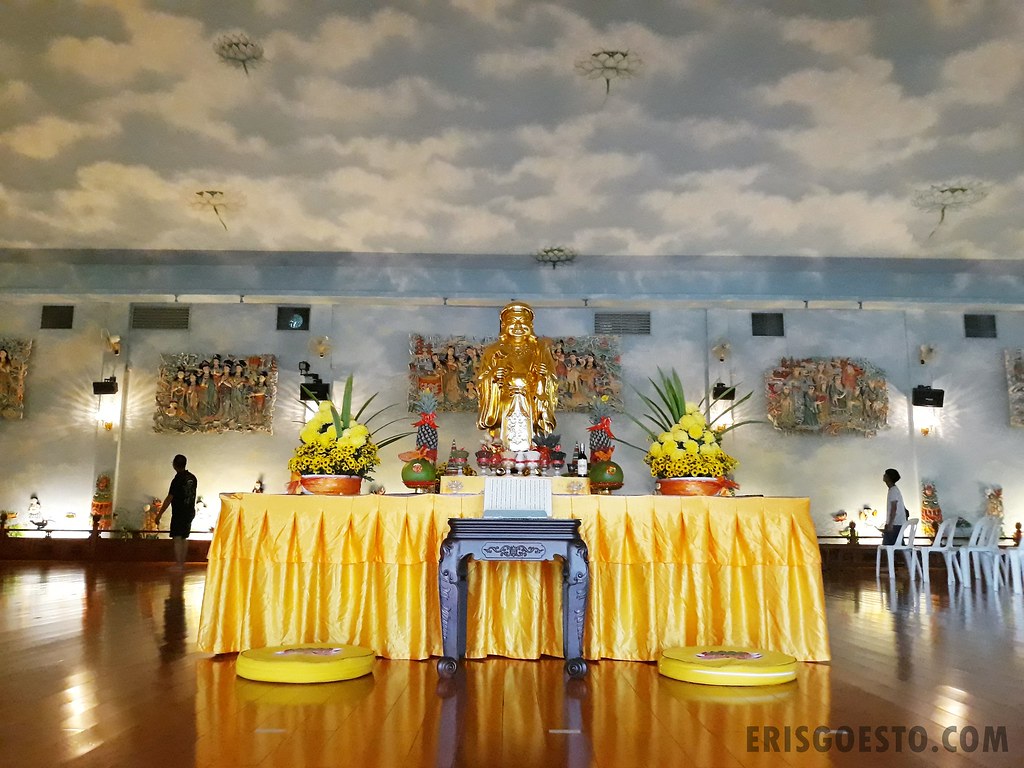 Nothing much on the ground floor except a small library with religious books/CDs that you can take home, in exchange for donations to the temple. They also have an office of sorts and a counselling centre, which was closed for the Lunar New Year. The volunteer on duty suggested we head upstairs, where we found a spacious prayer hall. The floor of the hall is made from a fragrant type of hardwood with a sweet and pleasant smell. 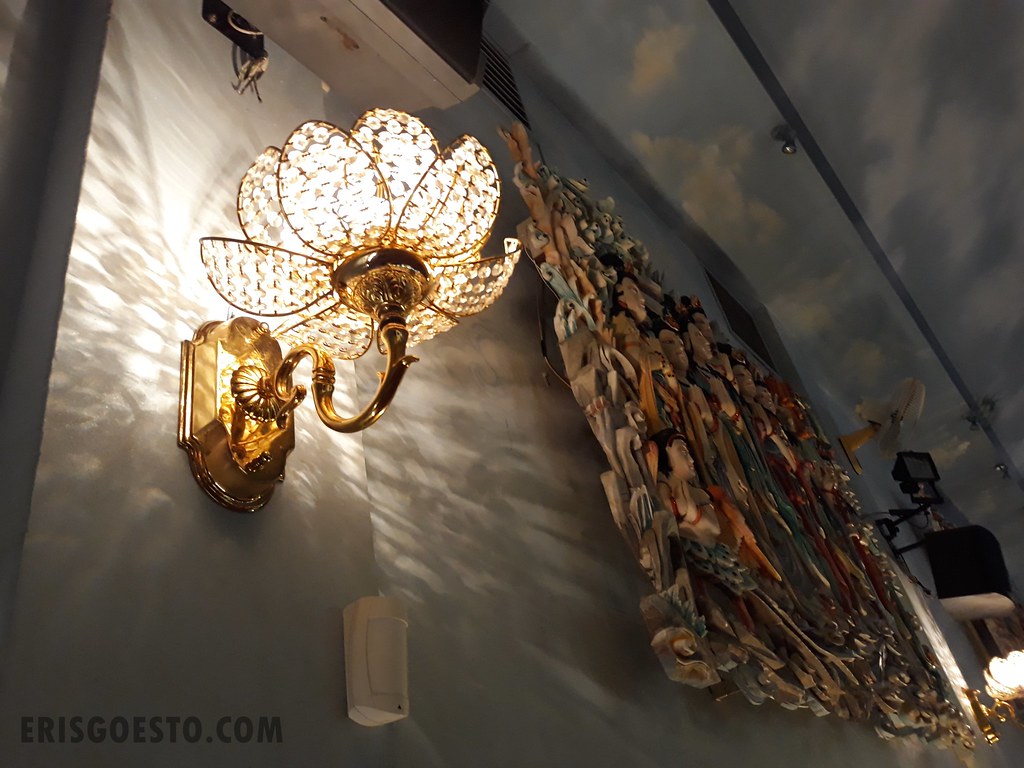 Beautiful lotus-shaped lights threw dancing rays of light across the walls and ceiling, which were painted over to resemble vast blue sky and clouds. Lining the walls were colourful depictions of deities. 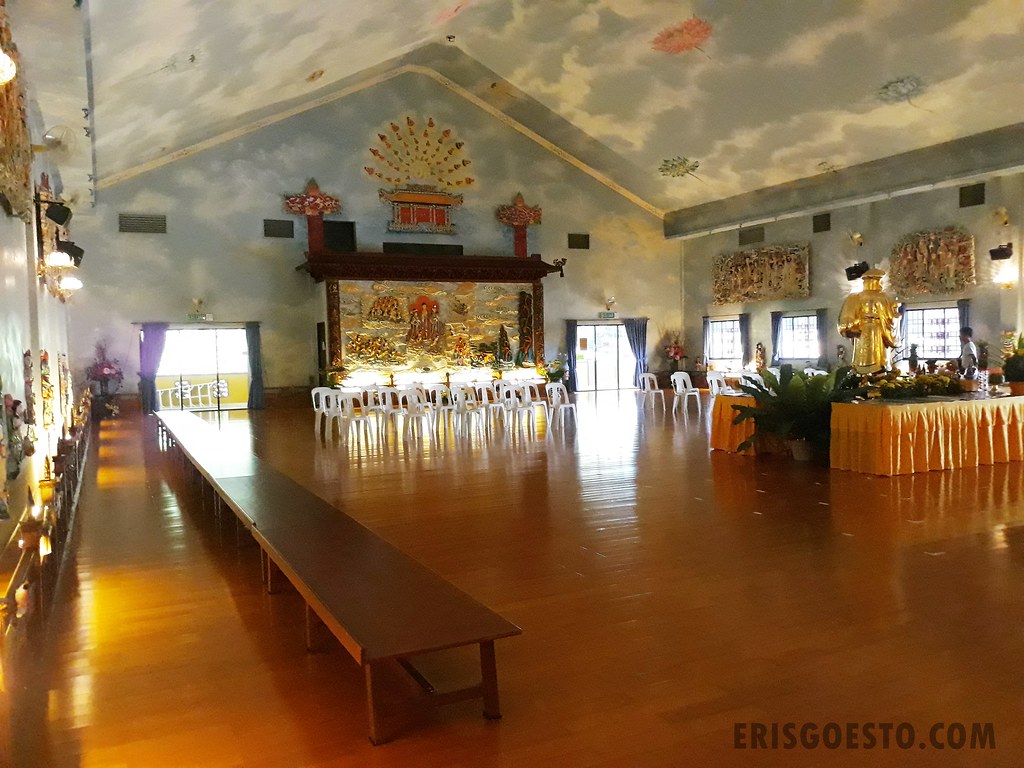 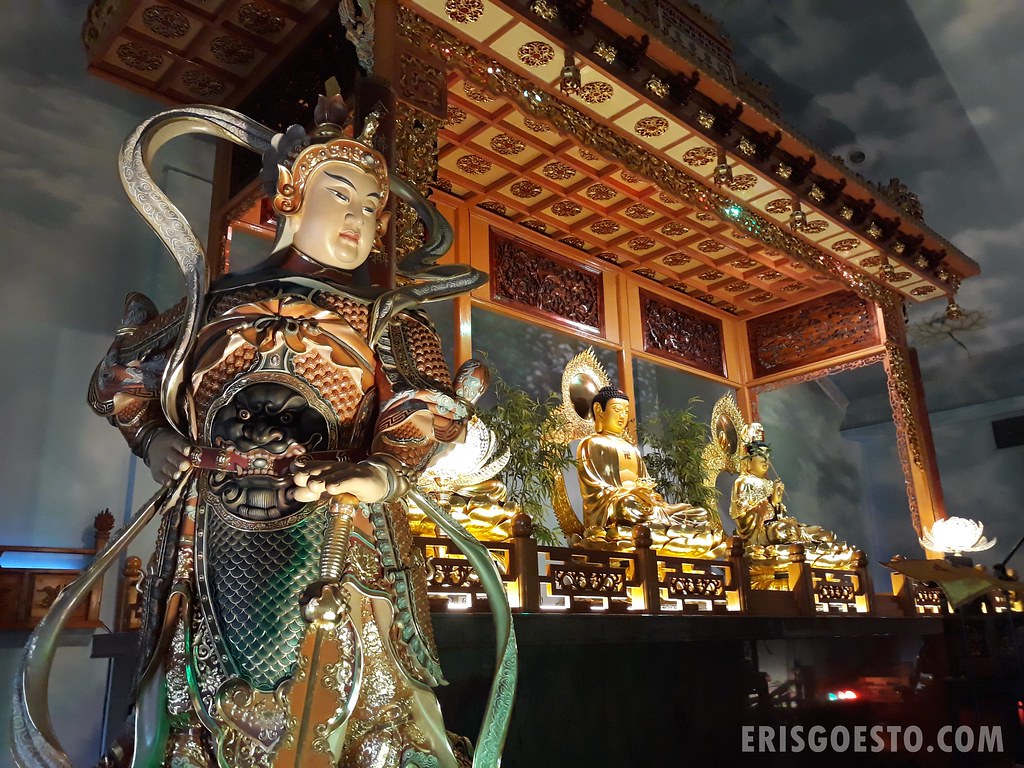 The main altar with Buddha, flanked by the Goddess of Mercy as well as several other deities. The hall was warm though so we didn’t spend much time inside. 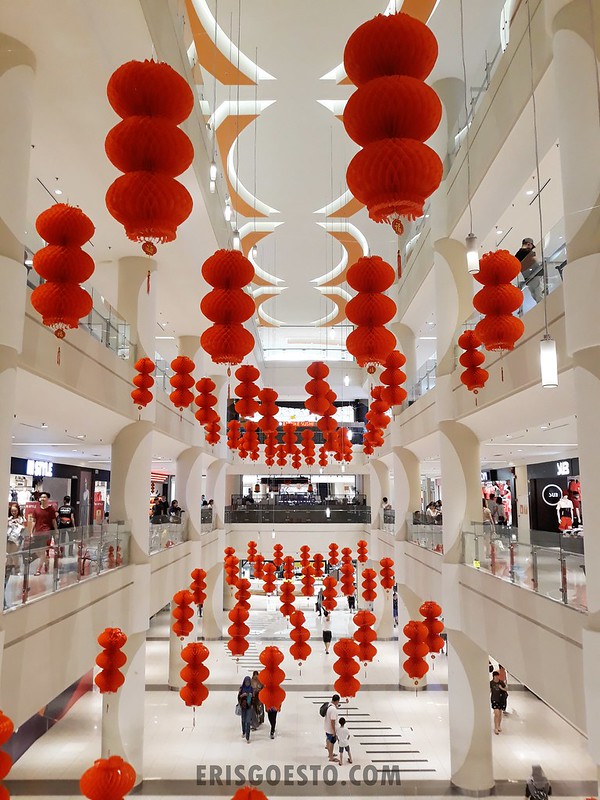 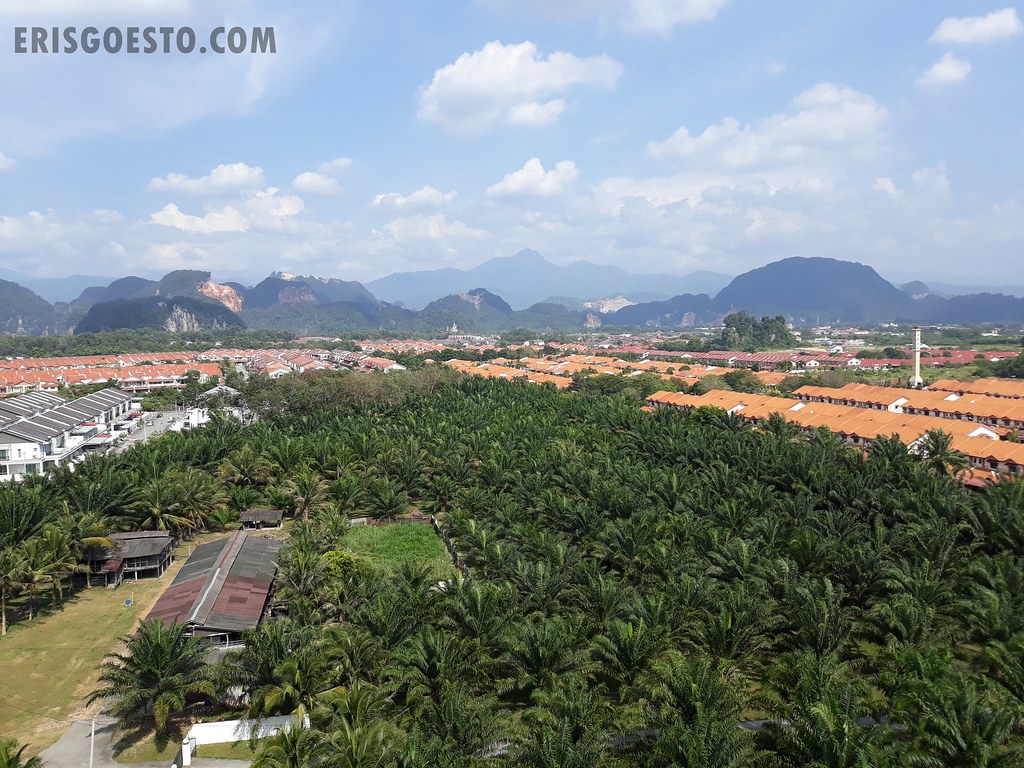 Went back to rest at my cousin’s place. He just moved into a new apartment (one of the few high rise buildings that are slowly but surely springing up all over Ipoh) and the balcony view was awesome! One can see the layers of limestone hills forming a ring around the city. 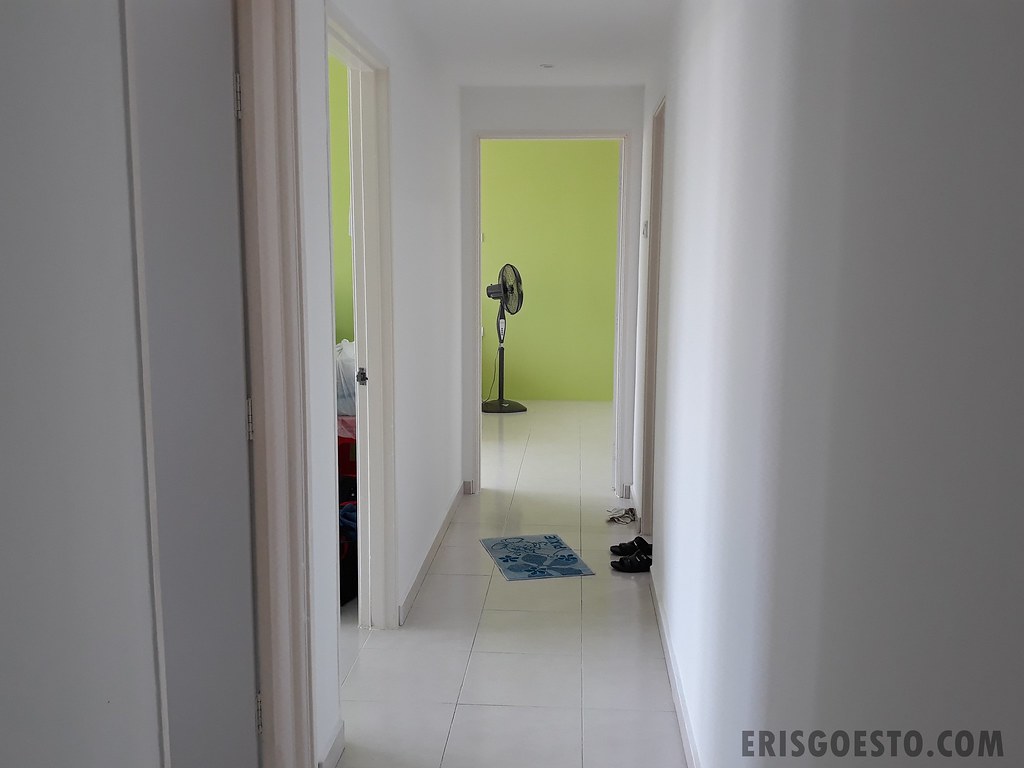 3-bedroom setup with 2 bathrooms. The apartment also had the usual facilities such as a small swimming pool, gym and sauna room. 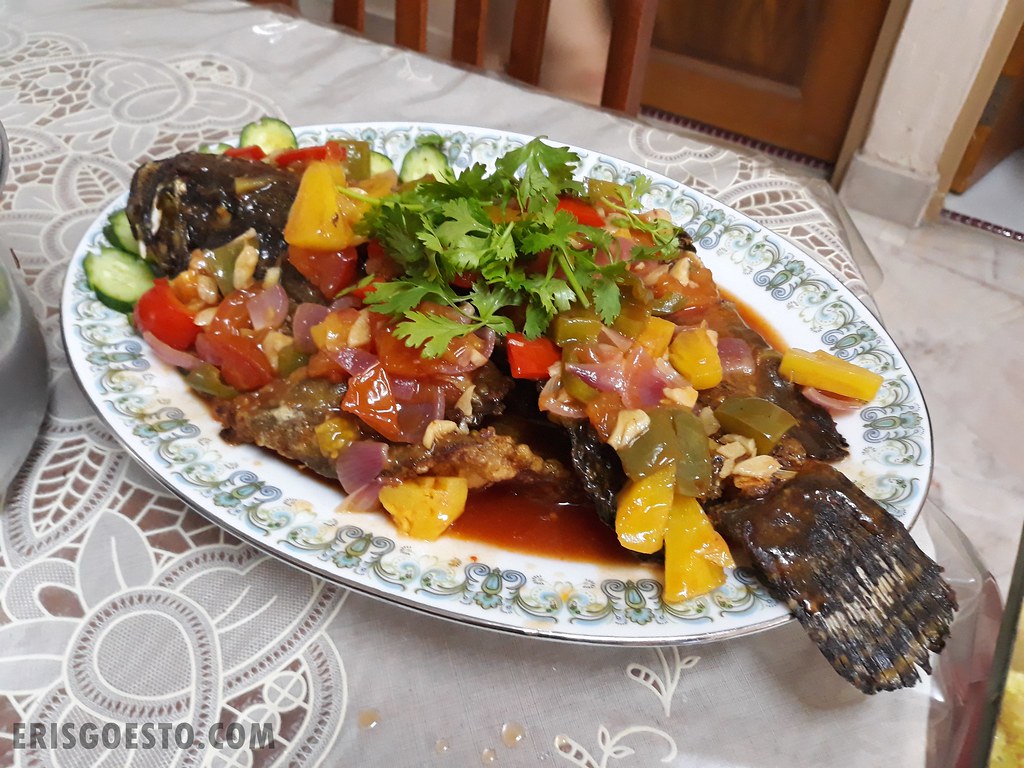 Reunion dinner that night was at the paternal family’s house.

If you are unaware of Chinese customs, reunion dinner night and the first day of the Lunar New Year are traditionally spent with the father’s side of the family. Daughters who have married only return to visit their own families on the second day or later. In modern times, people are more relaxed about this rule but our fam still practices it.

The day starts early for my Sar Kor (Hokkien for third aunt), who is the only one among my father’s siblings that inherited my grandmother’s cooking prowess. She’s 70 this year, and still singlehandedly prepares most of the food for my entire clan of aunties, uncles and cousins. While the rest of the fam living in other states travel to Ipoh in the morning, she’ll be busy cooking away in the kitchen.

Everyone is usually there by late afternoon, when ancestor worship takes place. The ancestral tablets for my grandparents as well as my great grandfather sit alongside the Buddhist and Taoist deity statues that my fam prays to. Sar Kor will lay out a portion of the food that has been prepped, whereby everyone takes turns to offer joss-sticks. Once that’s done, it’s chill time till dinner time. 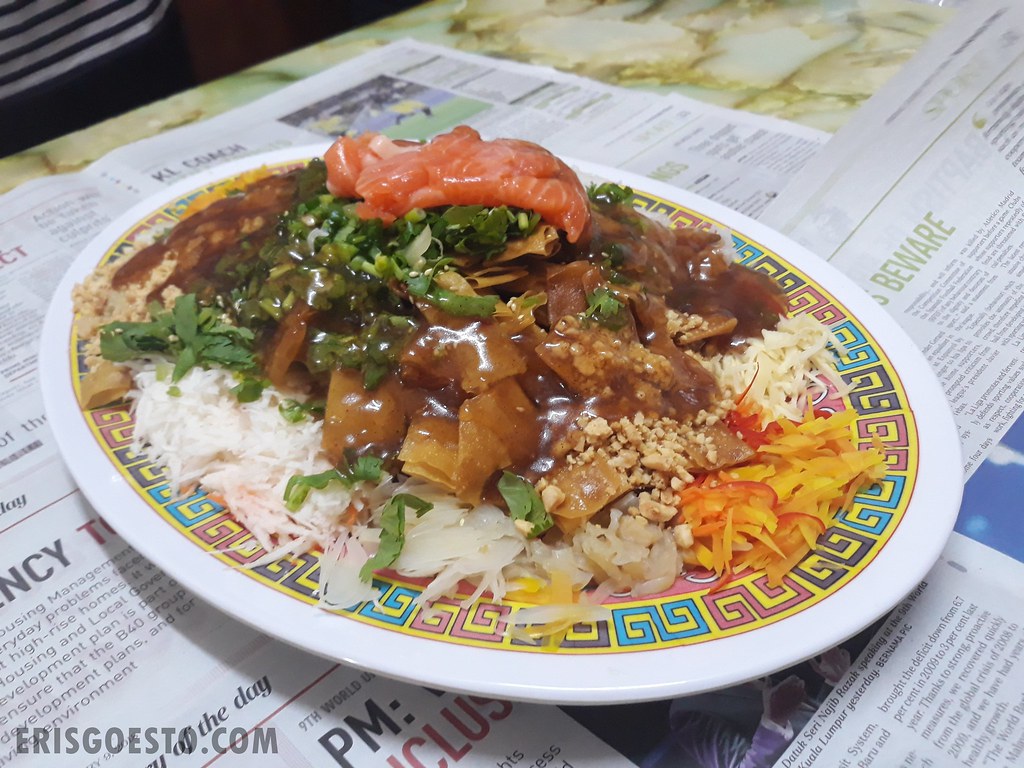 We didn’t used to have Yee Sang for our reunion dinner, until the last couple of years. I used to think this dish was meh but it has really grown on me. 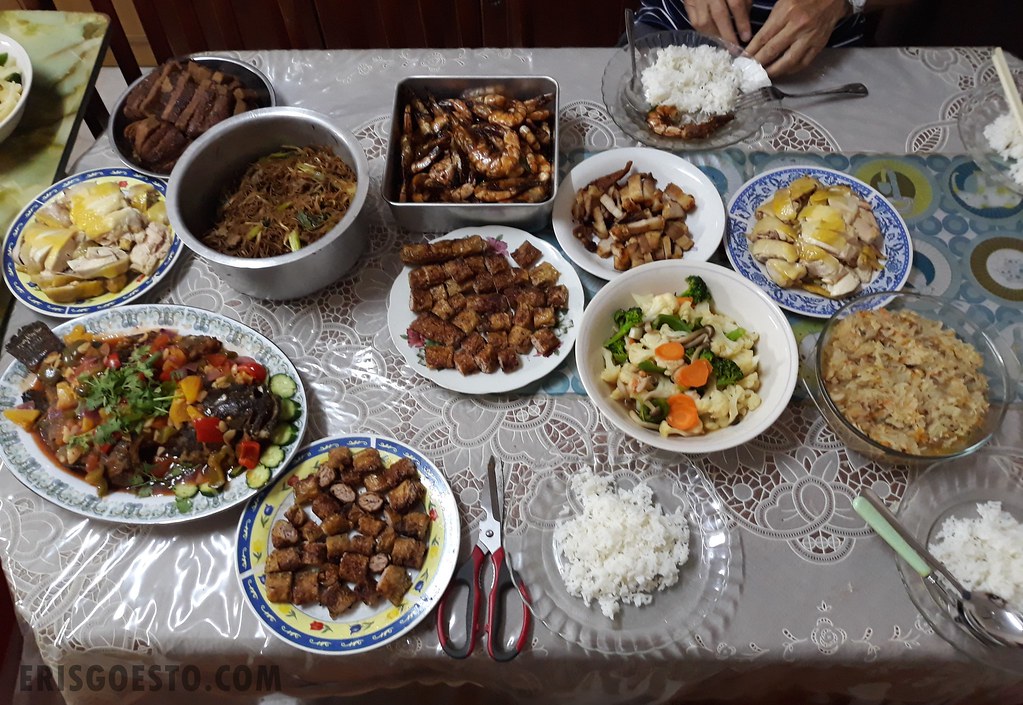 In Chinese culture, dishes for festive occasions are often steeped in symbolism. Since the Lunar New Year marks new beginnings, there is always fish for abundance and shrimp for laughter and happiness – the reason being that the words are homonyms. Fish – Yu (abundance) and Shrimp – Ha (sound of laughter). Also, these two seafood ingredients were expensive back in the day and therefore were considered a luxurious treat that many might only be able to have once a year. 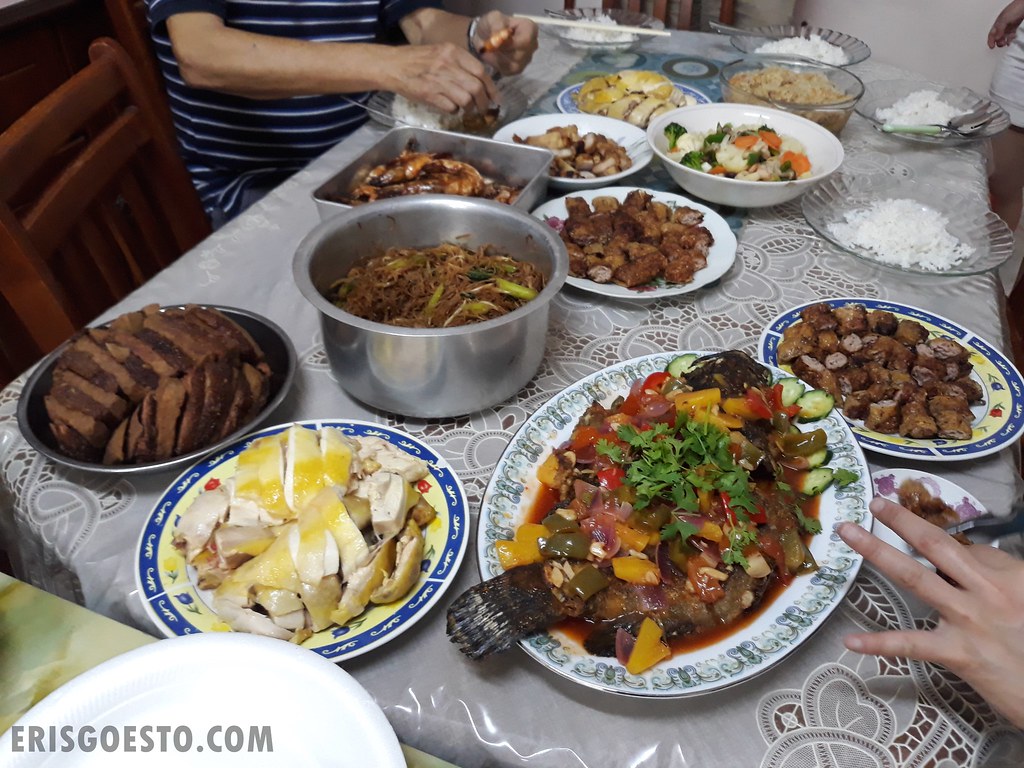 Some dishes are a nod to our Hokkien roots, like salted vegetable and duck soup (which my dad absolutely adores), but there are also are also a few Nyonya specialties that were handed down from my grandma, who learnt most of her cooking from a Nyonya neighbour. These include jiuhuchar (jicama and yambean), lor bak (stuffed beancurd rolls with five spice powder).

Had a great time catching up with the fam, and left completely stuffed. It’s always nice to eat home cooking!

How did you spend reunion dinner night ?