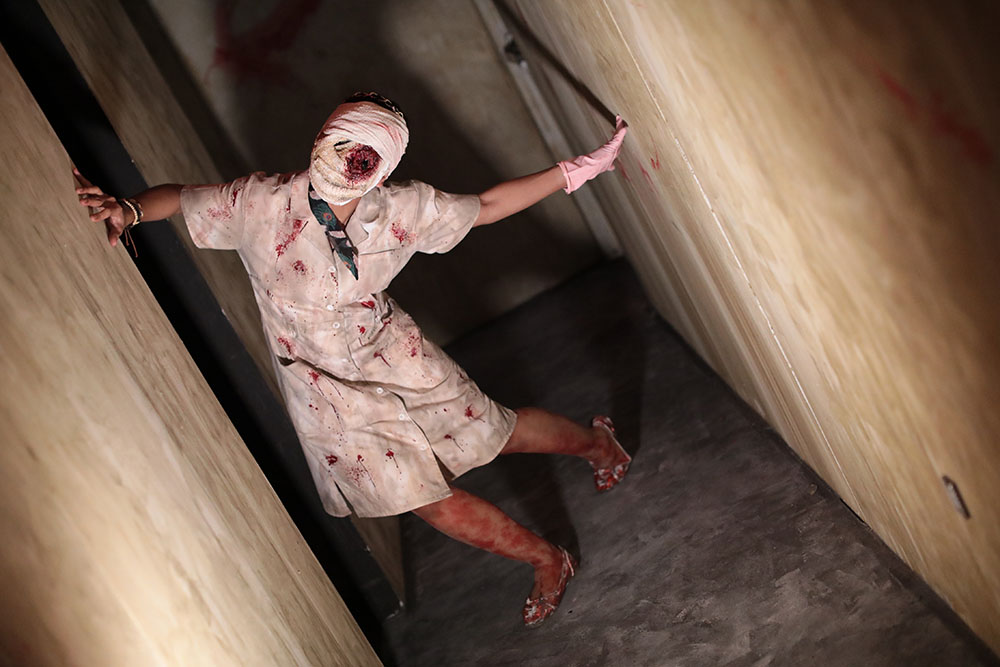 You’re in a theme park after hours.

A mist swirls around your feet, curling and uncurling like fingers. An eerie laugh cuts through the night air, sending chills down your spine. You round the corner and you meet..

A whole lot of nope.

As Jigsaw peddles towards you, you take a few steps back, turn, and run the other way, towards the exit. But as you approach the gates, you meet a figure. He closes in and… !

You let out a scream… but realise you’re not in a horror movie after all and you’re not doomed to some gory, impending death.

After all, it’s only Nights of Fright 5, Malaysia’s largest festival of fear – returning this Halloween to Sunway Lagoon to scare the living daylights out of patrons. 😀

Held throughout the month of October, the theme park comes to life (lol) after dark with various denizens of death: ghoulies and ghosties from both East and West. The gates of horror opened last weekend, and will remain open until the 31st. And they’ve got some pretty scary things in store for the brave (?) soul who dares to venture in.

Occult fans will know of Mexico’s infamous Isla de la Munecas, or Island of the Dolls – said to be haunted by restless spirits who make the hundreds, if not thousands, of dolls on the swampy island their home. Described as one of the ‘creepiest places on earth’, the bizarre collection began when the island’s owner, Don Julian, began collecting dolls to appease a little girl’s spirit who apparently drowned in the area. He was found drowned himself, 50 years later, in the very spot where the body was supposed to be found.

Well, you don’t have to travel all the way to Mexico to experience it, because Sunway Lagoon is bringing the island right to our doorstep, along with its residents.

If dolls aren’t your thing, then maybe a nice quiet seance and Ouija board game with the folks over at the abandoned attic of Mr E J Bond Esquire’s home. 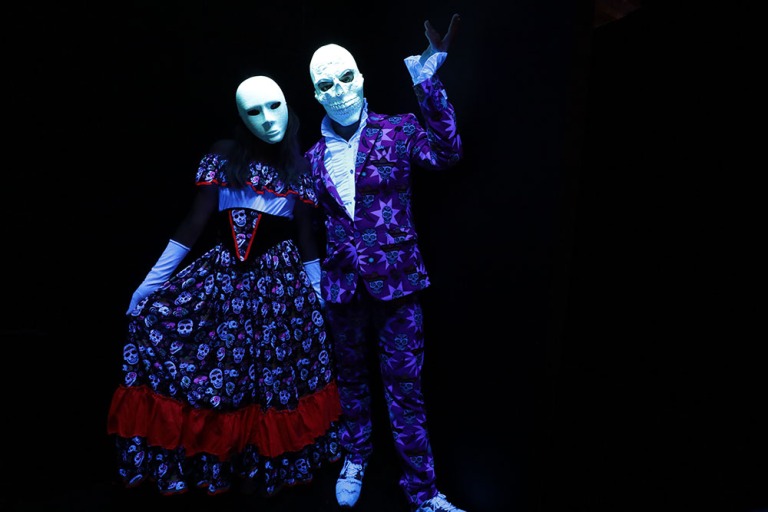 Walk the tightrope between life and death at Day of the Dead in 3D, as you make your way through the darkness, illuminated by the occasional eerie glow from masked souls. Be careful though – you never know when they might want some company in the realm of the dead. 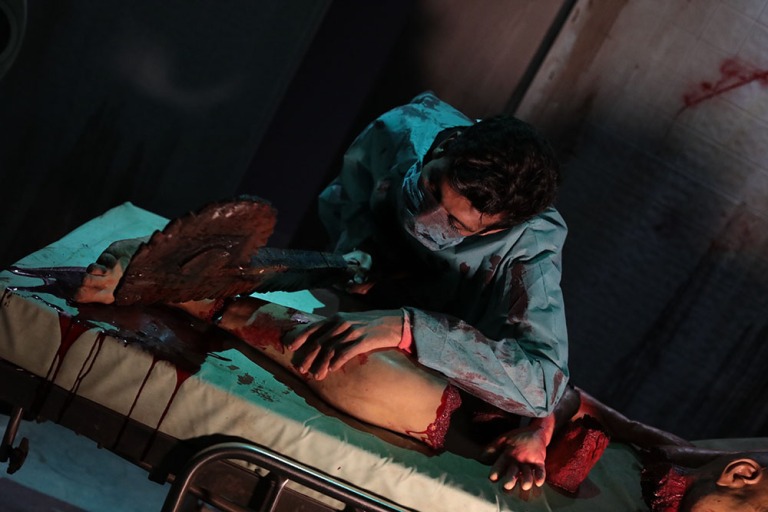 Fast forward to the year 2147, to a world of Dystopia: overrun with squalor, human misery, oppression, disease and overcrowding. The hospital plays host to crazy doctors performing grisly human experiments, while monstrosities and ghosts of the past haunt its hallways.

They even got Silent Hill to loan them some nurses.

If you’re up to some badassery, explore the iconic Ghostbusters Firehouse HQ and kick some ghost ass. Not literally of course. Touch not the ‘ghosts’ and they won’t touch you. Other infamous ghost locations include the Aldridge Mansion and Seward Street Subway, recreated to a tee.

Some local flavour is in order, and they have the Pontianak vs Pocong, a bloody affair of a lover returning as a Pontianak (vampire) and an unfaithful husband as a Pocong (a Malay version of a zombie) – seeking what is rightfully theirs in a classic battle of evil vs evil (this was the movie they should have made instead of Sadako vs Kayako!)

Fangirl to your favourite horror movie characters of all time (just don’t ask for an autograph) at Horrorwood Studios, where you’ll meet iconic greats like Freddy from a Nightmare on Elm Street, and Michael Myers from Halloween. They’ll even walk you down the red carpet, complete with large Oscar statues, velvet rope barriers and lights over at the Horrorwood Boulevard!

And of course, it wouldn’t be a screamfest/fear festival without the perennial favourite – zombies. Survive the Zombie Apocalypse maze where the undead are always on the ready to tear you apart and drag you down.

Aside from the above mentioned places, there will be a total of 8 Haunted Houses, 5 Scare Zones, 11 Thrill Rides and 4 Show Stages, including attractions such as the Forest of Fear and Judgment Lane (modeled after the demolished Pudu Jail). Join the parade at March of the Undead, where characters walk about in haunting yet beautiful makeup and costumes, decorated with Mexican paper flags and large puppet processions. 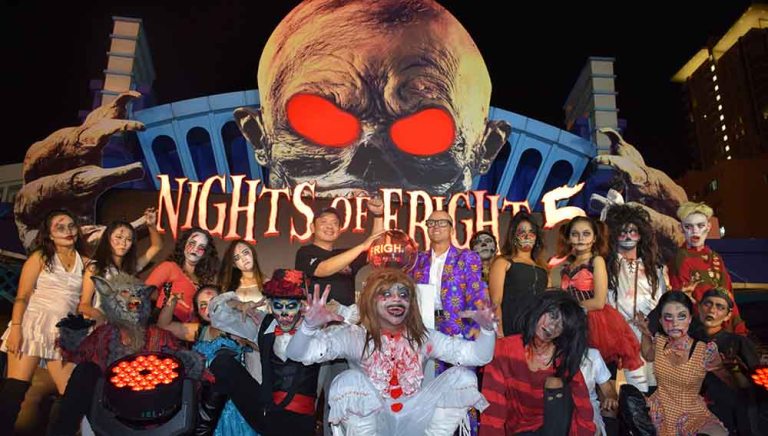 Nights of Fright 5, presented by Sunway Lagoon Theme Park, runs from Fridays til Sundays until Oct 31. Doors open at 730PM til late and entrance is strictly for those aged 12 years old and above. Tickets are priced at RM64 per pax.