Nin 30 Man or Reunion Dinner night on the eve of the Lunar New Year is one of the most important occasions for Chinese families, where family members travel back to their respective hometowns and gather for a feast. For many of us who work in cities, it is perhaps one of the rare times that we see all our relatives under one roof….Although in recent years, since my grandparents’ passing, it has become rather quiet. Some cousins drop by for short visits, while others prefer going overseas for holidays. This year was a very subdued affair, since the only people in the house were my elderly aunts. My brother and I were the only ‘young’ ones lol.

Before the dinner, my third Aunt (Sar Kor) will cook some dishes to be presented to the Gods and my ancestors at the altar. Then we ‘invite’ them to join the dinner later at night. Traditionally, people used Xing Bui, a pair of cups, to indicate if your invitation has been accepted. The cups are thrown onto the floor and one should face up and the other down, an affirmative sign. Otherwise, we keep trying until we get the desired result.

In my family, we use coins instead of cups. The coins have been handed down for generations and look really old. Out of curiosity, I took a better look at them and found out that one dated back to 1896 (!!!!) 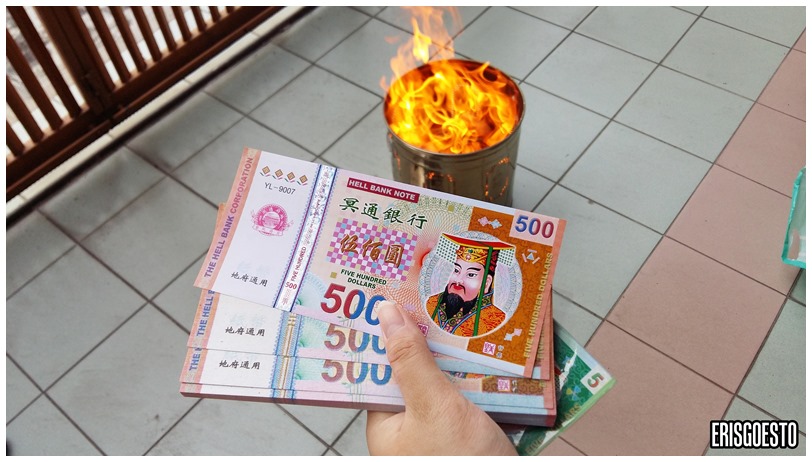 Burning paper ‘money’ for the ancestors.

Dinner time! A must-have dish during CNY is Yee Sang, a salad-like mix of shredded vegetables, pomelo, onions, condiments and crunchy snacks poured over with plum or fish sauce.  The tradition is to toss the yee sang while saying some well wishes out loud, to bring joy and luck into the new year. 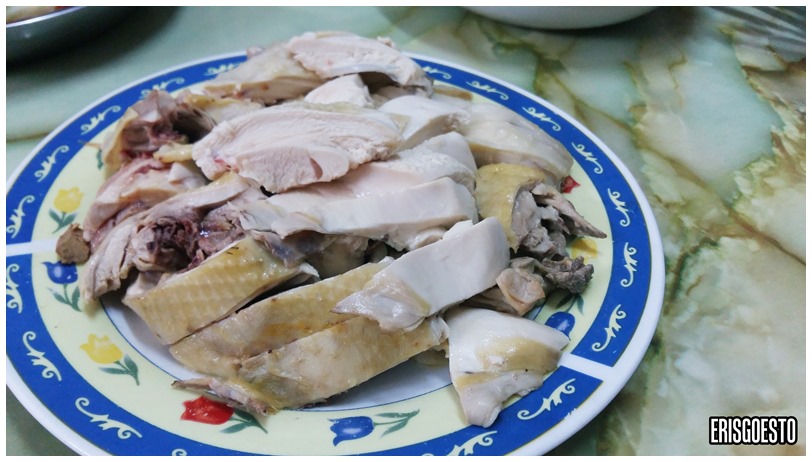 Aside from the Yee Sang, everything else was home made by my aunts 🙂 The poached chicken was done perfectly: tender and juicy, the meat’s flavour was brought out when dipped into a hint of soy sauce. 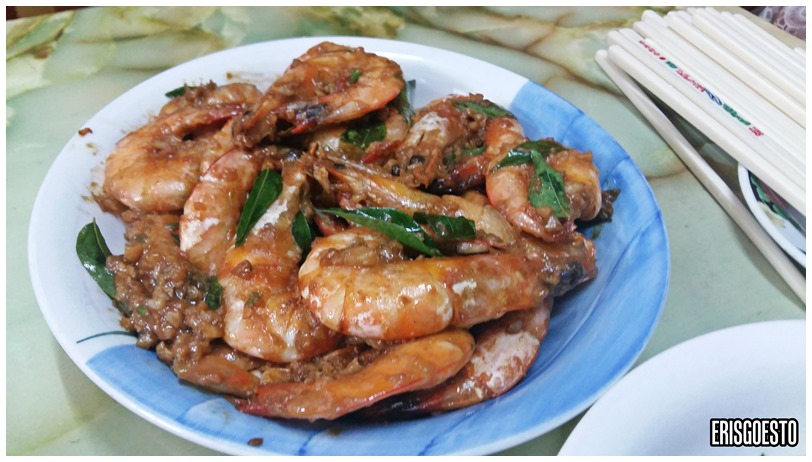 Shrimp is another dish that is good to have in the new year, because its read as ‘ha’, which sounds like laughter. My aunts cooked them with curry leaves for a fragrant aroma and flavour.

Roast pork belly was salty goodness, with a crisp and crunchy skin. Think of it as Chinese-lechon. 😀

It was also my dad’s/Second uncle’s birthday, so we got them a carrot cake. 🙂

How was your CNY reunion dinner? Hope you had a good one!