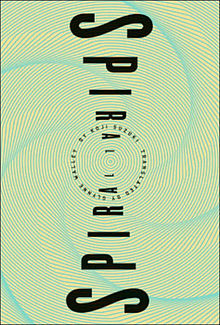 Remember that creepy chick who crawled out of the well, through the TV set and straight into our nightmares? The Ring wreaked havoc on an entire generation in the 1990s – kids (or at least, me) were afraid to turn on their TV sets in fear that the long haired woman with extremely clean clothes (I wonder what cleaning agent she uses?)would appear and lead them to die a horrible death. The movie ushered in a whole generation of Japanese horror that was creepy and brilliant, relying more on psychological horror and fear of the unknown over jumpscares, busty blondes being stabbed, and gore.

But before the film, there was… the book. Ring was the first of a series of novels by Koji Suzuki, where Sadako(aforementioned creepy chick) curses anyone who watches her videotape, dooming them to die horribly a week after.

I read the first book a couple of years back, and it was scary – way scarier than the movie, I must say. It was a great piece of horror, praised as ‘combining Haruki Murakami with Stephen King’. You can read my read my review here.

In Ring, journalist Kazuyuki Asakawa investigates a series of mysterious deaths where the victims appeared to have died from no apparent cause at the same time. This leads him to a videotape containing weird footage, which claims that he will die within 7 days if he doesn’t follow instructions at the end of the tape – but it has been erased as a joke by the earlier victims. Racing against time, he enlists help from his friend Ryuji Takayama to unravel the curse. They discover that the footage was imprinted by psychic Sadako Yamamura, whose hatred from being raped and murdered was channeled into the tape. Towards the end of the novel, it seems that the pair have unraveled the mystery, followed Sadako’s wishes and laid her body (which was thrown into a well) to rest.

The last few pages show that this was not the case at all. Ryuji dies, while Asakawa lives. Realising that the key to unravel the curse is to make a copy of the tape, Asakawa races to show two other people the cursed tape in order to save his wife and child, both of whom had watched the tape out of curiousity. The novel ends….

I recently got the second book in the series, Spiral, which picks up where the first left off. Can it live up to the first ?

Coroner Ando Mitsuo is struggling to lead a normal life after the death of his son by drowning and divorce from his wife. It is then that the body of his ex classmate Ryuji is discovered, dead from mysterious circumstances. Ando and his colleague Miyashita discover a tumour as the cause of death, with symptoms similar to smallpox (now extinct). During the autopsy, a piece of newspaper comes out of the suture, with numbers on it. Curious, Ando deciphers them and discover the code ‘Ring’. This leads him to Ryuji’s former assistant and lover, Mai Takano. In search for answers, the two strike up a friendship.

Unbeknownst to Ando, Mai watches the copy of the tape left at Ryuji’s home and is infected with the Ring virus. She then disappears. Unable to find her, Ando continues digging deeper into the mystery, and discovers a copy of The Ring, written by Asakawa as a report, which details the entire incidence. He discovers that Asakawa, while not dead, has become catatonic after a car crash, where his wife and daughter are found dead from the curse despite him copying the tapes and showing them to someone else.

Too late, he discovers that the curse has mutated from video tape into Asakawa’s report, and that he has been infected with the curse after reading it. During this mutation, the characteristics of the curse changed, which meant that he did not die within the week. But the virus and Sadako has other plans – not just for Asakawa, but for the entire human race which might lead it to its extinction. Worst still, the report will be published as a novel and made into film and adapted to various media, which makes it virtally unstoppable…

Spiral starts off differently from Ring. In the first novel, fear radiated off the first few pages instantly as we witness the last moments of one of Sadako’s victims, before we are gradually eased into the story.

Spiral, on the other hand, starts off with Ando, giving us a background of his broken personal life, and his gradual ‘spiral’ into the mystery – first as an observer and later his increasing involvement which endangers his life. However, it builds tension brilliantly, as the reader flips page after page wondering what comes next. Is Mai alive? What is the true nature of Sadako’s mutated curse? The novel plays on psychological fears with simple but effective prose : I felt my hairs standing on end while reading some parts in a quiet room alone at night.

A main characteristic shared by the protagonists in both novels is curiosity. Just like Pandora, Asakawa and Ando can’t help but search for answers until the bitter end. And like the ‘heroes’ in our story, the curious reader has to finish the novel in spite of ourselves.