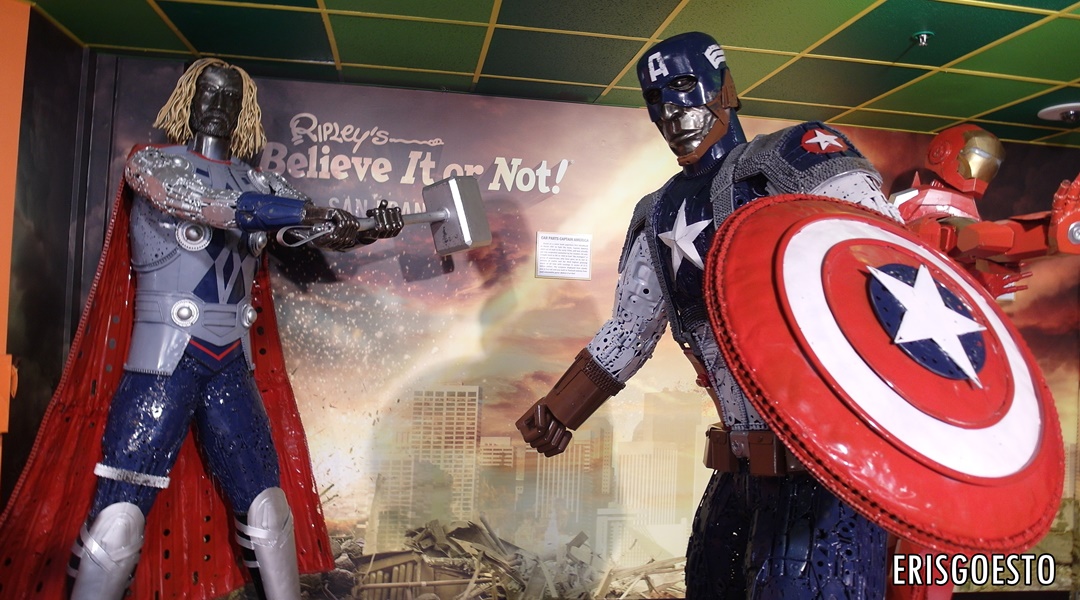 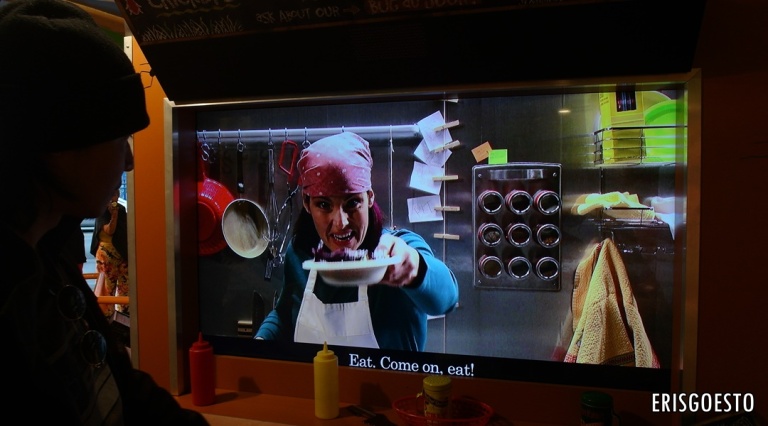 I grew up on a steady diet of bizarre facts narrated by Dean Cain, so it was nice to pop into the Ripley’s Believe it Or Not Museum at Fisherman’s Wharf, San Francisco.  It is housed in a narrow three-storey building that looks plain on the outside but is quite spacious on the inside. The place looks old though – it has that dusty, musky smell of rotting wood and silverfish infested books that are the signature of old museums.

To those who have never encountered the Ripley’s franchise, Believe it or Not was founded by American entrepreneur Robert Ripley, and deals with bizarre items and events. The concept was so popular it was adapted to radio, TV, books and museums. 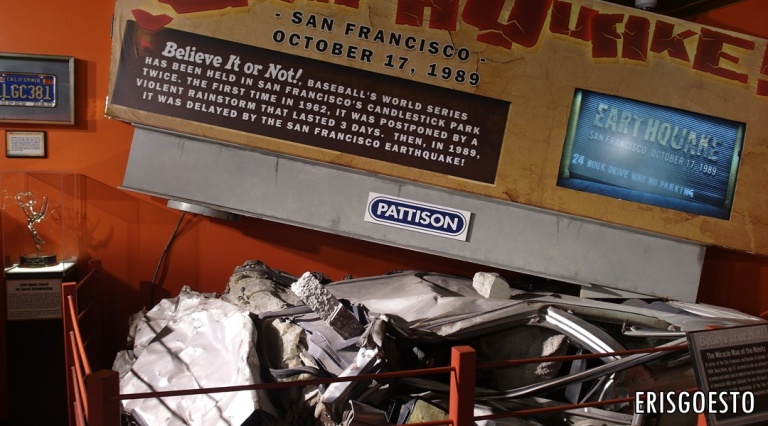 Random facts and exhibits sit at the entrance to entice the curious onlooker, even before we paid for our tickets. 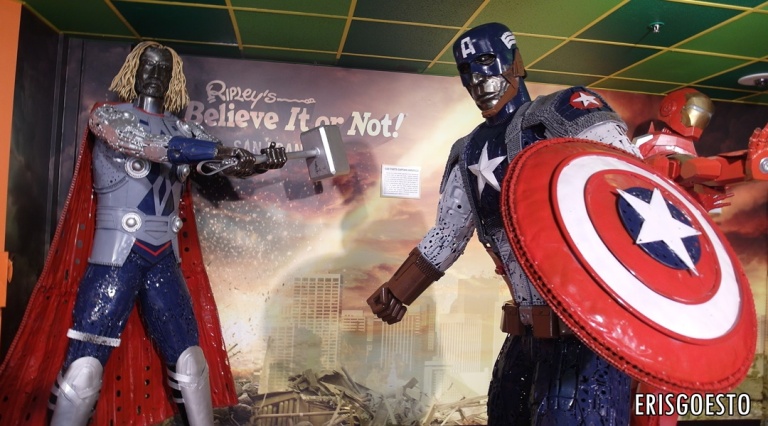 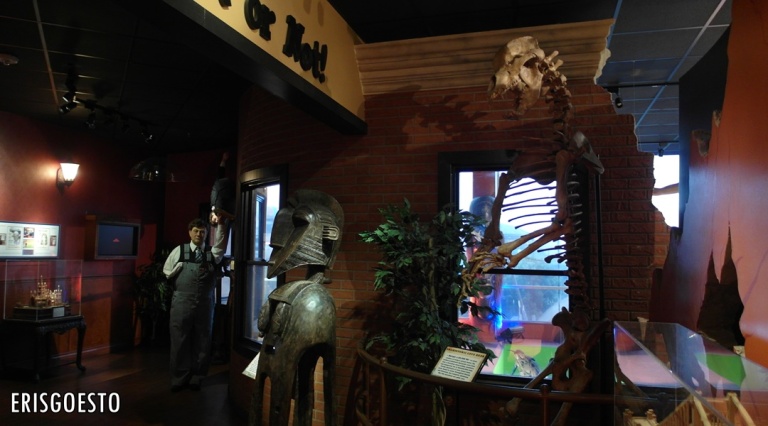 The place was empty, even though the streets outside were full of people. That’s for the best though – we took our time looking and reading up on the exhibits. When I was a kid, I used to swallow all the ‘Believe It’ stuff hook, line and sinker…but now that I’m older some of the claims seem quite outrageous. As PT Barnum once said… “A sucker is born every minute.” 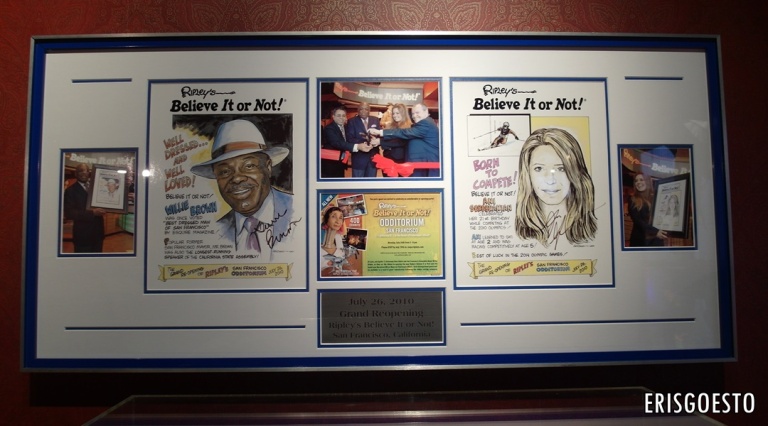 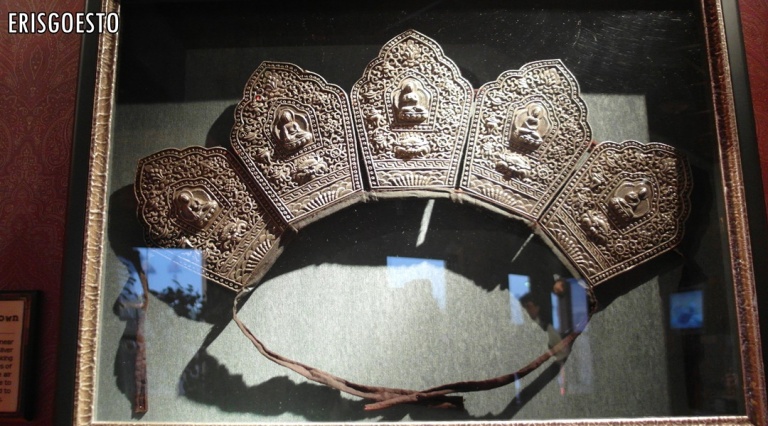 An ‘authentic’ headdress from Tibet, apparently used by their priests. I like how the labels always say that the stuff is “real/authentic” and yet they put them in simple glass cases with no protection whatsoever. lol 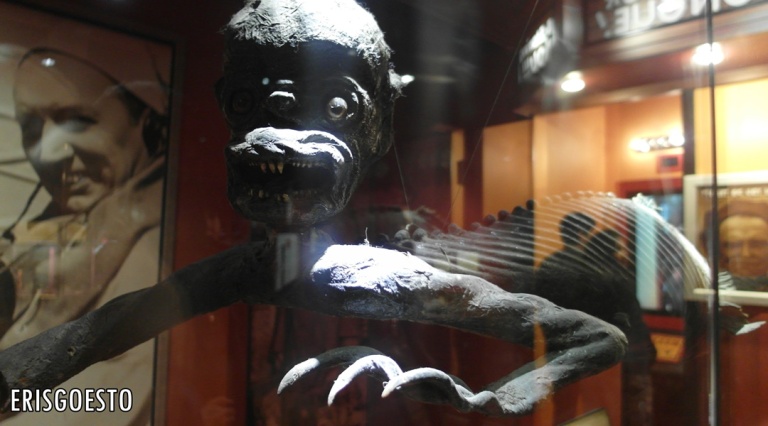 The Fiji Mermaid, which had everyone in the early 1800s fooled into believing a monkey torso sewn onto a fish tail was an actual mermaid. 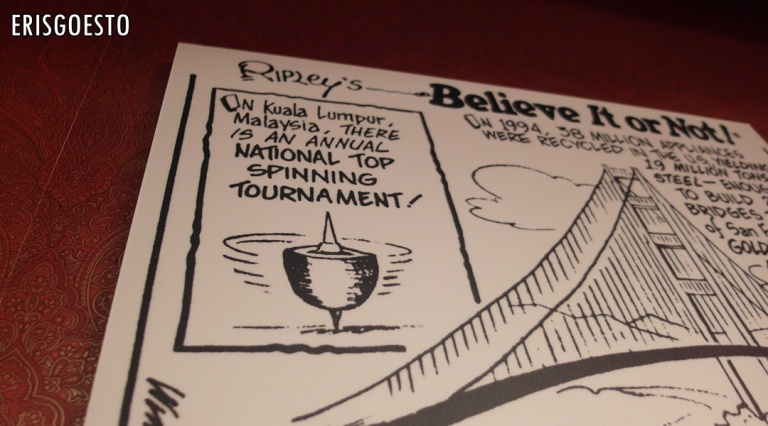 Oh look, my city gets a special mention

Tbh, I don’t even know if KL has annual spinning tournament. I’ve certainly never seen one nor read it in the news. Or maybe they’ve just discontinued it after this info was put up. 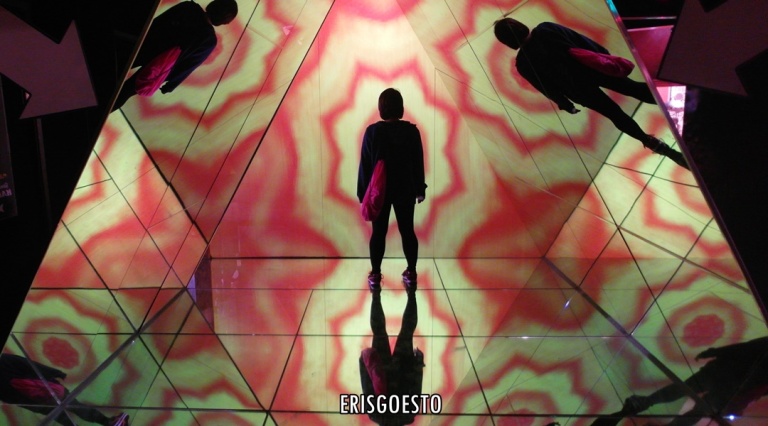 A funky tunnel made to look like a periscope. 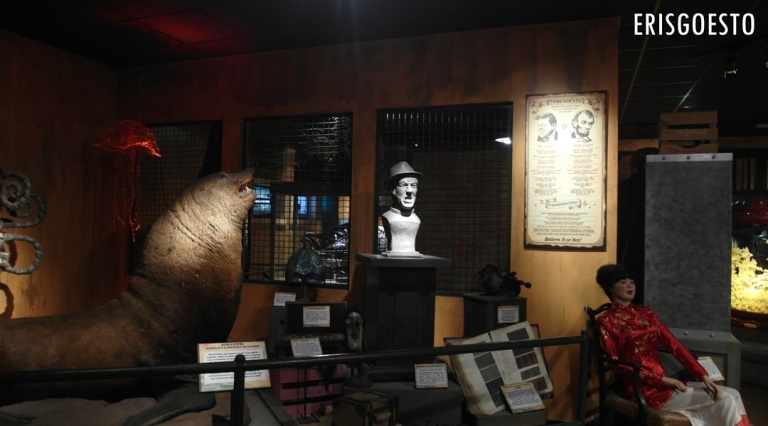 More exhibits. It was interesting to look at and read up on, but as how odditoriums go, take everything with a pinch of salt. 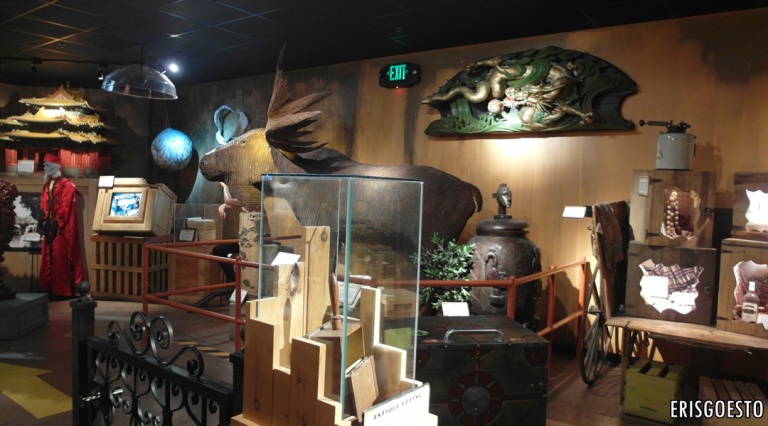 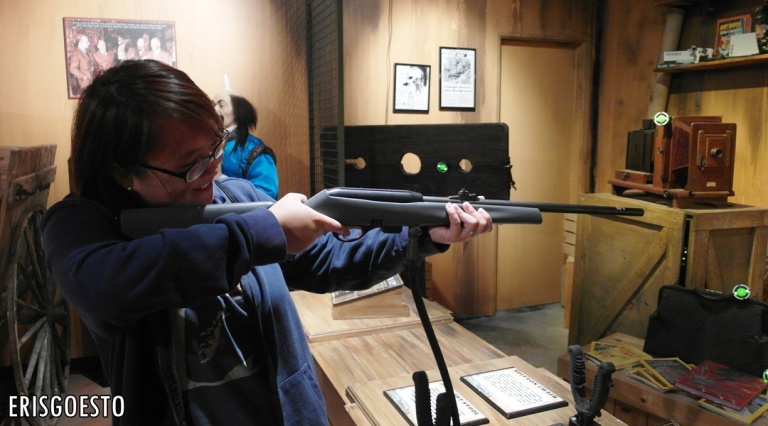 Why you should never trust me with a gun. 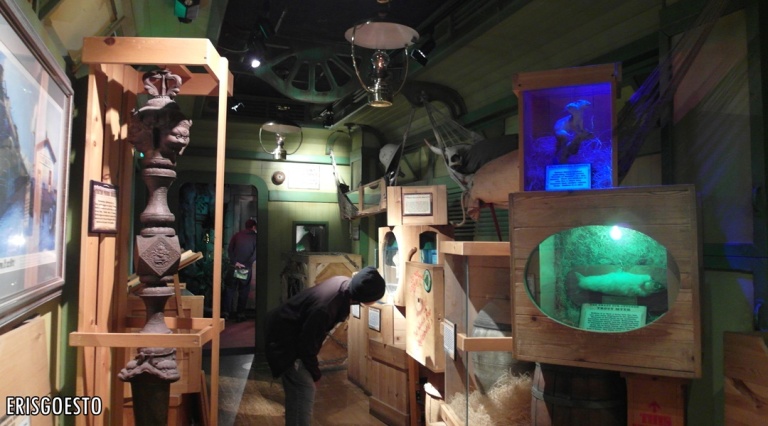 An earthquake simulation room which moved at intervals. 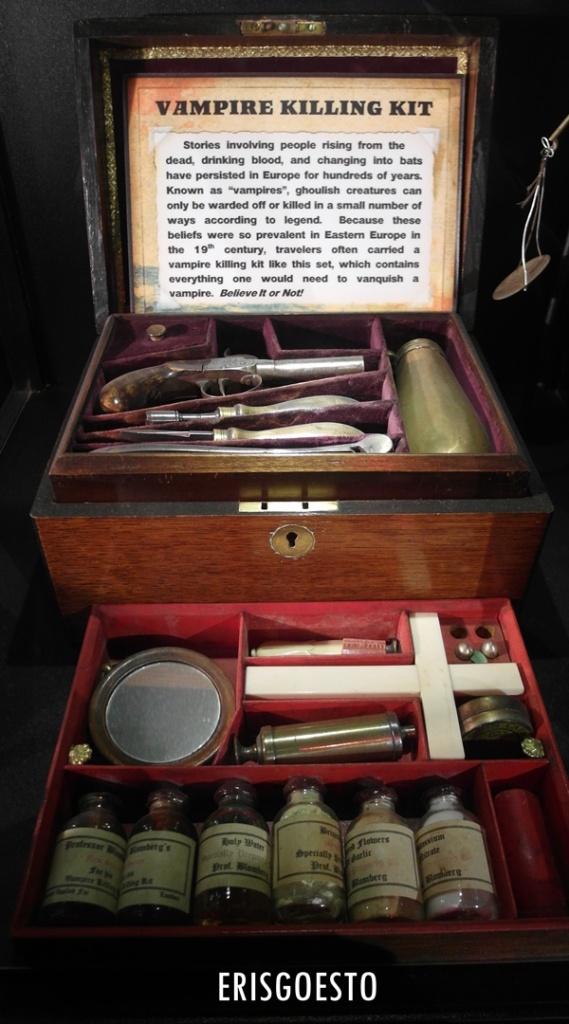 Our Malaysian university can give the creator of the vampire killing kit a run for their money with our own anti hysteria kit. 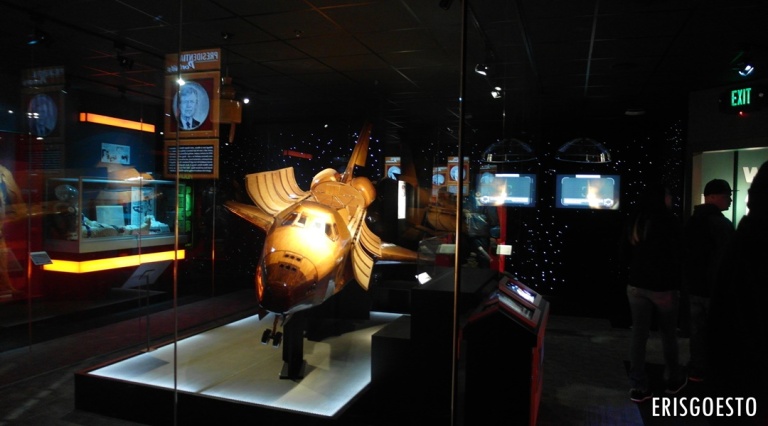 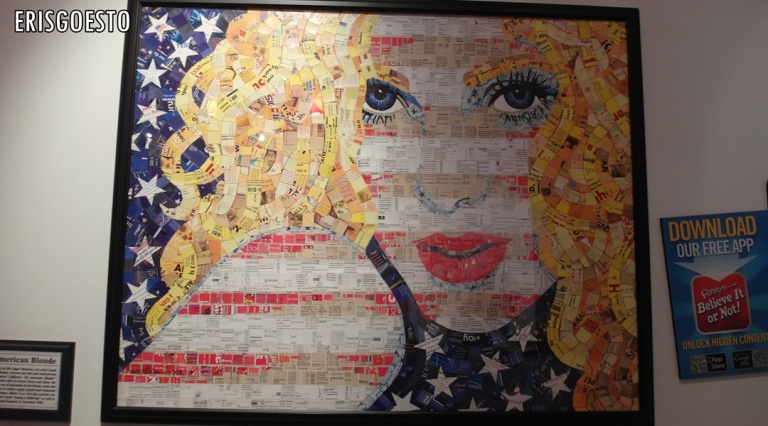 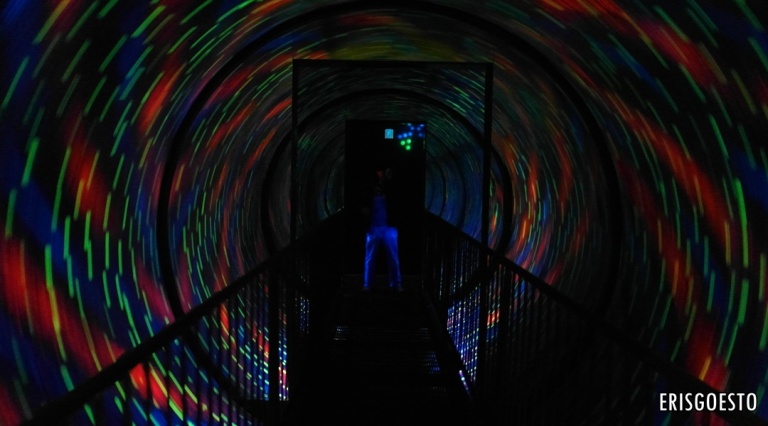 Spinning psychedelic tunnel had us all dizzy in our tracks. 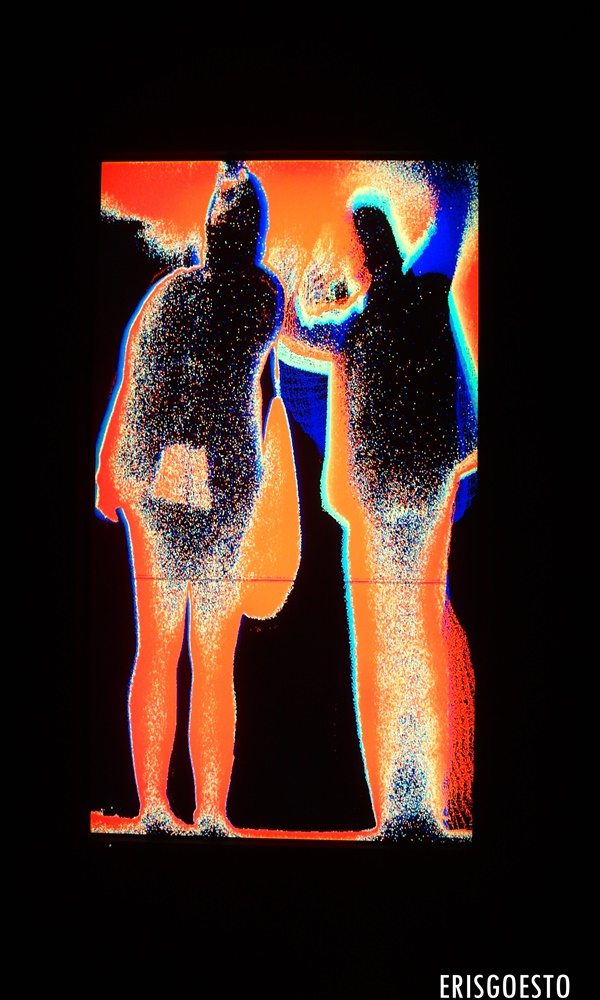 There’s this funny thing when you first step into the museum. A mirror asks you to stick your tongue out at it as part of an experiment. Naturally, the visitor would do so. Andddd the funny part comes much later, when you’re almost at the exit and realise that it was a one-way mirror!

Ripley’s was fun to visit, but I think it needs an upgrade because the exhibits are old and static. There is a laser tag and mirror maze at the exit but you have to pay separately for that.

RIPLEY’S BELIEVE IT OR NOT ODDITORIUM