*This post was originally published in April 2012 on an old blog. I am gradually migrating some of the content over to this site, and will backdate them once I’ve got things sorted out. (I’ve also added in some updated info). In the meantime, enjoy!

This is a long overdue post. I’ve been lazy busy with stuff at the magazine. Amidst the crazy hustle and bustle of work and saving up for my big Euro trip, I took the weekend off for some well-deserved R&R, far away from the concrete jungles and smoke fumes. Sounds cliche, but never underestimate what an island getaway can do for you. Langkawi it is! 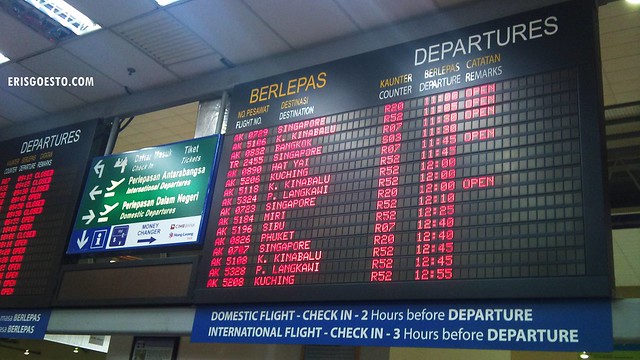 Departing from the LCCT.

I was feeling really tired for some reason and dozed off right after takeoff. Regretted this immensely after getting off the plane and vowed to stay awake throughout the rest of the flight during the return journey. 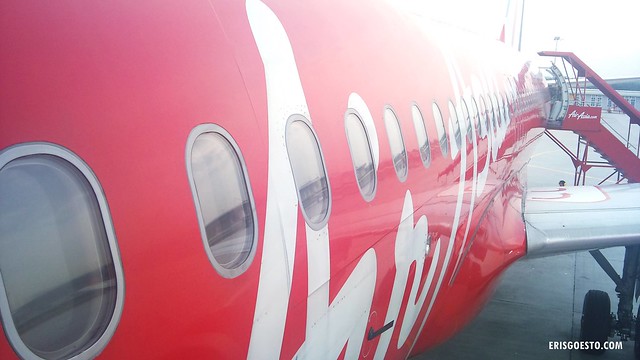 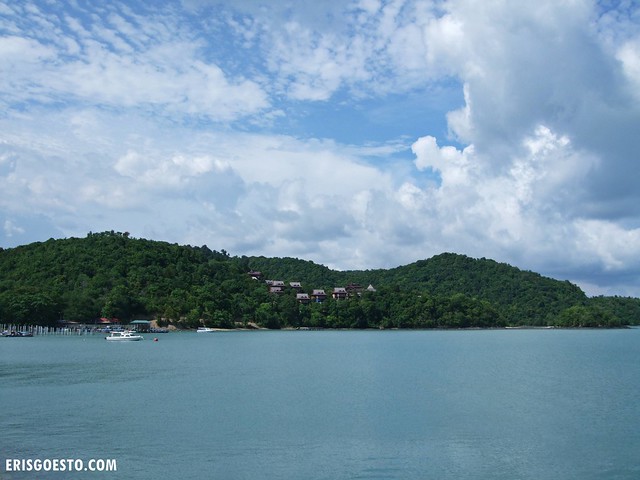 Located far to the north of the Malaysian peninsula, Langkawi island is a lush green landscape of hills and bright green paddy fields underneath an almost unearthly bright blue sky, with an equally bright blue ocean reflecting it. The name of the island derives from Malay, Lang(eagle) and Kawi (a type of stone).

It has been over 17 years since I last stepped foot here, but from the looks of it, this scenic cluster of islands has not changed much. It still exudes the sleepy feeling of an island town where tourism is the main activity, where the shops are still quaint-looking and rarely over two storeys tall, where streets are unlit at night and where the biggest shopping mall is approximately the size of a Hypermart here in KL.

One thing I remember clearly from my visit all those years ago was seeing an eagle fly by Eagle Square. It was the first time I had seen one, and the way it beat its wings majestically as it soared through the air struck me, even as a child, with the same feeling as I feel now whenever I’m in beautiful places. That feeling where your heart seems to burst with emotion and how blessed you are to be witnessing all this breathtaking beauty. 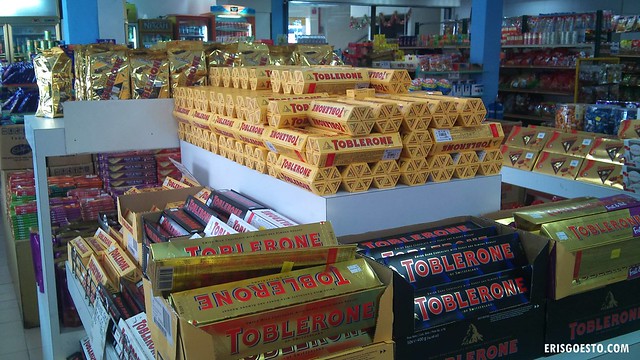 We rented a modest Proton Wira for three days to get around. Much easier and cheaper than taking a taxi.

The first order of the day was to go raid the chocolate shops. Chocolates, liquor and cigarettes are duty-free in every shop on Langkawi island, and you will see tourists buying a whole luggage-full of stuff to bring home. I mean, six sticks of assorted flavoured Toblerone bars going for only RM20? A 6-pack of beer for only RM9? Now THAT’s a good deal. 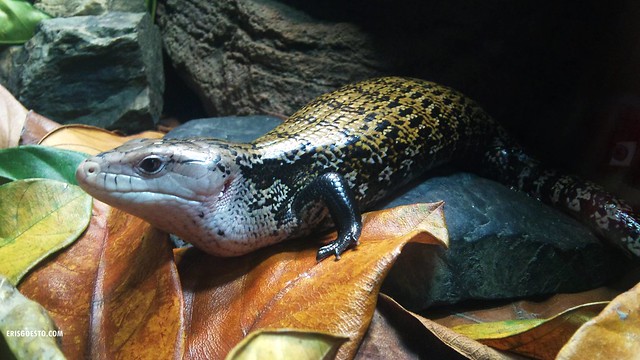 Then it was off to the Langkawi Underwater World.  Spanning six acres, it is the largest aquarium in the country. Entrance is quite pricey at RM28 (*updated price 2020 – RM46), and although the place is quite old (it opened in 1995), it’s pretty well maintained. There are over 200 marine and freshwater fish species at the aquarium, as well as a variety of small animals and even birds. 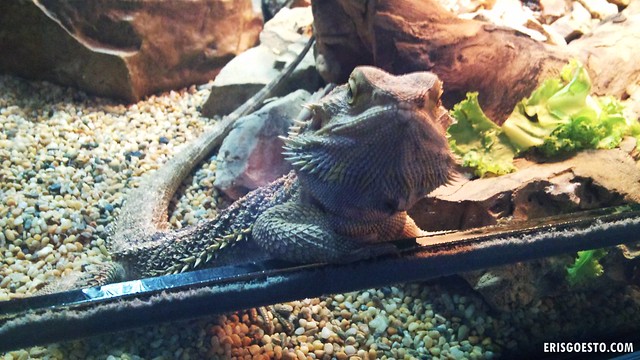 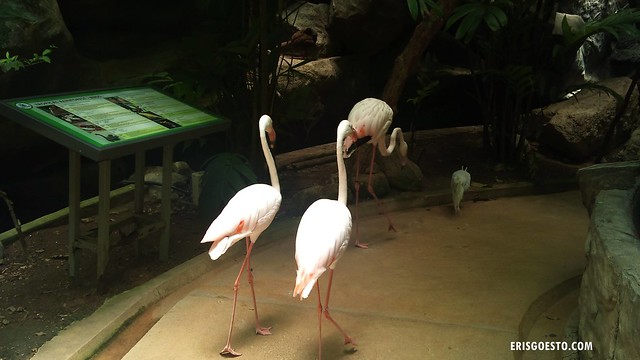 The aviary allows you to walk freely amongst birds, like flamingoes. They seem very used to human presence. 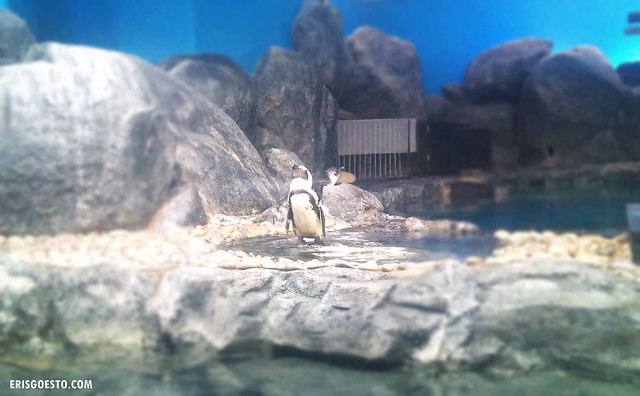 The Sub-Antarctic is home to cute penguins. At the Adelie penguins enclosure, I saw this penguin standing perfectly still, gazing up into the white lights. It kind of reminded me of the scene from Happy Feet where the hero penguin gets caught and after a while got stoned as the rest of them because they were stuck inside their cages for, well, literally, forever. Just waiting for feeding time, standing around, swimming in that confined little space with no hope of ever leaving. Some might even be born here and never know that beyond these walls, there is a place where columns of ice are as large as titans, where their kind fished and swam freely in the oceans. It’s a sad existence. I felt rather sorry for them. I feel that animals should be free, but at the same time, there is educational value in zoos and conservation centres – although many of these are mismanaged which causes some of the animals to suffer. 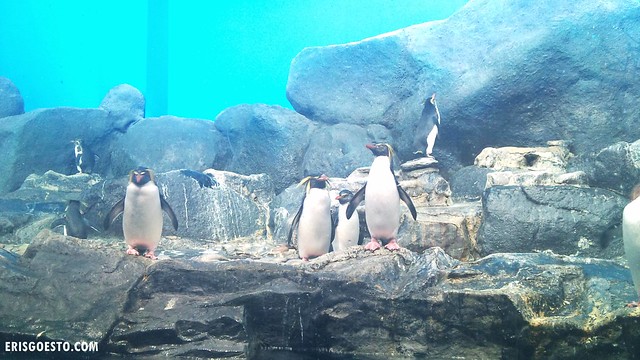 The rockhopper penguins were much more aggressive. They swam faster, were more active and dove into the water quite often to swim, before leaping up again. 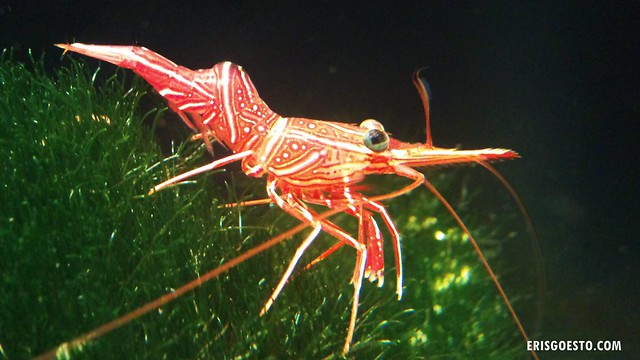 Moving on to the aquarium proper, which houses plenty of sea life. The highlight of the section is a 15-metre ‘underwater’ tunnel that you can walk through, which has sharks, turtles and giant stingrays. 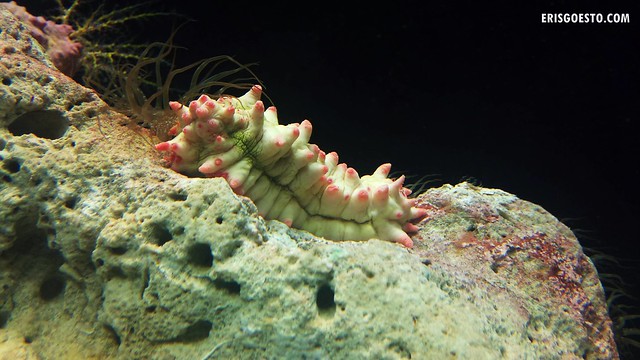 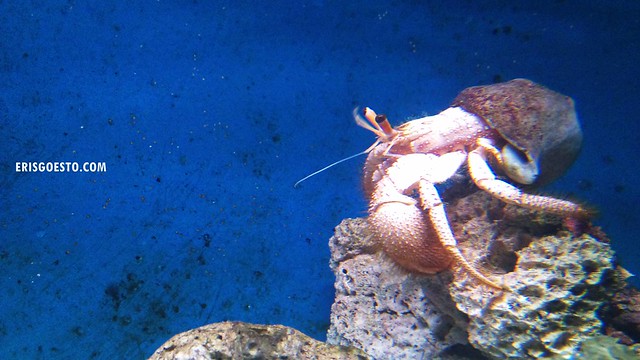 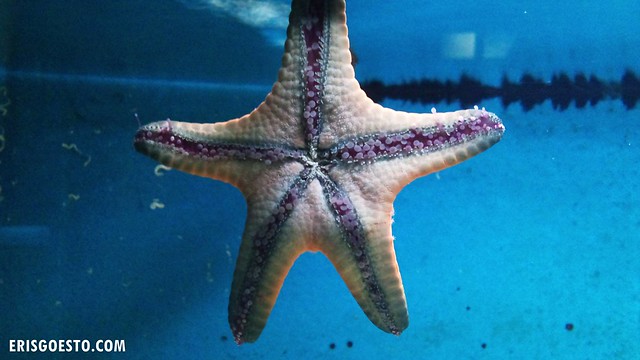 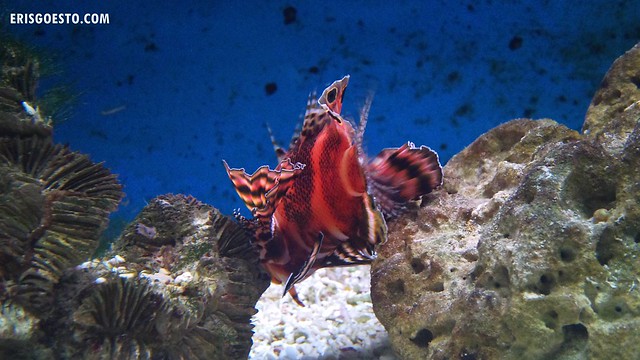 A Fu Manchu fish, so called because of the tiny ‘moustache’ it has on its face. It showed me its butt when I tried to take a photo. 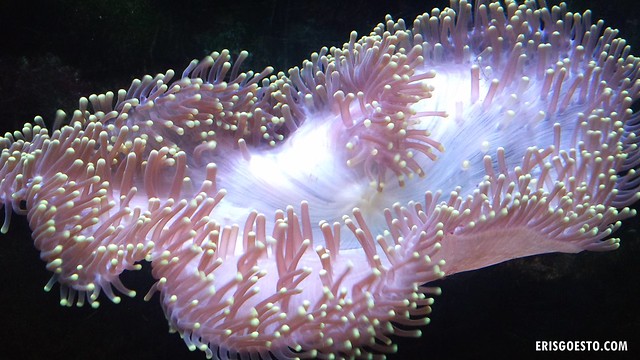 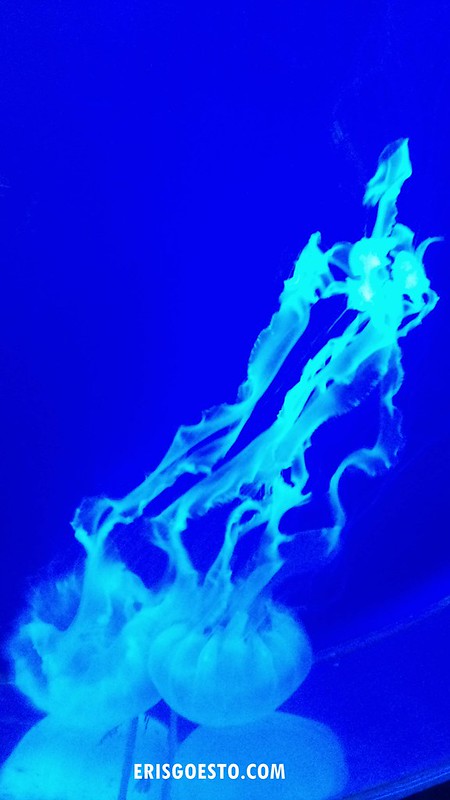 Aside from the marine and wildlife, there is an educational centre and 3D theatre, as well as a cafeteria within the premises.

All in all, the Langkawi Underwater World is a family-friendly attraction where you can enjoy a couple of hours of educational fun. A worthwhile stop if you’re in the Pantai Cenang area.