My laptop’s keyboard has been acting up for the last couple of weeks, so it has been difficult to write blog posts.  Hopefully, I’ll be able to get it sorted out in a few days (but it also means added expenses. huhu).

I’ve been meaning to update on my new office space, which we moved to a couple of weeks ago. It’s a co-working space called WORQ TTDI, which is located within a (dead) mall called Glo Damansara. Distance-wise, it’s a bit further away from where I live, but I think it’s still manageable since we aren’t back to regular hours yet and I can still avoid traffic. 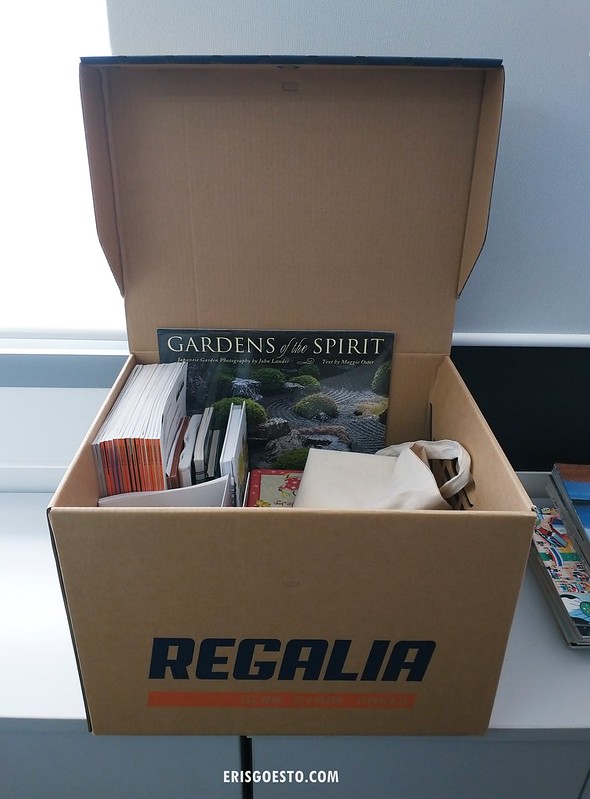 Just before the Raya holidays, my colleagues and I went to pack up all our stuff at the old office and say goodbye to the place for the last time. It was bittersweet. It felt like it was not too long ago when I first joined the company. I even remember my first day, nervously sitting at the lobby of the building, where they have these wooden planks, long benches, pebbled flooring and a couple of trees, waiting for the office to open at 9.30am. Awkward introductions with colleagues. Then, the late nights we spent doing overtime to meet deadlines. Celebratory KFC lunches. Coordinating my first magazine in the role of deputy editor. Tears (I had a meltdown once in front of my boss, lol). Laughter. So many memories. Some of my (ex) colleagues aren’t even with us anymore due to the economic downturn. I was one of the ‘lucky’ ones. For how long remains to be seen, but I’m just glad to still have work at the moment when so many others don’t. 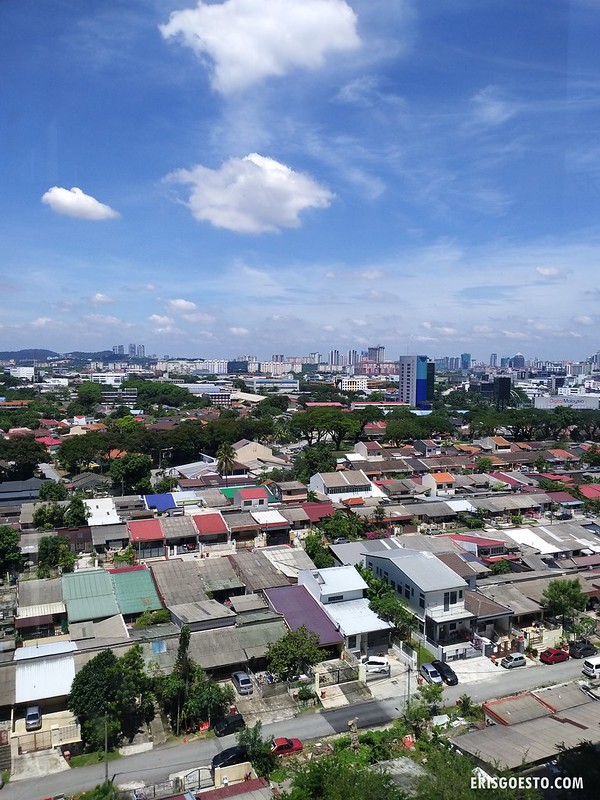 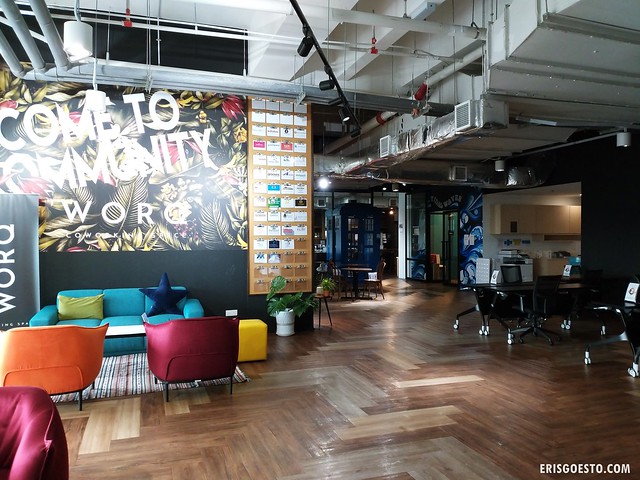 While I was sad to bid adieu to my old office space, I was also quite excited to move into a new one. Moving to a co-working space where you get lots of different people might not seem like the best thing right now, but the decision was done before the whole pandemic thing (tenancy at old office ending + cost reasons), and so far, we’ve had no reason to worry. The space is still pretty empty at the moment as many are still working from home, and I think it’s big enough to implement social distancing measures. (Above) The main area is cosy and has several couches, tall tables and work desks where you can sit freely. It’s also a good place to have a casual chat with clients or visitors, who are allowed in for a maximum of 3 hours, after which they are required to purchase a day pass. 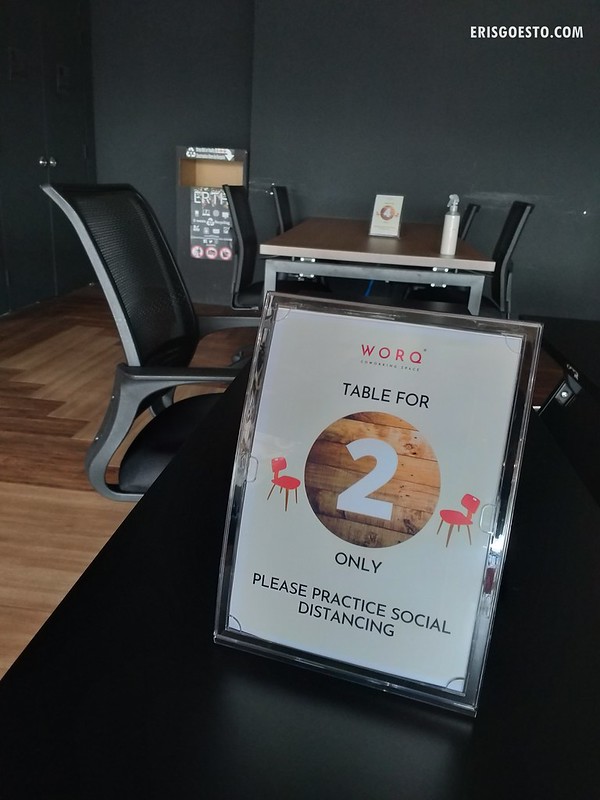 There are several tiers to choose from; namely the Hot Desk which allows you to sit at any desk in the open area, (RM400/month), Dedicated Desk where you get your own desk and lockable cabinet (RM700/month), and private suite (RM700/month). As suite subscribers, we get to sit at the hot desk seats if we want a change of scenery. 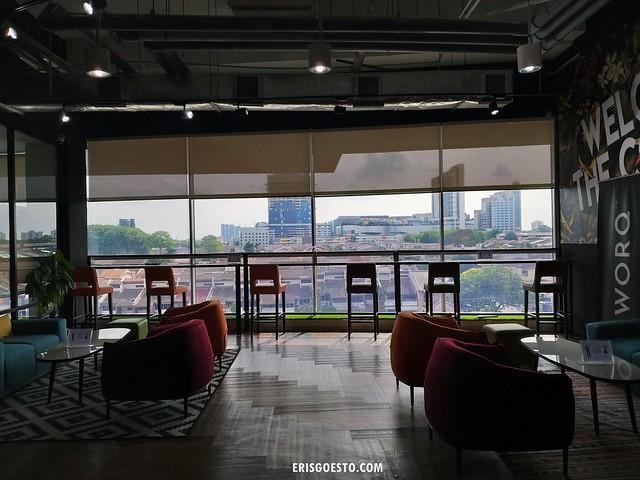 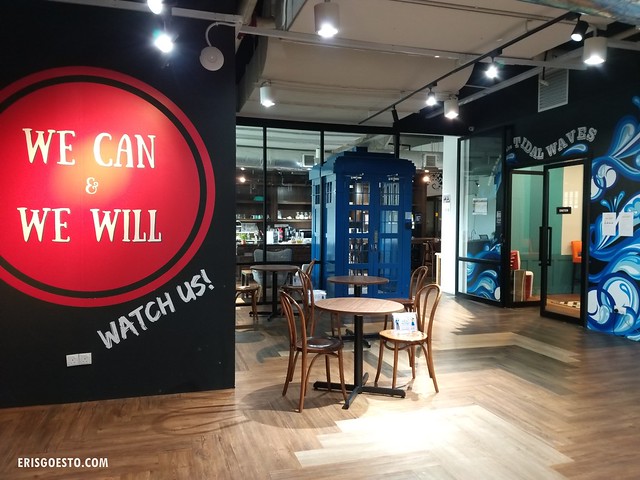 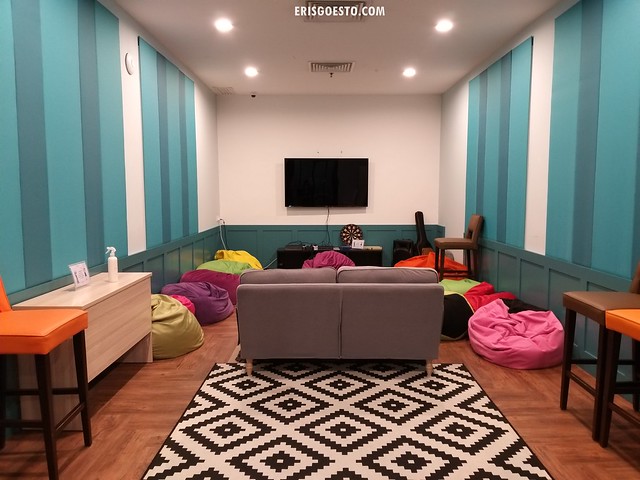 There’s a games room with lots of cosy pouffes where you can let off some steam… although I think not many people would want to touch stuff inside rn. There’s a dartboard, board games, a Playstation (but they only have football games :(, and even a guitar. It will be a lively place to socialise once the pandemic winds down. 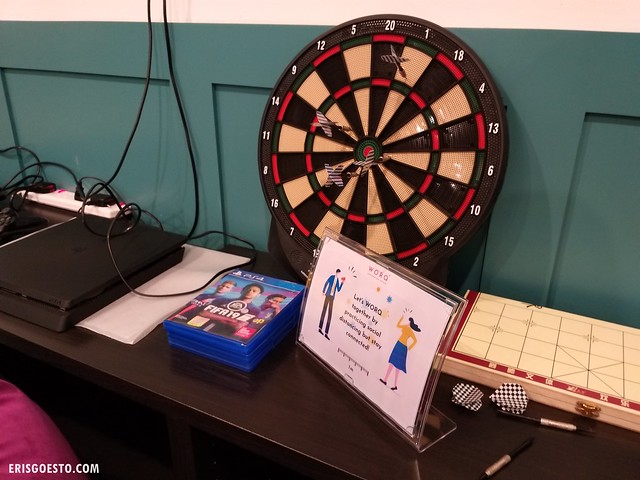 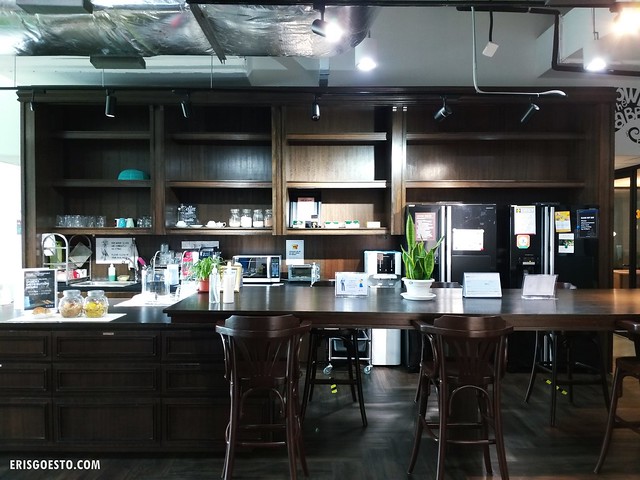 The pantry is another common area, and comes equipped with two refrigerators, a water dispenser and microwave – although I’m a bit apprehensive about using the appliances since they’re shared among so many people. There is another pantry near the entrance. 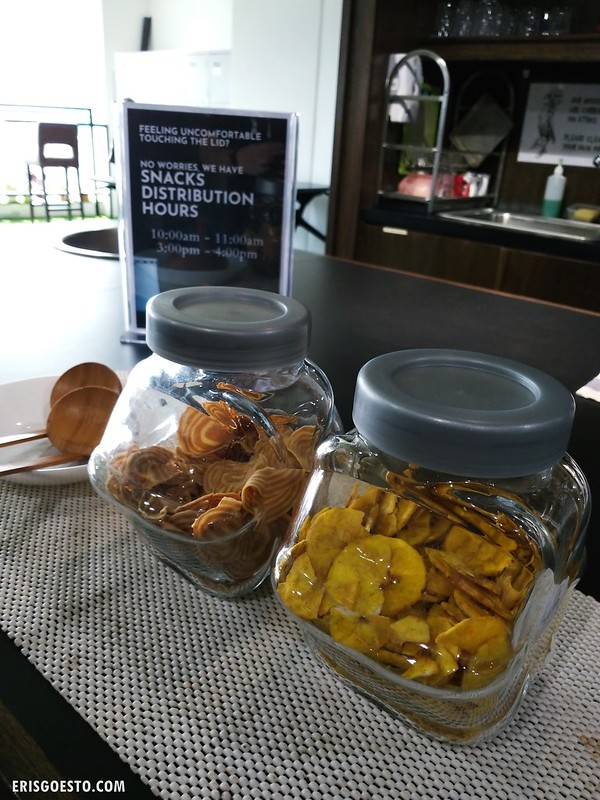 They have snack hour where they hand out snacks to the offices, or you can just help yourself to some goodies. 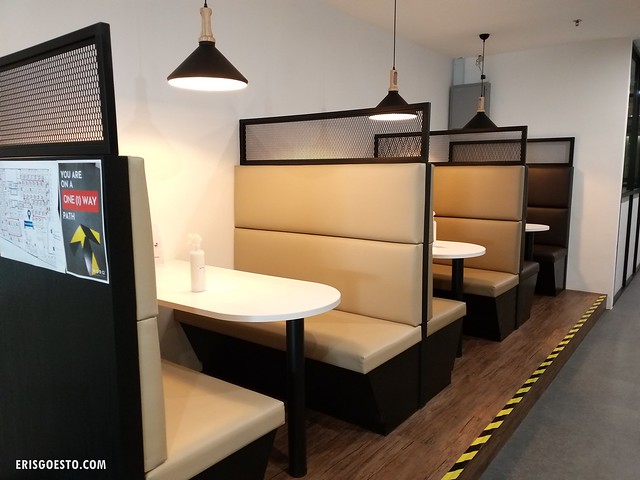 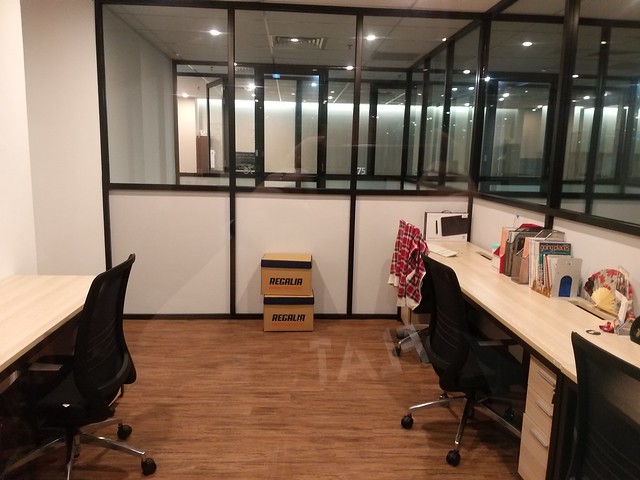 The suites are basically a bunch of cubicles with glass walls, which can be rather distracting if there’s a good looking dude a few offices away from yours. (Above) Our suite before we moved the rest of the stuff in. Now there’s a big ass cupboard in the corner, a couple of monitors and numerous boxes, so it feels a little cramped. 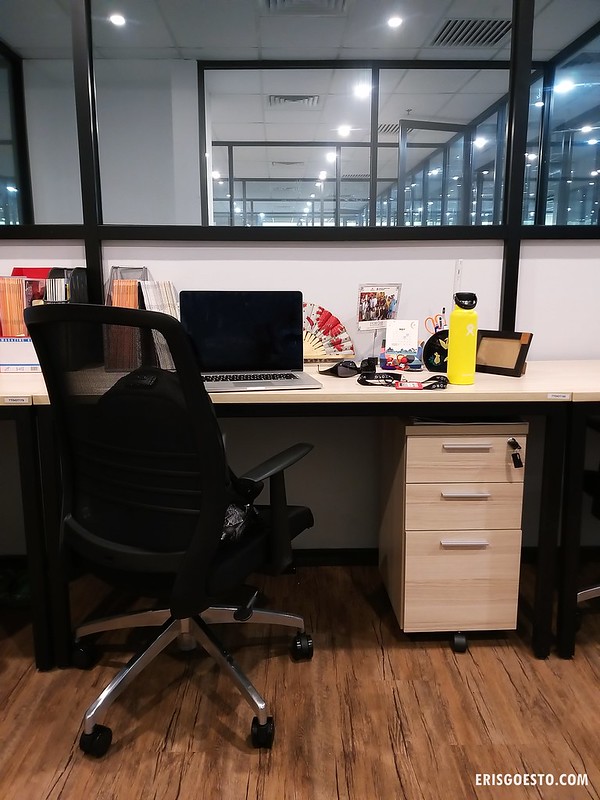 Customising my space. I also have a big Apple Monitor (not pictured).

The tables are honestly a bit narrow so there’s barely enough space for me to put my things (my desk is always cluttered), but can’t really complain.

Other than these, the space has facilities such as a small gym, printing and scanning machines, reception area and meeting rooms (you can rent them for ‘credit’, which you get a set amount of monthly depending on your tier). There are also regular networking sessions, although these have been put on hold for now as gatherings are not allowed.

I read an article about how co working spaces might see a surge in subscribers in the months to come, as some companies may be looking at downsizing, and co working spaces offer a cheaper option. That, or people will continue their work from home arrangement (although not everyone has a conducive environment for wfh – especially if you have young kids).