Hey guys. It’s currently Day 55 of the Movement Control Order here in Malaysia. Coincidentally, it’s also a public holiday, so I’d like to wish Selamat Menyambut Nuzul Al-Quran to all my Muslim friends! (Nuzul Al-Quran is a day to commemorate Prophet Muhammad’s first revelation of the Quran from the angel Gabriel).

Coming back to quarantine measures in Malaysia, most sectors of the economy were reopened on May 4, although the MCO (now it’s called CMCO – Conditional Movement Control Order) has been extended to June 9. Not sure how that’ll work out since everyone is already out and about. Before, there were roadblocks where they were pretty strict and would turn you back if you couldn’t give a valid reason as to why you’re on the road – now there are literally no roadblocks, and if you’re stopped, people would just be like ‘Meh I’m going to work’.

There *are* a few restrictions, eg no interstate travel, no barbershops, no hair salons – but things are confusing and the situation isn’t helped by incompetent politicians giving conflicting statements. Our Health DG tells people to wear masks, but then a clown comes out to say that businesses aren’t allowed to stop people from going into their establishment, even if they don’t wear masks. Stop undermining the good work that our Health DG, front liners and the Health Ministry is doing, dumbasses!

Hari Raya Aidilfitri is coming up and visiting is apparently still allowed – with the condition that any gathering is no more than 20 people. First of all, how are you going to enforce this rule? Second, a group of 20 people is still pretty large if you’re in a terraced house or condo – so how are you going to implement social distancing?  In an ideal world, everyone would be disciplined and follow all the rules – but you can’t trust people to do their own social distancing, as I have experienced countless times while out doing grocery shopping. It takes all my patience to not start yelling at these idiots to observe. social. distancing. Sometimes they even yell back at you even though they’re in the wrong oh Lord Buddha give me patience lol. 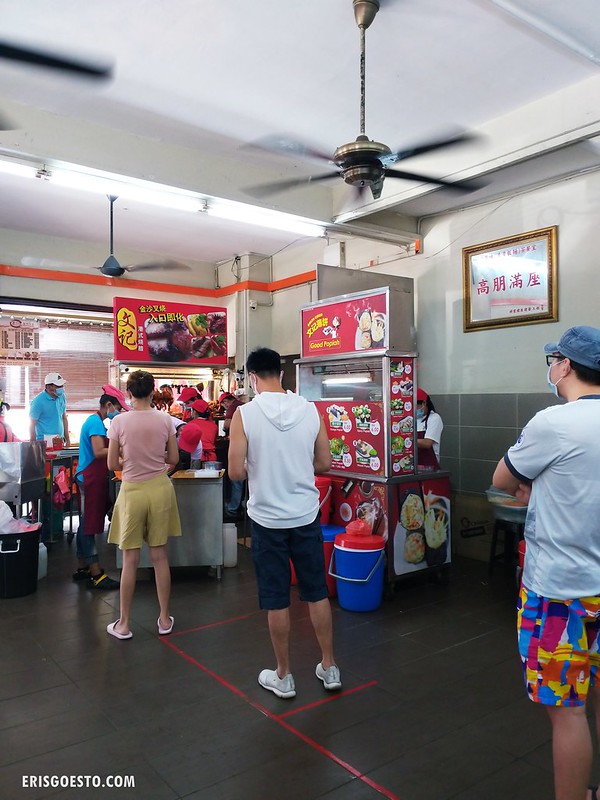 BUT. I do give it up to some restaurants and businesses for implementing their own social distancing measures. Keep up the good work! The Unique Taste kopitiam at Bandar Puteri Puchong, for example, has a guy at the entrance checking temperatures and ensuring customers sanitise their hands. He controls the number of customers entering the resto. The resto has also cleared out all of its dining tables, so there’s ample space for people to line up for their orders. The ordering system is a tad confusing ie you have to place your order with the respective stalls, then line up at a designated area – but there are no instructions on this so you just have to ask if you’re in the right spot. 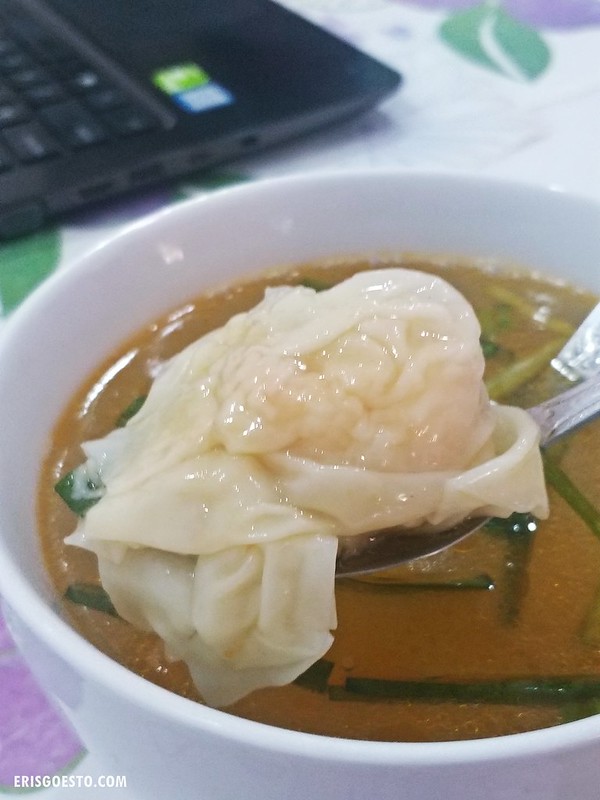 Bought shrimp wontons for takeaway (RM8 – 10 pieces). The stall was really slow at making them; had to wait for close to 30 minutes. The wontons were sizable, and the soup, which they also use as a base for their Ipoh Shredded Chicken Noodles (Gai See Hor Fun) was very tasty.

**You can also get other items such as roast chicken/roast pork rice, popiah and Taiwanese-style braised pork rice from other stalls under the same roof.

Open for breakfast and lunch 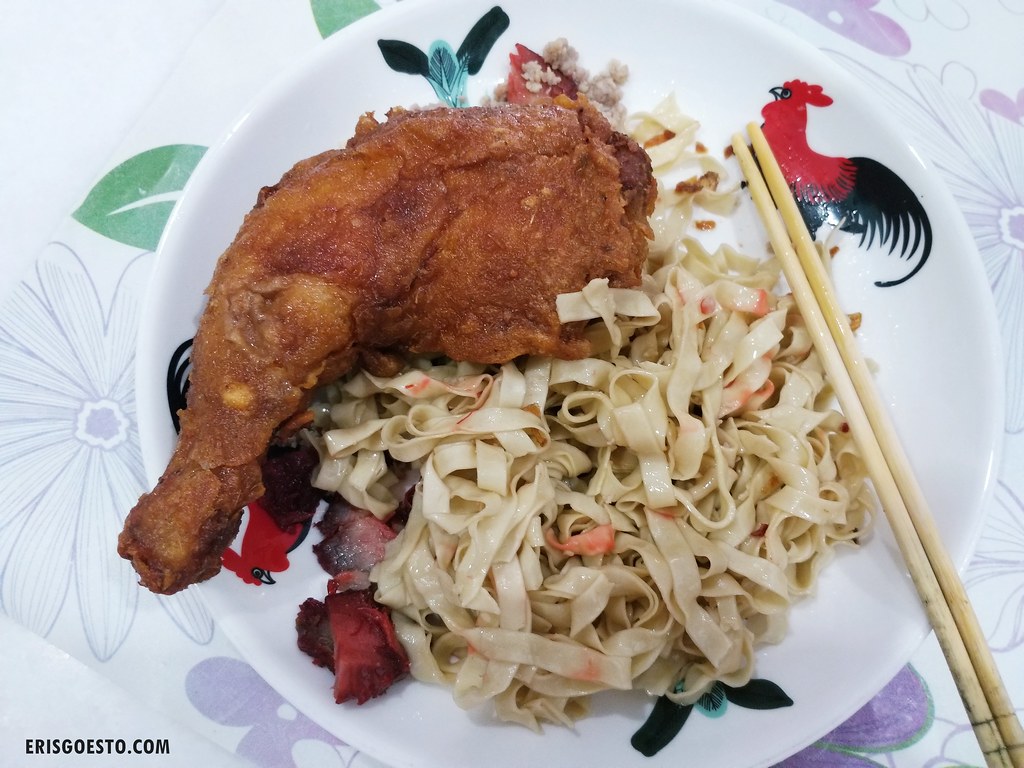 Noodles are Sarawak-style kampua meepok ( a type of flat and wide noodles with an al-dente texture) from SRK Noodle House, and the fried chicken thigh is from Brilliant Nasi Lemak House. Both establishments are in Bandar Puteri Puchong, just a few doors next to each other. If you’re a small eater, I recommend you share the noodles between two people as the portion is massive. As for the side, customers usually get a complete Nasi Lemak meal from the resto, but I was craving noodles so I just ordered an ala-carte fried chicken thigh to pair it with the meepok. It was very juicy and moist on the inside, and the skin remained crispy even after an hour.

2, Jalan Puteri 1/2, Bandar Puteri Puchong, 47100 Puchong, Selangor. PS: Service is better if you order from the foreign workers, rather than the middle-aged Chinese auntie lol. 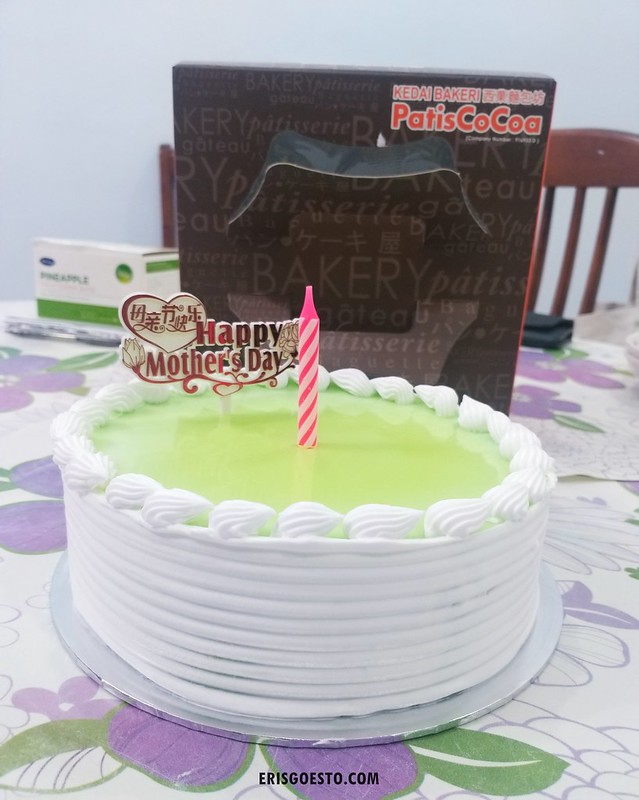 Last Sunday was Mother’s Day! Usually around this time of the year, restos and cafes will be packed with families taking mum out for a fancy lunch / dinner. Not so this year. Bakeries, however, had long queues. I managed to snag a simple half kg pandan cake (RM36)  from Coco Patisserie – it was one of the last ones on the shelf. It wasn’t really planned because I was at the bakery buying bread, and thought it would be a nice gesture to also get a cake lol.

Is the quarantine easing where you currently are? What are some of the measures being implemented as part of the new normal?