I’ve been to a fair number of airports, but none yet have come close to matching Singapore’s Changi. It’s clean, it’s efficient, and it’s a destination in its own right, especially since the 1.3 billion Jewel lifestyle hub opened. Definitely deserving of the World’s Best Airport title, which it has held for seven years straight.

It seems like I’m always pressed for time whenever I’m in Singapore (the last 3 trips were all for work). This trip was no exception, but my designer F and I managed to beat traffic from the city centre to the airport; leaving us with three hours to explore the place. We made a beeline for Jewel Changi, near Terminal 1. 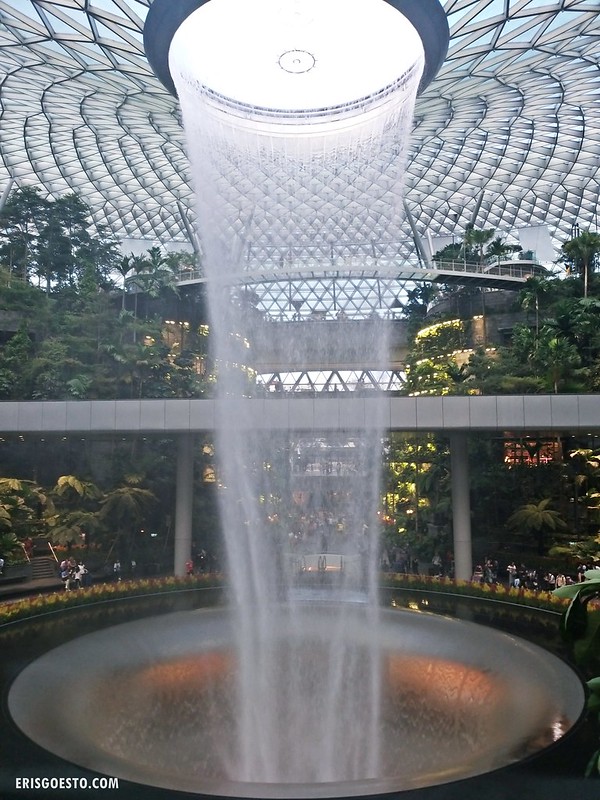 Changi has four terminals, three of which are connected via pedestrian bridges. Our terminal (4) was, unfortunately the only one that warranted a 10-minute bus ride. Free shuttle buses run on a regular schedule so one shouldn’t be too worried unless you somehow get stuck in rush hour traffic.

The main highlight of Jewel Changi is the Rain Vortex, comprising the world’s largest/tallest indoor waterfall at 40 metres high. Officially, they call it a ‘toroid’-shaped roof, but a media colleague once compared it to a part of the human anatomy and now I can’t think of it as anything else (thanks, Roopini! -_-). That aside, the structure is super impressive, featuring 9,000 pieces of glass. 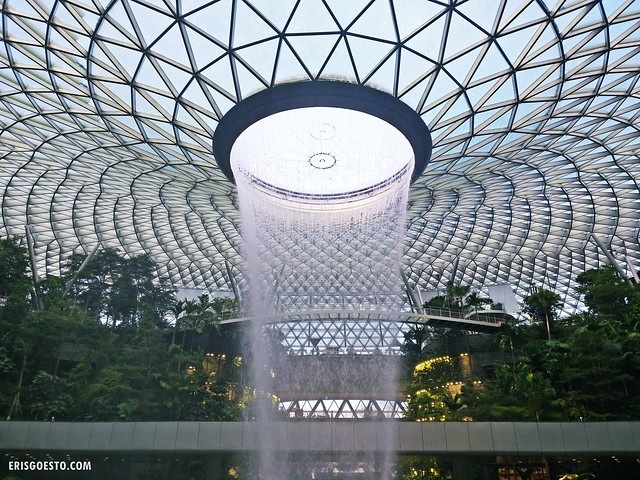 Surrounding the Vortex is the Shiseido Forest Valley, which spans five stories and has over 3,000 trees and 60,000 shrubs. The air can be a little moist and humid when you’re standing around the vortex, and you get the feeling like you’re in a giant indoor tropical rainforest. SkyTrains connecting the different terminals run on elevated tracks right next to the vortex – it looks like a scene from a futuristic dystopian novel, imo. 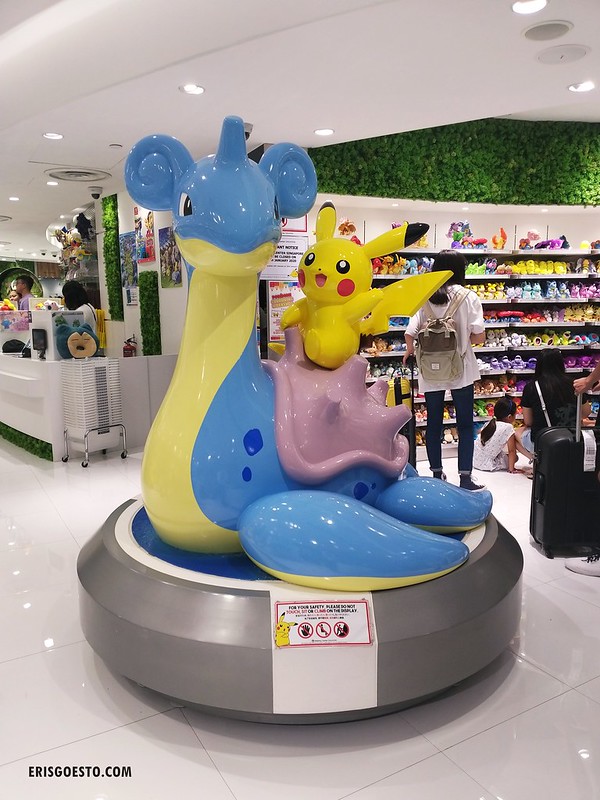 F and I went to check out the Pokemon Centre on Level 4 (the first outside of Japan!). It was filled with the most adorable plushies and Pokemon paraphernalia ever. I haven’t been following new gen Pokemon after Johto League, but it was nice to see familiar classics like Pikachu, Bulbasaur, Jigglypuff and the like.

Take a selfie with the Pikachu riding a Lapras at the store entrance! 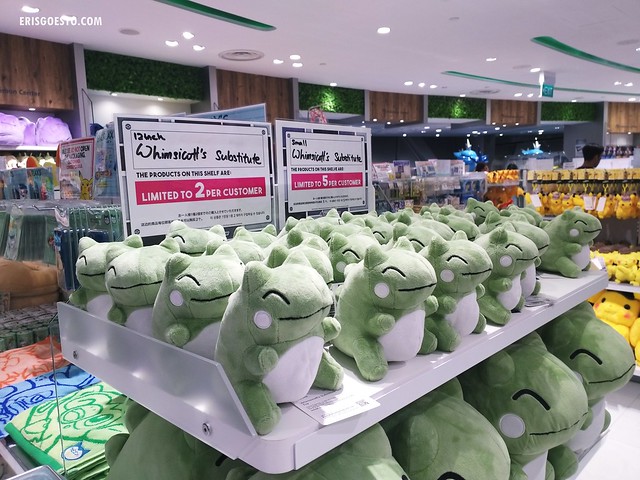 Not sure what these are; apparently they’re quite popular (?) coz each customer could only buy 2. 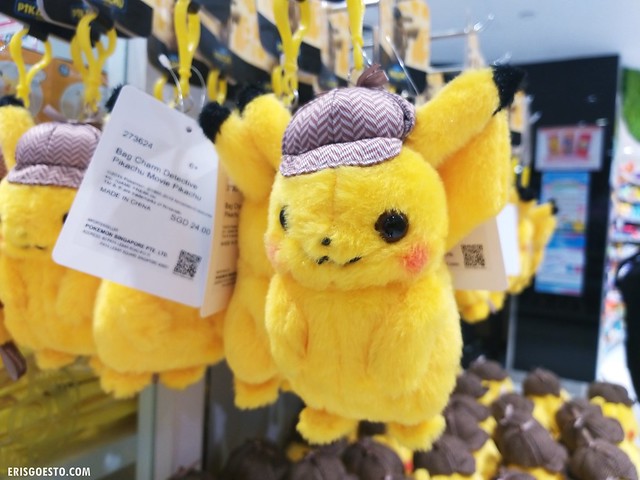 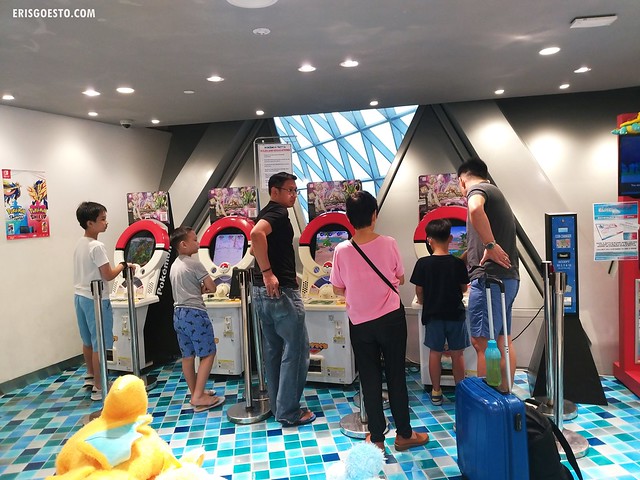 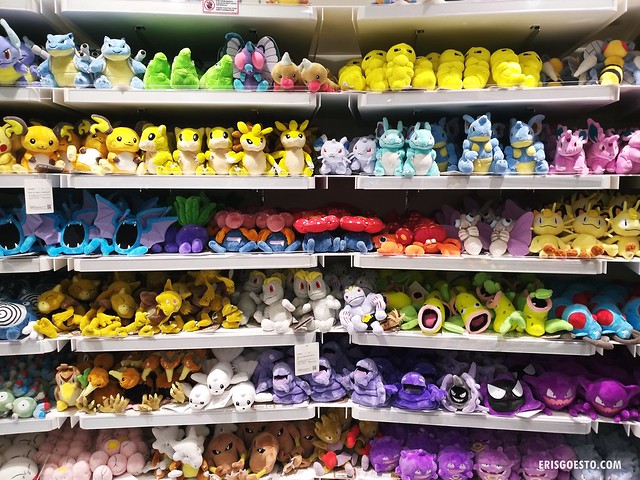 There are a total of 151 Pokemon plush toys to collect; 143 of which are available at the store. The rest are Japan-exclusive.

PS: My favourite Pokemon of all time is Raichu!  I think it often gets overshadowed by pre-evolution bro Pikachu. Among later gen Pokemon, I always chose Skitty as my main when playing Pokemon Emerald (because cats). I also like Wigglytuff,  Ditto and Staryu. 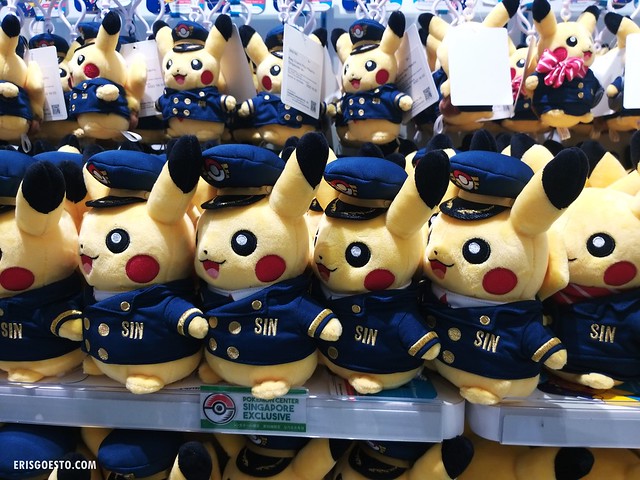 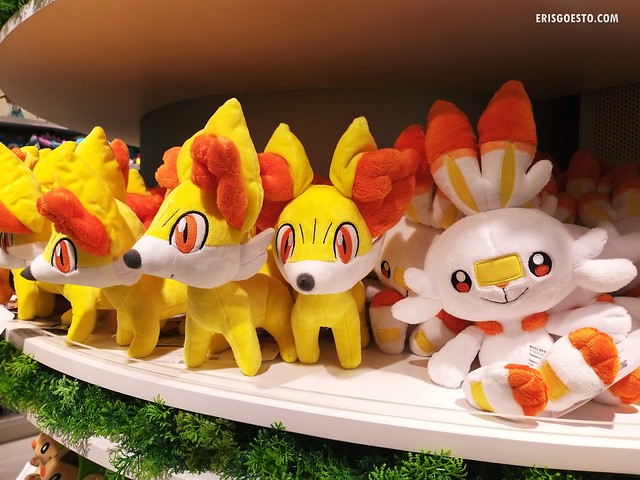 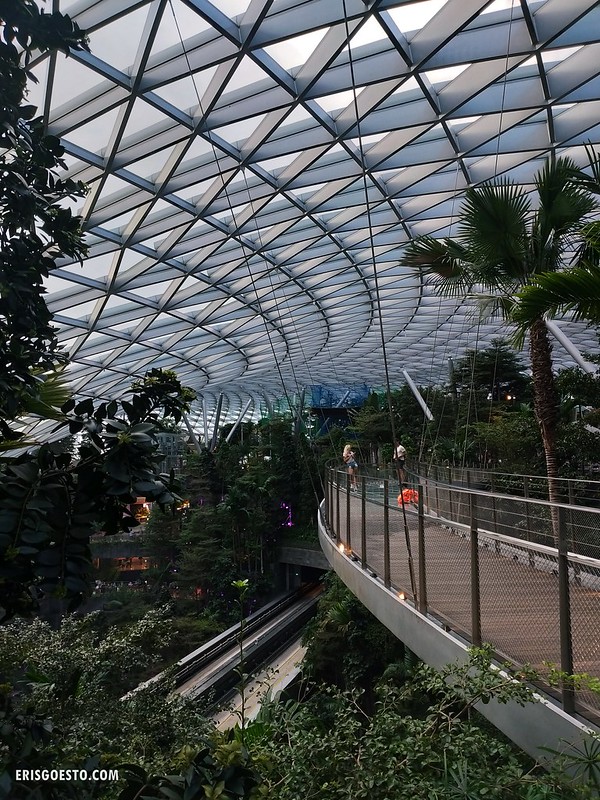 The Canopy Park on the top floor required an entry fee, so we skipped it. You can walk around on the Canopy Bridge, and even bounce around on a giant suspended net. 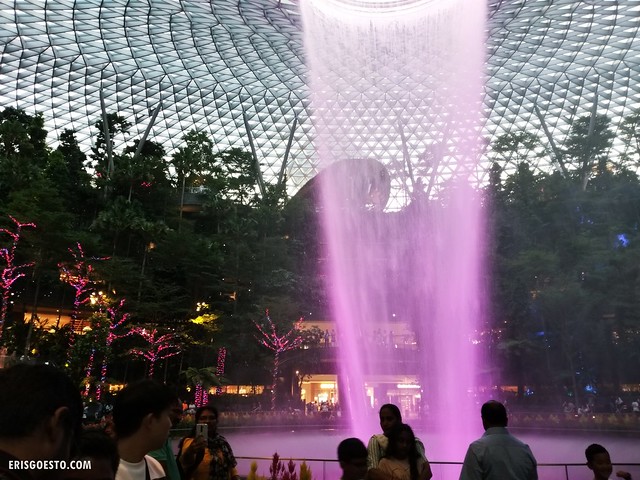 As evening approached, the lights came on at the Vortex, illuminating the waters in a pink glow.

We originally thought of having Shake Shack for dinner, but it was non halal so we ended up at A&W instead lol. 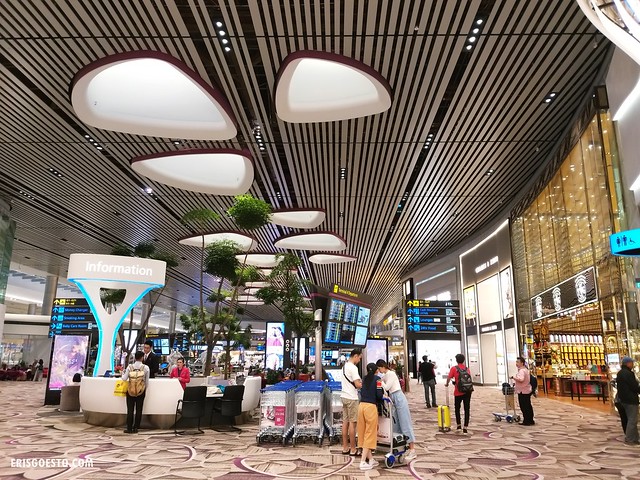 Hopped on to the free shuttle bus to Terminal 4, which is where Air Asia operates from.

I really like how they’ve made Changi into a lifestyle destination. There’s so much to see and do, from art pieces and interesting displays to numerous retail and F&B outlets. You can stay occupied until the very minute you board the plane, rather than fiddling around on your phone and trying not to fall asleep (KLIA 2 cough cough). 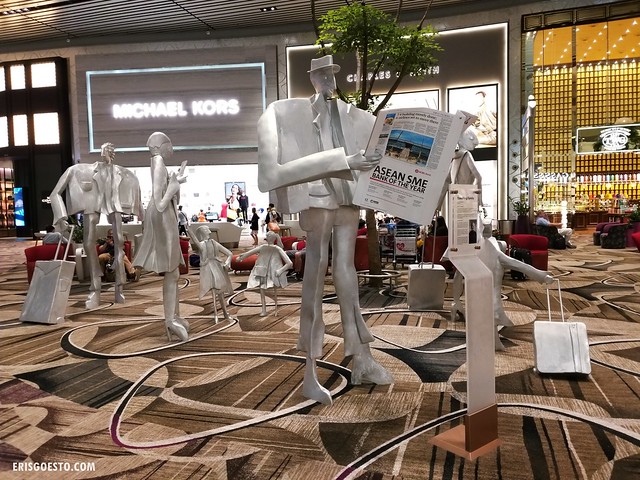 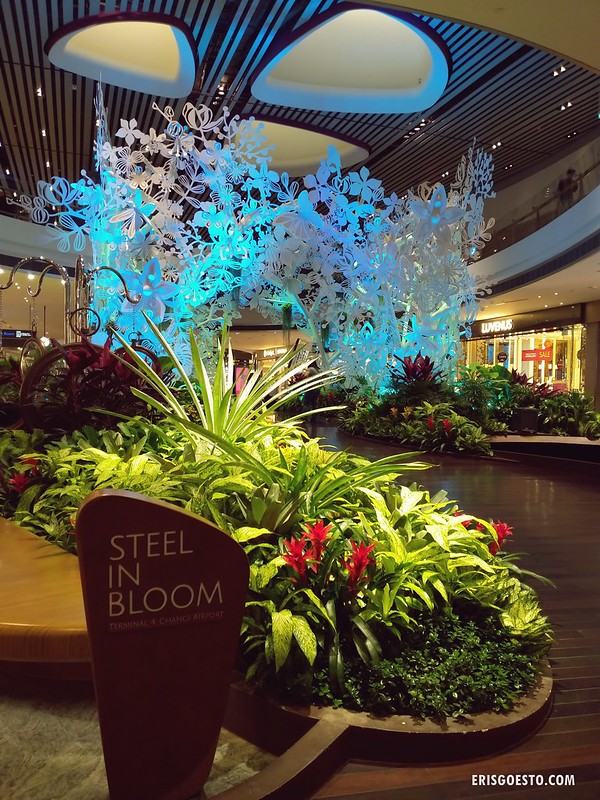 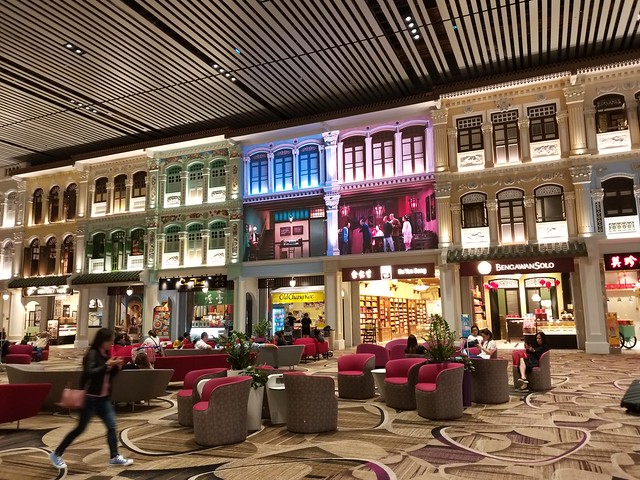 A row of shop with ‘fronts’ that had innovative digital displays on the top ‘floors’. The windows would open to reveal screens with characters enacting a story. Didn’t stay to watch the whole show, but the display was really life-like. This is how you get tourists to stay and spend, and I think Malaysian airports can learn from this.

We often think of airports as boring transit points – places we rush through to get to our actual destination – but Changi is well deserving of its World’s Best Airport title and proves that you can turn airports into thriving lifestyle hubs. Check out of your hotel earlier and go explore the airport the next time you’re in Singapore! 😉