Tucked in the heart of Melaka’s Chinatown, there’s plenty to see and do in Jonker Street – from unique craft shops and museums to temples, mosques, decades-old eateries, chic cafes and more. It also has a rich history. Dutch colonists lived in nearby Heeren Street, just next to the Melaka River, while the main thoroughfare, ie Jalan Hang Jebat, was home to rich Peranakans (Straits Chinese) settlers, who built lavish homes with beautiful architecture and filled them with exquisite furniture. 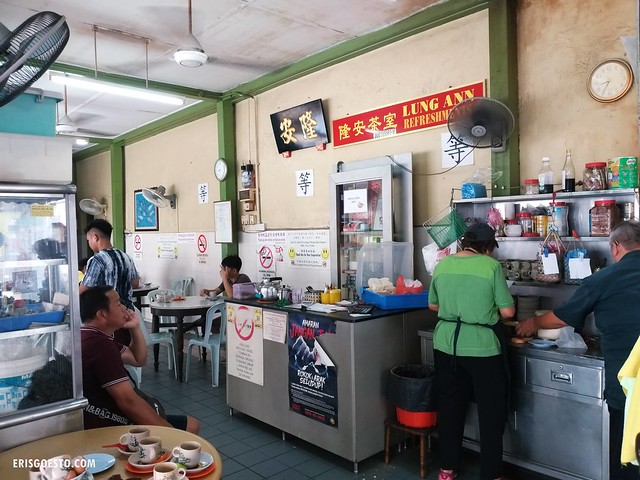 Start the day with a traditional Malaysian breakfast at Lung Ann Refreshments. The shop’s setting is typical of Malaysian kopitiams, where elderly aunties and uncles bustle about preparing your orders, and drinks are served in white and green ceramic cups. No fancy noodles, only the basics – half boiled eggs, and toast with kaya and butter, washed down with either coffee or Milo. 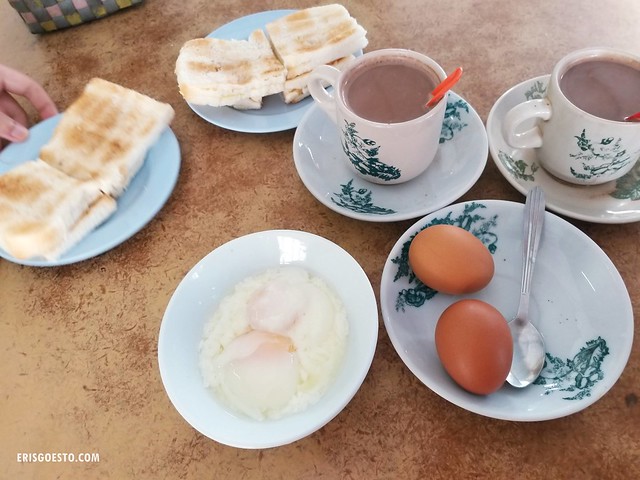 I didn’t realise how Malaysians take this for granted (usually if someone asks about local dishes to recommend, I’d think of nasi lemak) until N told me how unique he thought it was (half boiled eggs for breakfast isn’t a thing in the Phils, apparently). Sometimes it’s really the simplest things that are the best. Bread is nicely toasted and fluffy, with generous amounts of kaya and butter. Despite how simple it looks, half boiled eggs are notoriously difficult to get right (the timing has to be extremely accurate). The one’s at Lung Ann were perfect. 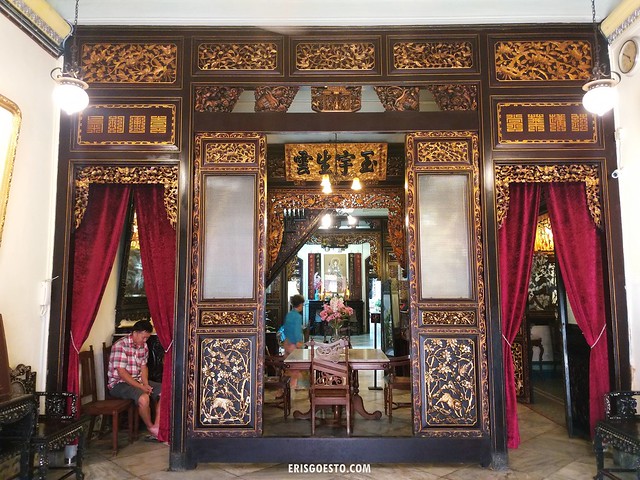 A private housemuseum that once belonged to a wealthy Peranakan businessmen, the Baba and Nyonya Heritage Museum is a must visit for lovers of culture and history. The Peranakan, or Straits Chinese (also called Baba Nyonya), are a community descended from Chinese settlers who immigrated to parts of the Nusantara, ie Dutch-controlled Java in Indonesia, southern Thailand, the British Straits Settlements of Malaya (Penang and Melaka), as well as Singapore. Many adopted local customs, whilst still maintaining a strong Chinese heritage – resulting in a unique blend of cultures that you will not find elsewhere. The Malaysian Baba and Nyonya, for example, speak a creole version of Hokkien and Malay, dress in baju panjang which is influenced by the Malay kebaya dress, but still practice ancestor worship.

You can wander the museum, which consists of three terrace homes joined together as one, on your own – but I highly recommend the guided tour. The tour brings the entire house and its past occupants to life, as knowledgeable guides point out details and events that have happened in those very spaces. You get a sense of being separated by time, but not space. Everything is lavish, beautiful and meticulously made – from elaborately carved furniture inlaid with mother of pearl and silk embroidered paintings done by masters in China, to hand painted tiles, crystal ware, porcelain dining sets.

Note that photos are only allowed in the foyer. 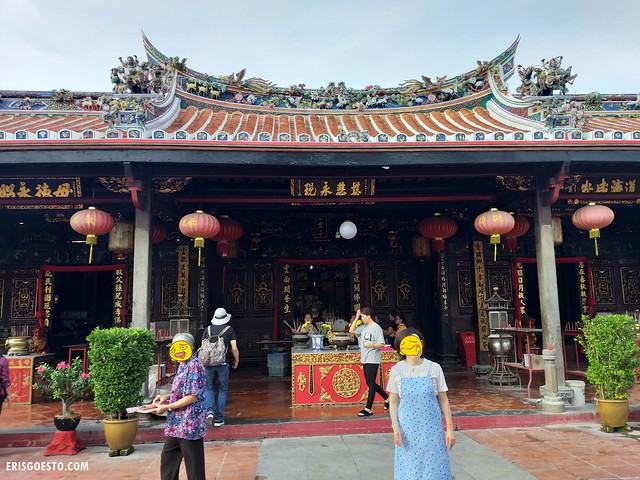 Literally the ‘Temple of the Green Cloud’, Cheng Hoon Teng is the oldest functioning Chinese temple in Malaysia,  built in 1673. It is dedicated to the three precepts, namely Buddhism, Taoism and Confucianism, so visitors will see deities dedicated to all of these religious beliefs. The altars in the main hall are dedicated to Guan Yin, the Buddhist Goddess of Mercy, as well as the Taoist goddess Mazu and deities such as Kwan Ti, the God of Justice, and Thai Sway, the god of worldly human welfare. 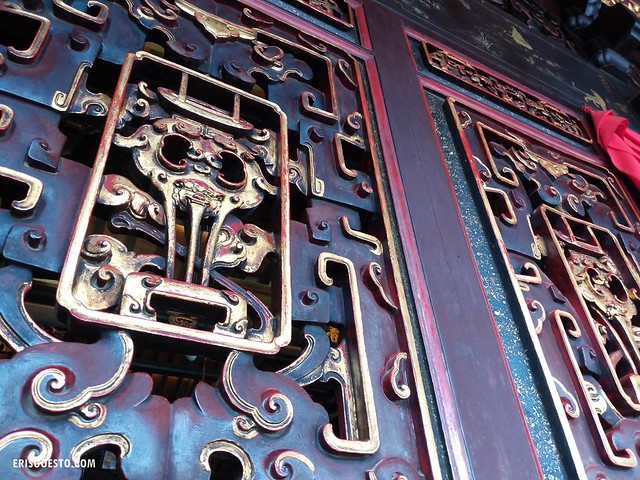 Even if you’re not a devotee, the temple is worth visiting for the architecture alone. Lacquered surfaces, gold gilding, intricately carved archways and windows abound. The main hall, made from timber, was built without the use of nails. 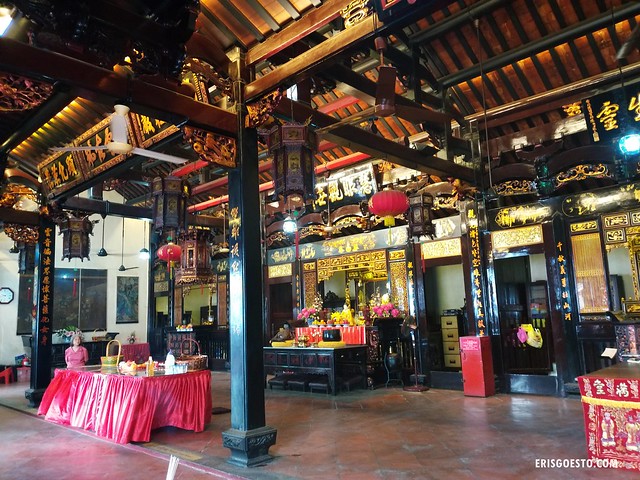 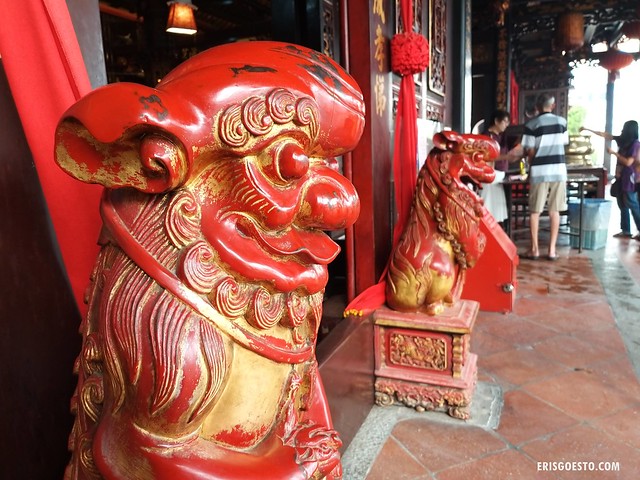 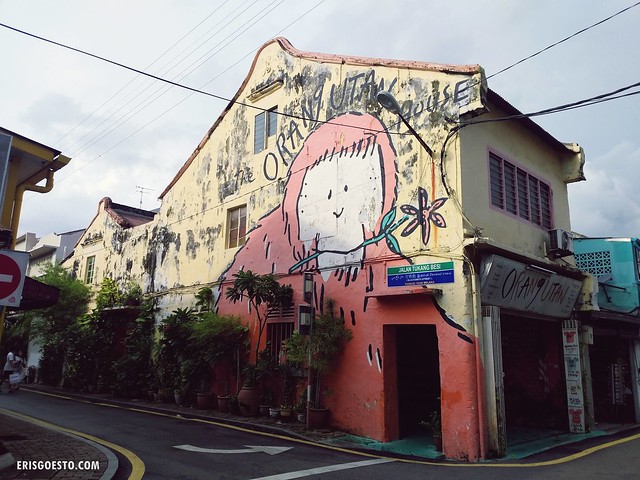 The quirkily named Orangutan House is an art gallery-cum-souvenir shop, where you can get colourful printed tees and art pieces. It’s hard to miss if you’re walking around the area, as there is a huge mural of an orang utan on the side of the building. The inside is equally colourful and trippy. 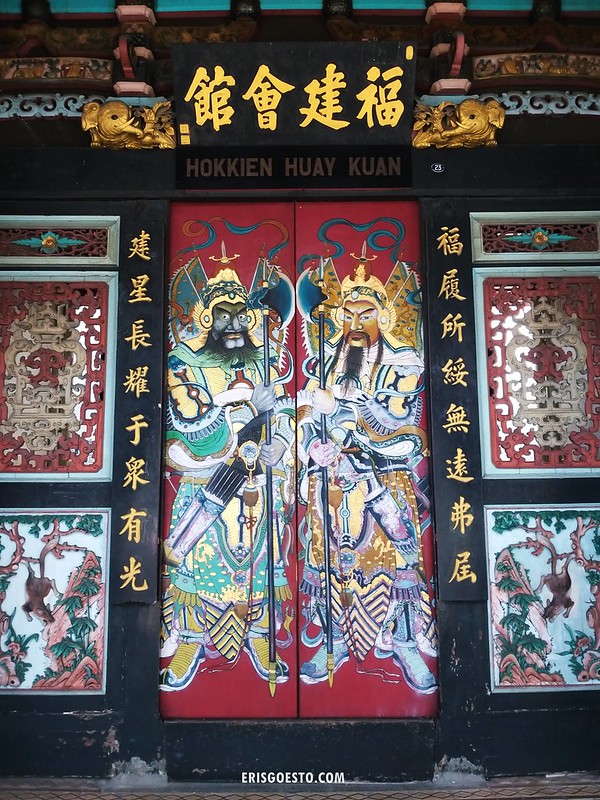 Jonker Street is chock full of interesting sights, and sometimes the best way to see them is just to explore the area on foot. You never know what hidden gems you might uncover. In any case, they make for great photos. (Above) the doors of the Hokkien Association. 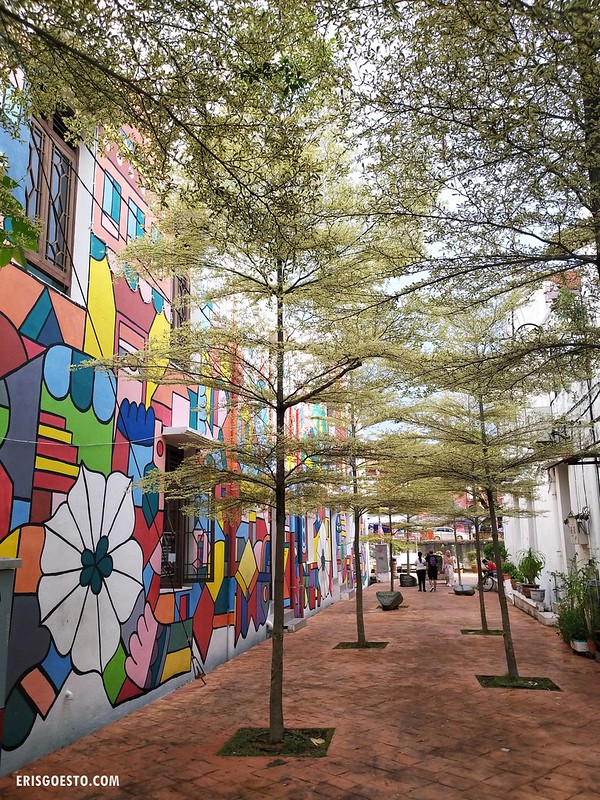 This neat little nook next to the river. 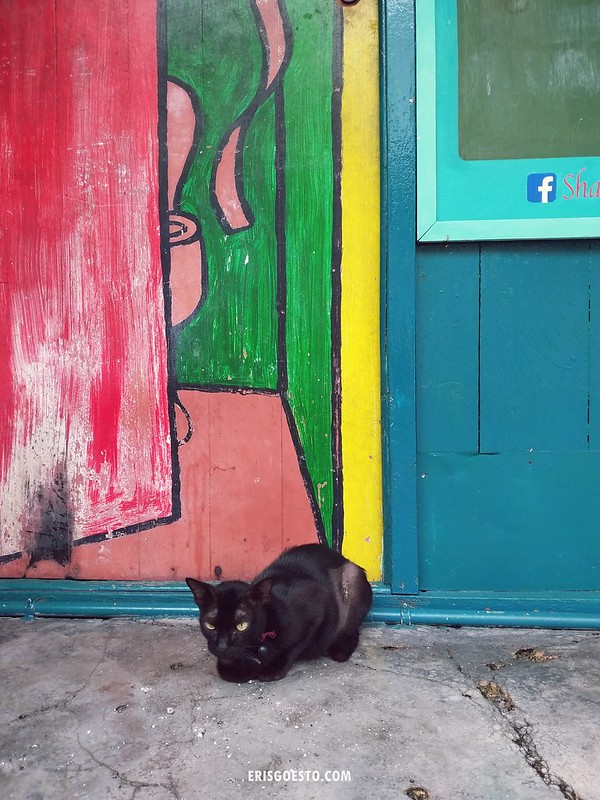 We’re not done: sundown is when the fun really begins. Jonker Street is the place to be on weekends, as there is a huge night market, just there for you to snack from one end to the other. 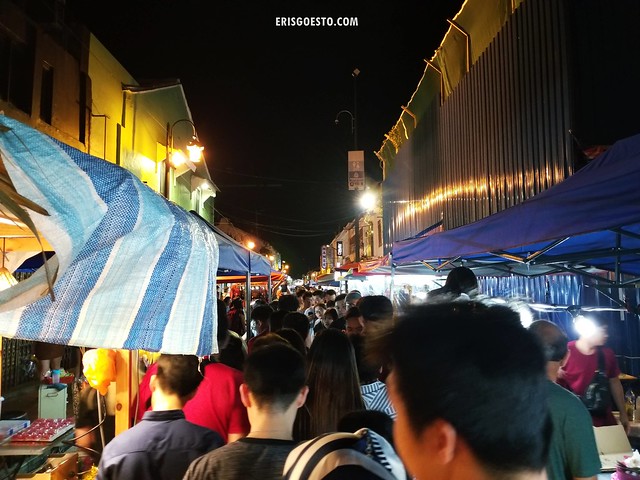 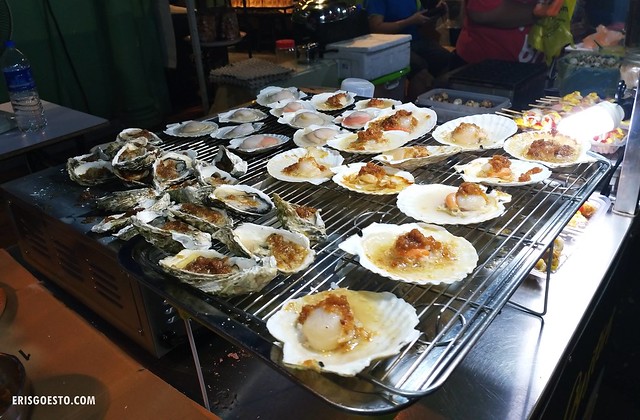 Worth it because you get to gorge on delicious street food… 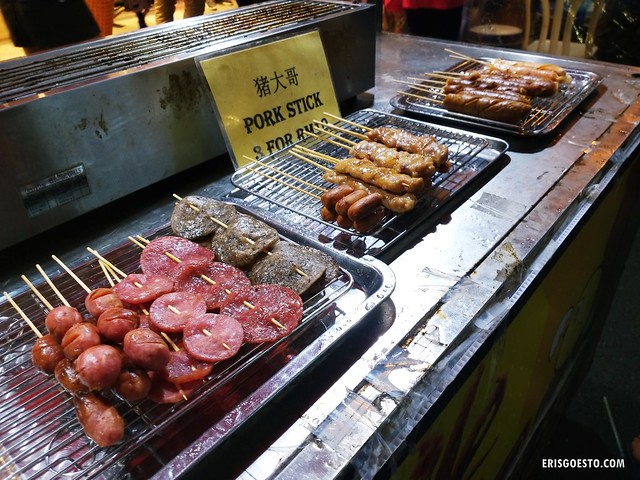 Did I mention delicious street food? 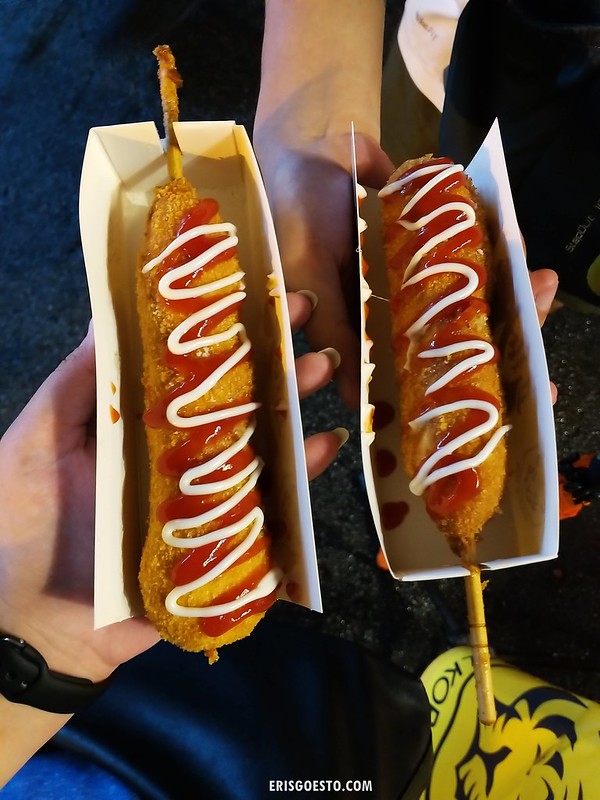 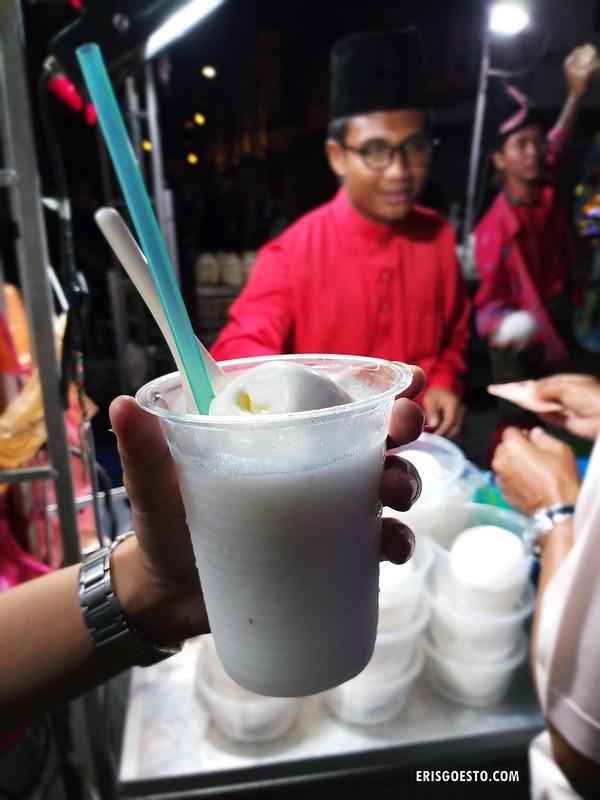 One does not come to Melaka and not have a refreshing taste of a coconut shake. 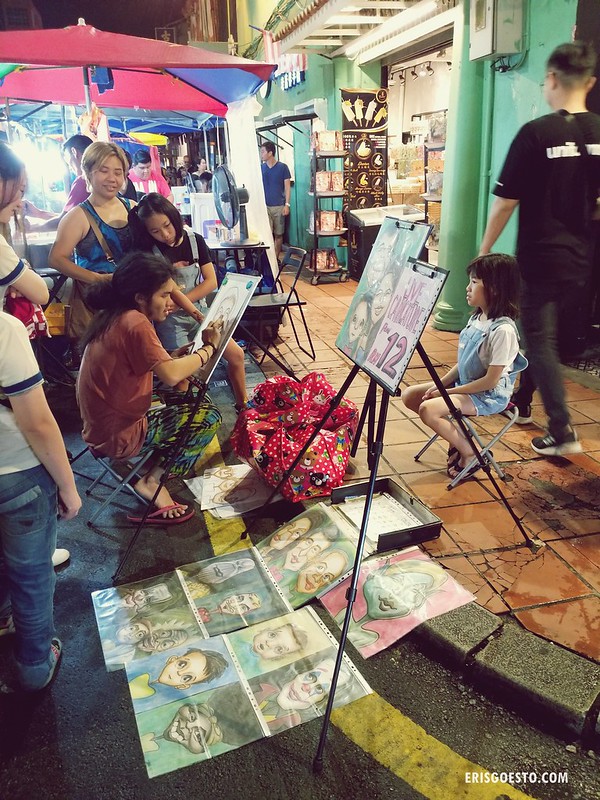 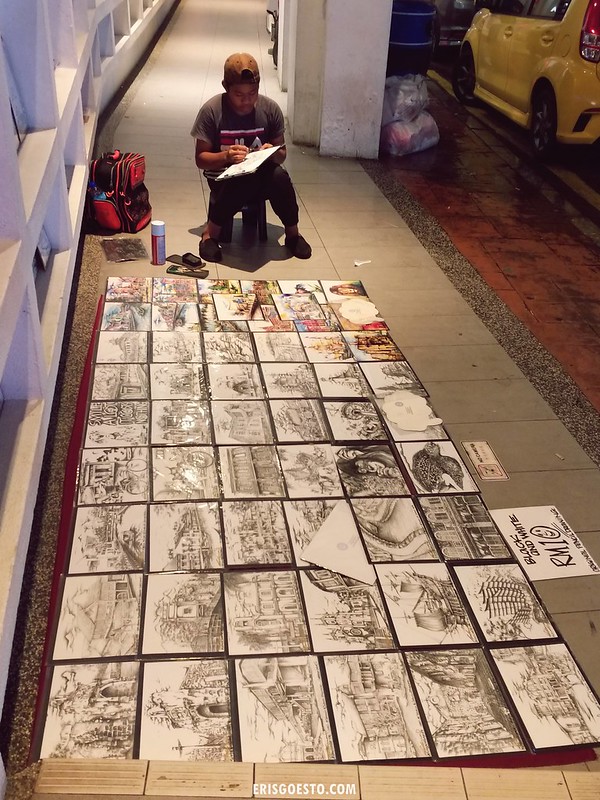 Or buy a hand-drawn sketch from this extremely talented young man. His drawings were phenomenal! 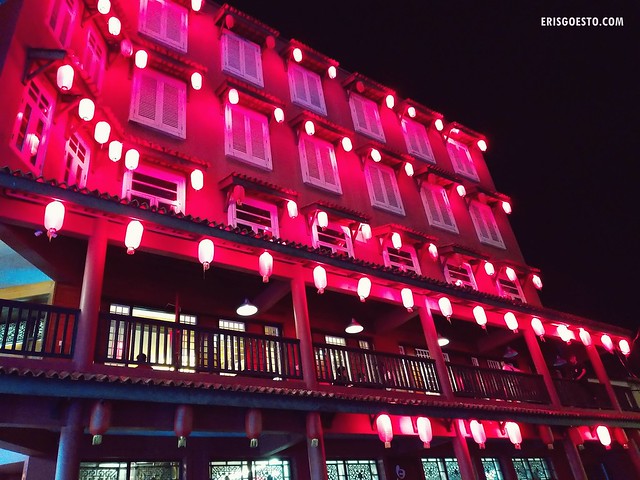 Jonker Street’s entrance is hard to miss, as you have this inn/restaurant lined with red lanterns, which somehow reminds me of the classical Chinese novel ‘Dream of the Red Chamber’. 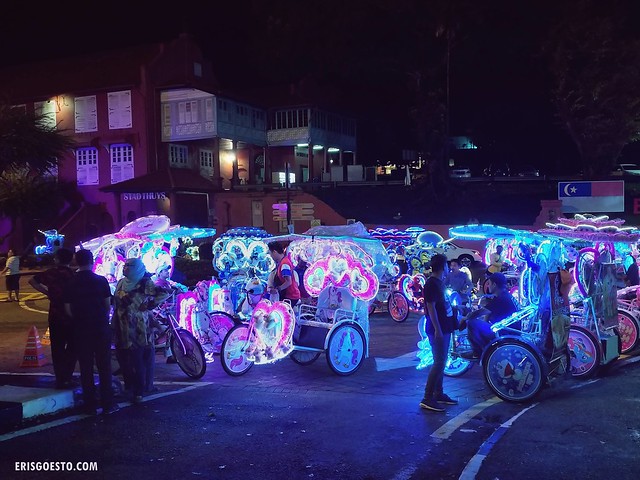 You can do the touristy thing and hop on to one of the loud and colourful trishaws for a spin around the city. 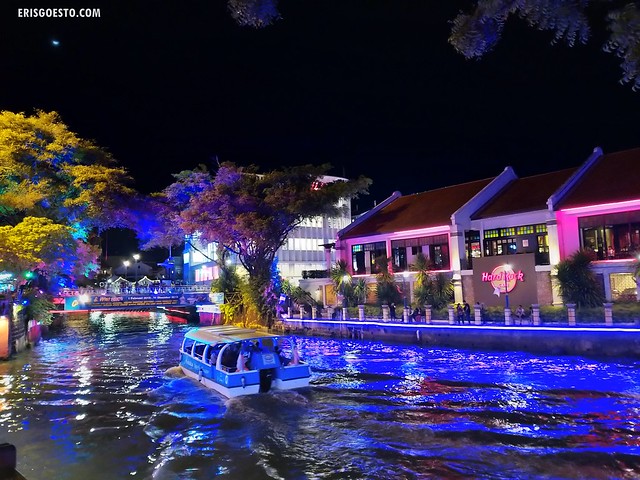 If crowds are not your thing, opt for a cruise down the Melaka River, which is decorated on both sides with neon lights. 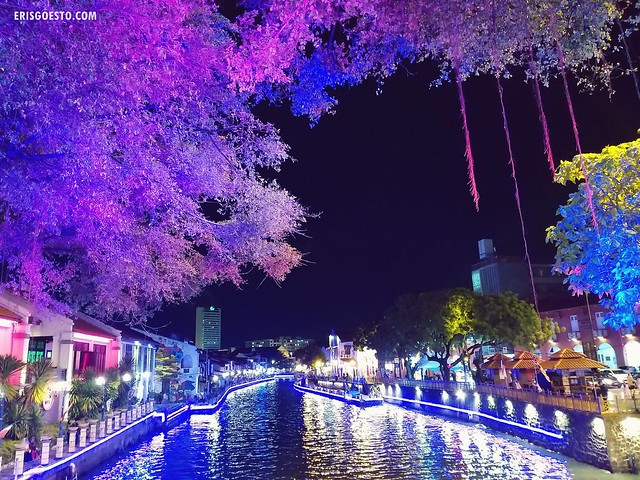 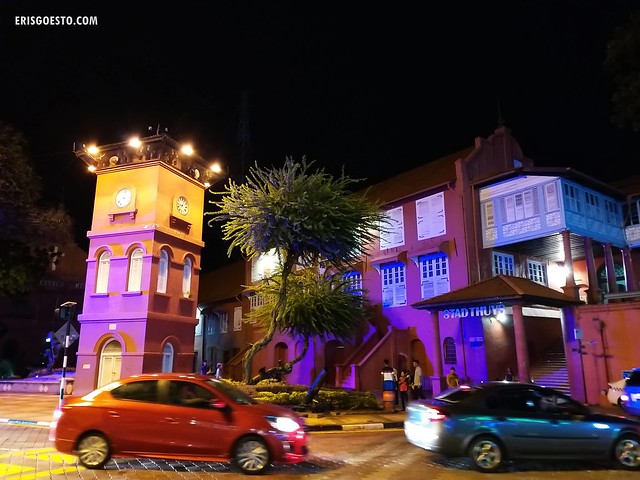 Dutch Square, just a few steps away from Jonker Street, is also much more quiet at night. 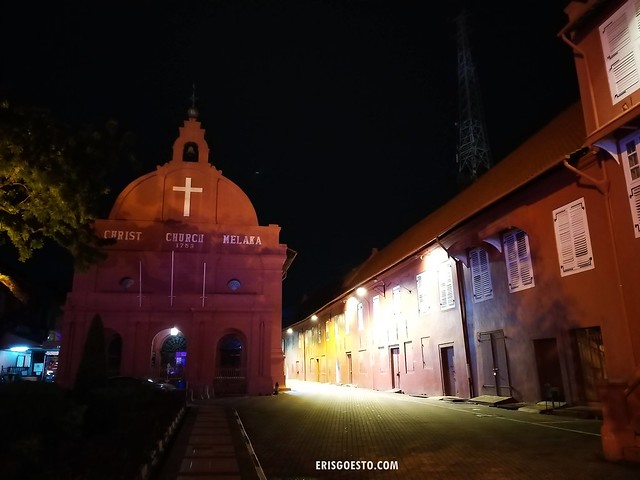 Literally had the whole place to ourselves for photos.

I hope this itinerary has been useful in helping you to plan what attractions to see while in the Jonker Street neighbourhood. Happy travels!

One thought on “Attractions Near Jonker Street, Melaka : A Day/Night Itinerary”