When I was 11, I recall stumbling across a dog-eared book at my cousin’s place. On the cover was a flying blue car with two boys and an owl sandwiched in between. “Harry Potter and the Chamber of Secrets”, the title said. I flipped it… and a whole new world of wonder and imagination opened up to me. Harry Potter and the wizarding world in which he inhabited and battled Lord Voldemort was the pinnacle of adventure for me. Needless to say, I secretly wished for a Hogwarts letter of my own!

When you grow up with a story and its characters, they become like friends. I anguished over Sirius’ death, rooted for Ron and Hermione to finally get together, and even years after the series ended, there is and always will be a special place in my heart (and bookcase) for the Harry Potter books. I was beyond excited when my editor told me I was going to Melbourne.. to watch the Harry Potter and the Cursed Child play! It was literally a dream come true. 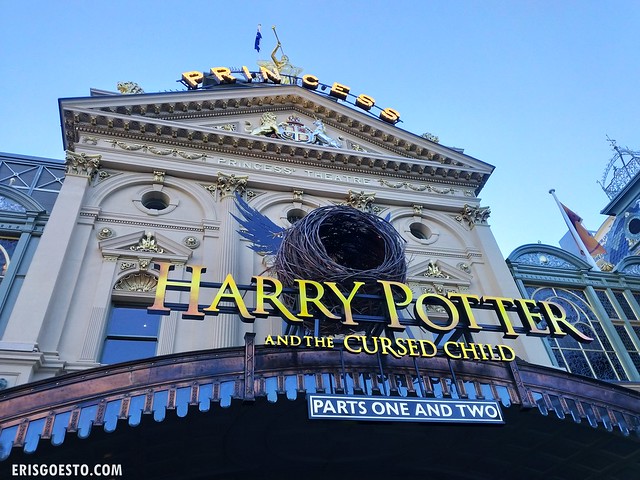 Harry Potter and the Cursed Child play is based on a story written by JK Rowling, together with Jack Thorne and John Tiffany, who also directs. Melbourne is the third place in which the play has been staged since it made its debut on London and Broadway. Housed in the historic Princess Theatre in the city’s East End Theatre District, the building has been renovated exclusively for the play, and now includes beautiful themed fixtures including a giant nest at the entrance and various decorative elements within such as velvet red carpets with the Hogwarts sign, dragon-shaped lamps and more. 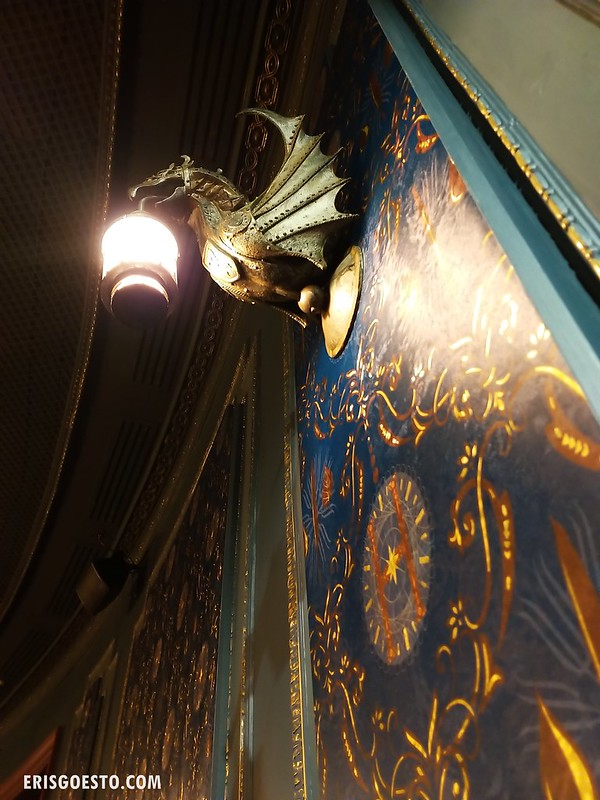 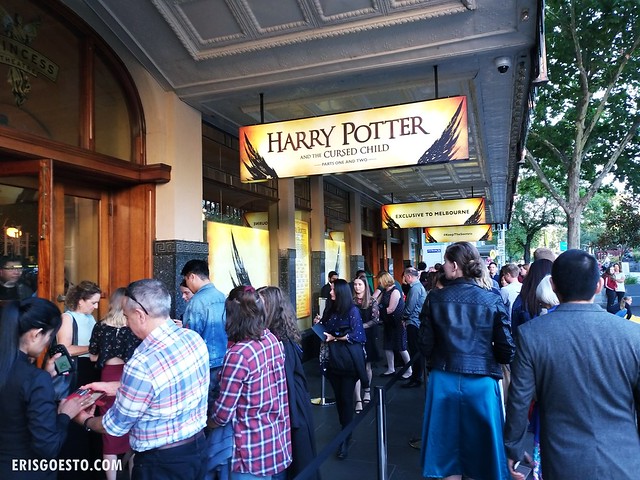 The play is about six hours long (!) and is split into two parts, intended to be seen within the same day, or on two different nights. The excitement was palpable as we stood in line to enter the theatre, with people dressed in robes and their ‘house colours’ waving wands. The atmosphere was infectious. After having read the last HP book years ago (Sorry Fantastic Beast fans, not too keen on the films), I was looking forward to entering that magical wizarding world again, one that had so captured my imagination as a child. 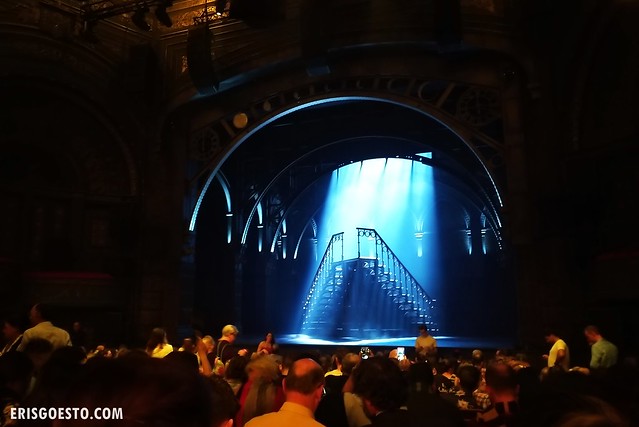 The theatre was packed. Even before the stage opened, we could see that the set and the pieces were amazing; soaring buttresses, clocks on the archway, movable staircases. Then the lights dimmed, a hush fell over the crowd… and the magic began.

Featuring a 35-strong Australian and New Zealand cast, the story picks up with an adult Harry, now an overworked employee of the Ministry of Magic, and a husband and father of three school-aged children. While Harry grapples with a past that refuses to stay where it belongs, his youngest son Albus must struggle with the weight of a family legacy he never wanted. As past and present fuse ominously, both father and son learn the uncomfortable truth: sometimes, darkness comes from unexpected places.

It’s hard to describe in words how the play is like: it is definitely an experience that you have to see to believe. The way wands light up in the darkness, the way actors appear and disappear from seemingly thin air and how brooms soar up into the air. There were parts where the audience laughed, cried and gasped as one – and I with them.

There were several breakout performances, especially by William McKenna as Scorpius Malfoy, Albus’ Potter’s best friend (whom I think is the real hero of the story!). I was also mindblown by the clever use of set pieces, which truly came together to create ‘real magic’. One of my favourites was the scene where Dementors actually float towards the audience and you can see the slow fluttering of their sleeves – it felt like they were real and not just props! Another was when our young heroes Albus and Scorpius try to escape from a moving train and the scene featured a gigantic train set piece. 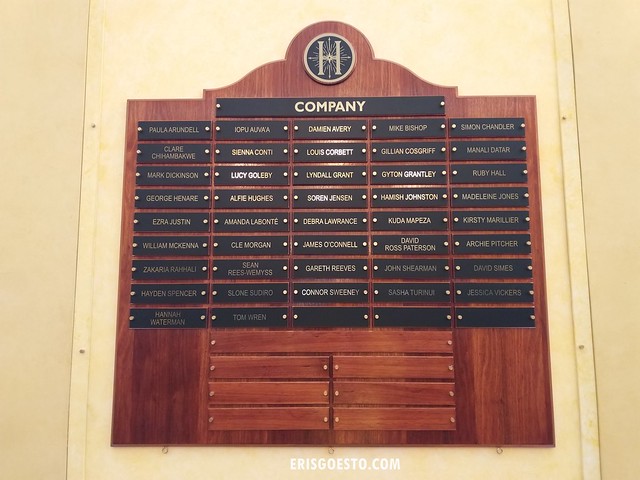 Of course, Part 1 ended with a cliffhanger, and once the lights came on the hall immediately burst into a riot of voices, as everyone started talking about what they had just seen. If it were up to me I could have sat through another three hours of the play but I guess the actors have to take a rest too. 😛 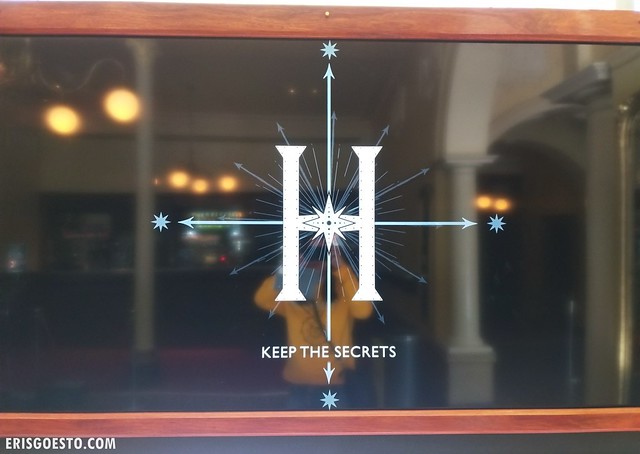 The motto for the play is Keep The Secrets – ie no spoilers, so that others may go into the play and experience the magic for themselves. 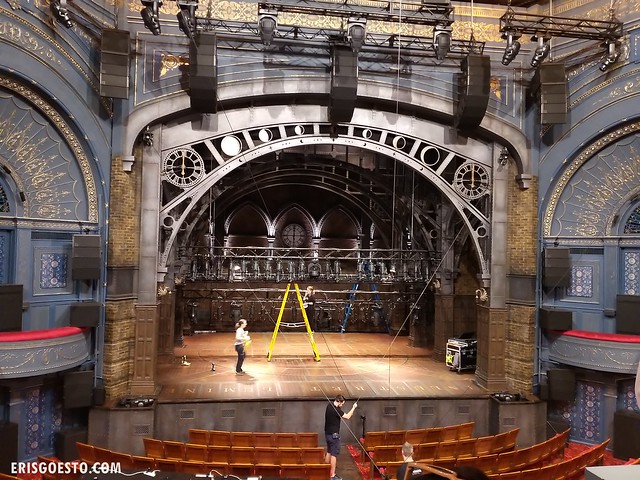 As part of a media entourage, we were given an exclusive behind-the-scenes look into production before the play opened for its second night – and as you can see, there is a lot that goes into making it a success. What we see on stage for a couple of seconds is the result of months of careful planning, and perhaps hours of setting up. 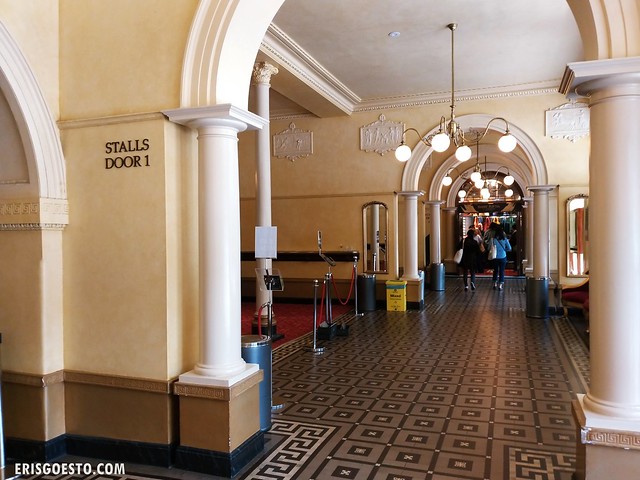 You can visit the theatre during the day to get some Harry Potter exclusive merchandise such as scarves in the Hogwarts house colours, wands and other souvenirs. 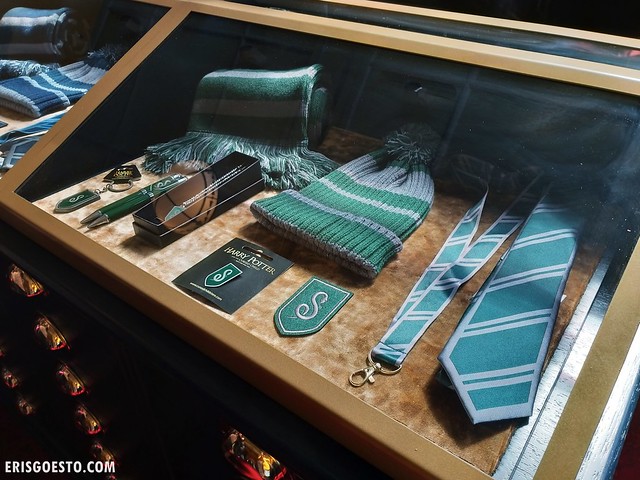 I always thought that I would be a Ravenclaw (being bookish and all) but surprisingly, got sorted into Gryffindor on Pottermore. 😀 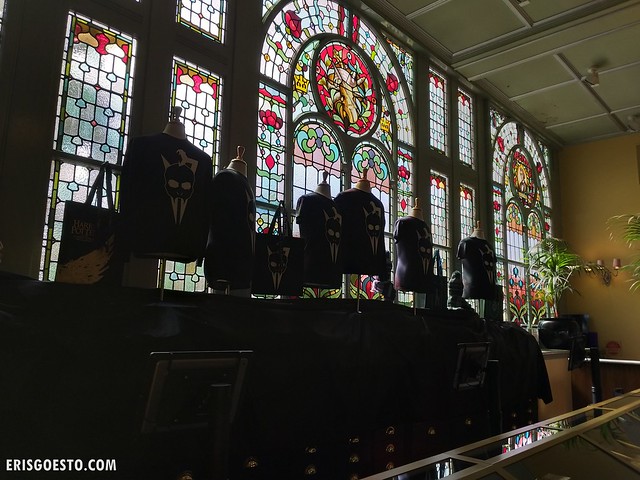 People like a streak of the dark – the shirt with the Dark Mark was especially popular. 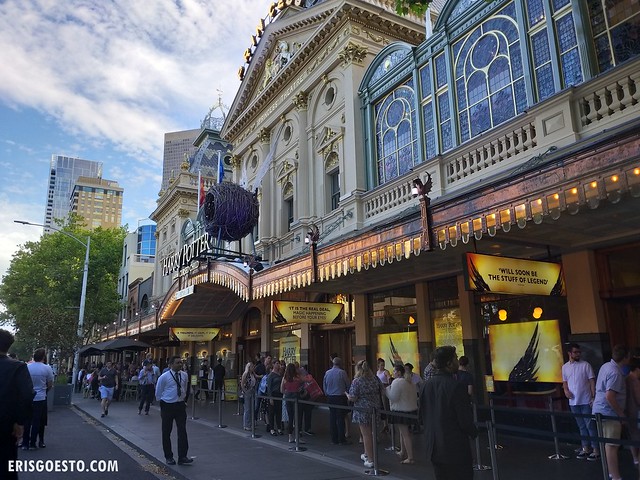 The atmosphere was equally electric on the second night, as people now anticipated what the play had in store after the dramatic cliffhanger.

While I felt that the second part was as brilliant as it was the first, the climax that I anticipated never did come. It felt like last night’s cliffhanger was the climax, as opposed to the actual one in the second part. Still, the twist that came at the end was quite unexpected, and the play wrapped up on a high note.

Harry Potter and the Cursed Child play is definite must watch for Potterheads (heck, even non-Potterheads – although you do need a bit of a background knowledge of Harry’s world). Having it in Melbourne is an awesome idea, as it is the only one playing in the Southern hemisphere, making it more accessible to Potter fans who will not have to go all the way to North America or Europe. The play has taken up a two-year residency since early 2019, which means you will still have time to watch it until the end of 2020.

Tickets are available at harrypottertheplay.com/au/ticket-information/.

3 thoughts on “Sheer Wizardry: Watching The Harry Potter And The Cursed Child Play In Melbourne”