Many Buddhist temples in Kuala Lumpur follow the Chinese tradition, so it’s common to see cultural decorative elements such as dragons and phoenixes in its design. The Buddhist Maha Vihara Temple in Brickfields is more ascetic, so it might not be a draw for tourists – but it is still an interesting place to visit if you’re in the neighbourhood and want to learn more about Theravada Buddhism. If you come during major celebrations such as Wesak (Buddha’s Birthday), the place transforms into a colourful and bustling hive of activity. 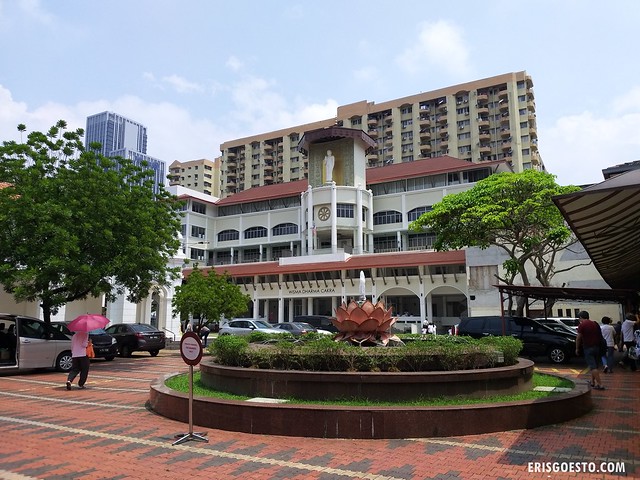 Established by the immigrant Sinhalese (Sri Lankan) community in the late 19th century, the temple now encompasses several buildings and shrines. Dharma classes and talks are held weekly, and vegetarian food is served at the canteen after. 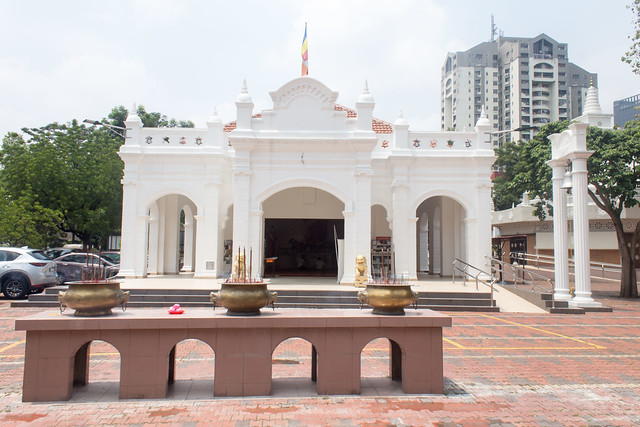 The main shrine in the middle of the compound. It used to be a striking red colour, but has since been painted over in white. 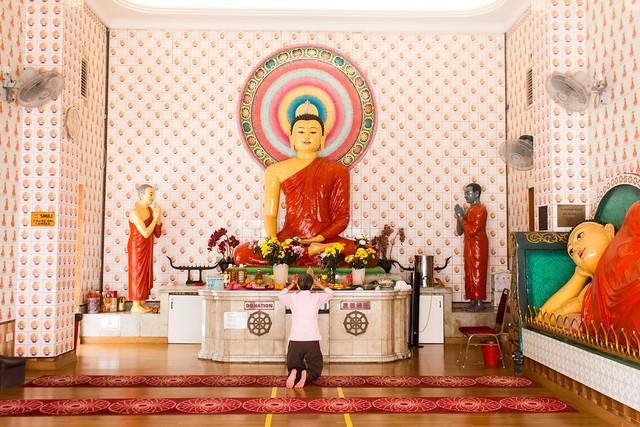 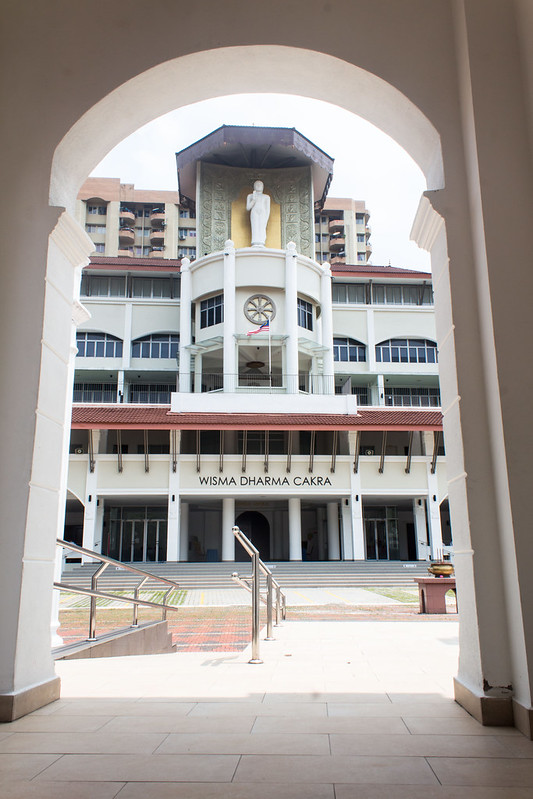 Modern building where events and classes are held. 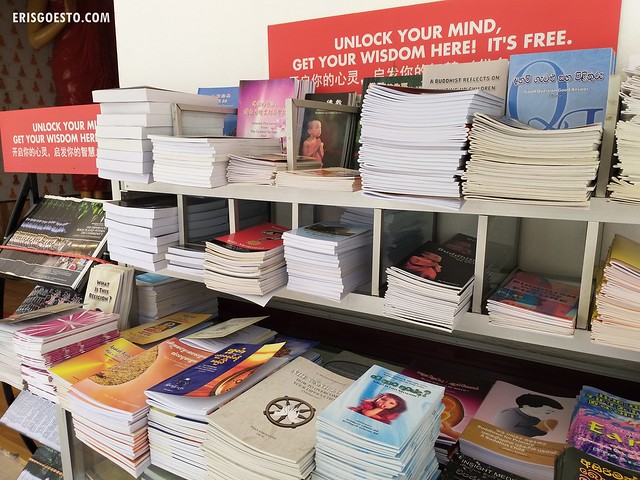 Free books and CDS (on meditation, dharma talks, etc.) on Buddhism are available in various languages. 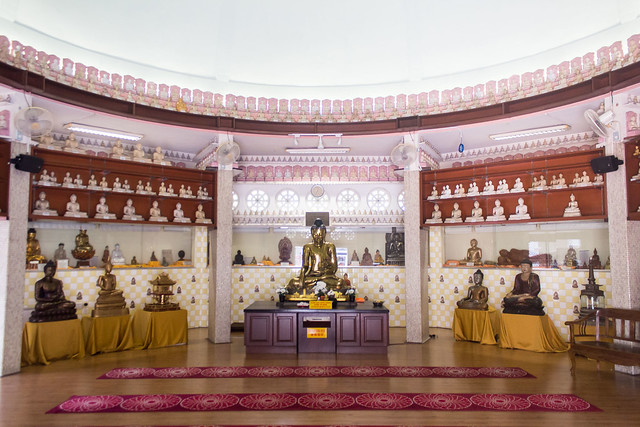 Another shrine houses a small museum of sorts. You can observe Buddha statues from different regions and the different art styles. The statues are accompanied by helpful information on the rise and establishment of Buddhism in countries such as India, Laos, Thailand, Myanmar and Cambodia.

We were pressed for time so we didn’t get to visit a lot of places in Brickfields, but if you’re ever here, do visit the other religious abodes around the area as well, such as  St Mary of Theotokos (A Syrian Orthodox church), Sri Kandaswamy Kovil (Hindu temple), Church of Our Lady of Fatima (Catholic church) and Sam Kow Tong Temple (Chinese Buddhist temple). 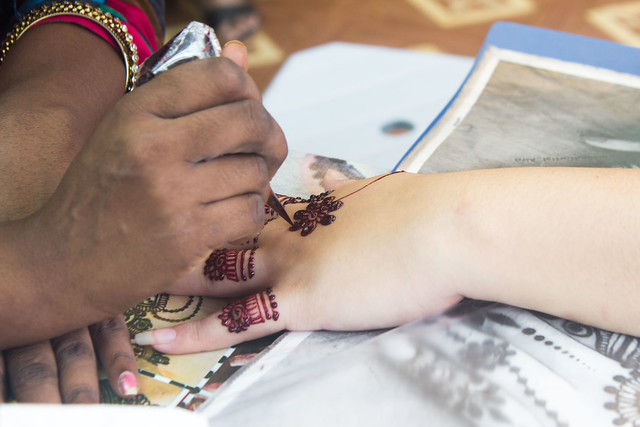 Walked to the Little India neighbourhood nearby and got a Henna tattoo for RM15! 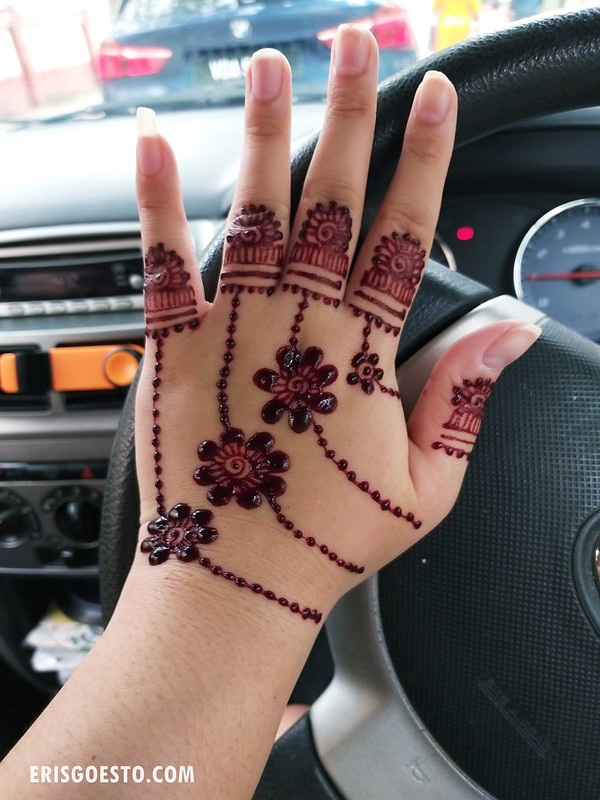