As Australia’s hub for culture and the arts, it is only fitting that the city of Melbourne is also home to the country’s oldest, largest and most visited art museum – the National Gallery of Victoria. Located on St Kilda Road in the Southbank neighbourhood, the gallery was founded in the 1860s, and today welcomes over 5 million visitors a year. 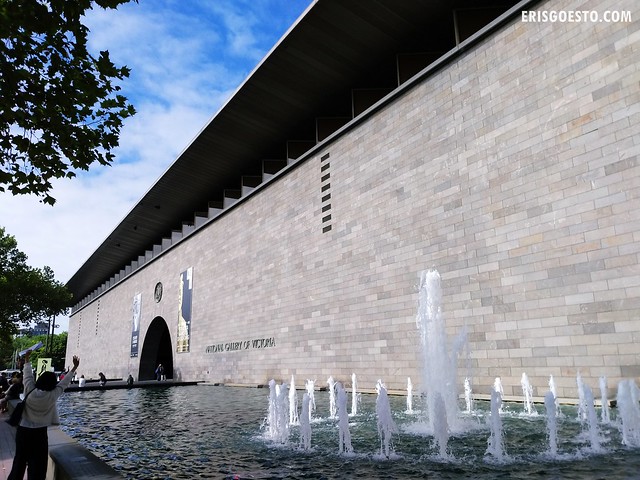 You’d probably have to make a couple of return trips to fully appreciate the gallery’s mind-boggling breadth of exhibits, which number over 75,000 in total. Aside from Asian, international and Australian art, they also house a large collection of items such as artefacts, photographs, prints and other media.

The gallery regularly hosts special exhibitions, so there’s something new to see each time. I visited while they were running the Escher X Nendo: Between Two Worlds exhibition, which was absolutely fascinating. 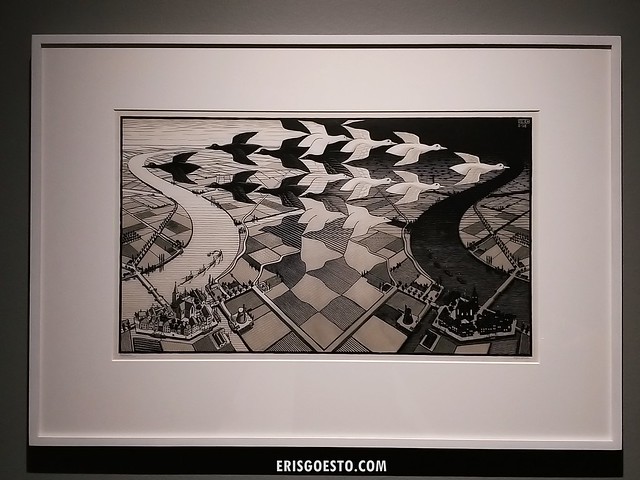 Maurits Cornelis Escher (better known as M.C.Escher) was a Dutch graphic artist. A lover of mathematics, Escher’s pieces include intensely detailed woodcuts, lithographs (graphic prints) and sketches, and often incorporated his love for mathematics by applying concepts such as symmetry, reflections and perspectives. “Impossible objects” – a type of optical illusion where a 2D object appears 3D but cannot physically ‘exist’ in the real world – was one of his fortes. In fact, it was Escher’s works that partly inspired the creation of the world-famous Penrose triangle (ie the impossible triangle). 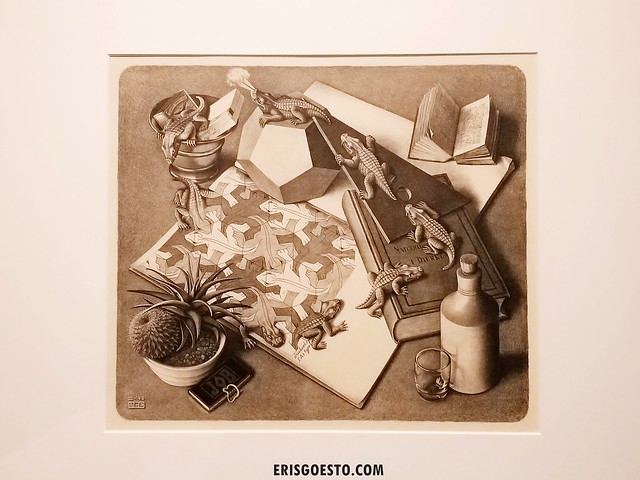 Escher’s works are immensely popular today, especially in Australia, but it was not widely recognised until much later in his life, when he was in his 70s. 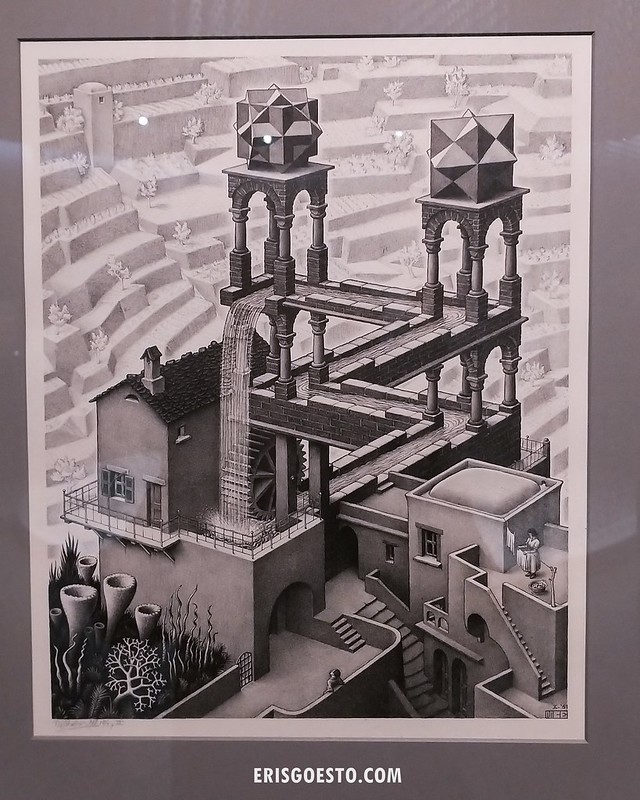 Escher was reportedly a poor student at school, so it was amazing to observe the complexity of his designs, as well as how much precision there was in each stroke and detail. His work became, for good reason, very popular among mathematicians and scientists. 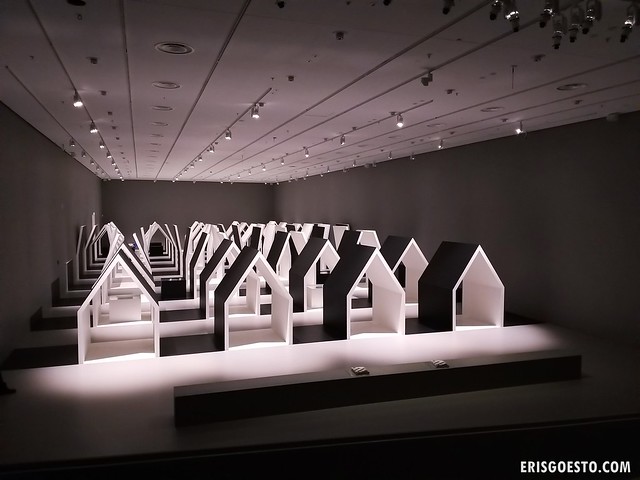 The exhibition also featured installations by Japanese studio Nendo, created specifically to complement Escher’s works. The installations were essentially physical manifestations of the world of Escher, inviting visitors into a glimpse of his mind. We walked through a series of ‘houses’, gradually changing colour and form from black to white, open to closed… or was it the other way around? 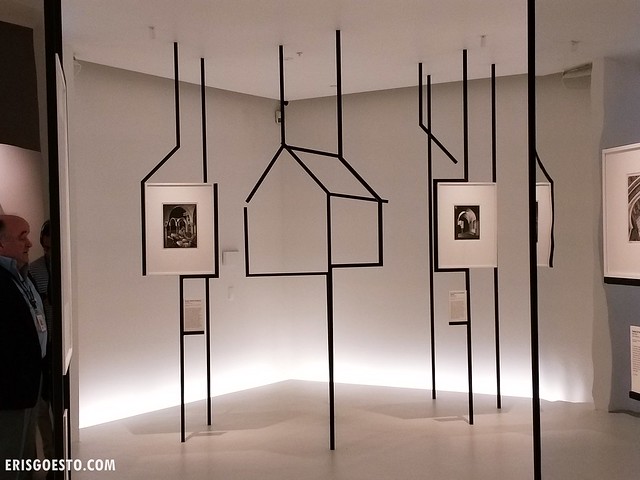 A series of separate black rods that appeared as houses and frames when viewed from just the right angle. 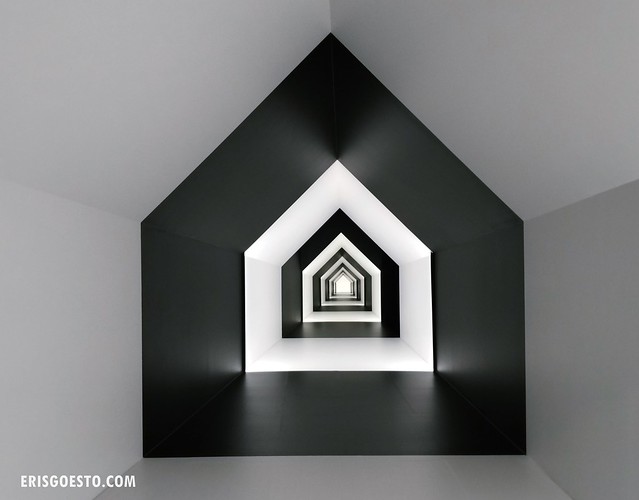 You can’t tell from the picture but the tunnel actually got smaller at the far end – an optical illusion. 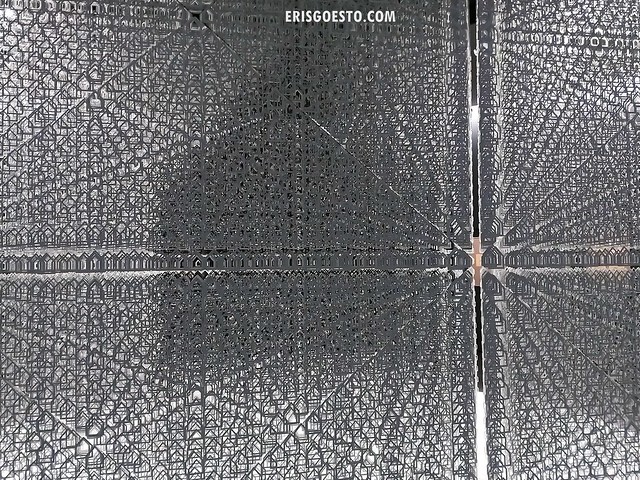 One of my favourite rooms in the exhibition featured thousands of tiny die cast ‘houses’. When viewed from afar, they formed the dark shape of a larger house. 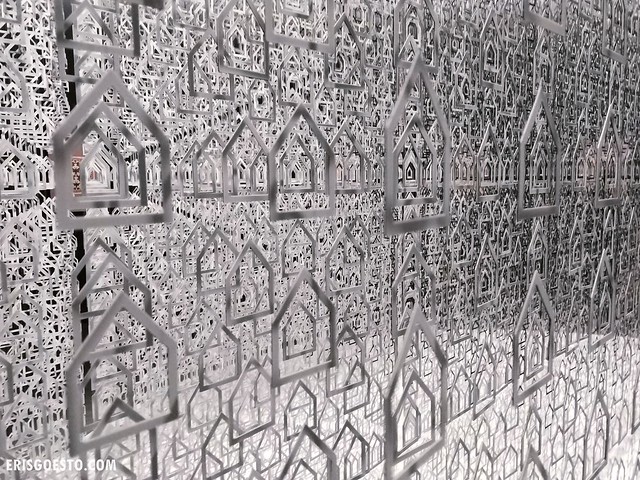 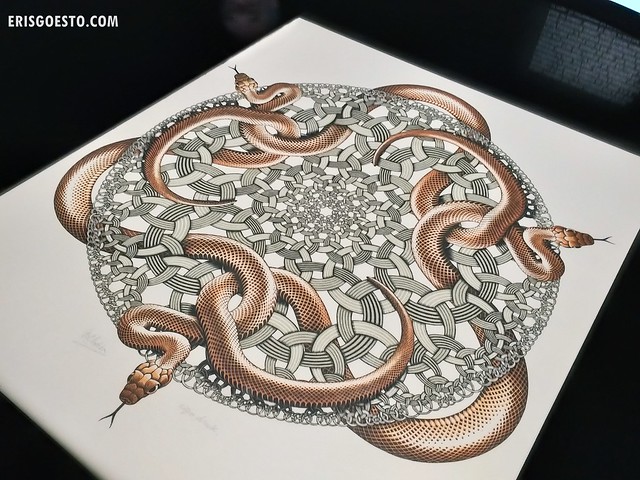 Escher’s last work, Snakes, 1969. Escher often took inspiration from nature, drawing insects, plants and animals. It somehow reflects the precise and mathematical nature of creation, where everything seems to have been ‘made’ with purpose – it makes you question if creation was really a random occurrence. 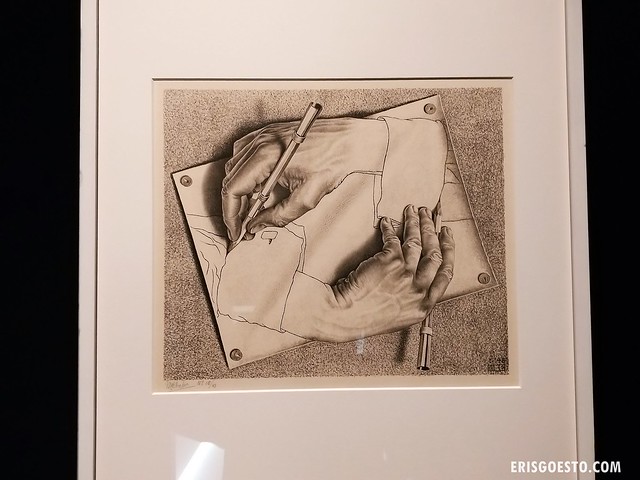 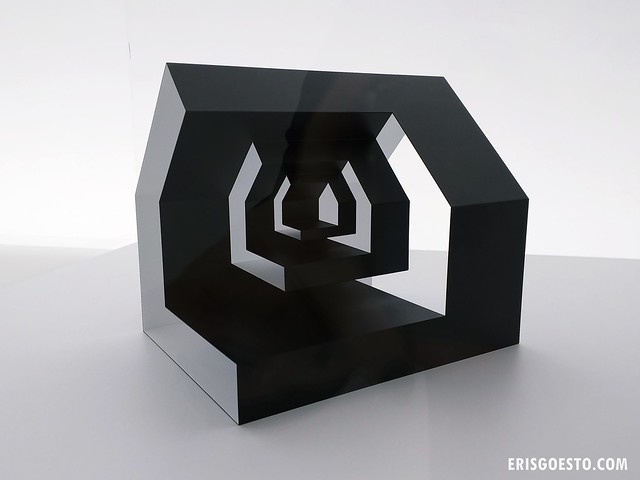 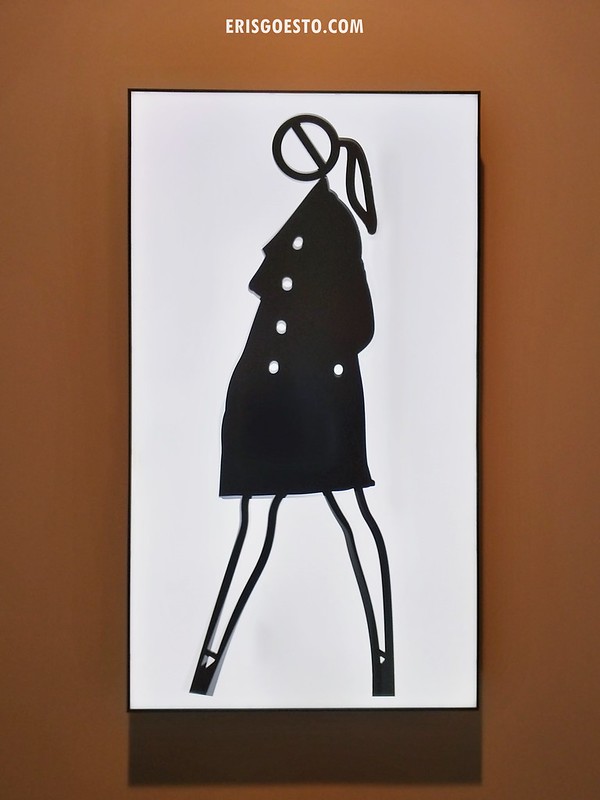 Another exhibition that was running during my visit was by Julian Opie, an English visual artist. His hallmark consists of walking figures drawn with thick black lines and minimal detailing. After Escher’s detail-heavy pieces, Opie’s work felt a tad simple – but also kind of refreshing. 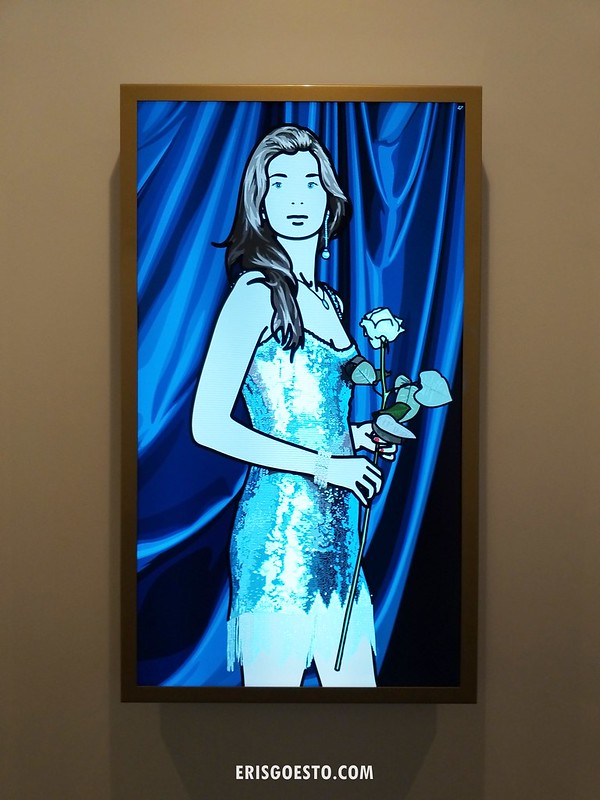 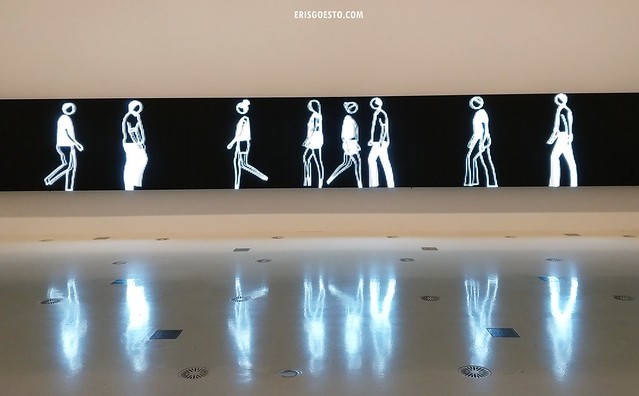 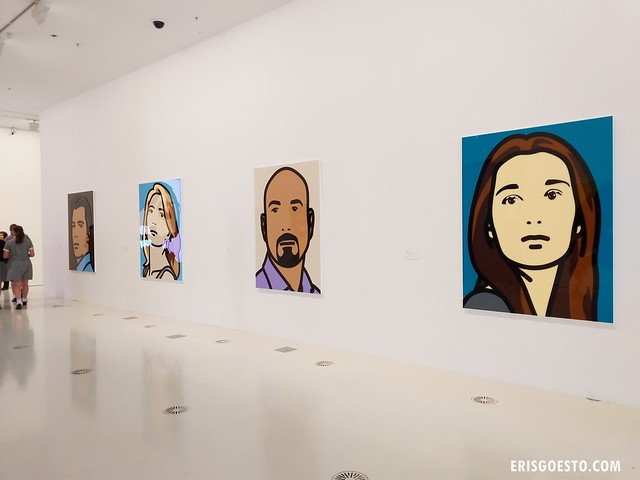 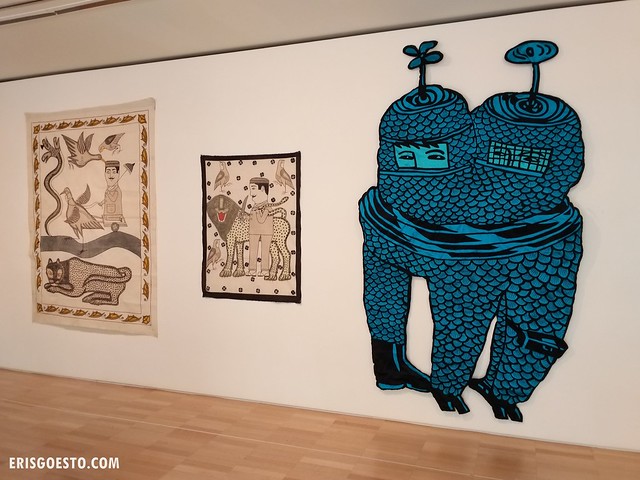 I moved on to explore the permanent exhibits, which are spread across four floors. Unfortunately, as I was pressed for time, I had to breeze through the sections, but it was still fascinating to see the many different types of art as well as artefacts in the gallery’s collection. 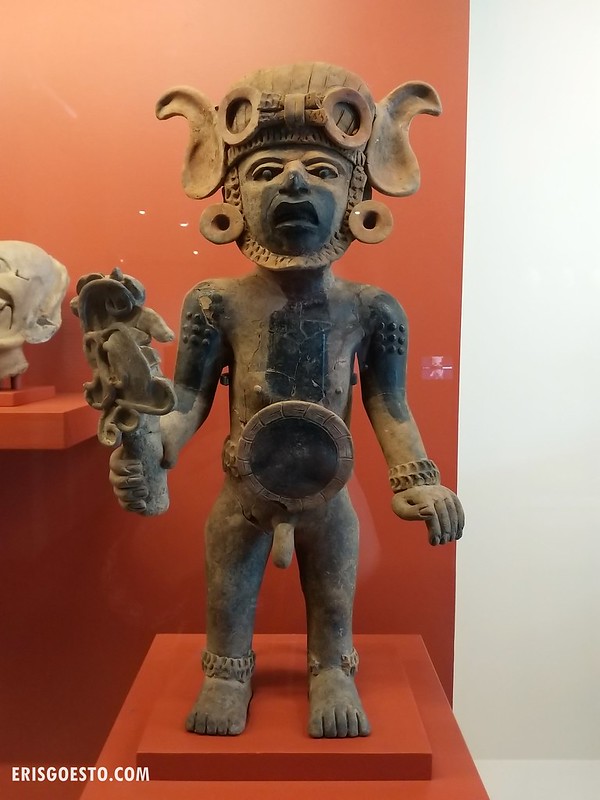 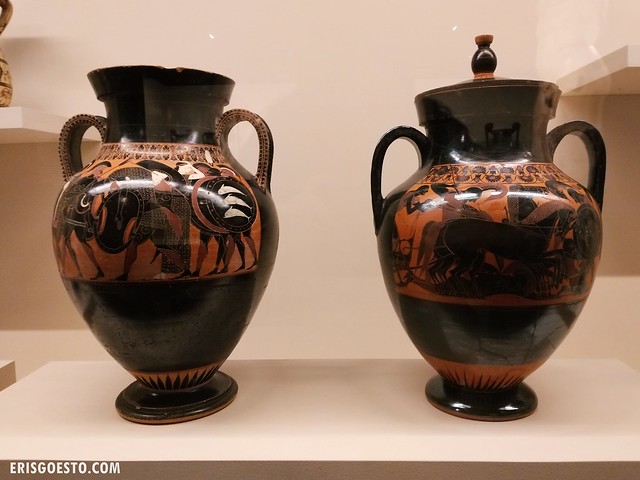 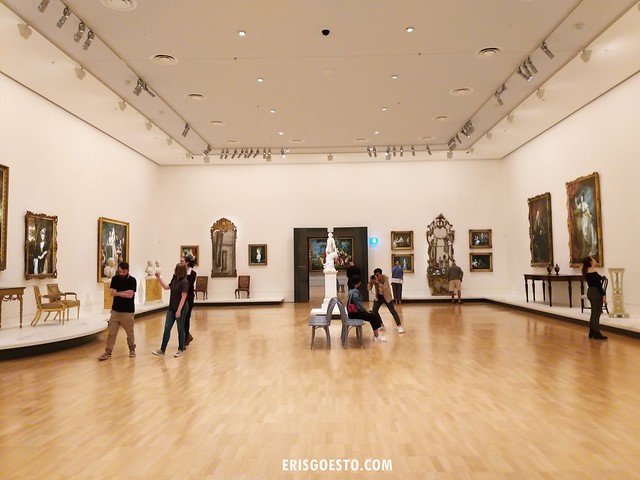 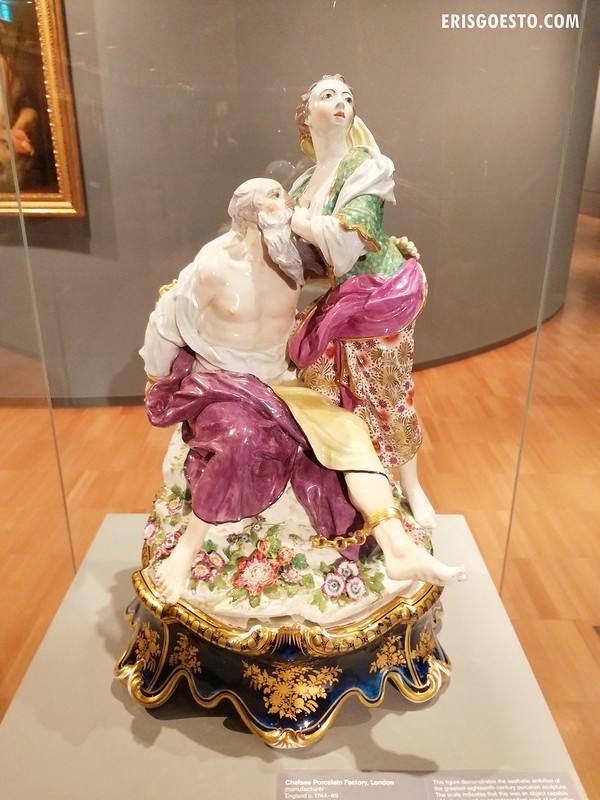 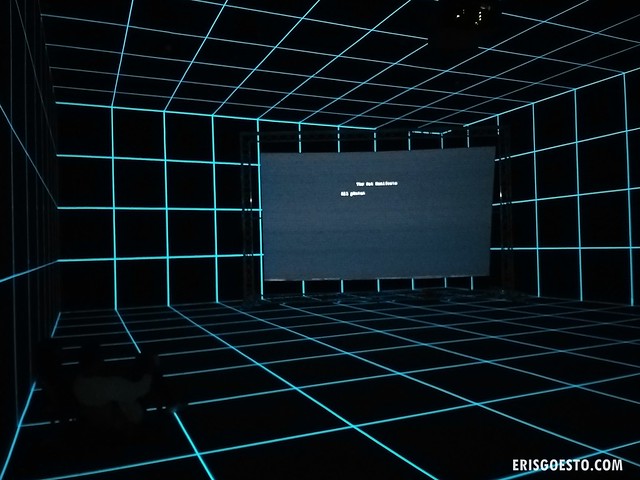 A section dedicated to more contemporary art, using digital projections in a space 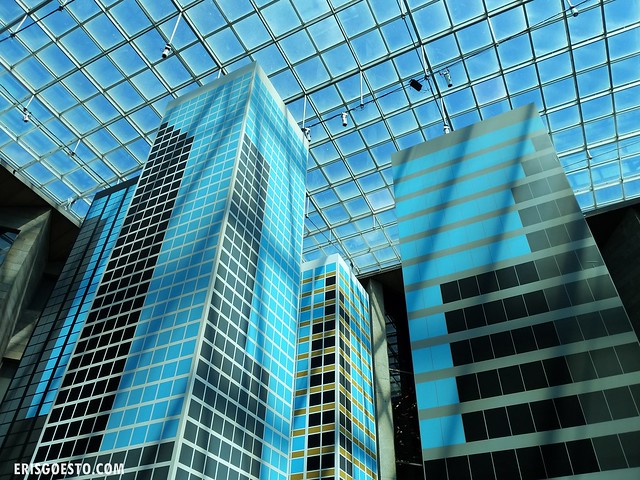 If you’re ever in Melbourne, I highly recommend a visit to the NGV – dedicate at least a whole day if you love culture, art and history. There’s just so much to see within, and I guarantee you’ll leave with more than you came in with. There is also a nice souvenir shop on the ground floor that has a great selection of books, trinkets, gifts and other items to take home.