Remember when you used to be a kid and playing boardgames with your fam/friends (Monopoly/UNO/card games, etc.) was like THE SHIZZ? The laughter, the pure fun, the attempted cheating or the ‘strategist’ (there’s bound to be one in every group) and the funny stories you shared over each game.

Now, try to recall when was the last time that happened. If it’s been awhile, maybe it’s time to put those digital devices, and reconnect.

Boardgame cafes have been becoming increasingly popular in the past couple of years, with multiple outlets around the Klang Valley (Meeples in Subang, Upper Room in KL, etc.) Now, Puchong-ites will have their first: Hex A Box @ Bandar Puchong Jaya. 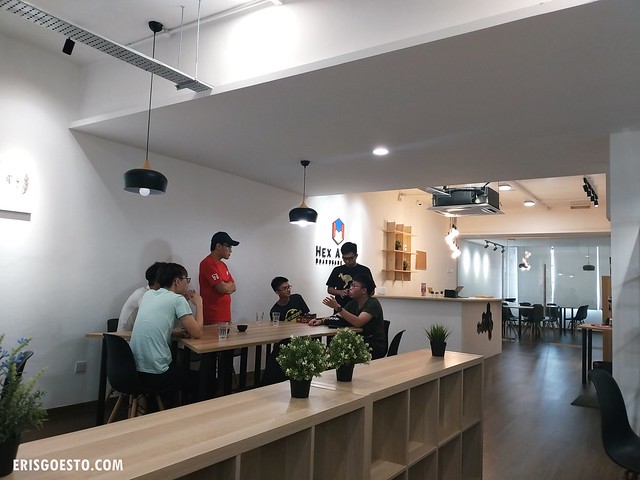 Tucked on the first floor of a commercial shoplot, the space is nicely furnished, with wide open spaces and communal tables designed for large groups. Sound echoes so it can get noisy, but there is a room in the corner if you need a bit of privacy. 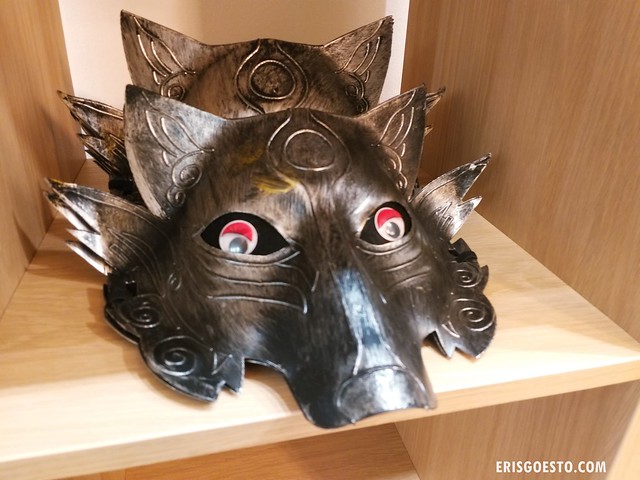 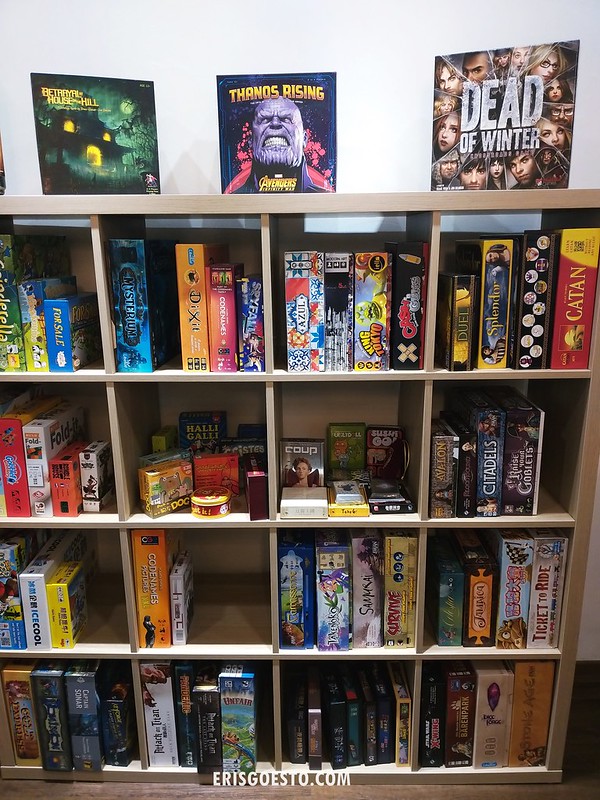 Selection wise, they don’t have as many titles as some other boardgame cafes I’ve been to, but there’s still plenty to keep you occupied!  Since I was there with C, we could only play two-player games, but it should be much more fun with a big group.

They’re currently having a promotion – RM10 per entry for the entire day, so you can play to your heart’s content. There’s also free flow of snacks and water. 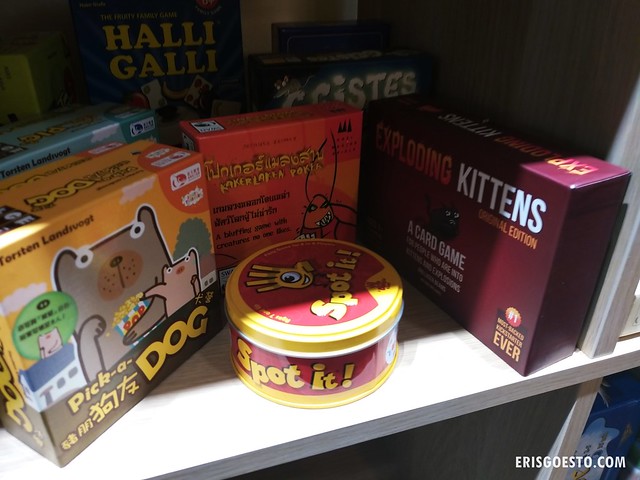 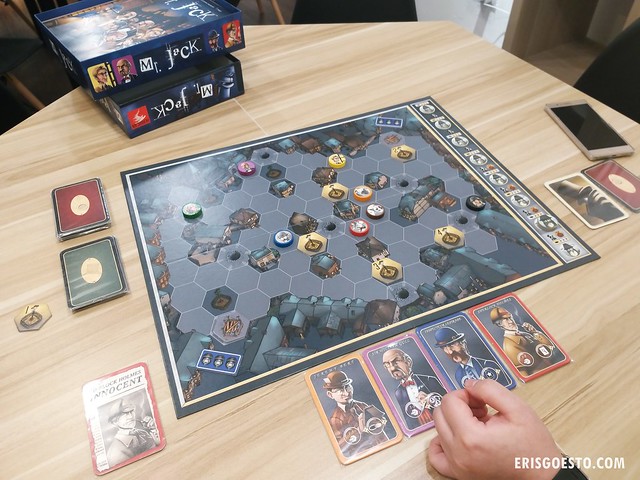 Our first game was Mr Jack, a 2-player game that requires brains and a strategy. The rules can be complicated for the first timer, but you’ll get the hang of it after a couple of times.

One player plays Jack (like Jack The Ripper), the ‘criminal’, and the other, the Detective. The objective of the Detective is to catch Jack before he escapes, while Jack has to evade the Detective and escape through the four exits on the board. Character cards are played to move the counters on the board, each with specific ‘powers’. For example, the Sherlock Holmes card has the power to draw from a pile which determines if a specific character is innocent. Depending on how you play the cards and the counters, you can prevent the other player from guessing who you are (if you’re Jack), or if you’re the Detective, force Jack out of hiding. 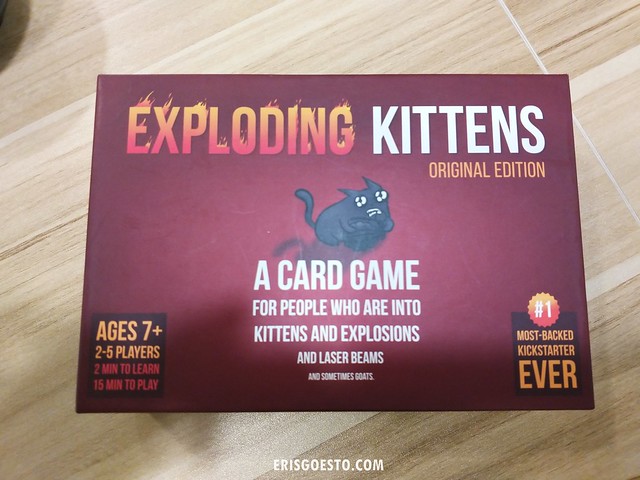 I was really excited to see that they had Exploding Kittens since I’m a big fan of The Oatmeal. This is like UNO but with uber cute and funny illustrations. The player who draws the Exploding Kitten card loses, unless they have a ‘defuse’ card. 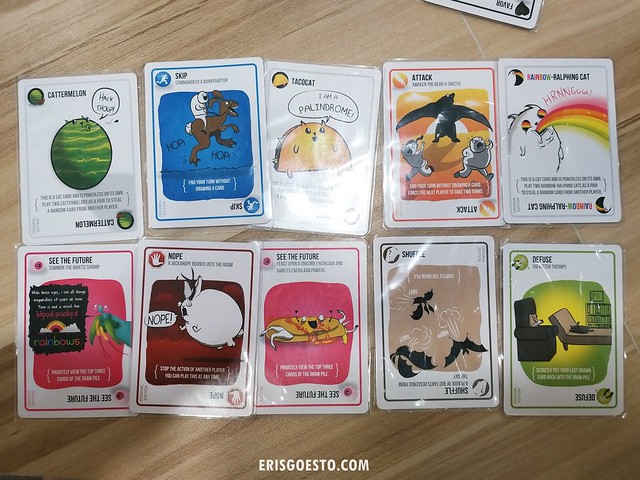 Other cards include draw cards that forces players to draw more cards, See The Future which allows players to see the top of the deck, Shuffle the deck, Skip, Nope which stops your opponent from an action, etc. Easy to understand and lots of fun! 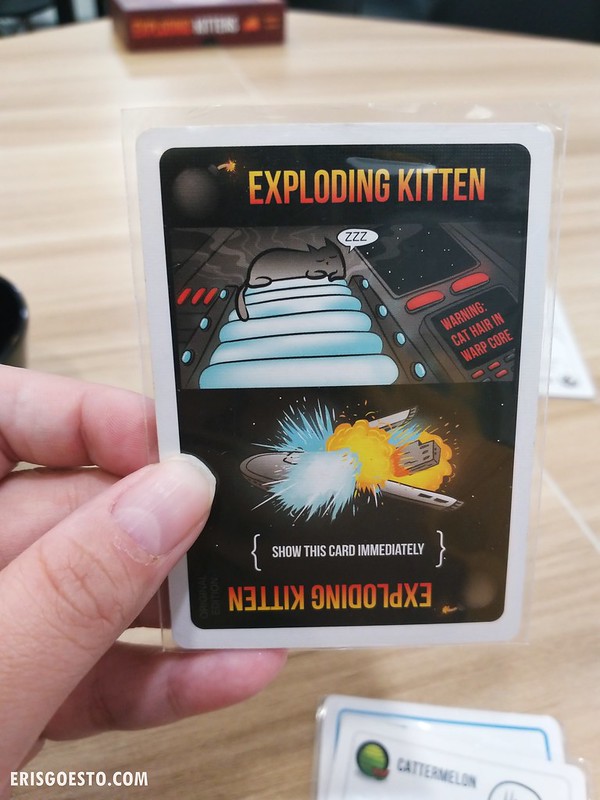 We spent a good two hours, which was more than value for money given the promo. In terms of explanation, the staff were friendly and patient, although explanations for some games were not very clear (they probably need a longer time to get used to it).

One thought on “Hex A Box – New Boardgame Cafe in Puchong!”