When visiting Muzium Negara (The National Museum), most people make a beeline for the main building – so some might not have noticed the building adjacent to it which houses a small but interesting museum well worth checking out. 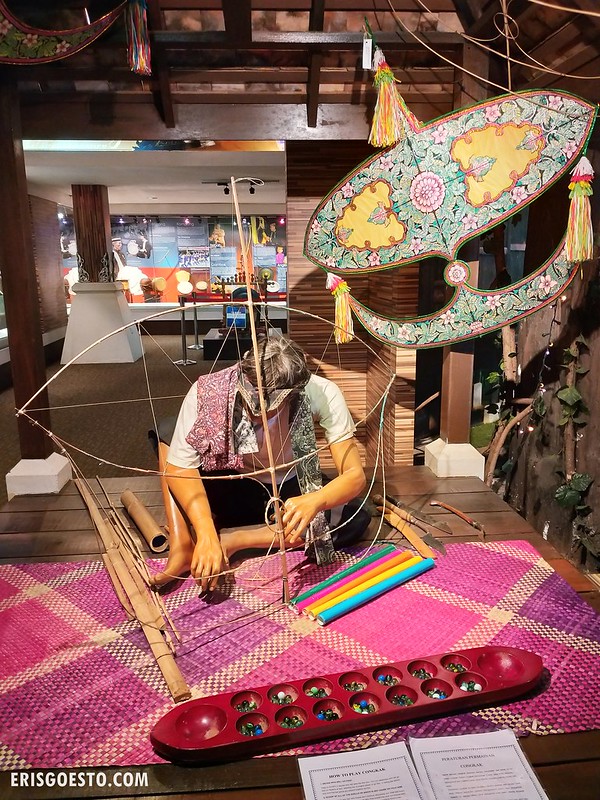 Muzium Ethnologi Dunia Melayu (Musuem of Malay World Ethnology) is dedicated to Malay culture and history, where visitors can learn about traditional games, clothing, accessories, arts and crafts and weaponry, among others. While not very large, visitors will find a good collection of exhibits on display, with detailed descriptions. 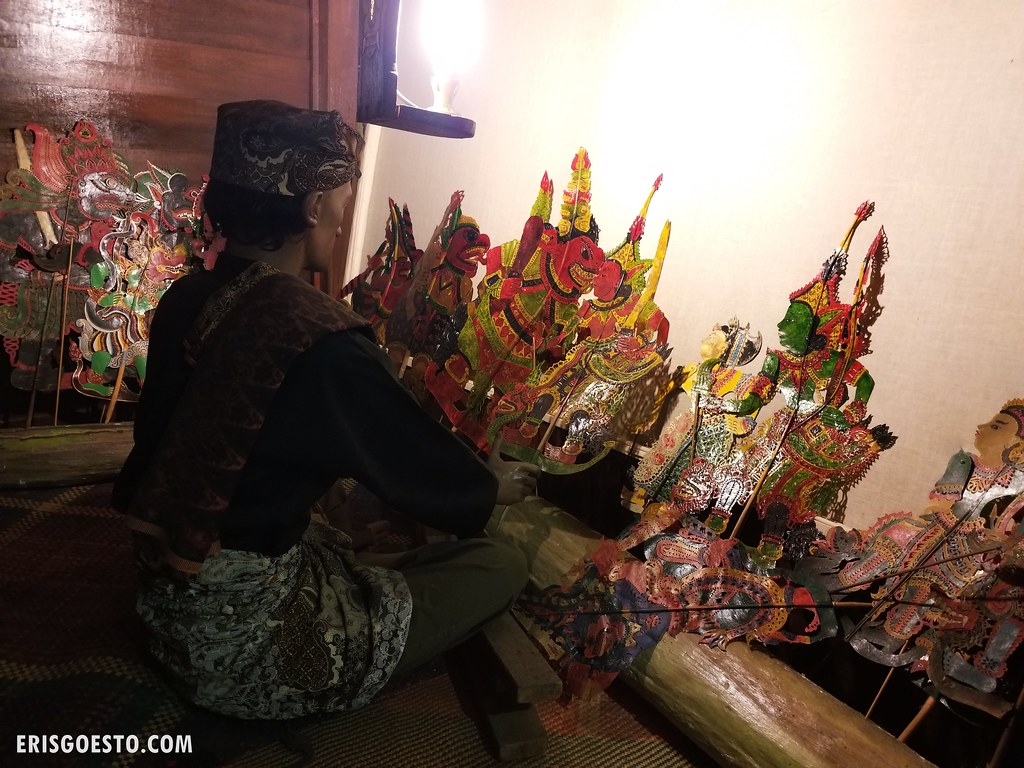 Malay culture is rich and steeped in various influences. This is thanks to the strategic geographic location of the Malay Peninsula which made it an important trade centre for traders from as far as India, the Middle East and China. Wars with powerful neighbouring kingdoms (what is now Thailand and Indonesia), as well as the invasion of foreign powers such as the Portuguese, Dutch and English have also added to the tapestry that is the Malay heritage we know today.

Here are just some of the interesting exhibits you’ll be able to see: 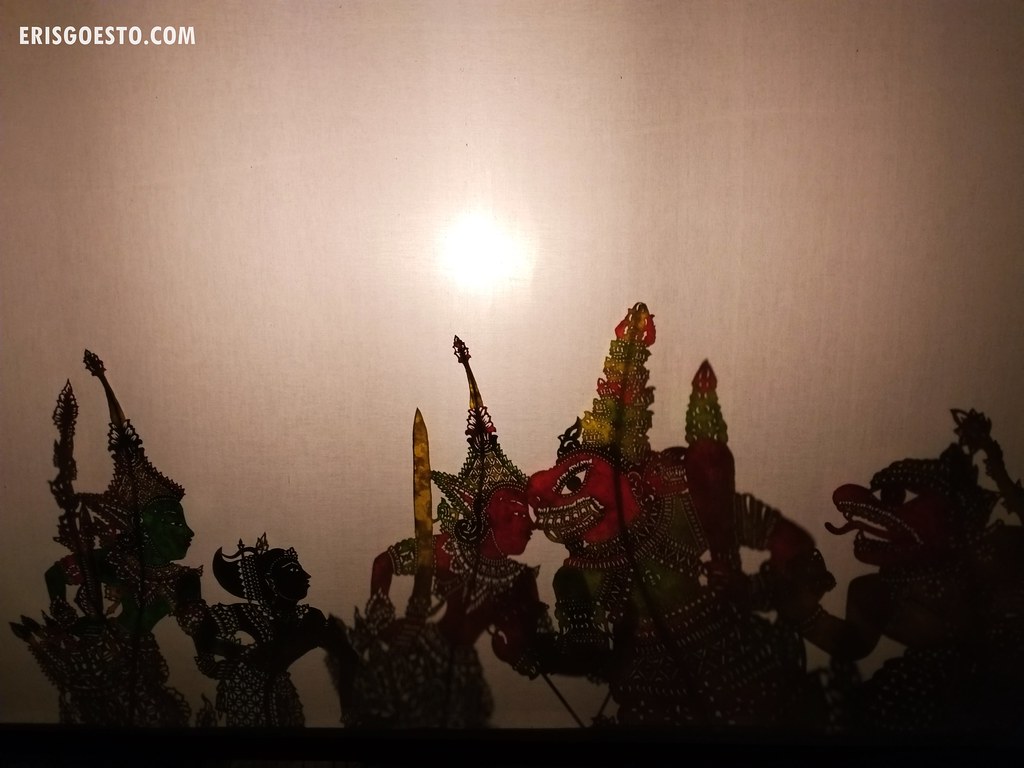 Like many cultures in Southeast Asia, Malay culture has its own form of shadow puppetry, called wayang kulit (literally ‘skin performance’) – so called because of the cowhide leather that the puppets are made from. They often feature mythical characters and have a moral lesson behind their stories. 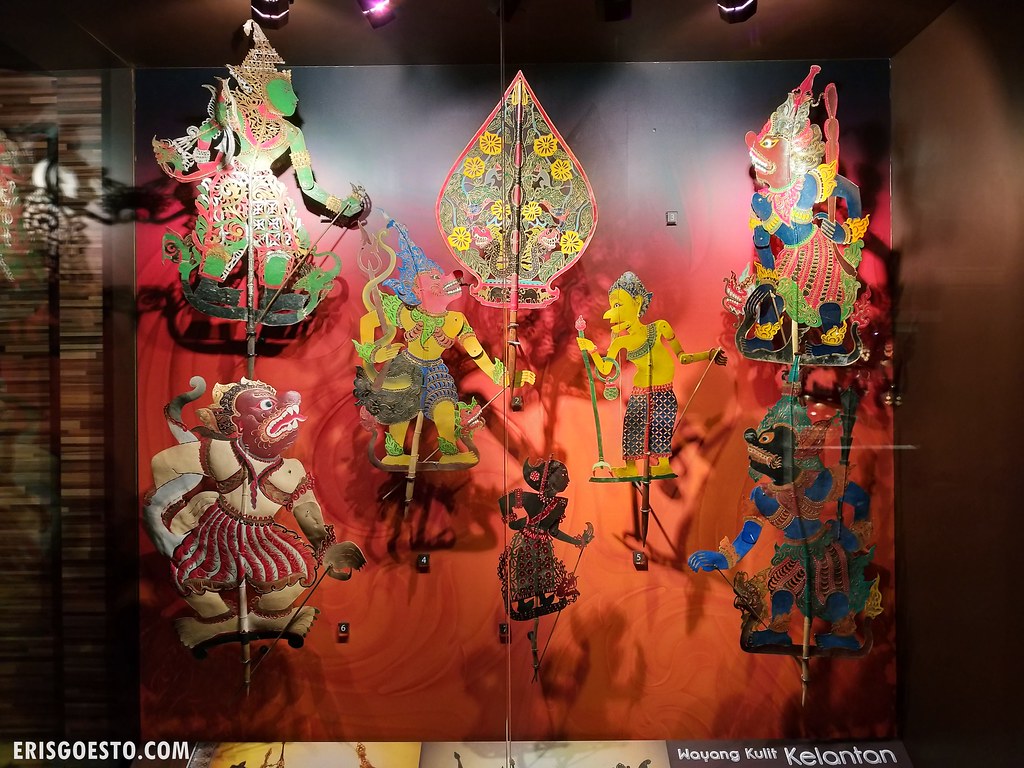 The northern state of Kelantan is particularly well known for its wayang kulit, with designs carrying a strong Thai influence, where as in the southern state of Johor, the wayang kulit is influenced by the Javanese Indonesian style, brought over by Javanese immigrants. The puppets are supported on sticks or buffalo horn handles and moved around by a puppet master, with characters voiced by different actors. The shadows are projected onto a cotton cloth using an oil lamp. You could say it was the earliest form of ‘animation’ or ‘cinema’. Performances are often accompanied by traditional gamelan music. 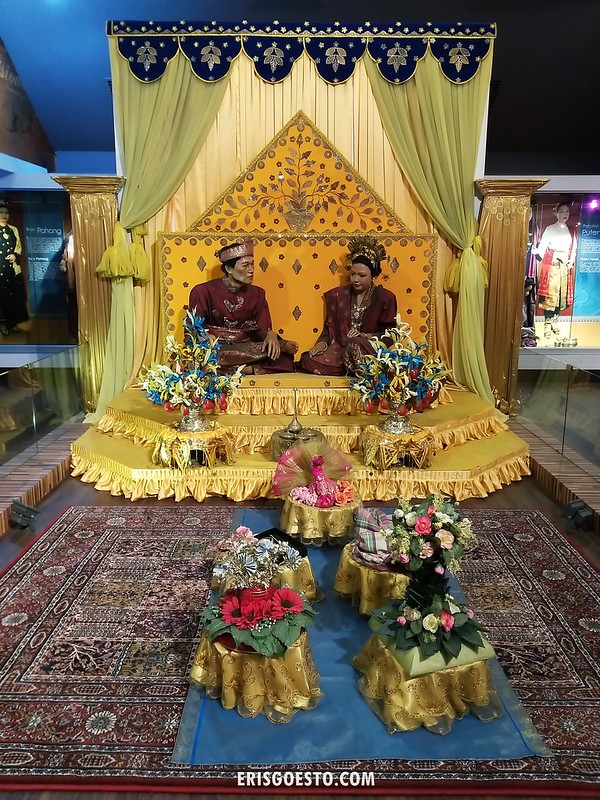 Bersanding is an integral part of a Malay wedding. The bride and groom are seated at a pelamin (an elevated platform, usually elaborately decorated) side by side, and a reception is held for family and friends. Traditionally, one would find items such as bunga telur (a decorative ‘egg’ flower to represent fertility), although these are becoming rarer in big cities. Certain other traditions such as spraying rose water and pouring scented petals onto the couple are also slowly done away for the sake of convenience. 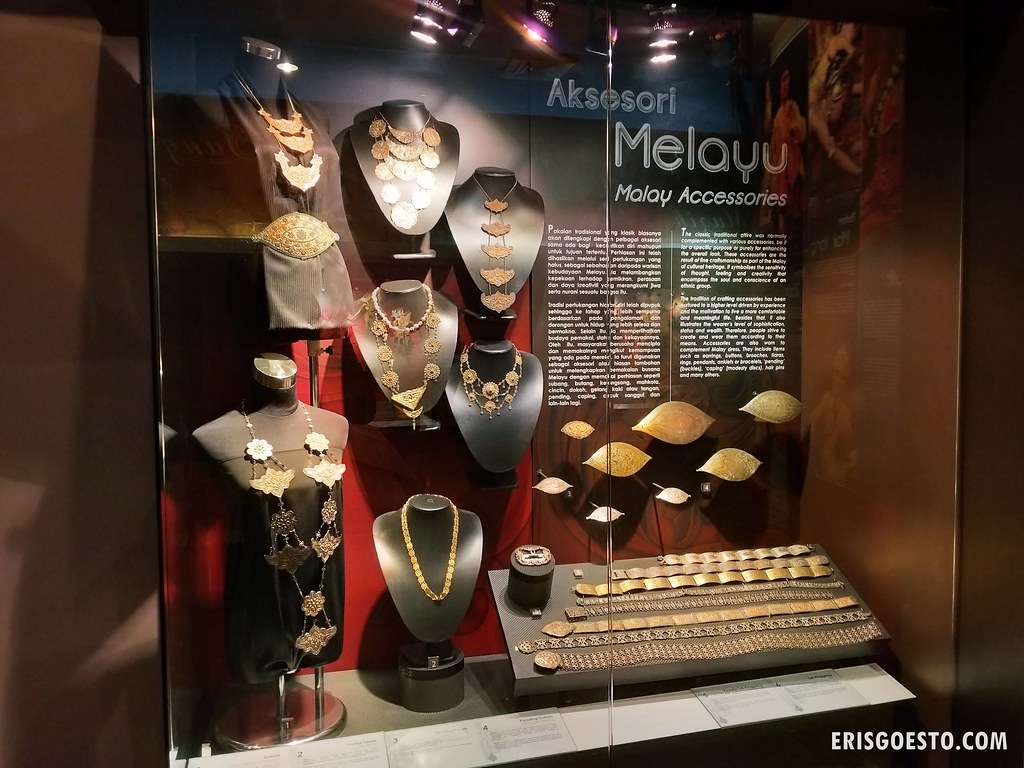 Malay culture is renowned for its craftsmanship and artistry, especially in gold and metalwork. Geometric patterns and floral motifs are common. In traditional Malay society, the quality of the jewellery worn, such as brooches, pins, earrings, belt buckles and necklaces in gold, silver and other precious metals often indicated wealth and status – so the more intricate the piece, the more important the person or his/her family. 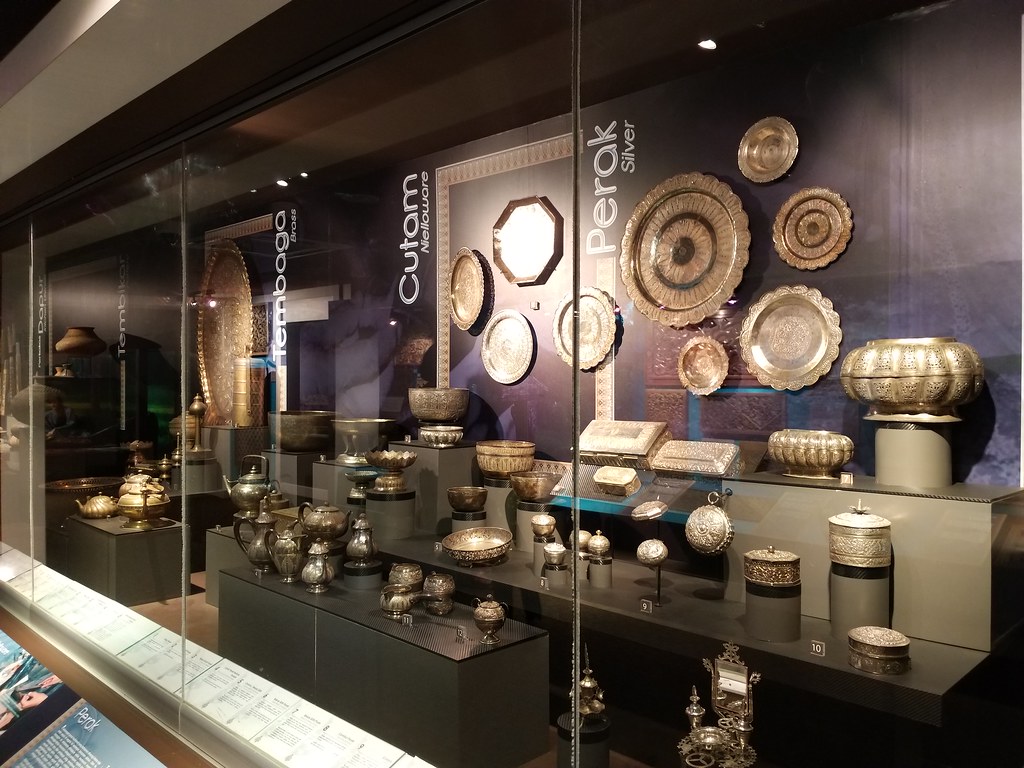 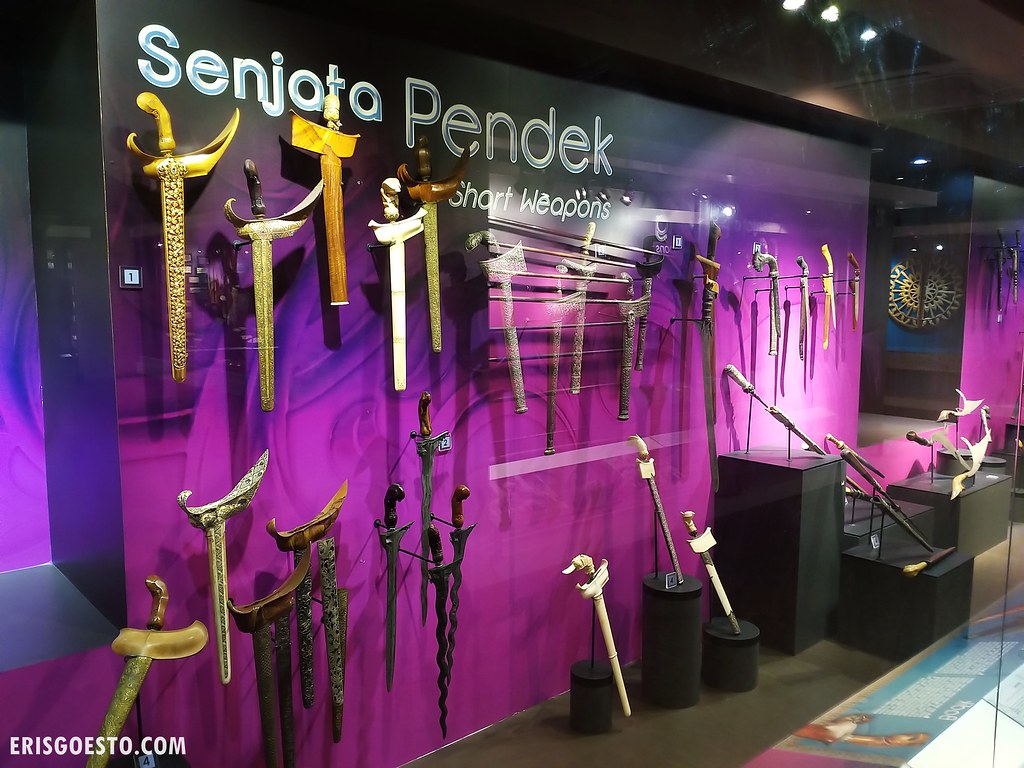 When it comes to Malay weaponry, the most well known of all is definitely the keris, an asymmetrical dagger with a wavy blade – also a symbol of Malaysia’s royal families. The keris can come in a variety of designs (there are also straight-bladed keris), with a meticulously carved handle and sheath inlaid with precious stones, wood, gold or ivory. It is said the wavy pattern made it easier to rend through an enemy’s flesh. 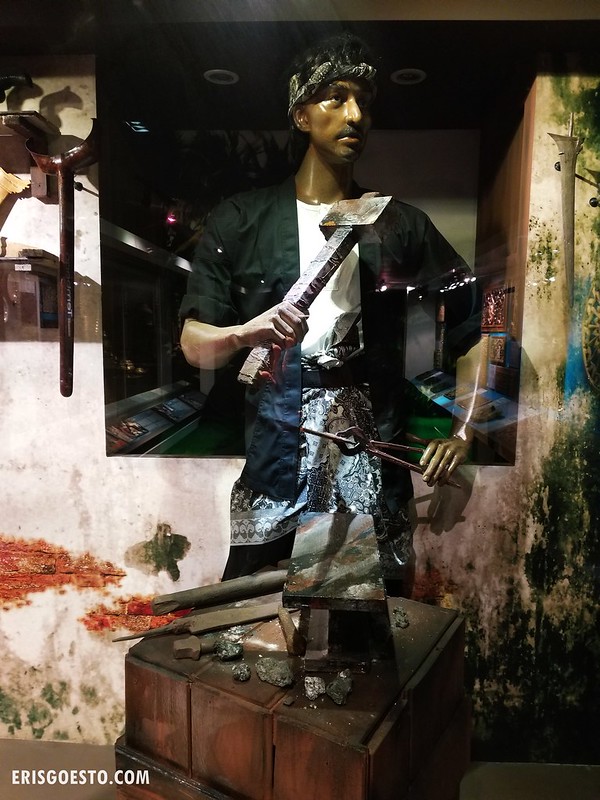 Diorama of a Malay blacksmith circa 15th century 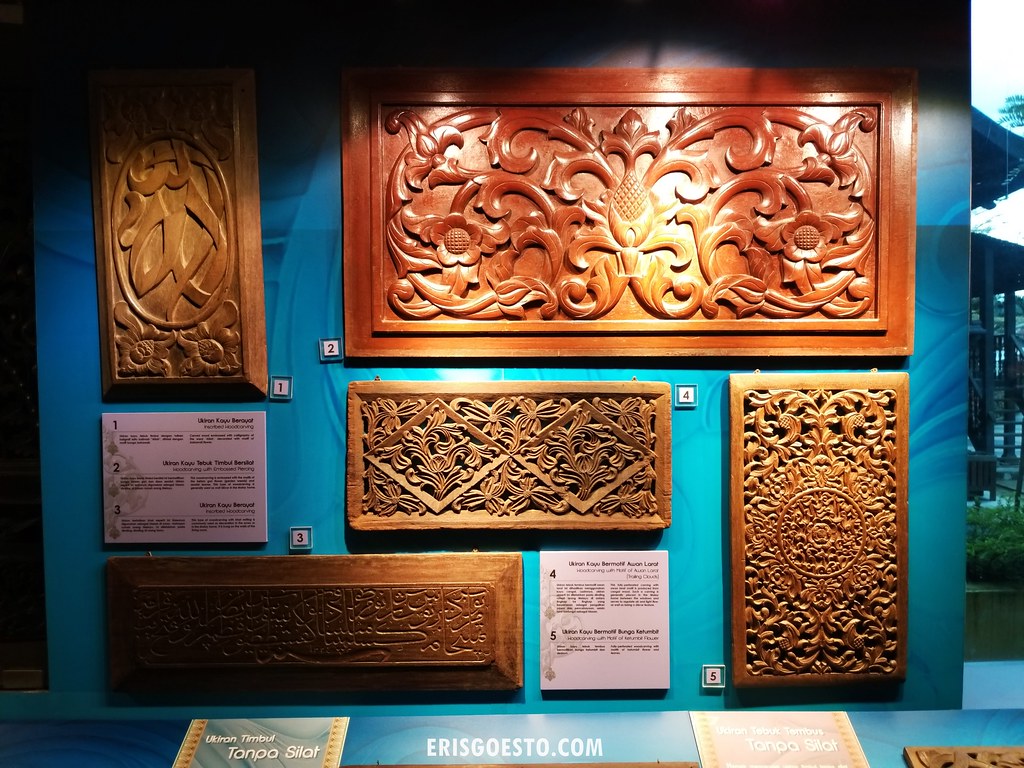 Woodwork and woodcarving is another area that the Malays excel in, and you’ll see this applied in everything from architecture to carpentry. Decorative wall hangings (above) feature geometric and nature motifs (flowers, clouds) as is common in Islamic design, or Islamic verses in Jawi (bottom left). 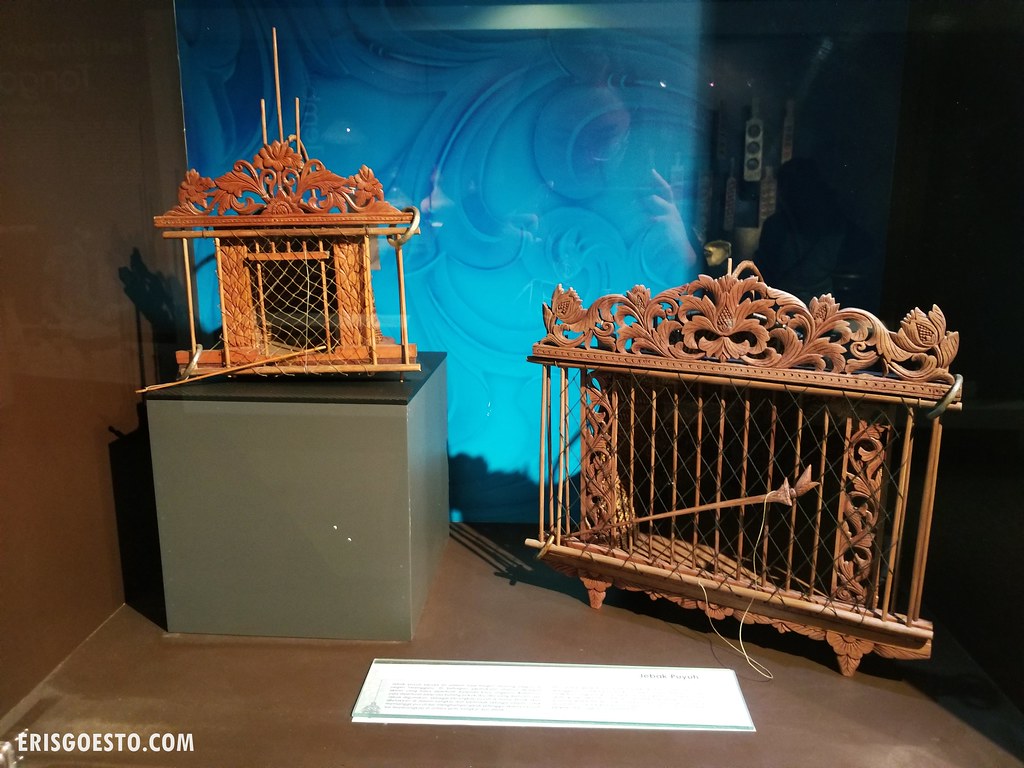 These interesting contraptions are quail traps! You can see even these have a lot of effort put into them from the beautiful cage fronts. 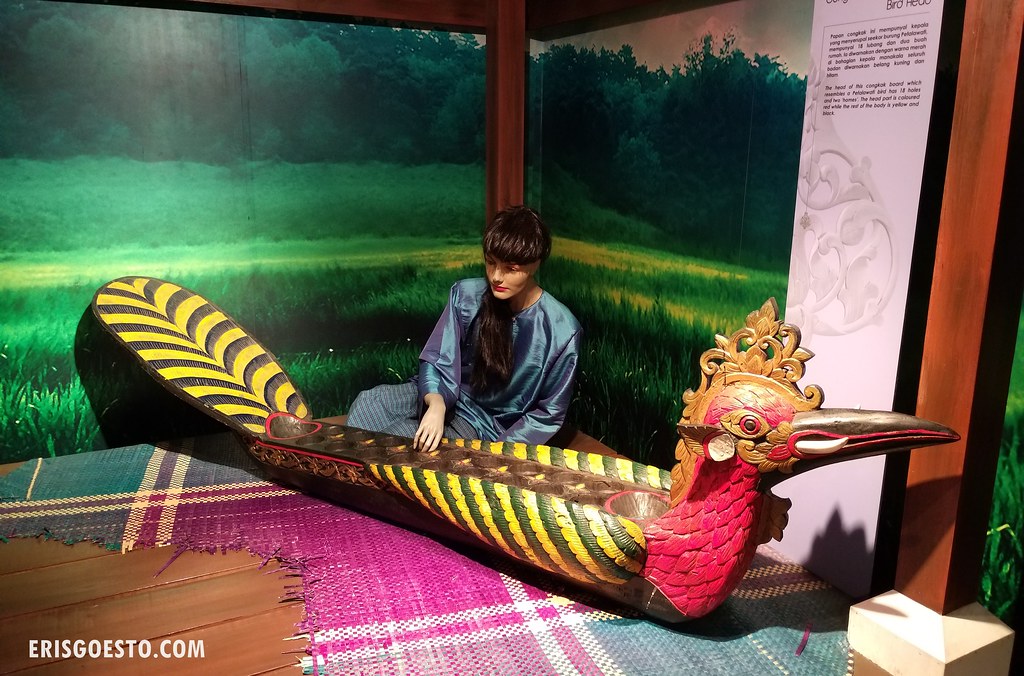 Congkak is a mancala game involving two players and a board with a number of ‘holes’ and two ‘homes’ at each side. The objective of the game is to get as many seeds into the player’s respective home, and involves a measure of strategy, speed and skill. The game was played by people from all classes, although the wealthy would have nicer congkak boards such as the one above shaped like a large and beautiful bird. 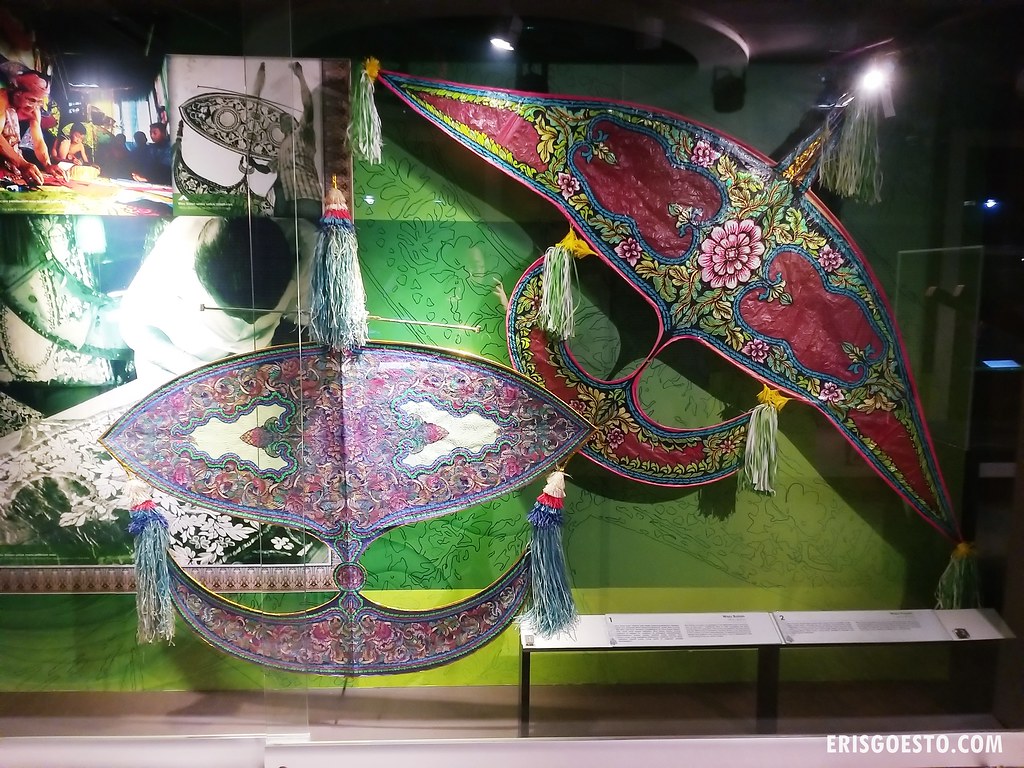 And then we have the Wau – giant kites that span over a metre in length that are flown as much as for sport as they are for recreation. Wau-making competitions and wau races are still popular until this day, dotting the skies with a rainbow of colours during tournament season. The Wau Bulan (moonkite) is unique to the state of Kelantan, and is also used as the symbol of the Malaysian national carrier.

So there you have it! Not a big museum but a nice one filled with interesting things to see. Be sure to check out the Museum of Malay World Ethnology while you’re at Muzium Negara! Entrance is RM2.

Also while you’re here, there’s a replica of a traditional Malay house on stilts sandwiched in between the MWEM and the main building. 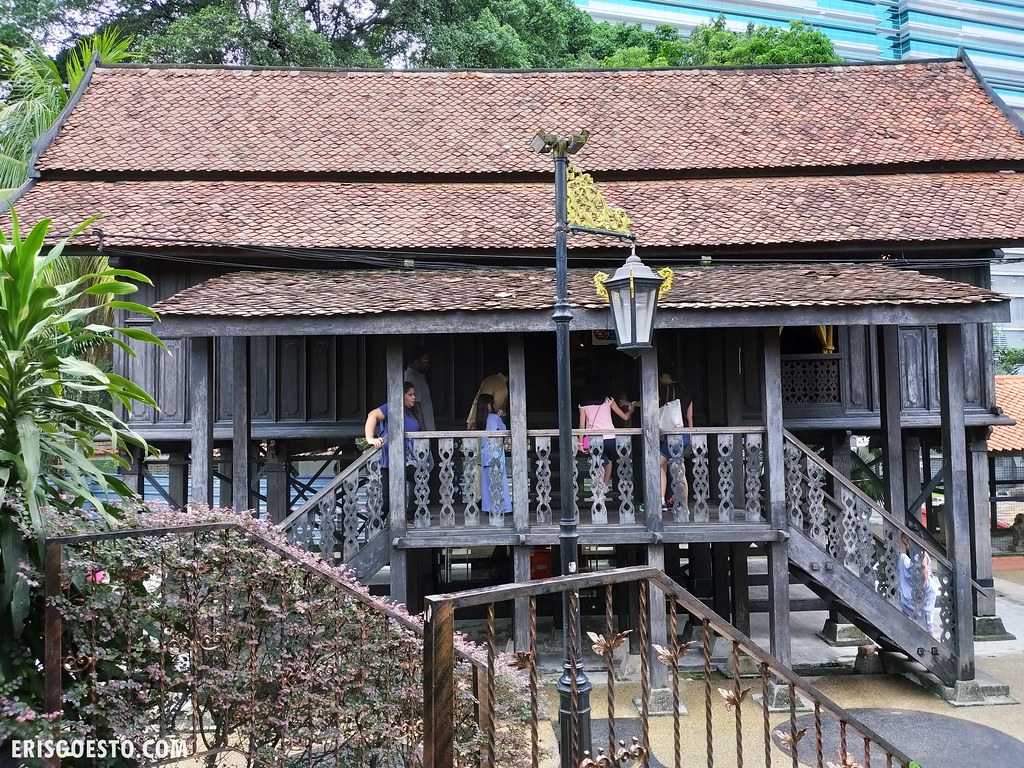 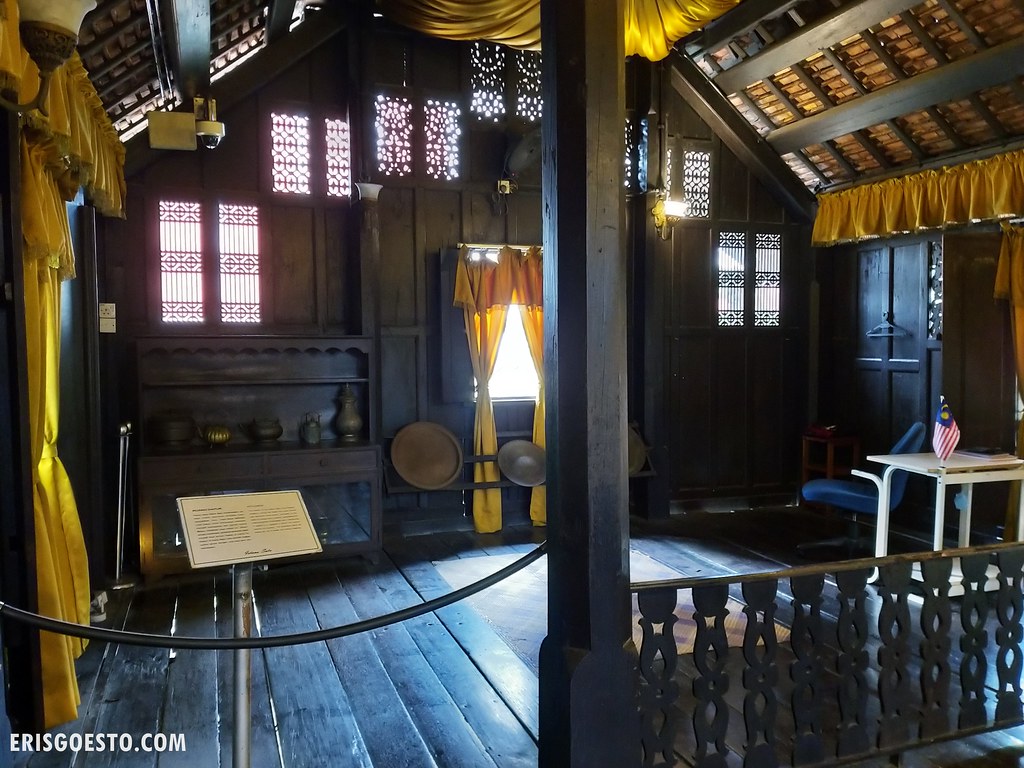