Here’s a short and sweet entry on where to get good Char Kuey Teow if you’re around the PWTC area in Kuala Lumpur. Pop into Sunway Putra Mall, head up to the 4th floor food court and look out for Lorong Seratus Tahun (literally 100-year-old alley). The restaurant specialises in dishes from Penang, such as Curry Mee, Prawn Mee, Assam Laksa, Cendol and more. 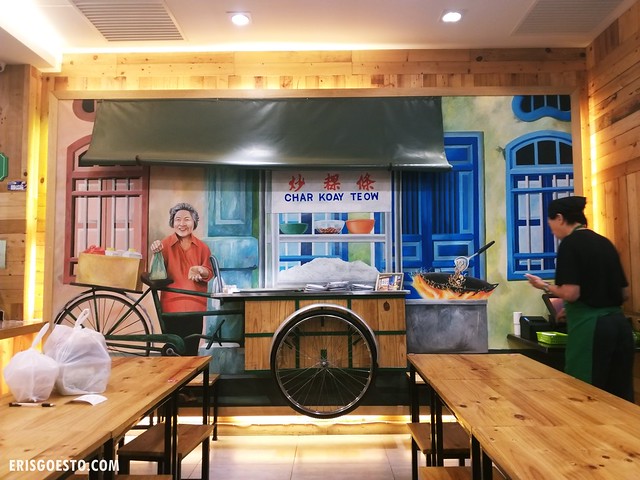 The mural is a tribute to the original Lorong Seratus Tahun stall, which was started as a pushcart in the 1960s. 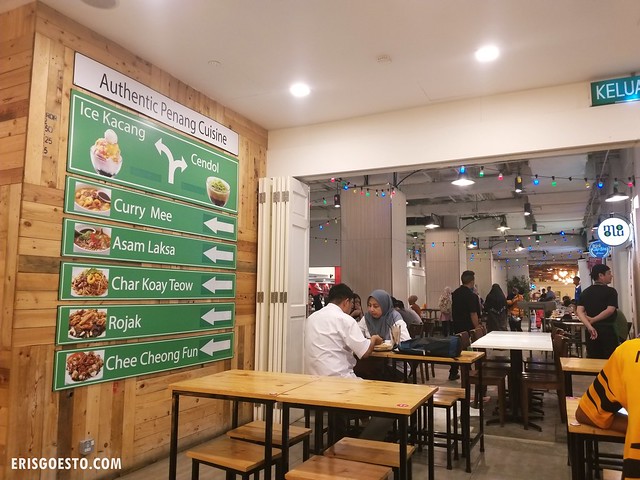 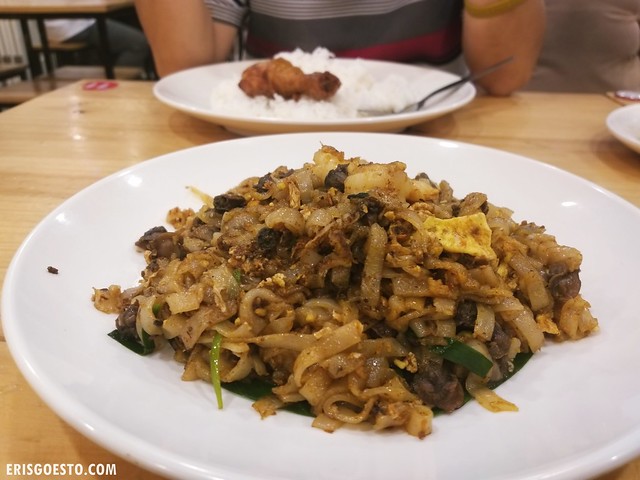 Moo had the Lemongrass Chicken with rice, while I ordered the Char Kuey Teow (RM13.90) with extra cockles (RM3) and no beansprouts (hate those things, unless if they’re from Ipoh. Lol).

The first thing I noticed was the width of the flat rice noodles, which was about half of the regular version. The portion was very generous – you could share it between two small eaters. Not much chives, which is also the way I like it.

An important element of a good plate of char kuey teow is ‘wok hei’, or ‘breath of fire’ as we call it in Chinese. This can only be achieved by frying the ingredients over a large and fierce fire, sealing the flavours in and giving them a smoky aftertaste. It’s not as easy as just tossing everything in though, as the fire needs to be controlled well or you’ll end up with charred bits. The char kuey teow here had great wok hei, and the noodles had an al dente bite with good seasoning and flavour. Definitely one of the better char kuey teows I’ve had in a long time – and you get to enjoy it in an air conditioned setting.