We learn of him in history books, but ask many young Malaysians and they probably can’t tell you who Za’ba was. Which is a shame, because the contributions he made to the country and the Malay language are phenomenal.

Born Zainal Abidin Ahmad in 1895, young Za’ba displayed an affinity for languages and knowledge from a tender age. He became the first Malay to pass the Senior Cambridge test in 1915, when Malaya was still under British colonial rule. Through the years, he played the role of scholar and educator, teaching at various schools whilst writing essays. He wrote the Pelita Bahasa – a series of monographs which became the basis of the modern Malay language that we use today – and his social commentaries in newspapers and magazines contributed to the rise of nationalism, subtly influencing the way to independence. The pen is mightier than the sword, indeed. 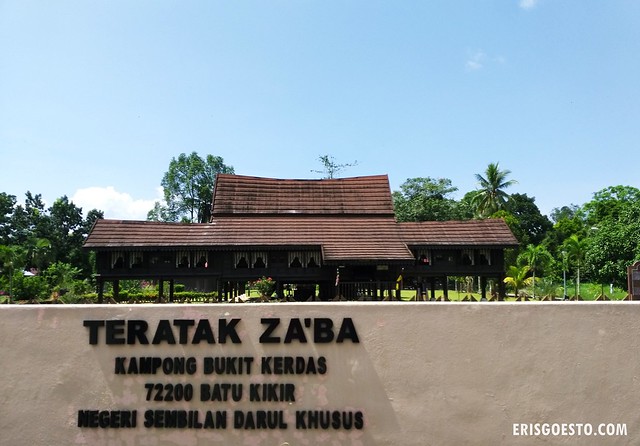 Za’ba was born in Batu Kikir in Negeri Sembilan. Teratak Za’ba – a museum and monument to his legacy – was opened here in 2001, to honour his memory and contributions. The museum is done to resemble a traditional Negeri Sembilan Malay house, the likes of which are difficult to find today, and is well worth a visit if you’re in the area – if not for the history then the architecture. 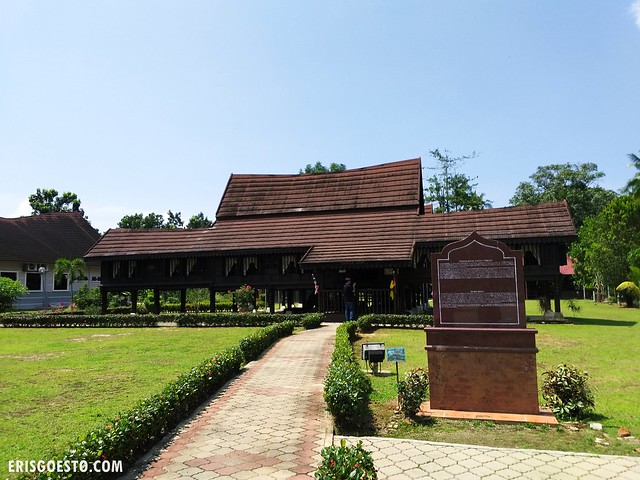 The slightly curving roof hearkens to the state’s Minangkabau roots. The building sits on stilts and is made of chengal, a type of hardwood tree that is resistant to rot and weather. 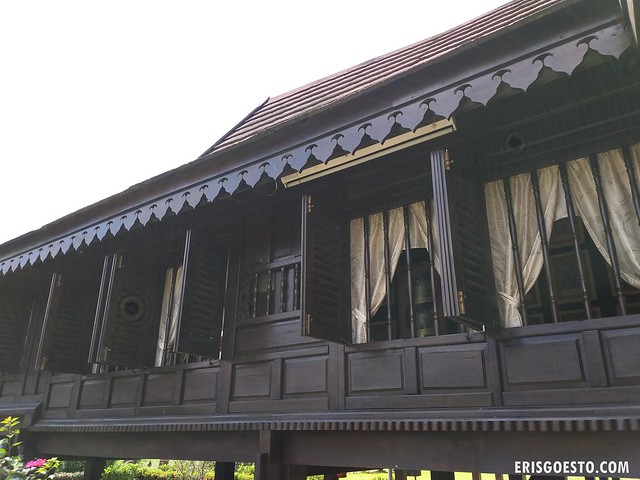 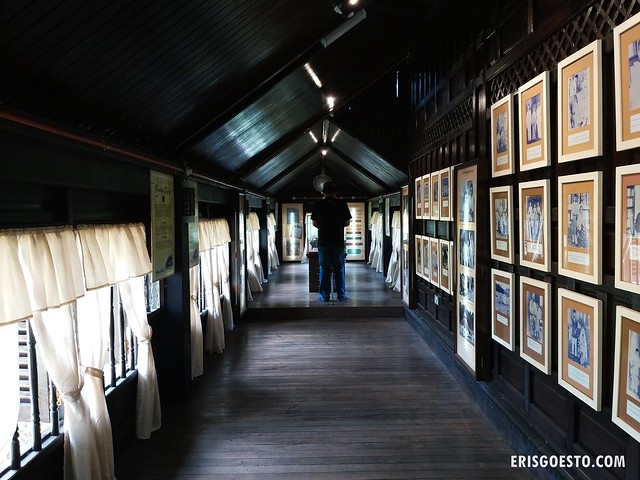 Entering the house, it feels cool, even with the scorching heat outside. Our guide explains that the first section of the home – a spacious corridor – was basically the men’s quarters, where they would eat, sleep and convene. The inner quarters were for the women, and men were not allowed in. 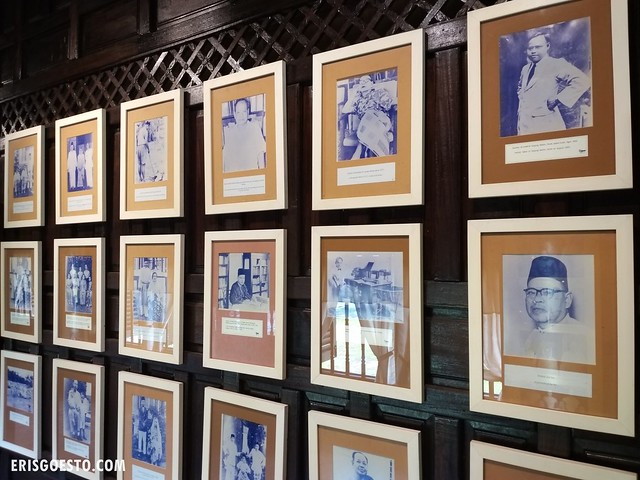 Photos of Za’ba through the years – family portraits, at work, snapshots of a life well lived. 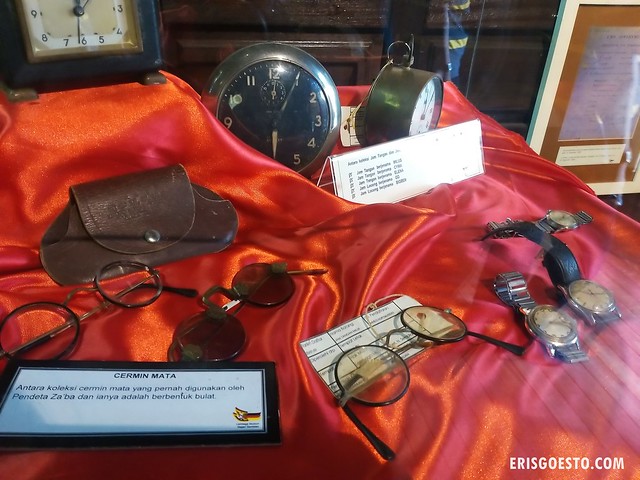 The museum is home to some of his personal possessions, such as his trademark round glasses, watches and clocks. 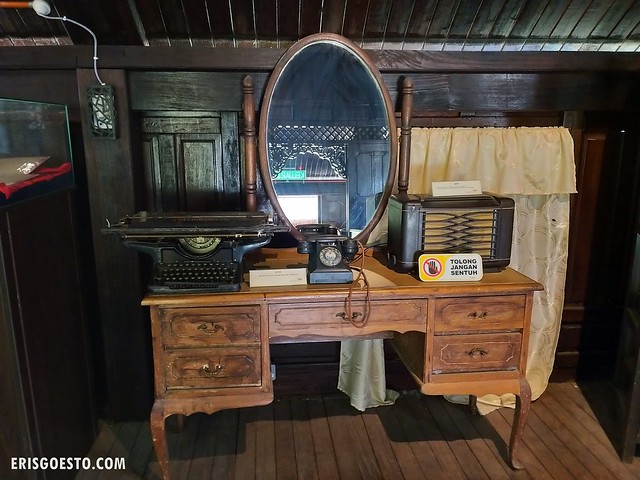 Old typewriters, phones and a dressing table complete with mirror. What has it seen? 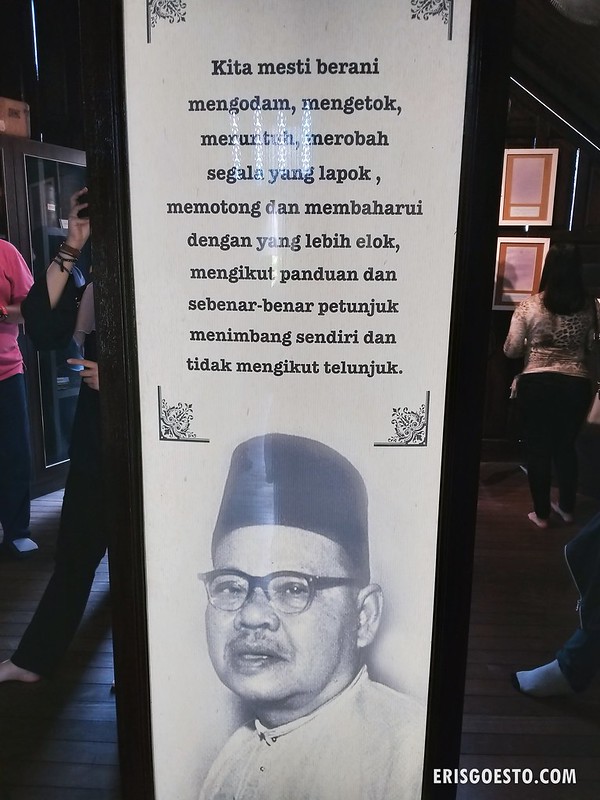 I will not sully these beautiful words with translation. 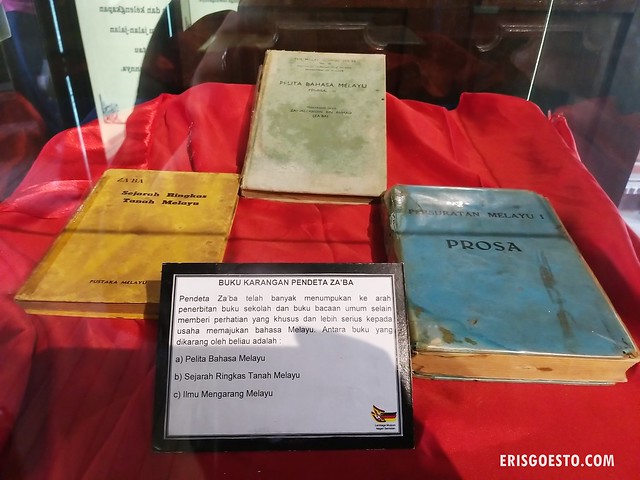 Although small, Teratak Za’ba is worth a visit for those who like history. It also offers a glimpse into the life of a great scholar and writer, whose writing paved the way for a better future, for the nation and its people.