SO I took a 10-day break a couple of weeks ago to accompany the Boy who was visiting Malaysia – and one of the places we went to was Genting Highlands. For those who have never been here before, it’s basically a huge mountain resort with the only (legal) casino in the country. Works are ongoing for a new Fox Studios Theme Park, but the opening date keeps getting pushed back, and it doesn’t look like it will be up and running anytime soon.

Even so, there are lots of fun things to do in Genting, so here’s our 2D1N itinerary (for reference)!

Note: This is not a ‘budget’ itinerary; I actually blew quite a lot of money there, not from gambling but from food. lol

There are several ways to get to Genting. Driving takes about an hour from KL, but there might not always be parking spots (especially during the holiday season or weekends) and the roads are fairly steep, so some cars might not have enough power to go up the hills (cough mine cough)

You can also take a cab from KL, although this will set you back more than RM100. Something to consider if you are going with a group, so you can split the cost.

The third option is to take a Resorts World Genting bus from KL Sentral, where they depart hourly. It’s super cheap and you can opt to purchase a package that includes the cable car (the bus does not go all the way up to the resort). You can catch the bus at the basement of KL Sentral – just follow the signs. The entrance is to the left of the escalator going up to Nu Sentral mall. 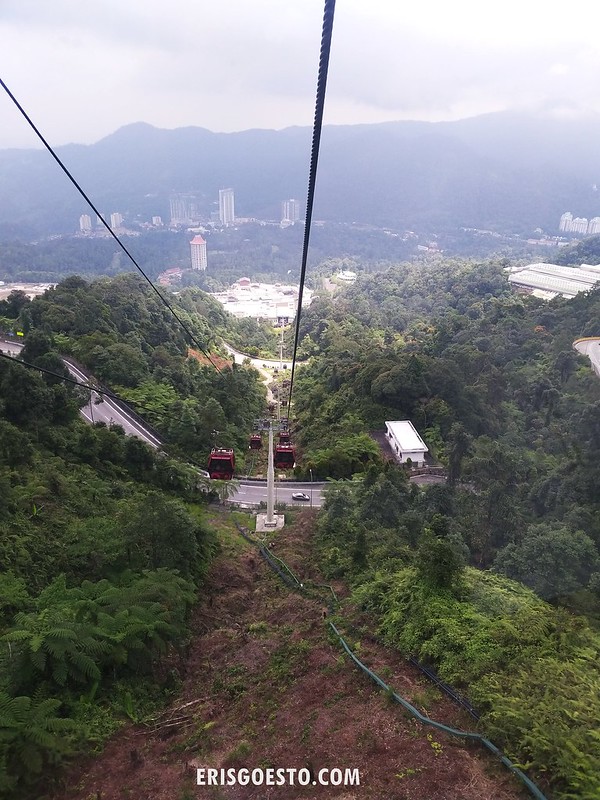 Bus ride takes an hour and stops at the Awana Sentral Cable Car Station, which is also where you will find the Genting Highlands Premium Outlets. If you like branded goods at discount prices, GHPO is a good place to shop for brands like Sacoor Brothers, Adidas, Furla, Calvin Klein, etc. 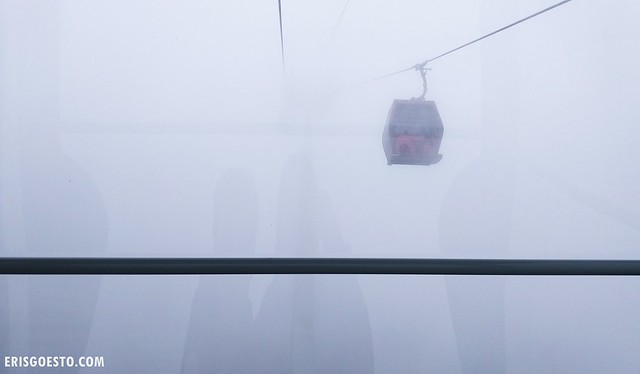 The cable car ride takes another 15-20 minutes. The weather was super foggy during our visit; we could barely see the gondola in front! 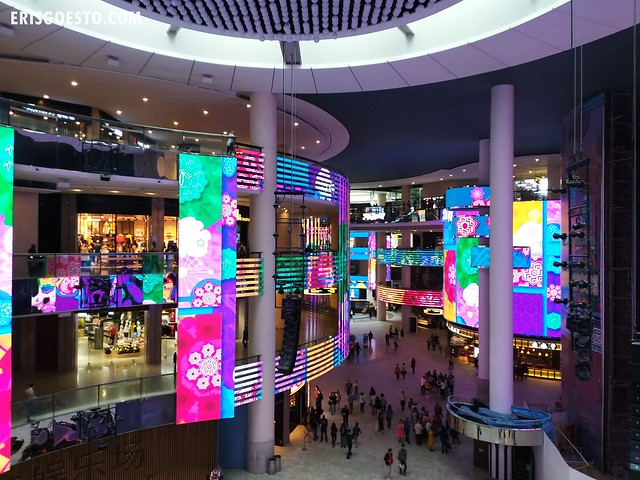 The cable car takes you directly to Sky Avenue, one of the resort’s newer shopping malls. The older sections are being refurbished to make way for new outlets and attractions, so there isn’t too much to explore atm, but there’s a nice selection of retail outlets, mostly clothing and food. The SkyCasino is located on the ground floor. 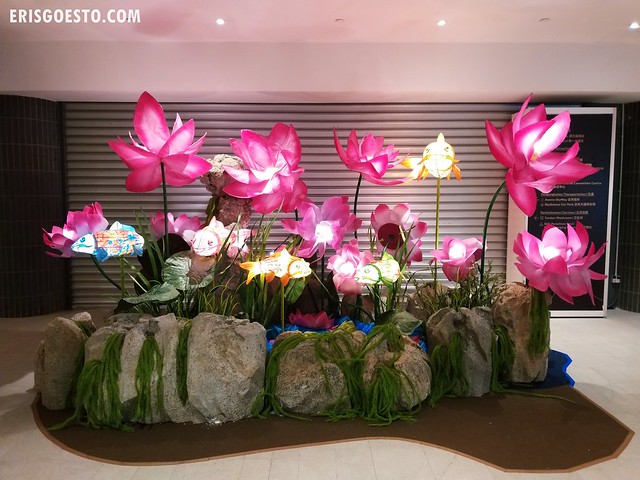 Speaking of hotel room, there are several hotels within the resort to choose from, each with different price points. The most luxurious one is Crocksford, which I recently had the pleasure of staying at for work. But without the media badge I’m sadly relegated to commoner status lol so I could only afford the budget First World Hotel.

First World holds the Guinness Book Of Records for Largest Hotel in the World, with over 7,300 rooms! We had a standard room with a Queen Bed, costing RM100. 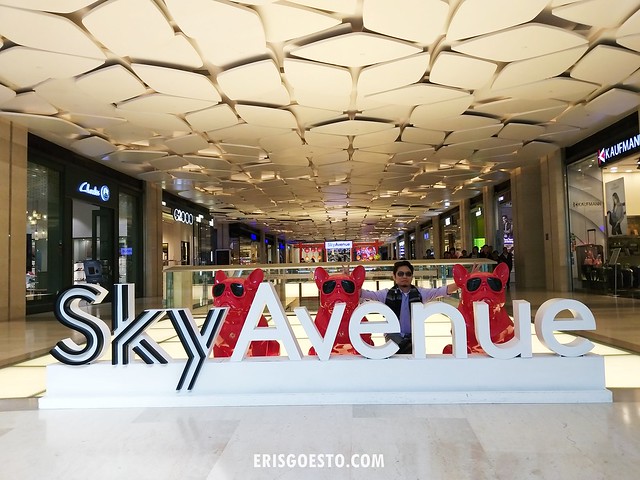 One thing I don’t like about the mall is that there. are. no. chairs. I think they want you to walk around and explore as much as possible but when I came with my mom, who is elderly, we couldn’t find any place to rest at all… unless we bought a drink at a cafe and sat down within. Maybe that’s their strategy for driving people to shops. 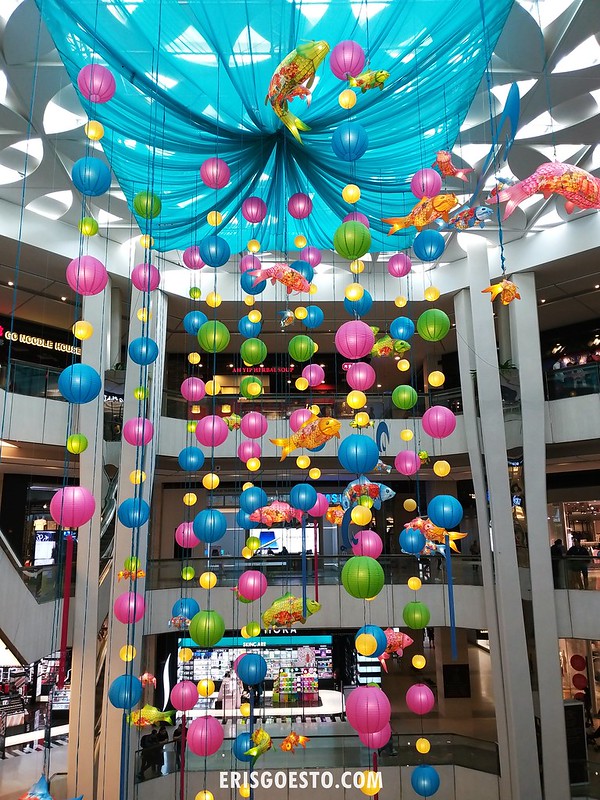 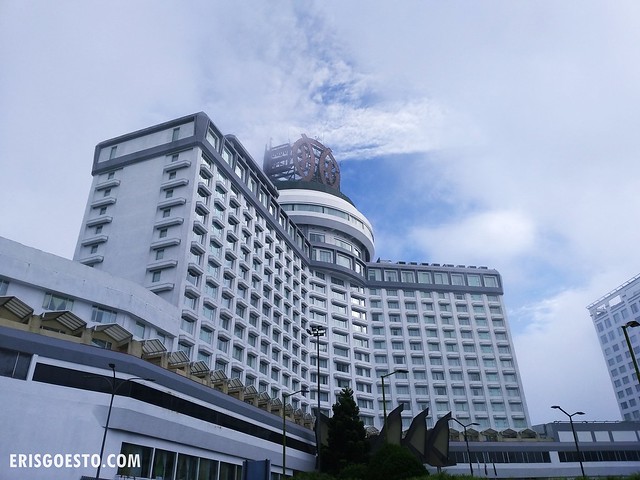 View of Genting Grand from the outside. The sun and blue sky came out for awhile 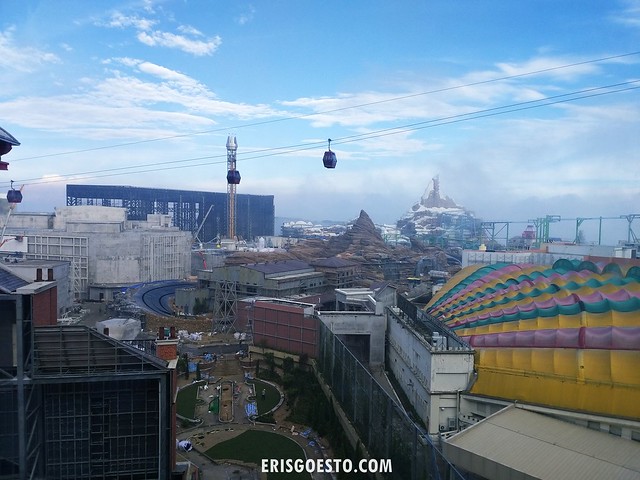 The yet to be completed Fox Studios Theme Park. It still seems like there’s a long way to go. 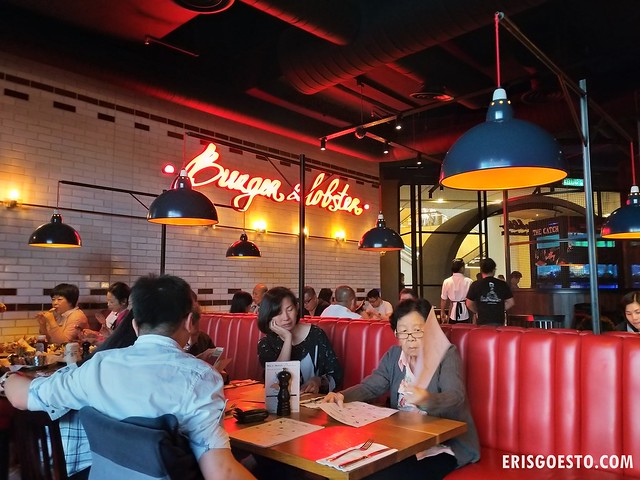 Dinner was at Burger & Lobster, the beloved London franchise that serves… well, burgers and lobsters. The outlet has been going strong since it opened in Malaysia two years ago, and even though it was a Thursday, the queue was pretty long – a good thing we got there early! 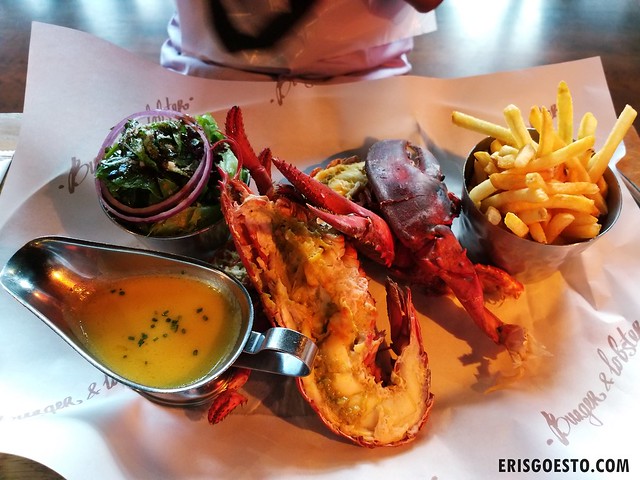 Boy had the Original Lobster, steamed and served with their signature Lemon & Garlic Butter sauce.

Fun fact: Live lobsters are flown in from Nova Scotia in Canada and kept in RWG’s facilities to ensure freshness. 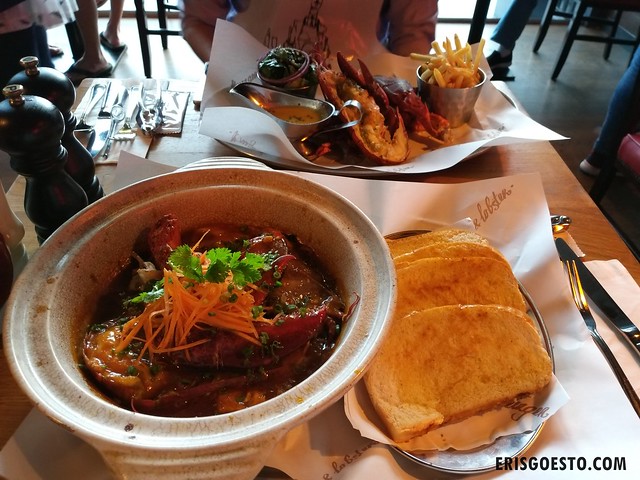 I had Chilli Lobster – a special dish made exclusively for B&L Malaysia. It’s similar to Singapore’s famous chilli crab, but with lobster instead – and it’s served with thick and fluffy brioche slices. It was good, albeit a tad salty, but the brioche was excellent to sop up the gravy.

**For some reason, I was less impressed on this visit. The lobsters were good but they weren’t like WHOA, as compared to when I ate here when they first opened. Law of diminishing returns in action? 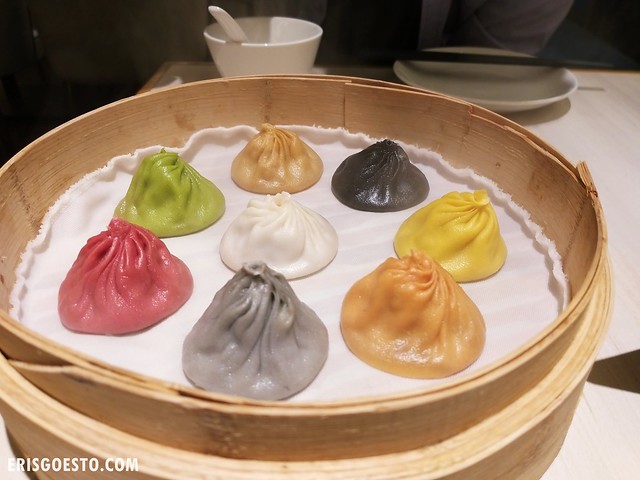 Breakfast: It was cold in the morning and I wanted siew loong bao lol. If you have never had these dainty soup-filled dumplings you are missing out on life. I was happy that they had opened a Paradise Dynasty in Genting – it’s one of my favourite places to get good siew loong bao. Boy had the colourful 8-flavour basket which includes flavours like Szechuan, Garlic, Truffle, Crab Roe, Original and Cheese. 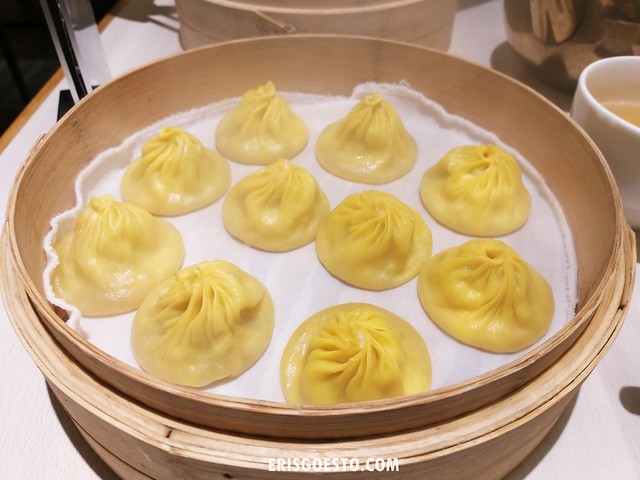 My favourite is the cheese so I ordered a basket all for myself hahaha. I could probably eat 20+ of these but wallet lol.

RM100 (probably the most expensive I’ve ever had for a breakfast). 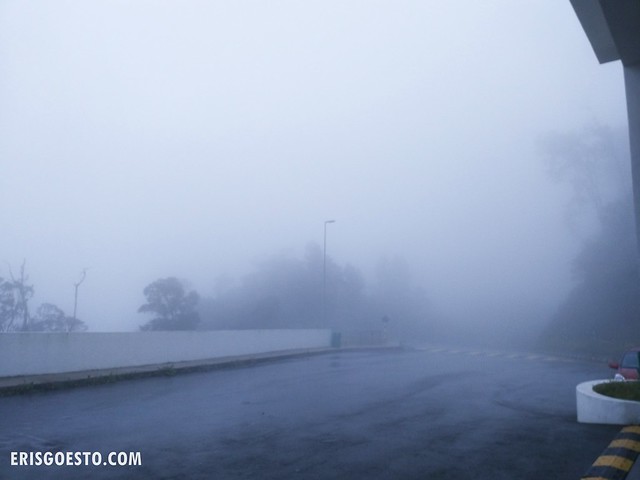 After checking out, we took the cable car down, stopping mid-way at the Chin Swee Cave Temple Station. You can stop here to explore the temple at no extra cost. It was raining a little and extra foggy – this scene looks like it could have been out of a Silent Hill film! 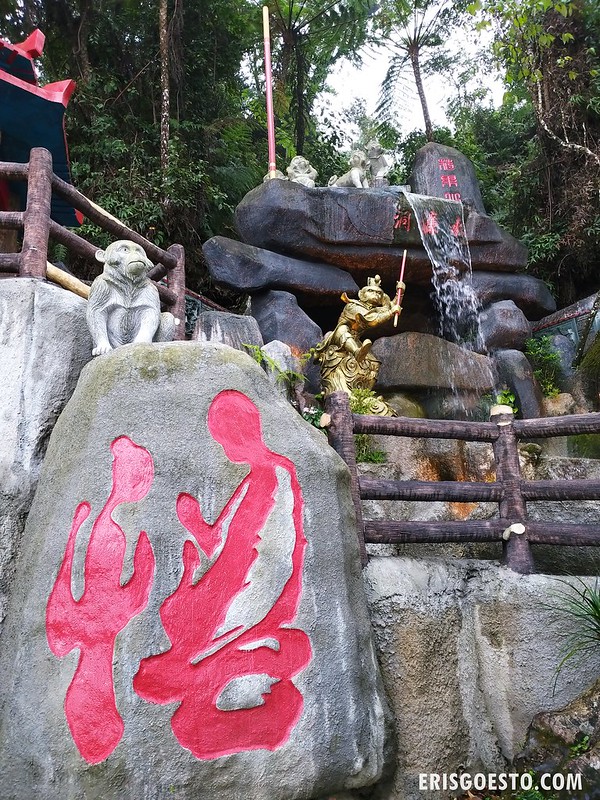 The temple sits on forested land donated by the founder of Resorts World Genting, Lim Goh Tong, and was officially opened in 1994. Combining Chinese Buddhist and Taoist beliefs, the temple is dedicated to Qingshui (Chin Swee in Hokkien), a deity in China’s Fujian province, Lim’s hometown.

Despite being 24 years old, the buildings, statues and shrines are kept in pristine condition – almost as if it was opened just yesterday. Personally, Chin Swee Temple is one of my favourite temples out of the many I have visited, simply because of its scenic location which overlooks the valley below. On cloudy days (like this one!) it really seems as if the entire temple is floating above the clouds. 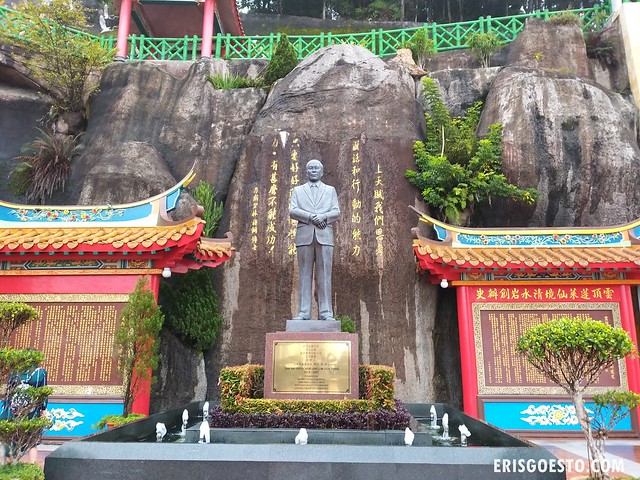 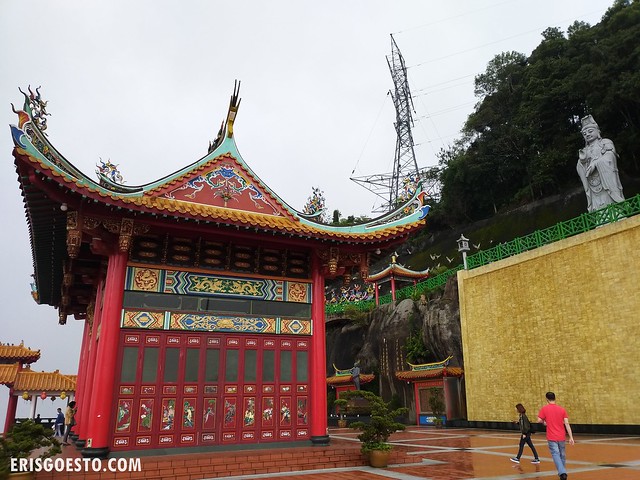 The central courtyard which features a traditional wooden building that houses several deities, and a large statue of Gwan Yin, the goddess of mercy. 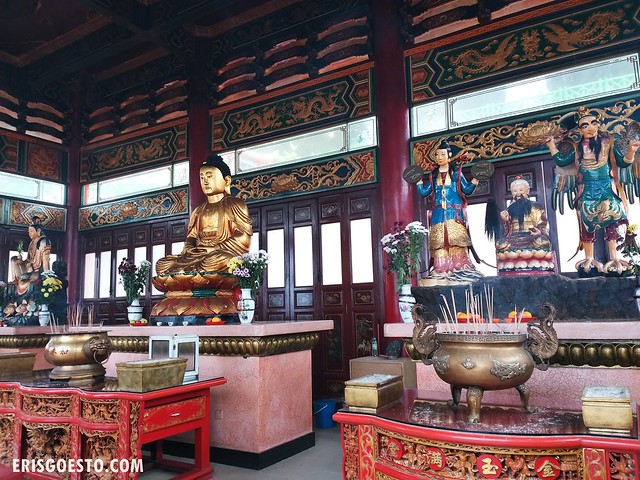 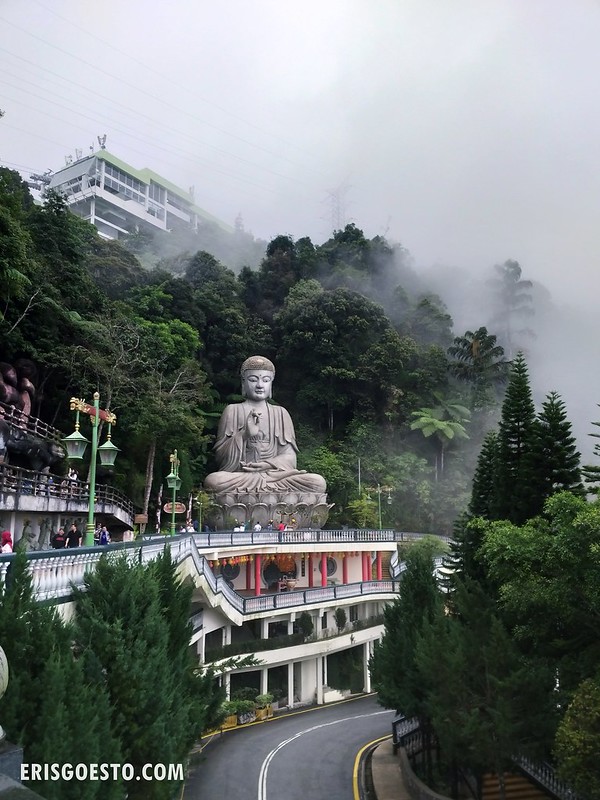 Another prominent statue at the temple is that of Buddha, which towers at least three storeys-high. Look at how misty it is! Gave the place a mysterious, ethereal feel. 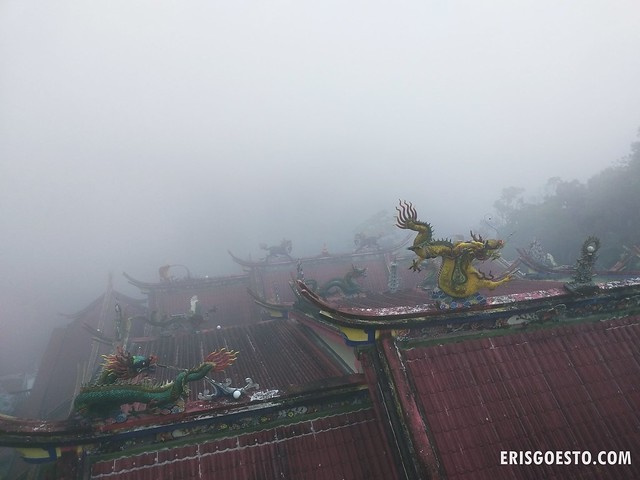 The valley all but disappeared. Shrouded in mist, the dragon statues looked like they’d come alive at any second. 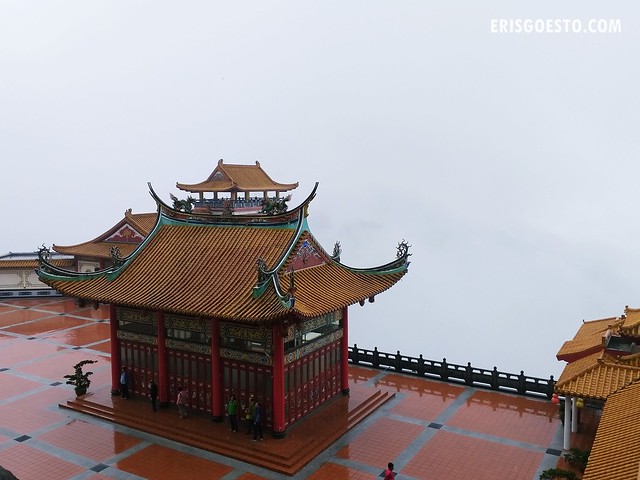 View of the mountains from the temple’s balcony. It looked exactly like an ancient Chinese painting! Why travel to China when you can get breathtaking views like this here ? 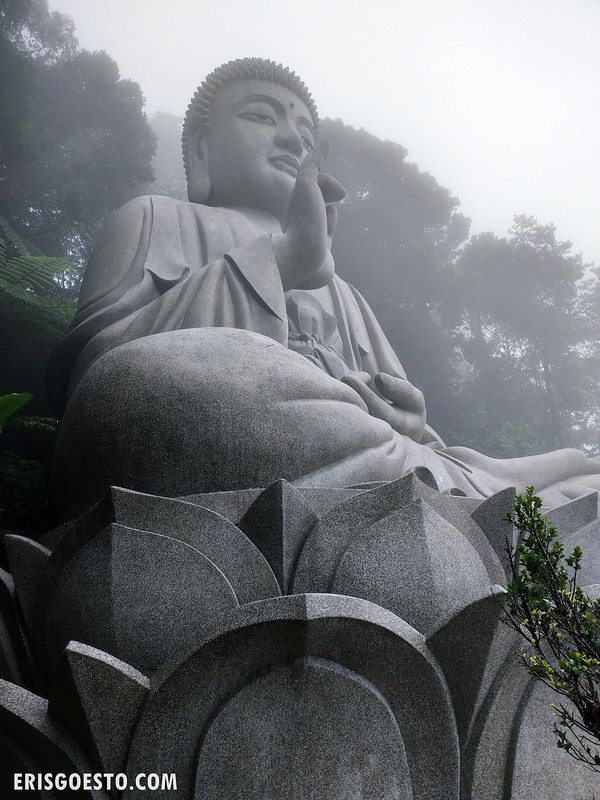 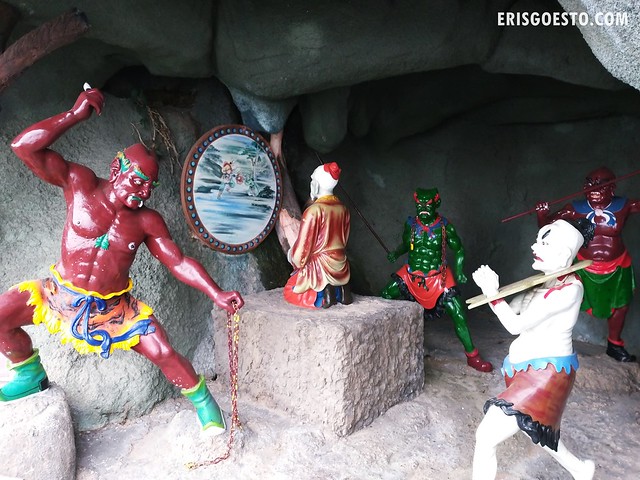 The temple has a section called Journey To Enlightenment, which details one’s ordeal after death, and subsequent rebirth. Pretty scary stuff, as the statues show in graphic detail what evil-doers will have to suffer through when in hell. 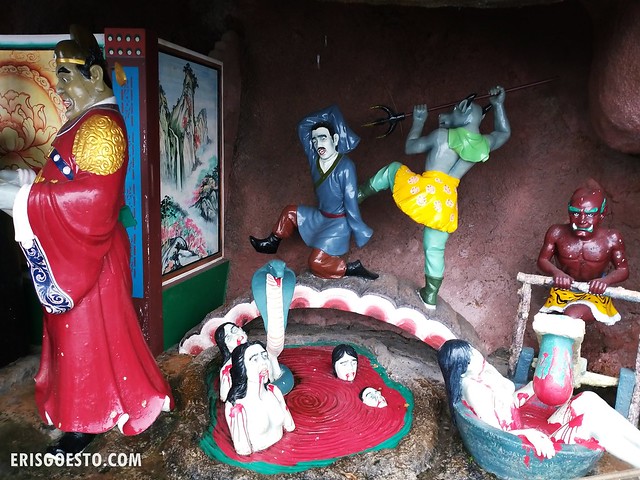 Ye probably not something you want the kids to see lol 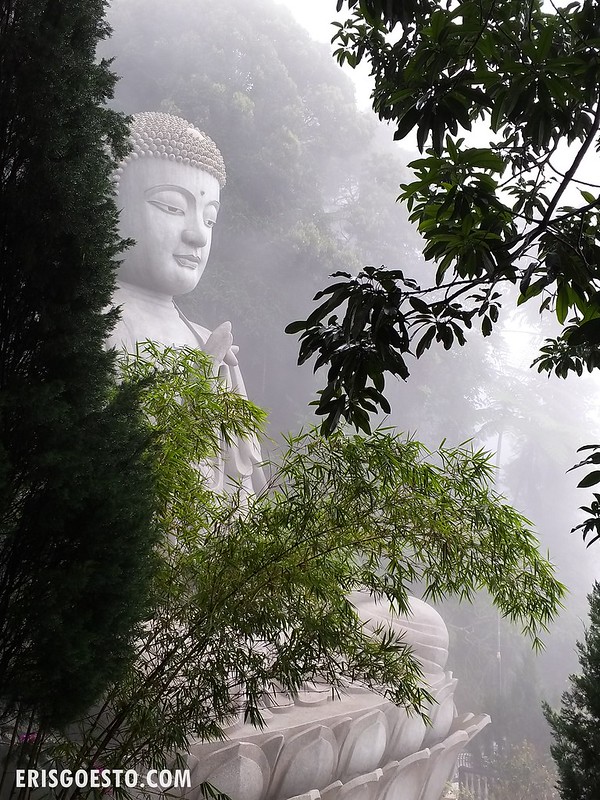 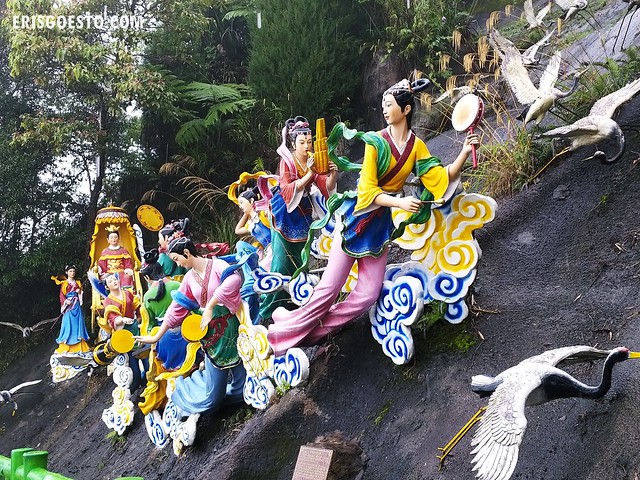 The bus and cable car ride back costs about RM14.

So there you have it! Our 2D1N itinerary to Genting. Course, you can save more if you don’t eat as pricey as us bahaha.