Modelled after world-famous flower and garden events the likes of the Chelsea Flower Show in London, the Philadelphia Flower Show in the US and the Singapore Garden Festival in Singapore, the Royal Floria Putrajaya is an annual event held in Malaysia’s administrative capital, Putrajaya. This year marked a significant milestone, as the show celebrated its 10th anniversary, and was held over a 9-day period coinciding with the long Merdeka Day holidays. 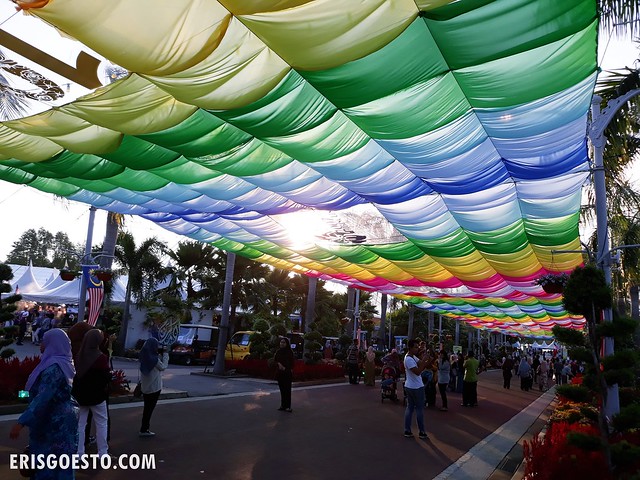 The last Floria installment I attended was in 2014, but the events have always been pretty well organised so I was expecting as much this year. Brought the Boy here on a weekday evening to avoid the crowds; and it did not disappoint. There was a colourful tapestry at the entrance – they had a similar one in 2014 but with umbrellas. 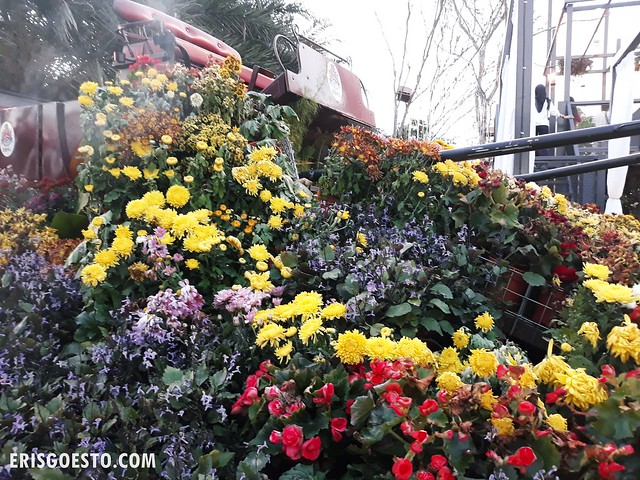 Living in the city and in a tropical country, it’s hard to find temperate blooms – so it was nice to see the colourful flowers and beautifully landscaped gardens.

The original Floria shows were free, but a couple of years back they started charging people  (currently it’s like RM14). It’s not too pricey, and I feel that it’s worth the entrance fee, since I can see that they’re improving their standards and exhibits year after year. 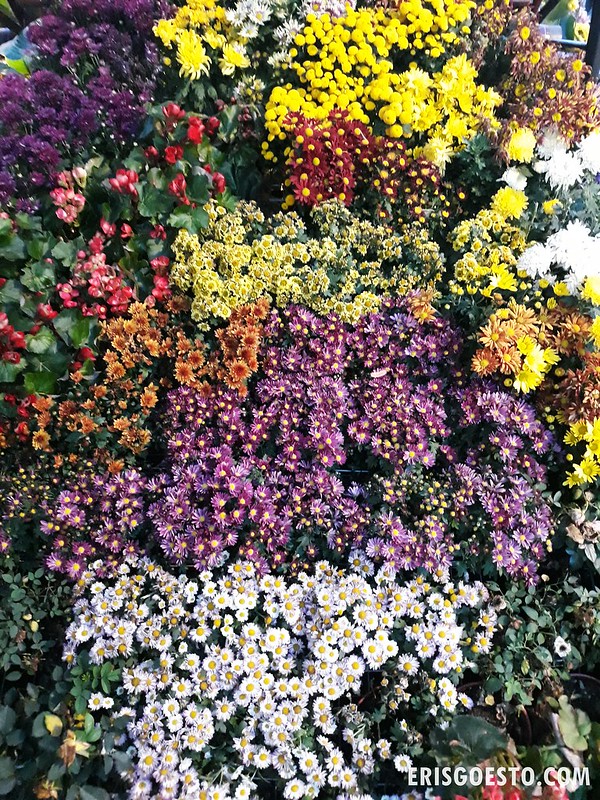 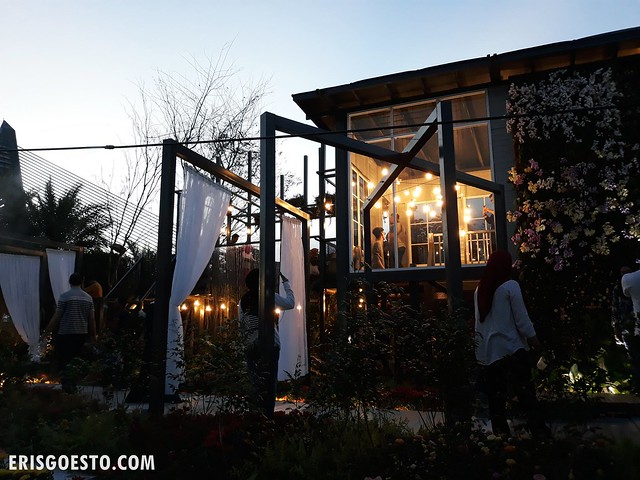 One of my favourite spots was this nicely landscaped and designed garden, complete with a pathway lined with sheer curtains, and an elevated walkway leading into a wooden house, tastefully illuminated with ambient lighting. 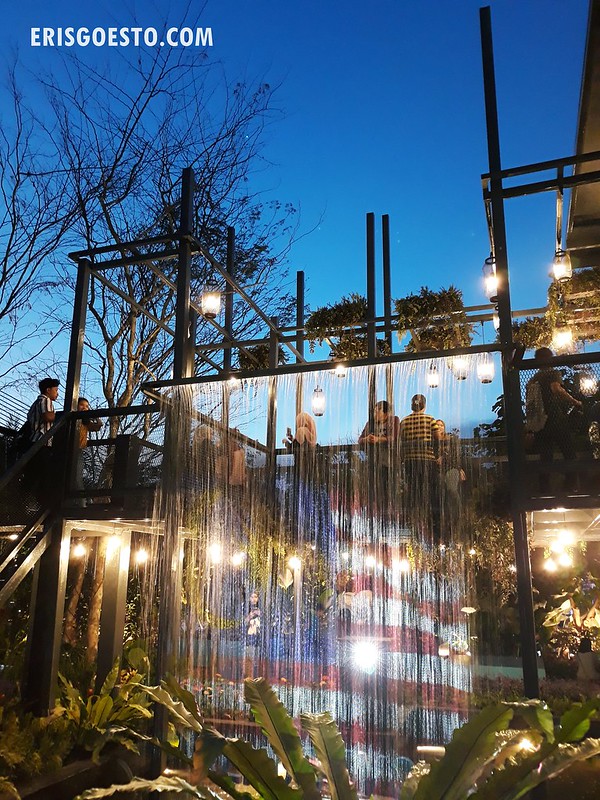 Also a water fountain with the Malaysian flag projected on it! 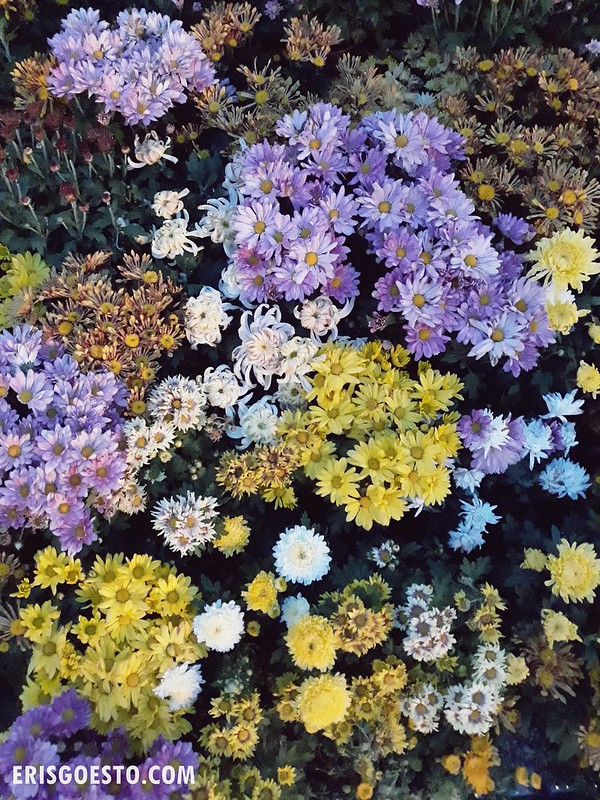 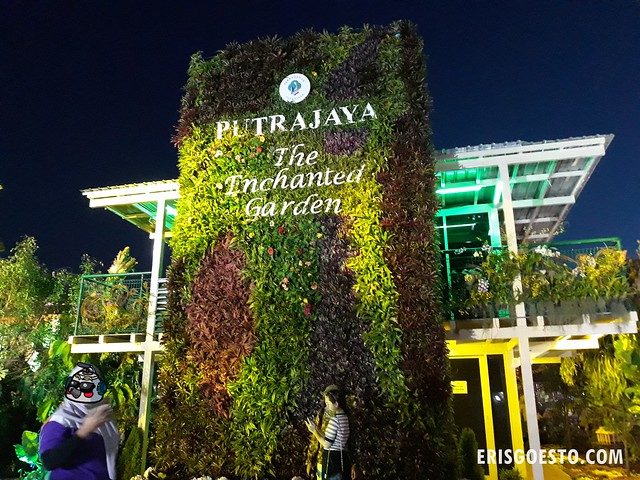 Another themed section called The Enchanted Garden. There was a hidden dark room within with a digital projection of butterflies  onto physical plants. The effect was quite magical. 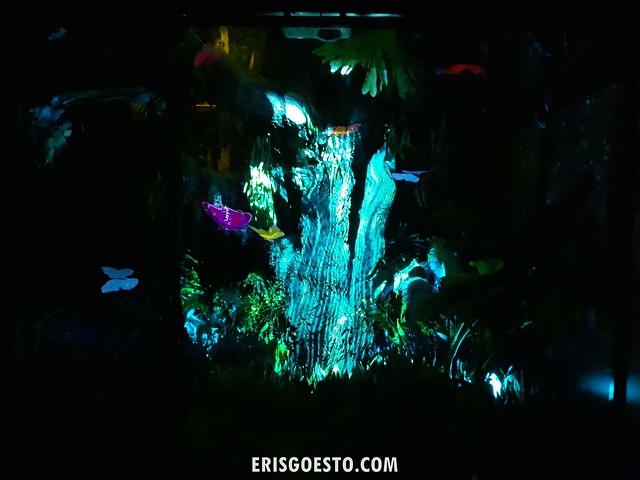 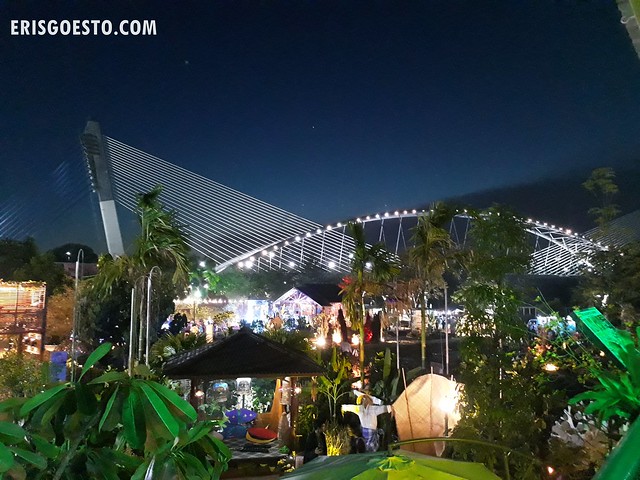 View of the Putrajaya bridge from one of the building’s balconies. 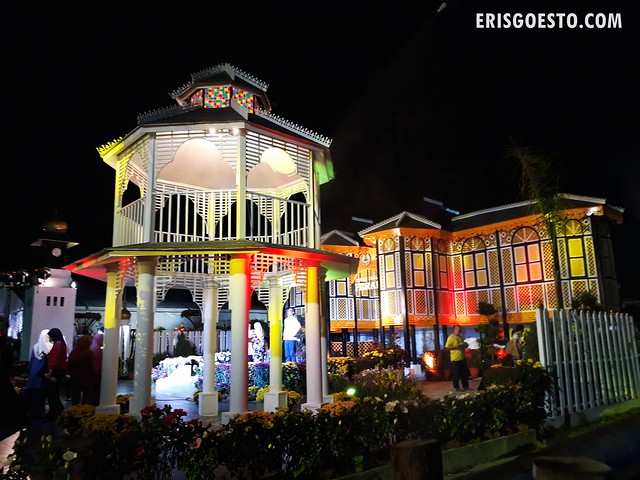 Another themed area which caught my eye was the replica of the royal palace in Kuala Kangsar, Perak. The architecture was spot on, and I liked the gazebo which was lit up by changing colours. 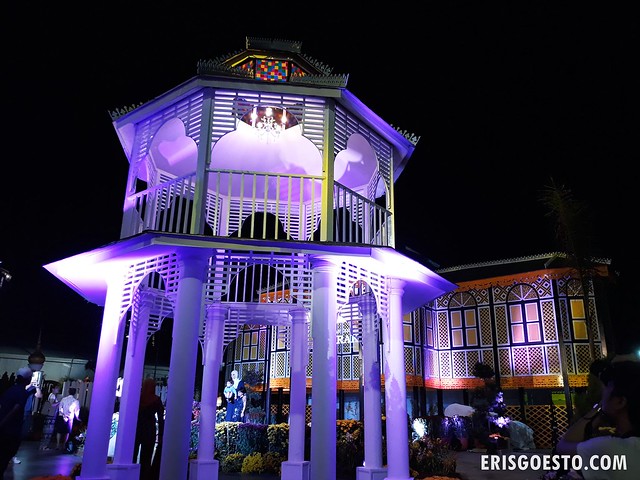 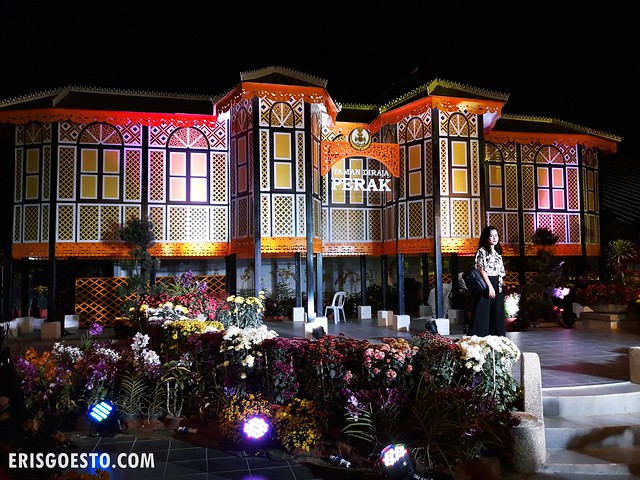 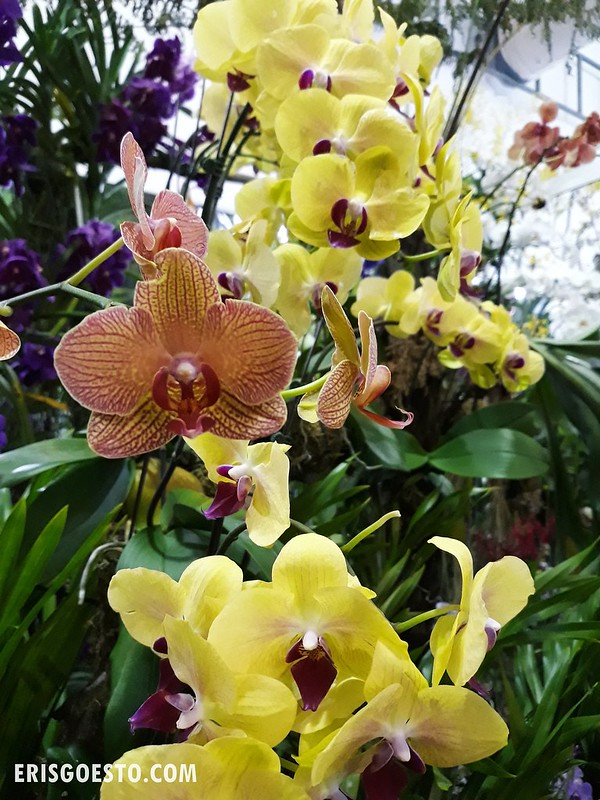 The weather was pretty muggy even though it was evening, so we escaped to the air conditioned confines of a tent, which had an exhibition on orchids and floral displays. 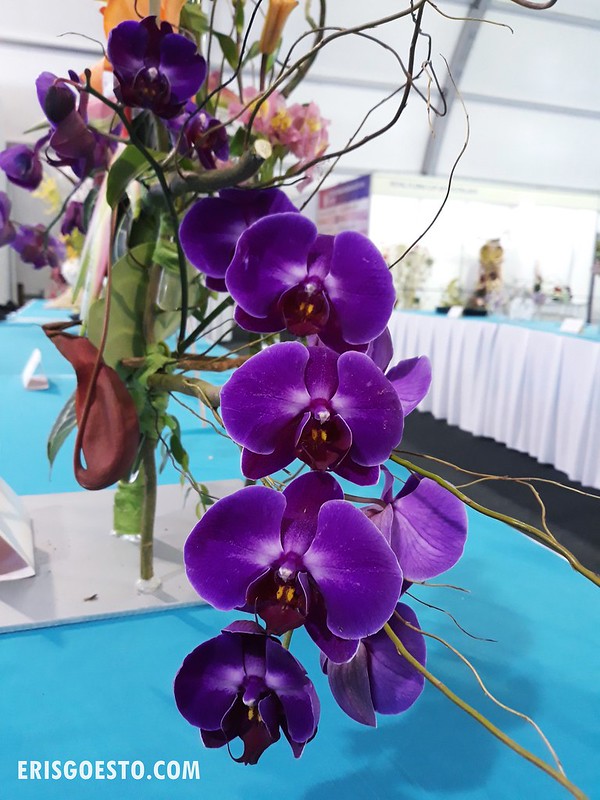 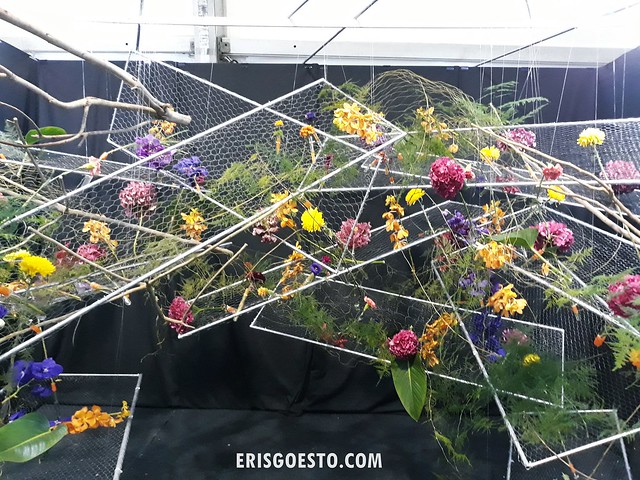 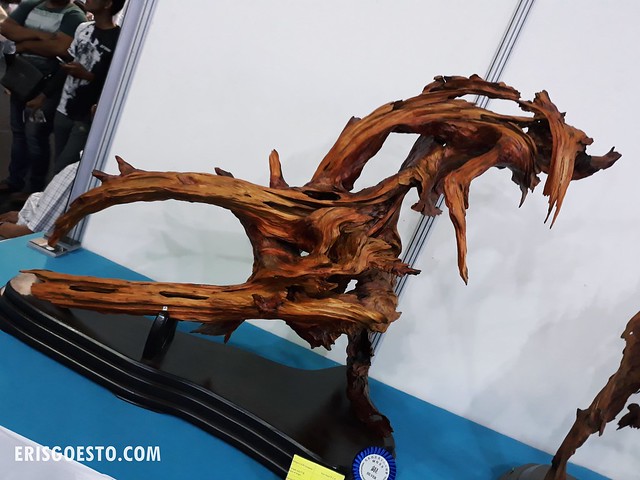 There was a Suiseki (stone) and wood exhibition which was extremely interesting! Apparently there are collectors for these rare and oddly shaped rocks, stones and wood which have not been carved or altered in any way, save for a few accessories here and there. It was fun trying to see what shape they resembled, and a little hard to believe that these were made by nature and not man. 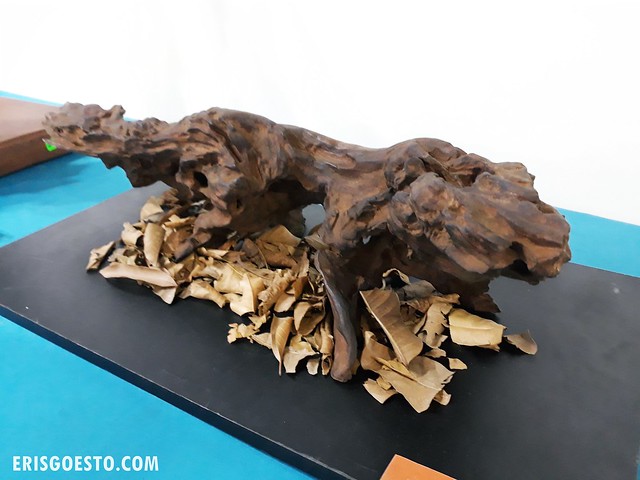 A piece of wood that was a dead ringer for a monitor lizard. 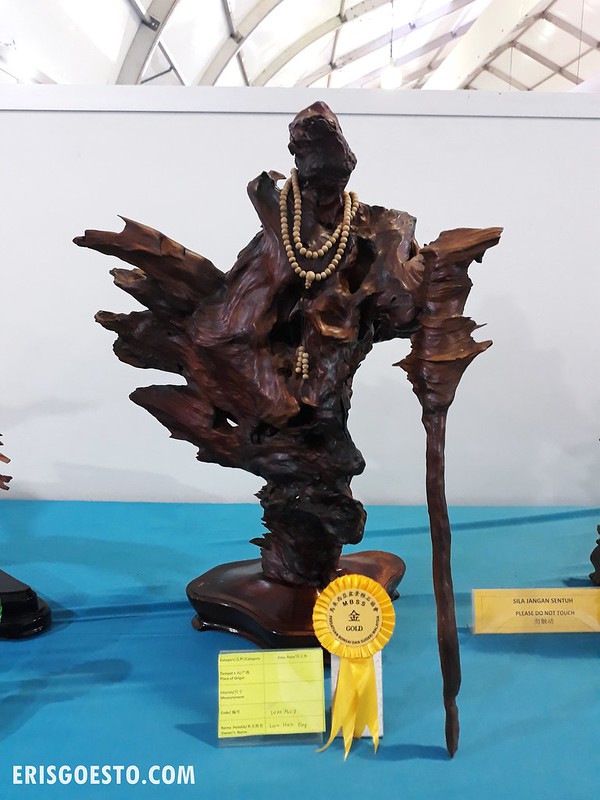 A gold prize winner, which resembled a monk/pilgrim in flowing robes, holding a cane. 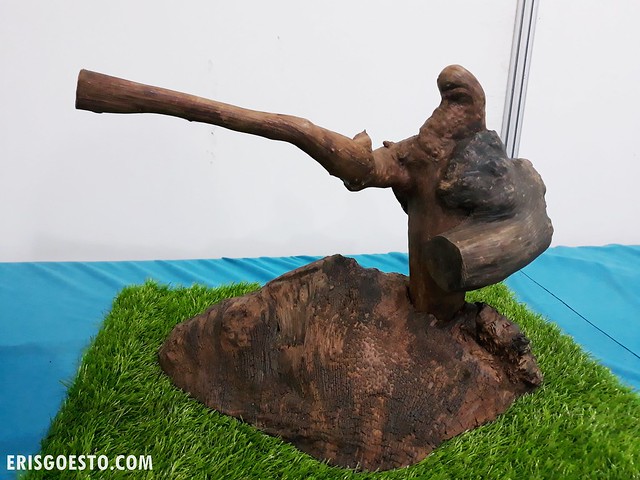 Another one that looked like a certain Chinese deity with a sloping forehead, a walking stick pointed outwards and a bag under his shoulder. YOU CANT UNSEE IT 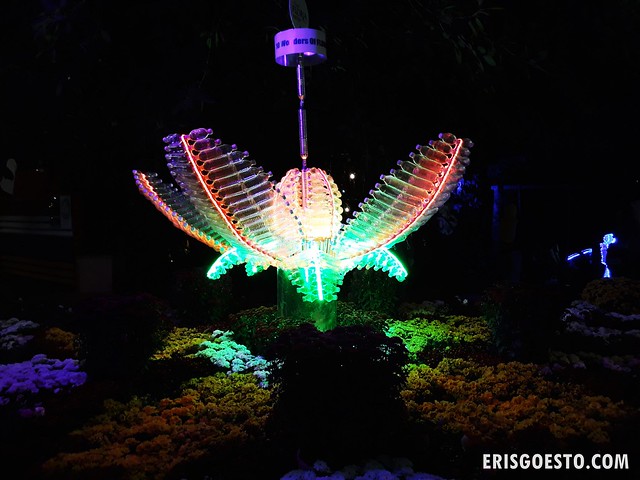 Mechanical flower made from glass bottles. Creative! It could open and close its petals. 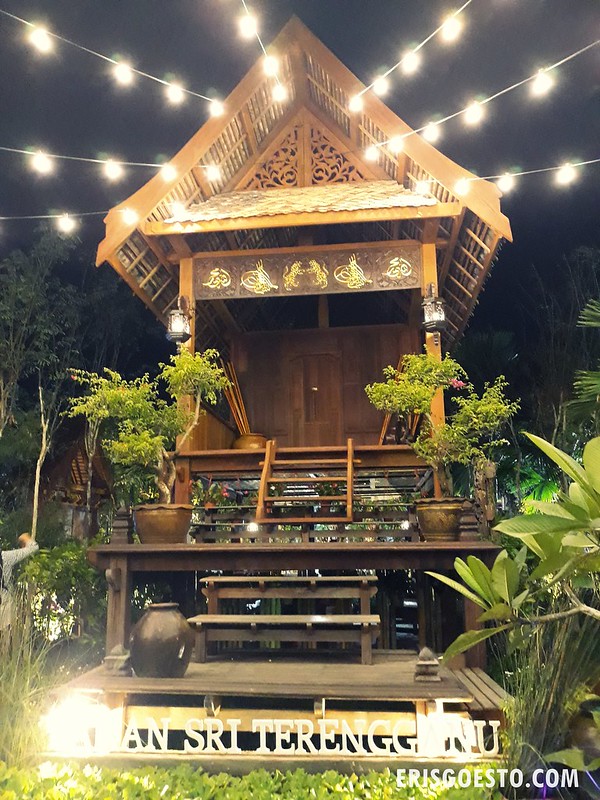 A gazebo in the themed garden for the state of Terengganu. 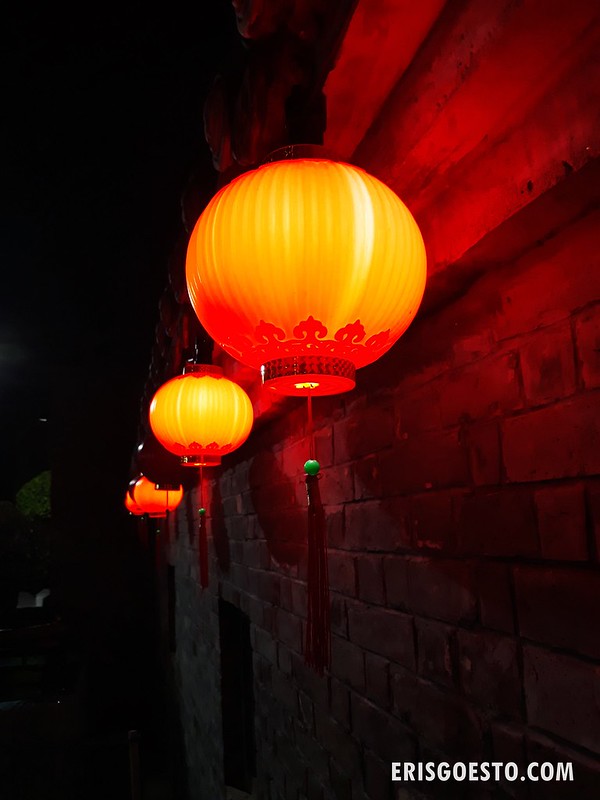 Lanterns in the Chinese garden.

Until next year, Floria! Twas’ a fun experience, and I can’t wait to see what they’ll have in store for 2019. 🙂